Dota Auto Chess, the most popular mod in Dota 2 these days (and which has nothing to do with chess), is becoming a standalone game made by Valve themselves. I had not predicted that this would be Valve's next game. Valve say they talked with mod creators Drodo Studio about working together and, while dreams of collaboration fell flat, they did agree to each work on their own versions of it. Presumably some money is changing hands too? So Valve are now making a standalone Dota Auto Chess while Drodo are continuing to work on the mod as well as their own mobile game that basically just replaces the characters. So that's a game based on a mod for a game based on a Warcraft 3 mod based on a StarCraft mod.

Valve explain in last night's blog post that, as they have with other teams and studios before, they flew Drodo Studio out from China to chat about collaborating in some capacity.

"We had great conversations, but we both came to the conclusion that Valve and Drodo could not work directly with each other for a variety of reasons," Valve say. "We ended up agreeing that we'll each build our own stand-alone version of the game, and support each other to the fullest."

Drodo's standalone is the mobile game Auto Chess, which replaces the Dota heroes with off-brand lookalikes. It's so similar that Valve are helping Drodo import account progress from the mod to the mobile game.

"Being a fan of Dota 2, we have great confidence in Valve's new game, and expect the next world-class game," Drodo say. "In the meantime, with Valve's support, Drodo will continue updating the DAC mod, and attempt to design new modes and adaptations in our standalone game."

Many of you at this point may be asking "Dota Auto What?" It's a mod for Valve's free-to-play MOBA, available on the Steam Workshop, which young Matt described as "like Football Manager with wizards."

"First of all, forget about the chess thing - the only real point of comparison is they they both have pieces and boards. You build a team of heroes, whack them on the board, then leave them to get on with the actual whacking by themselves. They all have abilities and synergies, with the aim being to build a balanced team a la Dota 2 itself. Unlike Dota 2 itself, those heroes level up by fusing into bigger and better units."

Right so it's neither Dota nor Chess nor a combination of the two okay cool. 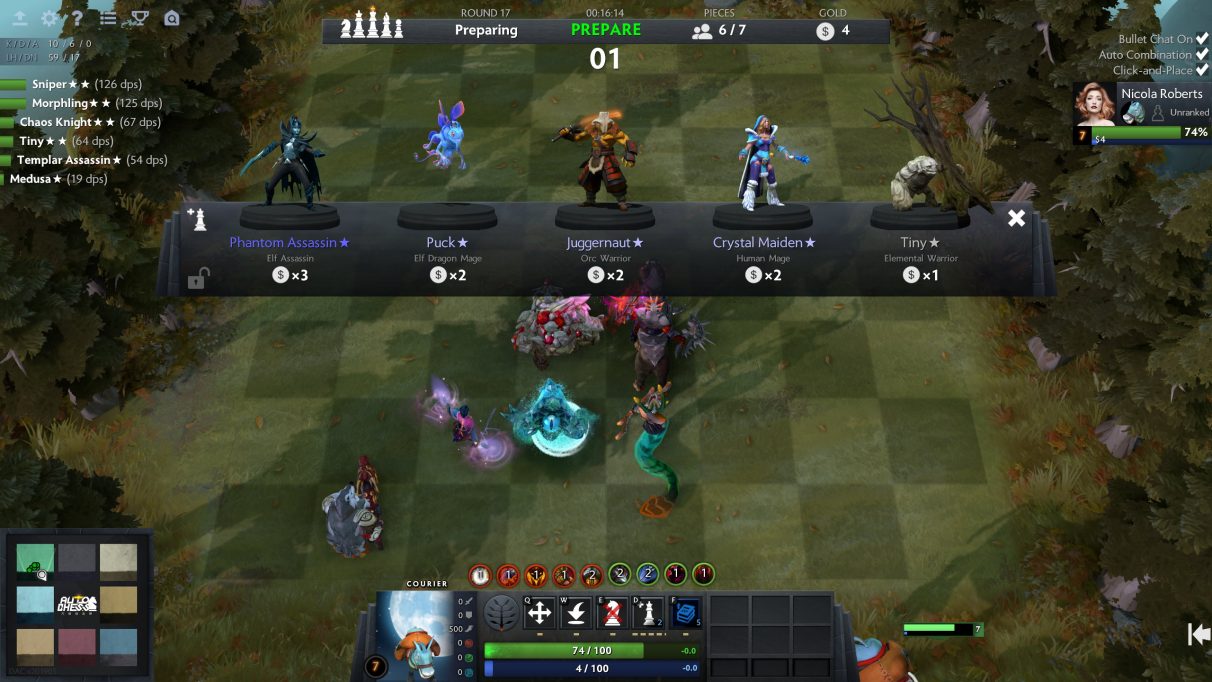 Auto Chess feels, like Dota 2 itself, rooted in the Warcraft 3 mod scene. It's weird, it's complex, it's re-uses characters for something quite different, it borrows ideas from other mods (Gem TD especially springs to mind), and, most notably, it's wildly popular for something so esoteric. Dota 2 stats say Auto Chess currently has 154,599 players - almost a quarter of all players in-game right now.

A polished standalone release would be helpful. Like ye olde DotA Allstars for Warcraft 3, the interface is a mess because it's trying to make a game do things it wasn't really built for. A little tinkering under the hood so players don't have to e.g. issue commands via a donkey would be welcome. It'd also be easier to attract players with a single download rather than sending people to download a different game then into the Steam Workshop for Auto Chess.

No word yet from Valve on when they plan to launch their standalone Dota Auto Chess. If they named a date, would you believe them anyway?

Valve's first attempt at a Dota spin-off, the card game Artifact, flopped hard. I know Matt liked the game but microtransactions to buy cards on top of a £16 box price put many off, especially as prices for the best cards skyrocketed. Valve have put updates on hold while they rework some fundamentals and Artifact averages under 150 players these days.