We all know the drill by now. Hard disk drives (or HDDs) are slow but cheap. SSDs are fast but expensive. We can often justify the latter if we're getting a small, internal drive for installing things like Windows or a couple of games on, but once you're into the realms of 2TB and above in SSD land, you're going to need to start handing over a few body parts in addition those buckets of cold hard cash. They're just too darn expensive for most of us, especially if you're after an external SSD like our Samsung's T5 or its very close rival, the WD's My Passport.

I must admit, part of the appeal of external SSDs is that they're much less likely to break after being carted about in a bag for any length of time. SSDs don't have any moving parts like HDDs do, so there's much less that can go wrong if you happen to drop it, bash it against your desk, or are just generally a bit rough with it when you're transporting it from A to B. Trust me, RPS vid bud Matthew has broken so many external HDDs going to and from work over the years that our house could almost double up as a HDD graveyard. 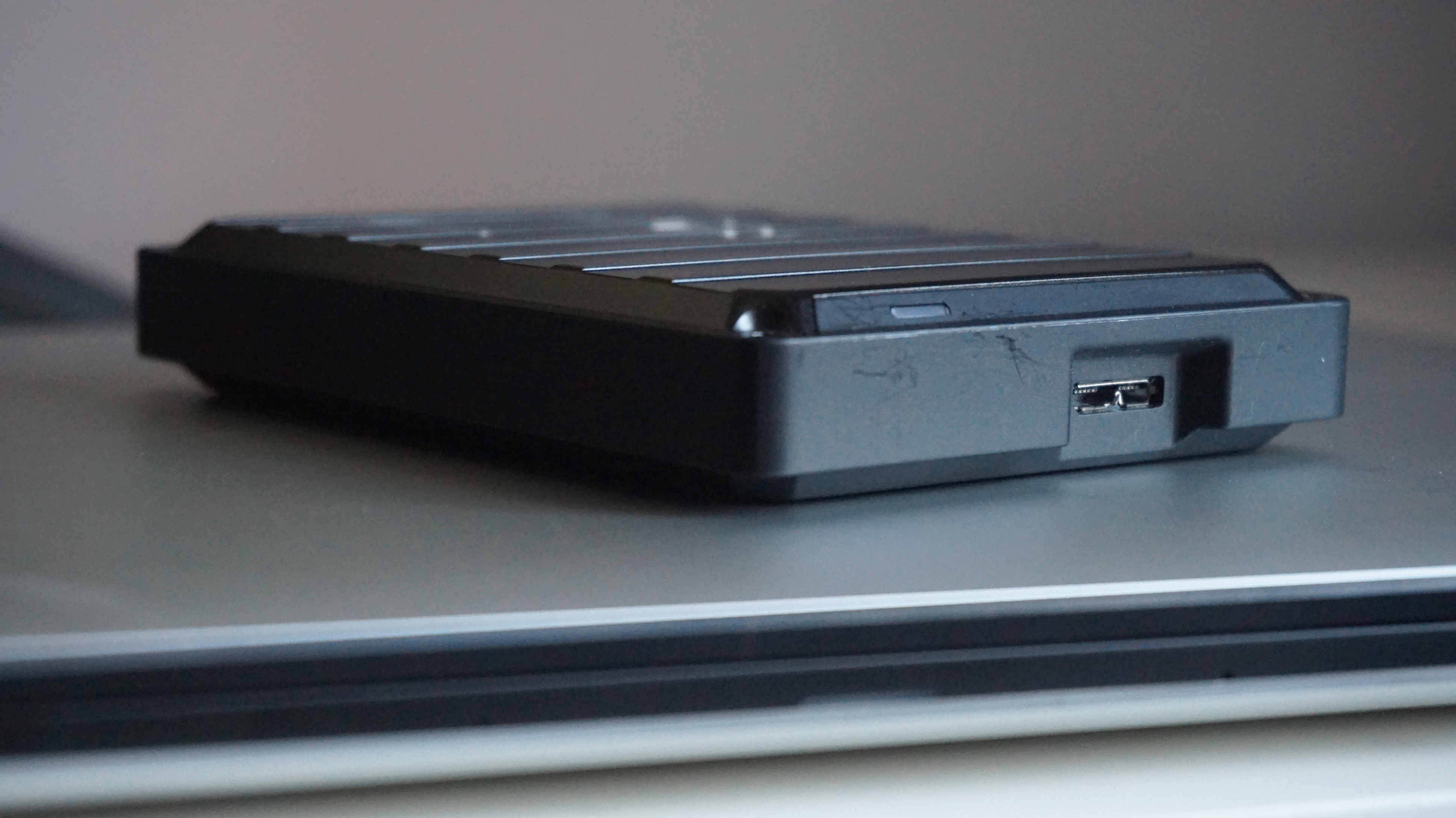 The Black P10 does help to mitigate those fears a bit with its rugged-looking design and tough metal exterior, but when WD makes no mention of whether it's got any kind of shock or drop resistance, for example (either on the box, its product page or its specs sheet), I wouldn't be surprised if part of its shipping container-esque looks is largely for show. I'd still be conscious of it if I had it in my bag, for example, and I'd be worried that every knock or accidental shoulder barge was going to harm it somehow. It does, at least, come with a three-year warranty (the same as what you get with the Samsung T5 and WD My Passport), so at least you get some peace of mind for those first few years.

It's also a heck of a lot easier to use than older external HDDs as well. I own a now quite elderly WD MyBook Studio, for example, and not only is that absolutely enormous compared to the diddy dimensions of the Black P10, but it also needs to be plugged in and its USB standard is so, so slooooow. 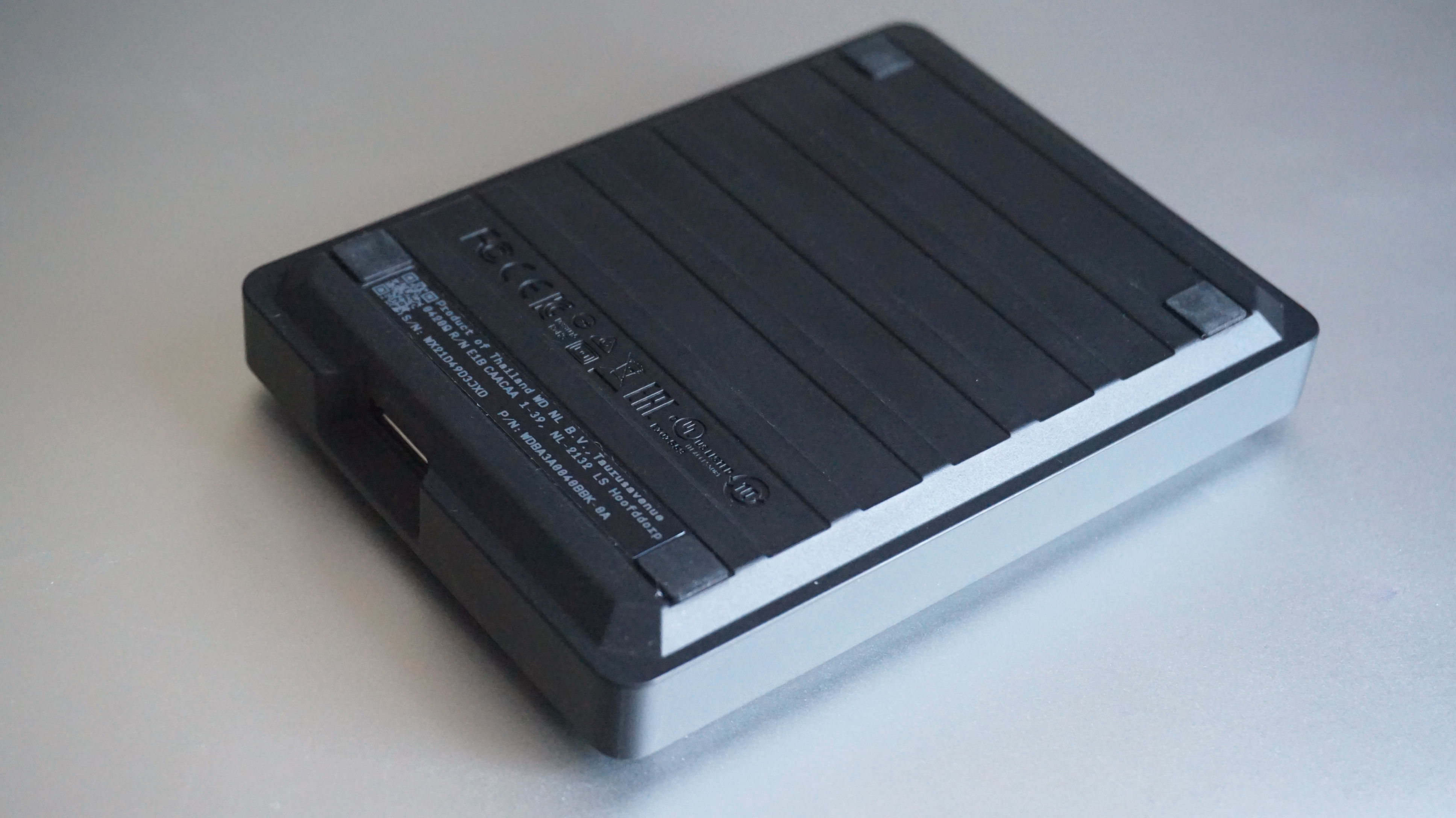 The Black P10, on the other hand, measures just 118mm long and 88mm wide, and varies between 13mm and 21mm thick depending on the size capacity. The 2TB model also weighs a mere 140g, while the 4TB and 5TB models come in at just 230g. Plus, it can just be plugged into your PC via its USB 3.2 Gen 1 cable, no plug socket required.

Admittedly, WD claim the Black P10 can only manage speeds of up to 130MB/s, which is a long way off both the 5Gbit/s (or around 625MB/s) that its USB 3.2 Gen 1 cable can technically accommodate and the 500MB-odd per second speeds offered by its external SSD rivals. Still, while the random read and write speeds of the 4TB model I was sent for review were very much in line (if not slightly faster) with my PC's internal HDD, coming in with a rather pitiful, but largely expected 0.38MB/s read and 3.75MB/s write in AS SSD's 1GB 4K random test, the Black P10's transfer speeds were a lot more promising. 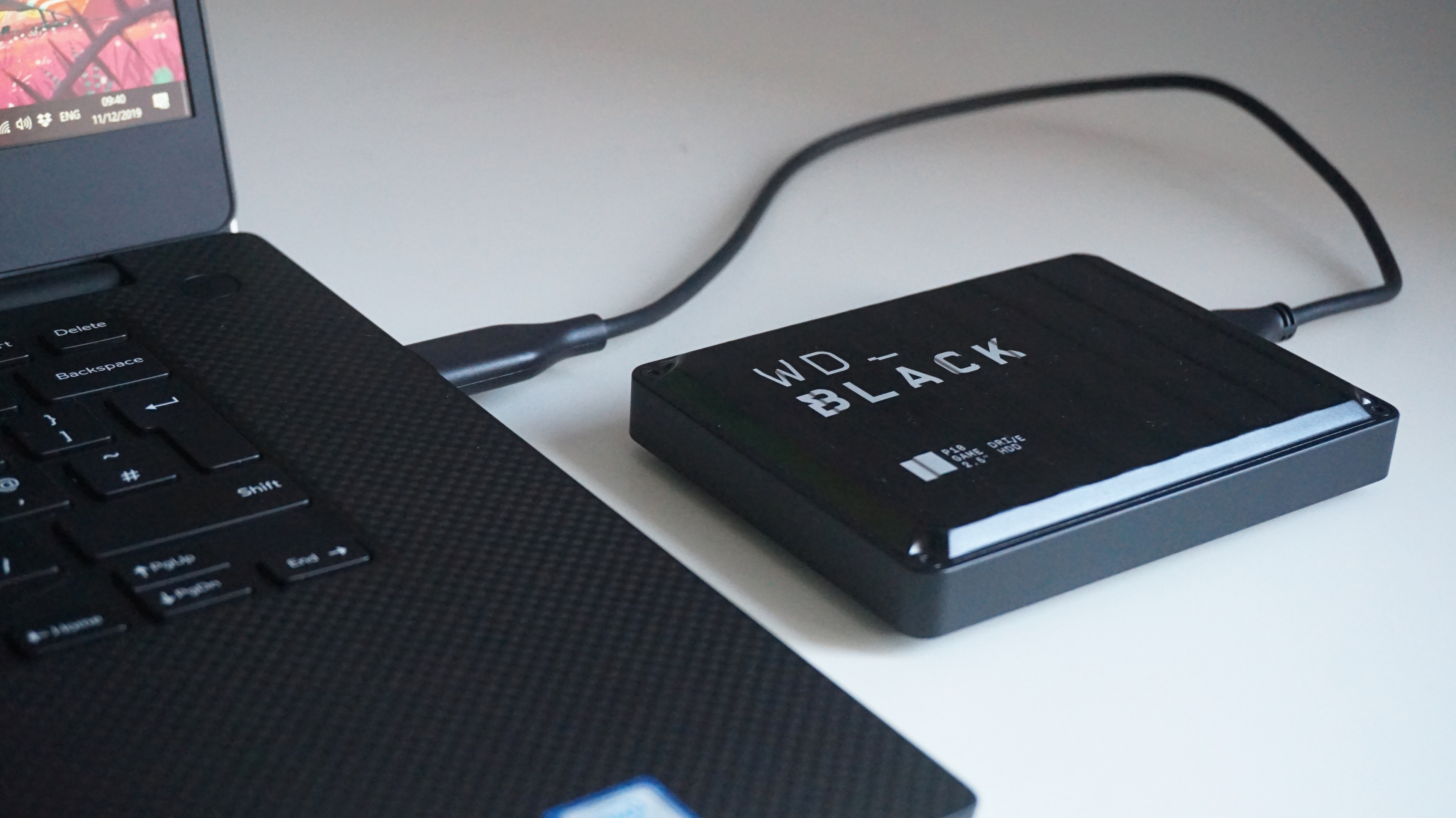 To test this, I used AS SSD's copy benchmark. This involves transferring three different file types from the OS onto the drive - an ISO folder comprising of two large files, a programs folder with lots of little files, and finally a game folder that's made up of both big and small files. Here, the Black P10 managed 112.5MB/s for the ISO, 82.4MB/s for the program folder and 107.3MB/s in the game test.

In each case, it came in at roughly half the speed of the Samsung T5 and WD My Passport, both of which managed around 320MB/s for the ISO, 150MB/s for the program folder and 260MB/s in the game section. Yes, it might take twice as long to copy those files as its external SSD rivals, but when you factor in how much less you're actually paying for the Black P10 compared to either of those drives, I think I'd be all right twiddling my thumbs for a bit.

In short, the WD Black P10 still makes a good case for itself despite being up against significantly faster external storage devices these days. Its design might not be to everyone's tastes, but as long as you don't mind plonking a small corrugated black box on top of your PC (for its cable is only a shorty), then by all means knock yourself out. It gets a thumbs up from me.