E3 2018 begins on Saturday and over the week that follows will deliver new games, new trailers, and new details of what PC games we'll be playing in the years ahead. It is pure hype, all pomp and gloss and outlandish promises - but that's exactly why E3 is great. It's games as nothing but ideas and potential, before the yoke of reality gets attached by those games actually being released.

So let's follow in kind. Without restrictions, what does the RPS team hope to see from this year's E3? Unannounced games we hope exist, announced games we want to see more from, anything goes. You can watch the video above for some ideas, you can read the words below for some more ideas, and then if you like you can let us know your own suggestions in the comments.

I’ve always enjoyed Fable as the RPG for the time poor. You get a large (enough) world, the lore and a bestiary to stab up, but it’s done in 20 hours or so. This way you’re also encouraged to hop back in and start playing with the signature morality system, seeing what kind of hero, and to some extent, world, you can shape by choosing to burp instead of bow at key moments. Yes, it’s screwy - eat enough ‘ethical’ celery and the people will eventually forgive you a war crime - but that’s part of its wonky, British charm.

Murmurs of a fourth entry have increased recently; odd, considering Microsoft put a bullet in Lionhead only two years ago after preventing them from making an outright sequel. Gossip says Fable is now in the hands of Playground Games, the makers of the outstanding Forza Horizon series. It’s not as horrible a combination as you might fear: they’ve got good form with open worlds, they make polished games (Fable, bless it, was always a tad janky) and Forza Horizon has lots of barns in it, which Albion does too.

But the real beauty of Forza Horizon is the way it presented the carefree, accessible face of racing, which is arguably what Fable does for the RPG. Of course, it could all be speculative nonsense, in which case, I am also excited for Forza Horizon 4, which is pretty much a shoo in. They should set it in the UK so I car tear up Homebase car park like a boy racer.

I only want one thing: cat-based Elder Scrolls. Massive cats. Desert cats. Cats with angry faces and lazy posture. Cats with wares, if you have coin. Worried cats with problems in their bakery (the elf who supplies the yeast hasn’t been seen in days). King Cat, or maybe Sultan Cat? Wizard cat who hates skooma dealers and is determined to wipe out the drugs trade in his village. Elder cats who can’t stand the sight of you, filthy Argonian, get out of here. Jungle cats. Cats from the north, with their strange ways. Cats playing with long threads, but it’s a trap, the thread goes into a cave, and there’s more cats in the cave, but bad cats. I love cats. Imagine a cat, but he’s got a bird friend, yeah? Amazing. A whole new bird species introduced to The Elder Scrolls. Delicate, finch-like creatures with no clue about anything. They need protection. From cats.

I don't have a particular game in mind, but I would like reassurance that big-budget immersive sims are still being made. With Deus Ex on holiday, and people muttering (though not fully-informed) concerns about Dishonored 2 and Prey, there's anxiety in the air around whether we'll be opening locked doors and chests with the code 451 again any time soon. I have inhaled that anxiety and now it's mine too. I suppose Hitman 2 will be on the scale, as our Alec would tell you, and who knows if S.T.A.L.K.E.R. 2 will either be on show or amount to anything, and now that I think of it there is that Prey expansion or summat that Arkane have been teasing forever, and oh I forgot about System Shock 3 maybe we'll see something/anything of that.

With my fears abating (though not passing), I'm changing my answer to: No One Lives Forever 3. Might as well shoot for the Moon. 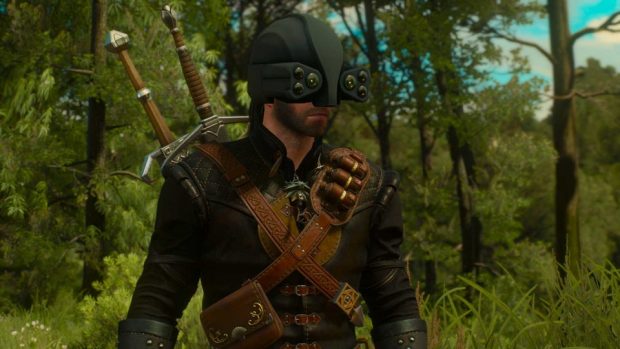 I’m not expecting Geralt to show up, though the devs have established that isn’t impossible. I’m also not expecting it to actually be set in space - though I am expecting a futuristic open world that’s brimming with similarly challenging, moving and absorbing stories to the ones that I found while wandering about the Witcher 3. I generally get more excited by the territory that sci-fi explores over fantasy, and I’m looking forward to what the same writers can pull off in a genre that’s closer to my interests. Come on, CD Projekt, let’s get philosophical.

There’ve been murmerings about some kind of multiplayer element, too, and I’m the type to find that intriguing rather than offputting. 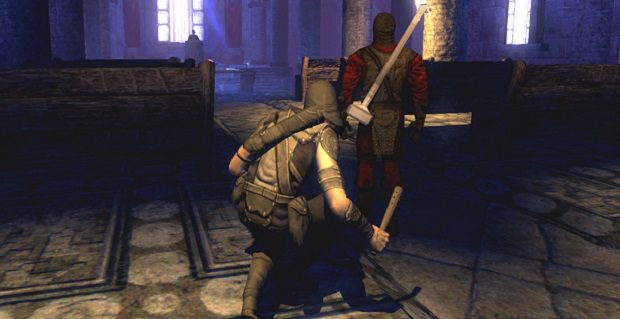 I find E3 such a demoralising prospect, a week of the biggest lies and stupidest nonsense in an industry made of lies and nonsense. I prefer to pretend it’s not happening, not watch any of the conferences, and only notice the trailers three weeks later. Which explains how I’m such an excellent games journalist.

So what am I hoping for? Peace and quiet. But also perhaps a lovely surprise announcement of a delicious new RPG from the likes of Larian? A string of trailers for Just Cause 4 that delude me into believing that this time they won’t ruin it by having ludicrously escalating responses by enemies spoiling all the fun? Or if I were to go to my most outest therest place of all, news that Arkane had managed to pick up the Thief license from Squeenix, releasing Thief: The Beholden in Spring 2019.

Graham - A person crying with joy

A couple of years ago, Ubisoft and Nintendo revealed Mario + Rabbids Kingdom Battle, a turn-based tactics game starring characters from the Mario universe. During the presentation, the camera cut to its designer, Davide Soliani, tearing up in the audience as his hero Shigeru Miyamoto talked about the game. Here was a person with their heart on their sleeve, experiencing what seemed to be a moment of pure emotion in among all the marketing material that is, well, the whole point of a big event like E3. (The video above shows that moment, but if you watch it through also tells the whole story of Soliani's career journey up to that moment.)

There are a couple of other instances of the same thing happening at E3, but even if no tears are shed, there are always a handful of moments that are similar. Moments when all the gloss and advertising gives way to something strange, something inspiring, something simply joyful. That's what I'll be looking for this weekend.

(And yeah some proper Cyberpunk 2077 info would be great but Matt nabbed that one first.)

Alright, you: tell us what you're hoping to see at E3. Fallout 76? Total War: Three Kingdoms? New fruit from EA's Star Wars license, or the first fruit from Square Enix's Marvel license? Or just more people crying, like Graham.