If you click on a link and make a purchase we may receive a small commission. Read our editorial policy.
Developer: Machine Games, Arkane Studios
Publisher: Bethesda Softworks

Every time you find a new gun in Wolfenstein: Youngblood, B.J. Blazkowicz's twin daughters gush about how their daddy killed a bunch of Nazis with it. "Cor", Jess will say, "remember when Dad told us about all those Nazis he vaporised?". "Yeah", Soph will respond, "that was tubular."

When I think about how best to sum up Wolfenstein 2's co-op semi-sequel, tubular is not the first word that comes to mind.

We're 19 years on from The New Colossus. America is free once more, but the Nazis are still very much in vogue. They're in control of Europe, and one day B.J decides to bugger off and do something about it. The F.B.I reckon there's no point trying to track him down, but his daughters disagree. With no combat experience beyond shooting a goat and punching a bag, Jess, Soph and their friend whose name I can't remember pinch a helicopter and swan off to Nazi-controlled Paris. They immediately make contact with the resistance, who send the twins off to dual-handedly slaughter a zeppelin full of supersoldiers. 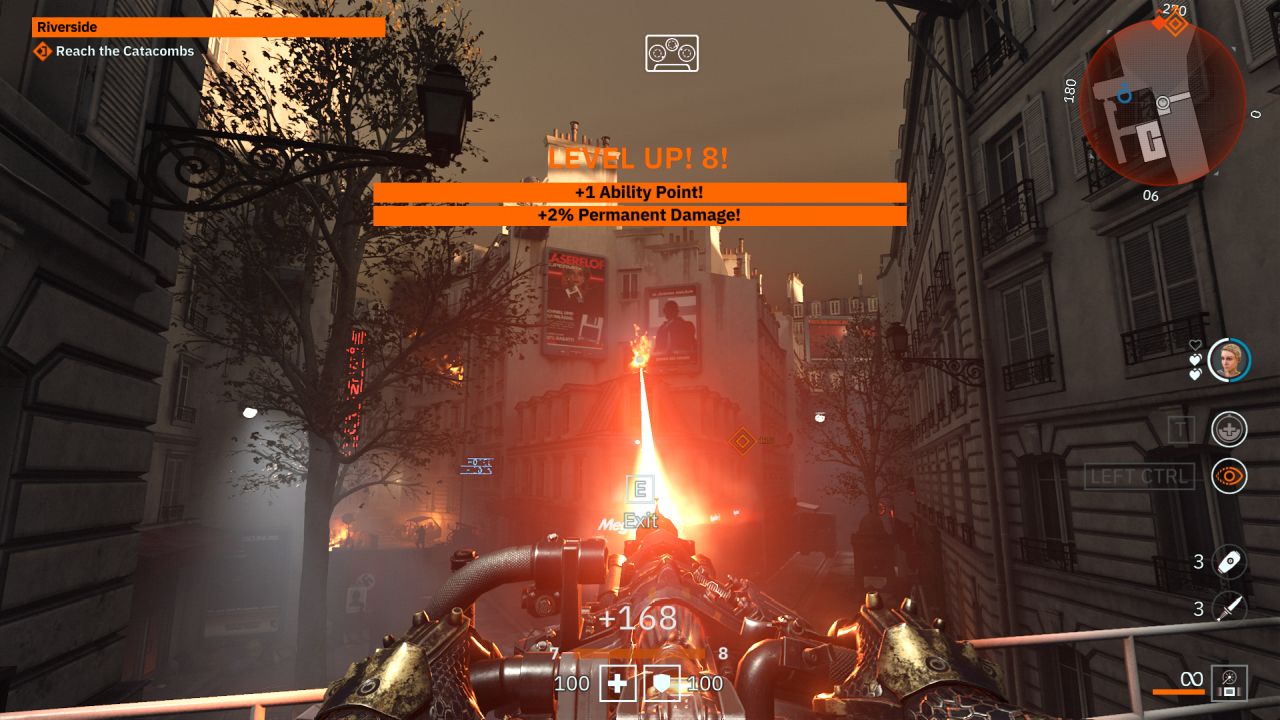 If that sounds like an inept rehash of Wolfy bombast, then you're hearing me loud and clear. But maybe your ears are tuned differently, and this all sounds wonderful. Maybe you won't be put off by an early cutscene where the girls grill their first racist: Soph's gun hand shakes, but then the soldier's head explodes and the duo alternate between spewing and whooping. It's the game's way of communicating how little it cares about emotional heft. That's fine, but, like, I do.

I need a veneer of plausibility, and Younglood isn't interested in giving me one. If I'm going to spend ten hours with two characters jabbering in my ears, then I need to feel some affinity for them, but B.Js juniors grate harder than butterkäse. I'm sure it's possible to write a great campy story about two young women butchering their way through fascist town in search of their irresponsible father, but it still needs to be told competently. If I wasn't doing forgettable side missions for people I hadn't been given much reason to care about, I was running through a bunker while an unseen villain muttered over the radio. Youngblood tries to shock, to move and to tickle, but I was mostly left stony-faced.

It's a B movie. The bad kind. A would-be romp through the same handful of city streets, blando-bunkers and gloomy tunnels. This gets especially frustrating when you remember Arkane Studios have helped design them. Arkane! Makers of Dishonoured, masters of the nook and cranny, the sprawling mansion, the well-placed vent. Look at this street, and tell me you don't see a Nazi-occupied Dunwall. 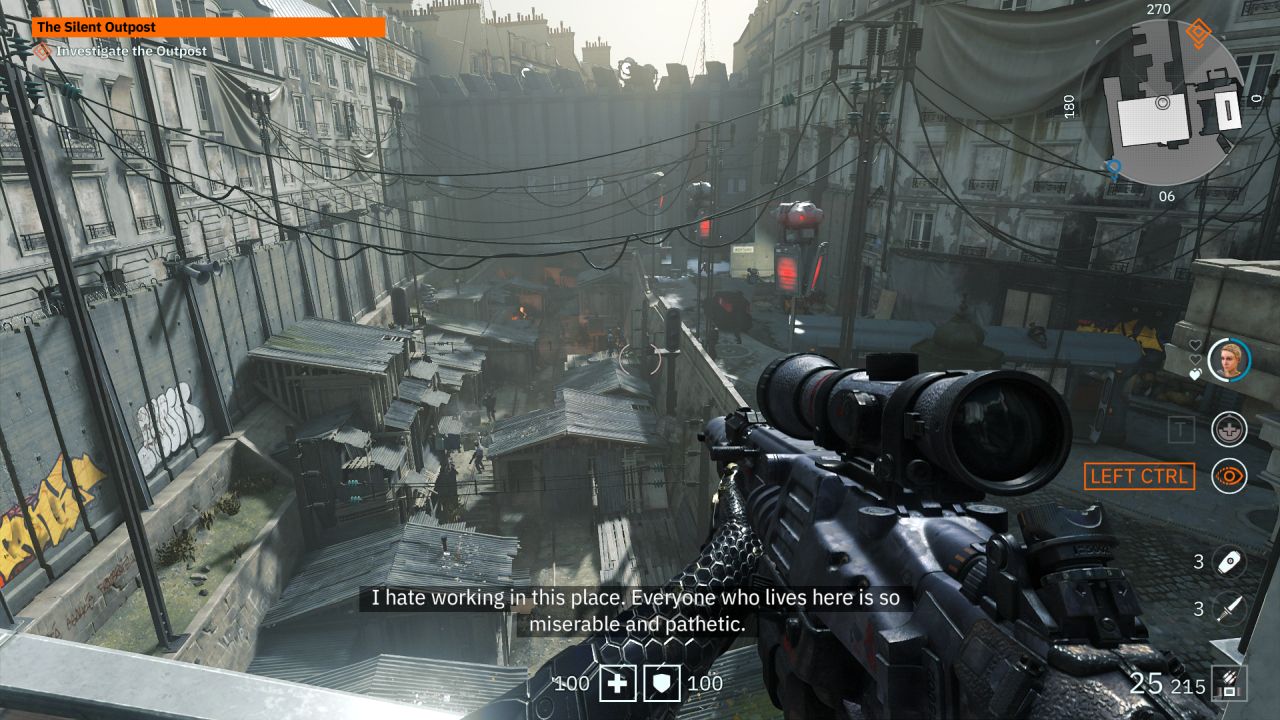 But even Arkane level design can't combat the fatigue of repetition. You'll spend most of the game trudging along streets like this one, fighting the same bands of respawning enemies. You'll shoot (or sneak, if you get proper lucky) your way through a building, reach a forgettable quest marker, then turn around to see yet another wave of overly-chunky goons in your way. Robot Nazi stormtroopers should be menacing, exploding laser hounds should be exciting, not exhausting. But before you get your hands on some big guns to fight the bigguns', many enemies absorb more bullets than they're worth. It wasn't long before me and RPS vidbud Astrid took to simply sprinting past them whenever possible.

Prolonged firefights can also be avoided if you're sneaky, but stealth is criminally undersupported. I want enemy markers, vision cones, distractions I can throw, a stealth takedown I can do from above. Most enemies insist on wearing bulletproof helmets, which is sensible but trying. I've shot at far too many enemies who've then staggered to safety behind a pillar.

You can pick an invisibility cloak ability at the start, but with the absence of those features (and the presence of helmets), it's not enough to hang a stealth game around. The best thing going for that cloak is that it often lets you ignore the fighting. Maybe I'd have had more fun with the shoulder barge, but I doubt it. I naturally skew stealthy, and Youngblood doesn't care. We just don't have much in common.

Those are the big problems, but if I stack together all the smaller ones they wind up nearly as high. Missions all appear on the main screen, with no way to tell which can be snaffled up in your current area. It doesn't tell you that 'brother' missions are the main ones, and should be prioritised because they unlock powerful and more interesting weapons (although all but one of them are guns from the last two games). The shooting itself is solid, I suppose, but guns don't pop like in Destiny or Doom. Vital information, like how to lean or fast travel back to base, are reserved for loading screen tips you probably won't see until you're several hours in. You can't pause, even if you're playing the much worse solo version of the game with a shonky AI companion who DOES NOT KNOW HOW TO HIDE. 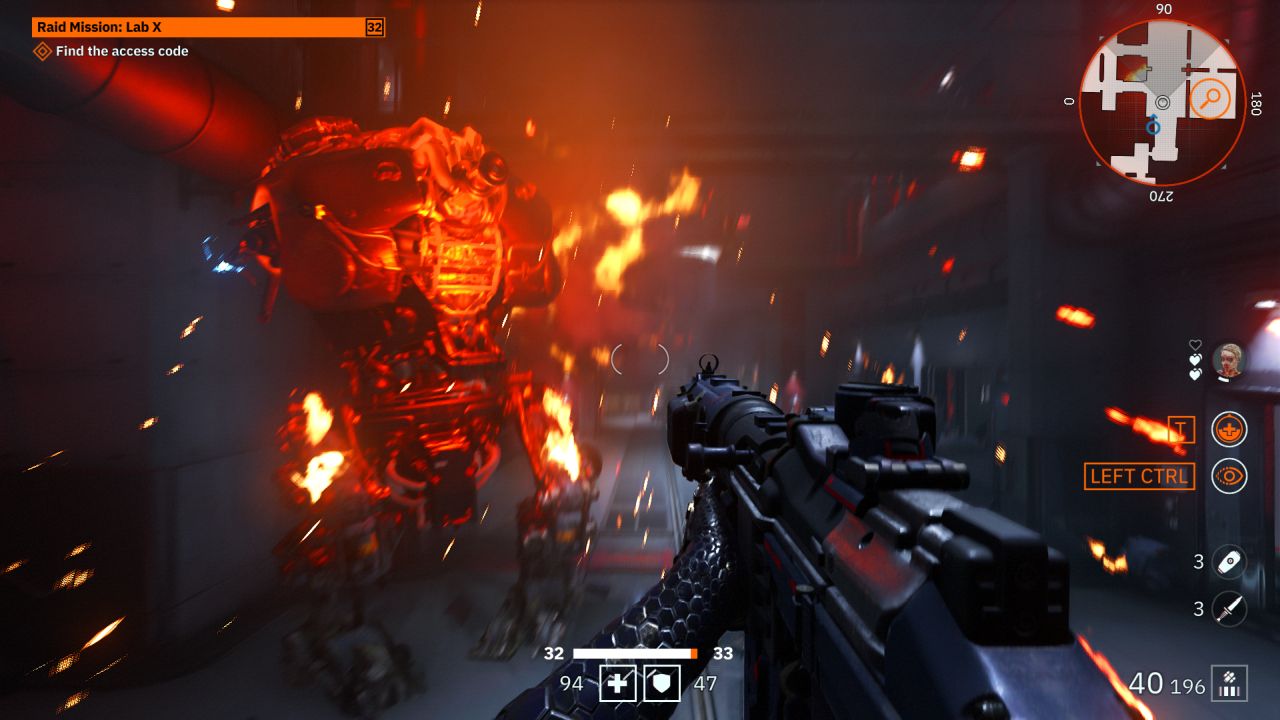 Even if you don't care about disjointed storytelling, repetitive levels or cringe-worthy jokes, I can't recommend Youngblood. If you're desperate to shoot bads with a bud, go play Borderlands, Destiny 2, or Far Cry flipping Five instead. MachineGames clearly felt the need to tread some water before Wolfenstein 3, but they damn near wind up drowning.