At the PC Gaming Show last week, lovely woodland survival sandbox Among Trees was revealed to be in early access on the Epic Games Store. Like, right now. I got very excited and have been playing it in my spare moments ever since. My early access review will be along soon, but before that I wanted to highlight one thing in particular that I'm enjoying about the game, and that is its lovely little mushrooms.

You must understand: I do not like mushrooms. Mushrooms are grim. I will not knowingly eat a mushroom. They're the food substance that I will still pick out and leave on the side of my plate like a 10-year-old child. No matter how minute the morsel of morel, if I spot that it's fungus, it's getting painstakingly teased off my slice of pizza. (I say this a lot, but being a vegetarian who doesn't like mushrooms is genuinely a curse).

To start with in Among Trees, however, they're just about the only sustenance you have, because it takes a little bit of time to get your little stove attached to your wooden hut home. I try not to think about snarfing down a raw button mushroom, because the idea genuinely makes me feel nauseous, but later on you're able to make nutritious stews, and I'm just about okay with that.

My brother once said that mushrooms "taste of the grave", and that has really stuck with me. But the mushies in Among Trees aren't like that. They are my friends, stopping me from starving to death. They shimmer joyfully in the grass, waiting for me to come along and rootle them up. They, themselves, are among trees! 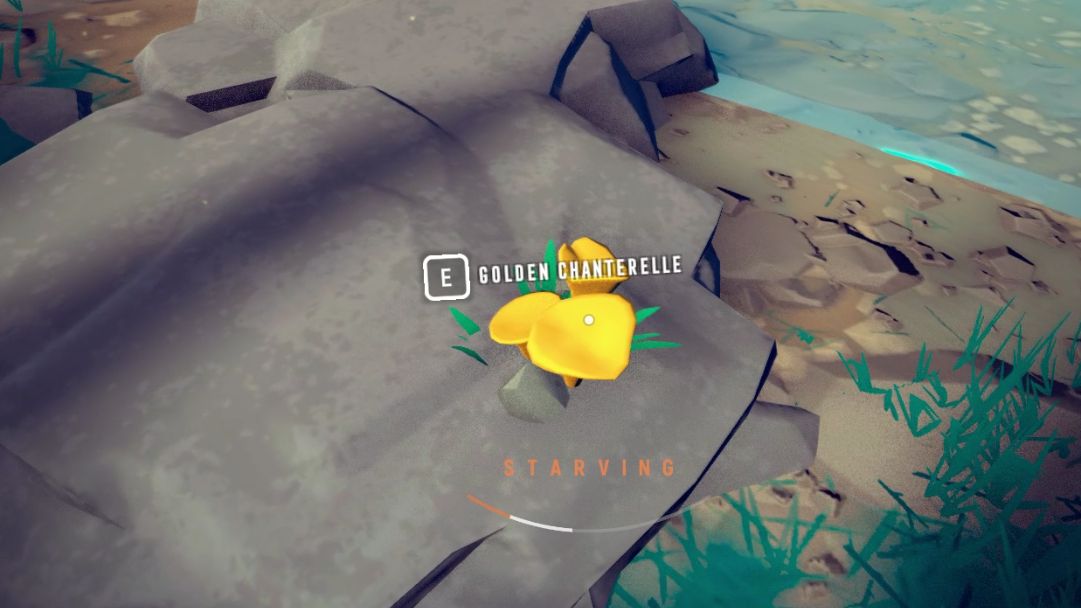 Look, a happy little golden chanterelle! These fellows have a mild taste described as "delicate" and "mildly peppery", and are genuinely almost this exactly shade of yellow in real life. In the game they are rarer than the common button mushrooms that pop up all over the place, but they are a bright treat to spot and snatch up. They're also very restorative, once you cook 'em. 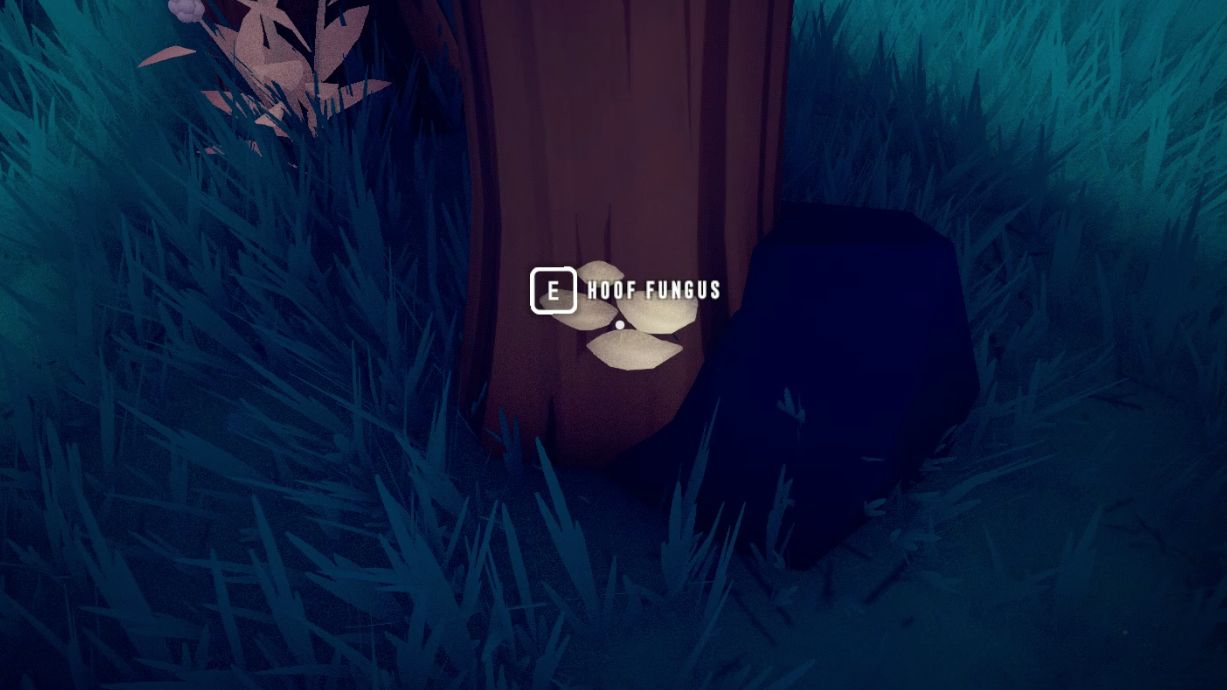 The hoof fungus, on the other hand, has to be cooked before you can eat it, which is okay, because in real life they aren't quite as appetising. I've seen them with my own eyes and they're less like a hoof, and more like an elephant's toenail with athlete's foot, stuck on the side of a tree. But in Among Trees they're nice, neat little troll toenail clippings, aren't they? 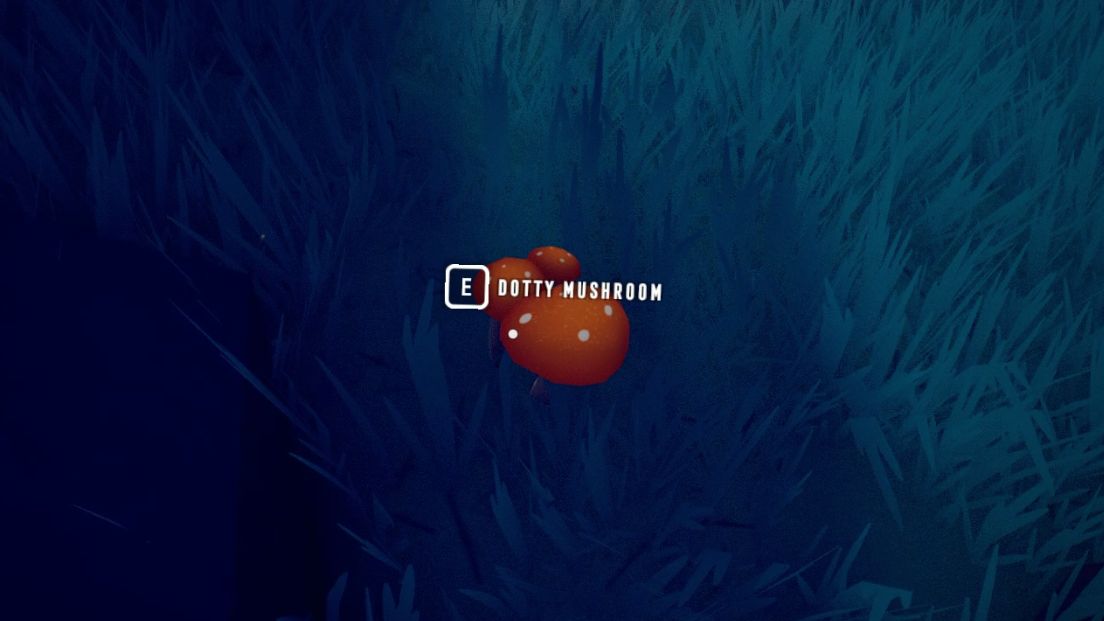 Then there's this dotty mushroom, the ur-mush itself. Not quite as friendly, because unless you cook them you've got a 1/4 chance of them poisoning you, but they do look lovely, with their spots warning you that they're dangerous. They're the mushroom you'd draw as a child. I even forgive the one that killed me, when I ate it in a starving pinch during my first go at the game. 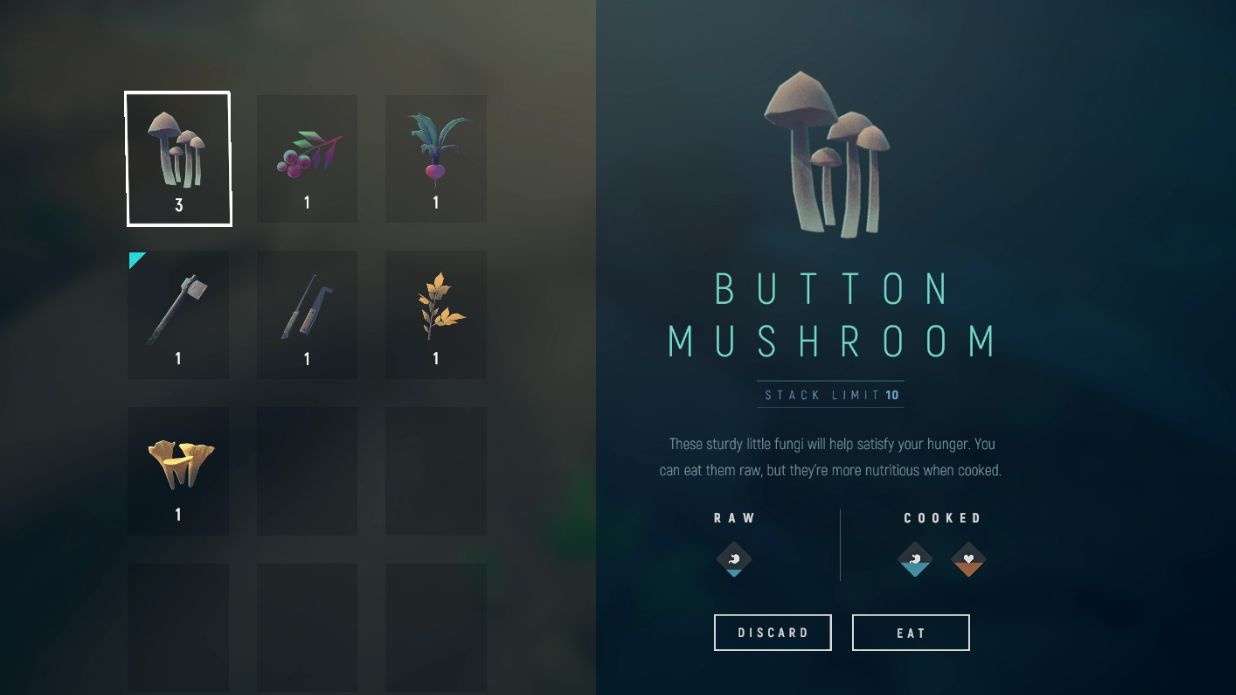 I think one of the reasons I like the mushrooms in Among Trees so much is that all the items in your inventory come with a nice picture and description, and the ones for mushrooms are clearly written by someone who bloody loves fungi. Their interest is infectious. "These sturdy little fungi will help satisfy your hunger," they say of the laughably common button mushroom. Yes! They are sturdy! And they will help satisfy my hunger! Thanks, button mushroom!

If you, too, would like to get lost in fungal appreciation, Among Trees is in early access on the Epic Games Store now.