World Of Warcraft Classic has been running for 30 minutes and there are Minotaurs everywhere. I’m standing in the Tauren starting region of Mulgore, and the area around me contains more beef than a guild forum. Bull-shaped adventurers, as far as the eye can see, are racing each other to the one ostrich-like enemy in reach, as the bird’s respawn rate fails entirely to keep up with the flood of people spawning in. But the chat is excitable, happy, even constructive.

In this first half-hour a group of us wish a player happy birthday, we share mid-2000s pop culture references, and we say “aww” at a player who ran her character from an entirely different starting area to this one (a huge undertaking) so she could play with her spouse. A player whispers thanks to me as I share a macro that will help them target a creature without needing to see it. The atmosphere is one of adults being set loose in their childhood playground, responsibilities a remote concern.

In its opening days, players would return to this old version of WoW in such numbers that it would create thousands-strong log-in queues of people waiting to spawn. The game world itself would become so crowded that players would eventually form orderly in-game queues for quest objectives too. This has become a familiar sight. Oddly, since players are logging in so regularly, the community remains at roughly the same level. There’s no need for everyone to make tidy queues, of course, they could just storm into fights. No need for them to cast helpful buff spells on each other, or wordlessly invite people to a group to help them get a quest completed. But they do, because without the ease of automated services and a more forgiving early-game difficulty, it’s this or nothing. The community against the world. It’s wholesome, and scary.

Some things are different. Classic has layering, a means of separating players inhabiting the same space on the same server. Which means you will see the same players, and the same mobs - unless you join a group in a different layer. And moving between these layers rapidly can do many things. Most importantly, it lets you find new mobs to kill for experience without having to wait for them to respawn in the layer you’re currently in. It’s like the server hopping of Fallout 76. Layer hopping.

Why is this a useful skill? Well, when you’re “JokerD”, the first player to hit level 60, it means you can cut hours off your final run to the finish for the sake of your own health. He has been playing a mage specialising in frost spells for speed and damage reduction. His abilities let him take down entire groups of enemies in one go, and allowed him to soar past his competition, although there was arguably some skill involved as well. The community response was explosive. There were shouts that hopping between layers was cheating, even though it seems likely he’d have finished first regardless. Meanwhile, his average viewership on Twitch increased by 7,448% between July and August. WoW Classic had its first iconic player. 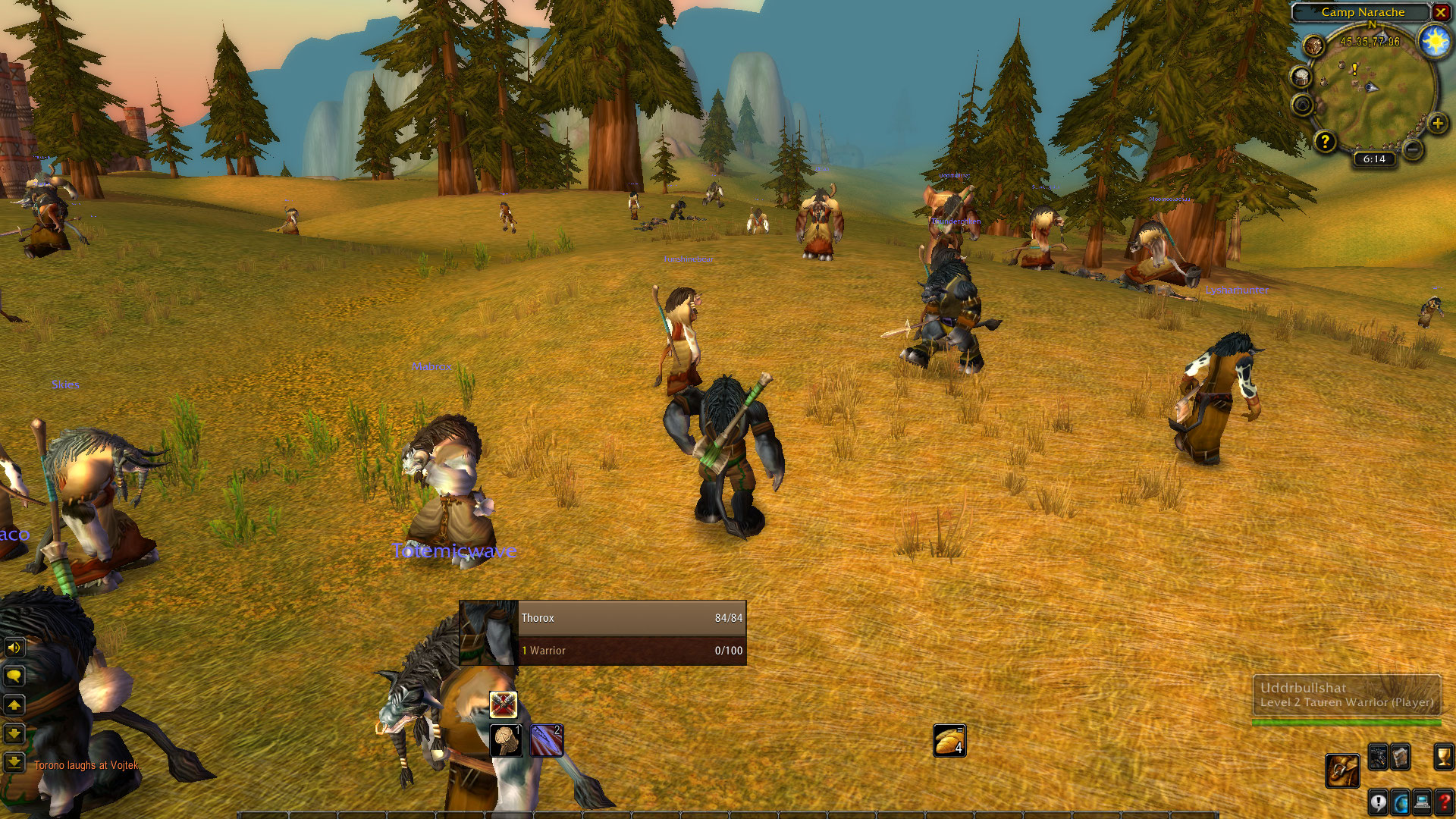 Of course, there were other streamers. Esports franchise Method held a stream throughout the launch, and some WoW celebrities from retail made their way over to see how well their skills applied to the Classic world. But if this was the high school reunion of videogames, then the star football team was hardcore private-server guild APES.

Classic is only the first official version of old-school World Of Warcraft. The private server scene has been preserving old vanilla worlds for much longer, kicking around with their own veterans, many capable of speedrunning old raids and quests with ease. It was always going to be these players who showed everyone how quickly things could be done. The many warriors in APES ran into Molten Core (the only 40-player, multi-boss battle raid in the game so far) with some of them not even at max level. Almost none of them were even geared properly. They took it down within a week. To see someone speedrun a game can be an awe-inspiring experience. To see 40 people do it as a team, simultaneously, at a huge disadvantage, is unreal.

But this is the Classic landscape; it’s all been done in a week, because it’s all been done for over a decade. With the exception of strategies like the layering trick used by “JokerD”, veterans already know the shortcuts, the best gear, the exact talent specialisations for each era of Classic. When I started with my mage (called “Sparksandrec” - don’t all applaud at once) I had guides up in front of me for an Arcane-Frost levelling build that would serve me through levels 1-60, not to mention the first four phases of content Blizzard plan to release as they simulate some of the original roadmap. There are no secrets here. 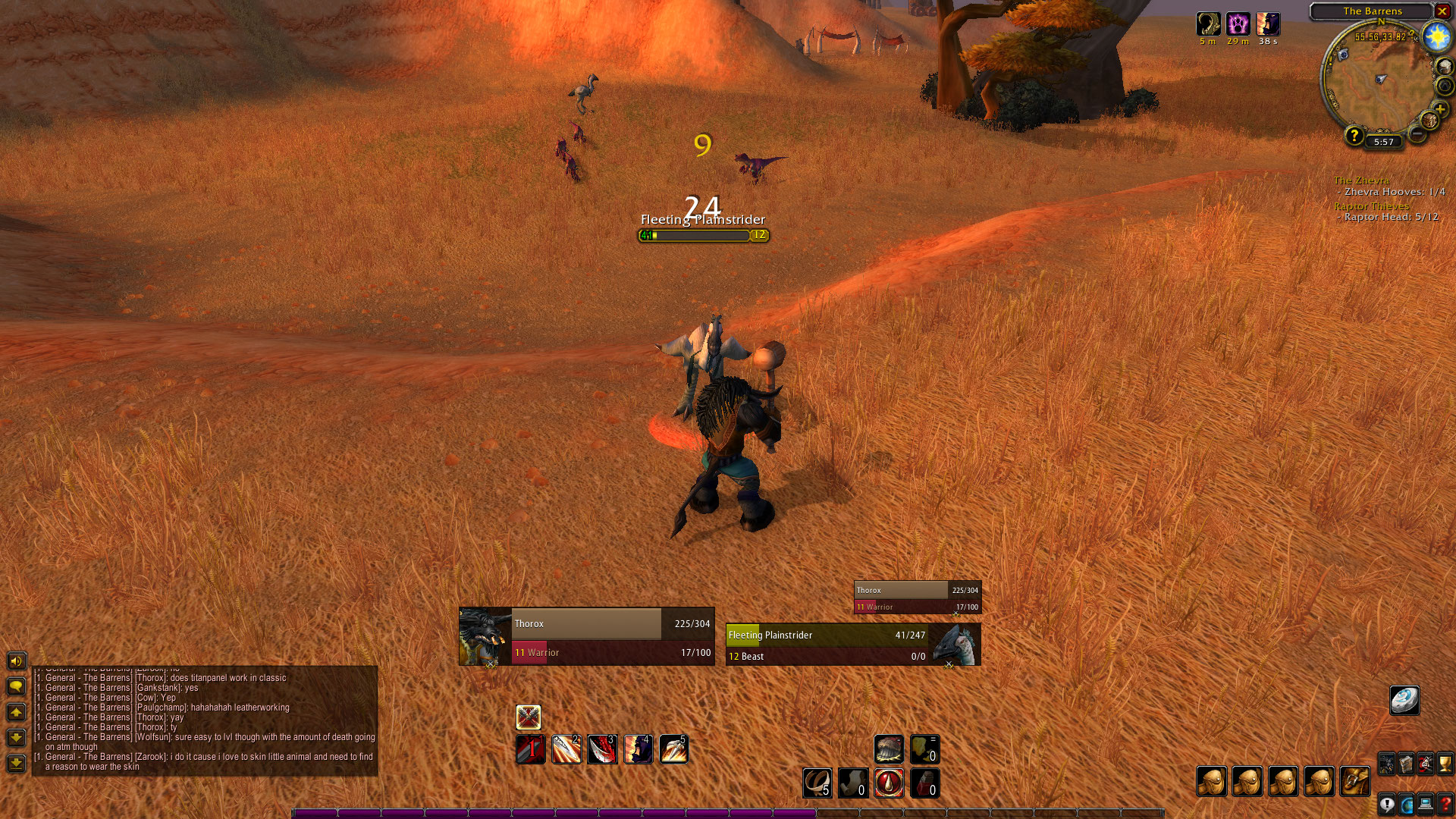 But there doesn’t need to be, vanilla still draws people back. Realistically, much of the appeal is in reliving the close-knit, weird, janky era of the game’s history. Barrens Chat, the general chat channel of a tedious, early-game levelling area, was infamous for its strange, frequently NSFW and existential conversations. In WoW Classic’s opening weekend, this chat channel was rapidly filled to the brim with as many “welcome to Barrens chat” exclamations as any other theme. Players coming in from other MMOs may have found themselves quite surprised at the volume of real conversations in areas like these. To me, it was like an old, creaky backdoor at your grandma’s house. Lovable, familiar, but something that can occasionally make you yearn for silence.

It’s now weeks into Classic, and some of the most animated moments are happening outside the game itself, on Twitch (in a similar way to RuneScape’s eventual return). Livestreaming lends itself to veteran WoW warriors incredibly well, as most can autopilot through quests they’ve done 20 times while they chat to their audience, show them favourite shortcuts and easter eggs, or delve into the history of the old world with an unusual level of knowledge. The room where Leeroy Jenkins led his guild into bloody defeat is a brief stop on a long, familiar tour. 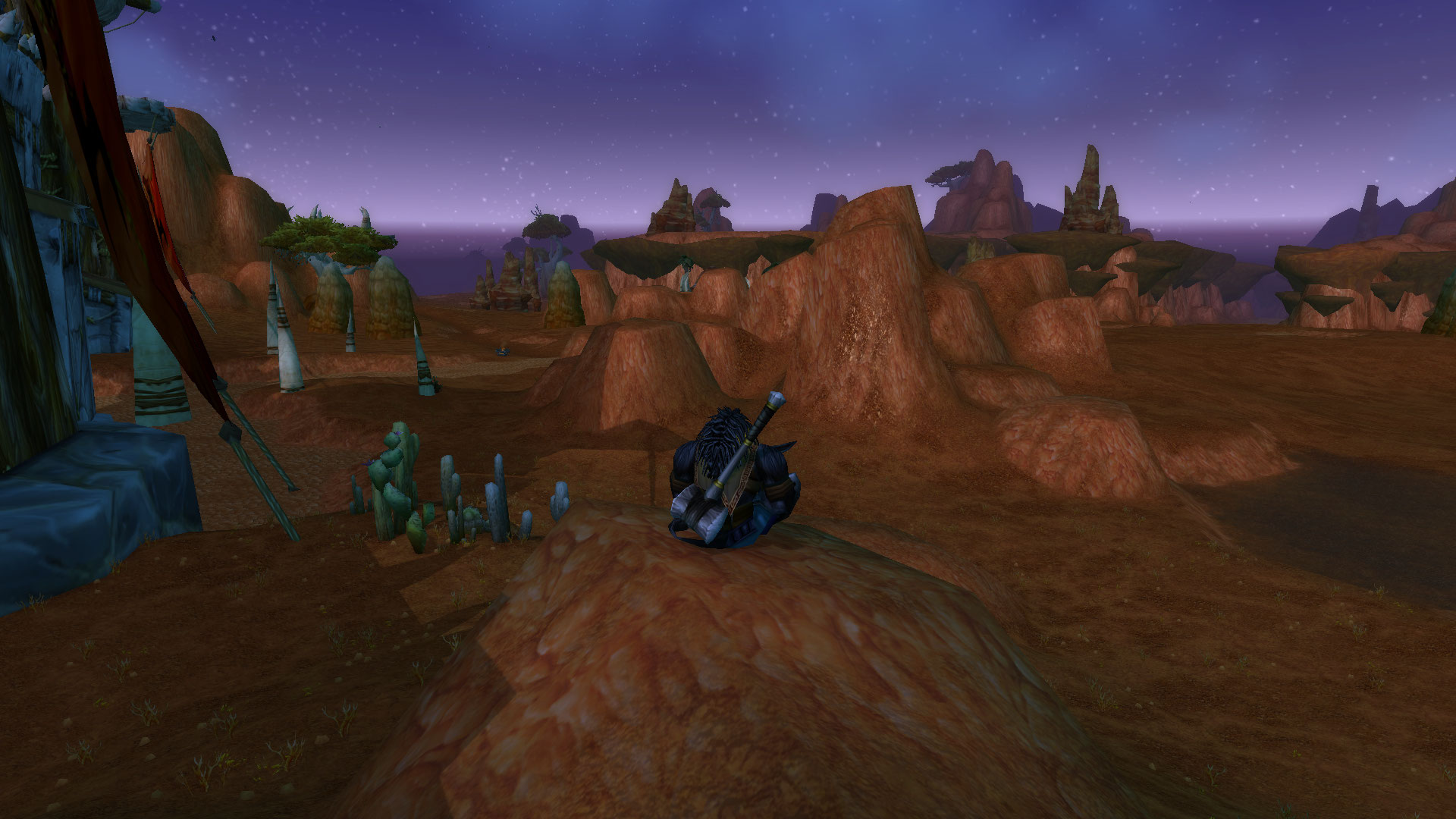 All of this excitement could not have prepared me for the moment I saw the orc capital city of Orgrimmar again, in its original form. I ignored the entrance and ran off to the left, and sat down on a hill. My hill. The place I sat a decade ago, between raids, between mining runs, as I spoke to my guildmates. I sat there, with my old name, my old race, my old class, but in a different point in my life. A second start into a world that shaped my enjoyment of an entire medium. A groundhog decade. A high school reunion. I want to see where this second gathering takes us.