Remember when Respawn said Apex Legends would launch on Steam on November 4th? Well, that's not entirely true for folks here in the UK. For us, Apex lands on Steam alongside its seventh season at 4am GMT (a much more convenient time of 8pm PT for our US pals). Fortunately, the free-to-play battle royale is already available for preload on Valve's store, so at least you'll be able to have a go of all of Season 7's exciting new things straight away in the early hours - I reckon the new map is definitely worth staying up for.

Season 7, Ascension, brings in Olympus - a big beautiful city in the sky. When I played a preview of Season 7, I thought the clean open spaces were so much more interesting than the rocky lava zones we've seen so far on the old maps. The only downside is that the spaces are a bit too open, it's clearly designed with the new vehicle, the Trident, in mind.

It's worth noting that for the next two weeks Olympus will be the only map available to play on. After that, it will fall in rotation with World's Edge, while Kings Canyon is being "vaulted" for now (Respawn don't say when they're bringing it back either, so you only have a few hours left to get some games in on Kings Canyon if that one's your fave).

The best way to get around Olympus is using a Trident, as running from place to place can be a little tedious. You can have your entire squad riding it at the same time (one driver and two passengers), and even place abilities like Rampart's turret or Caustic's gas traps on it. 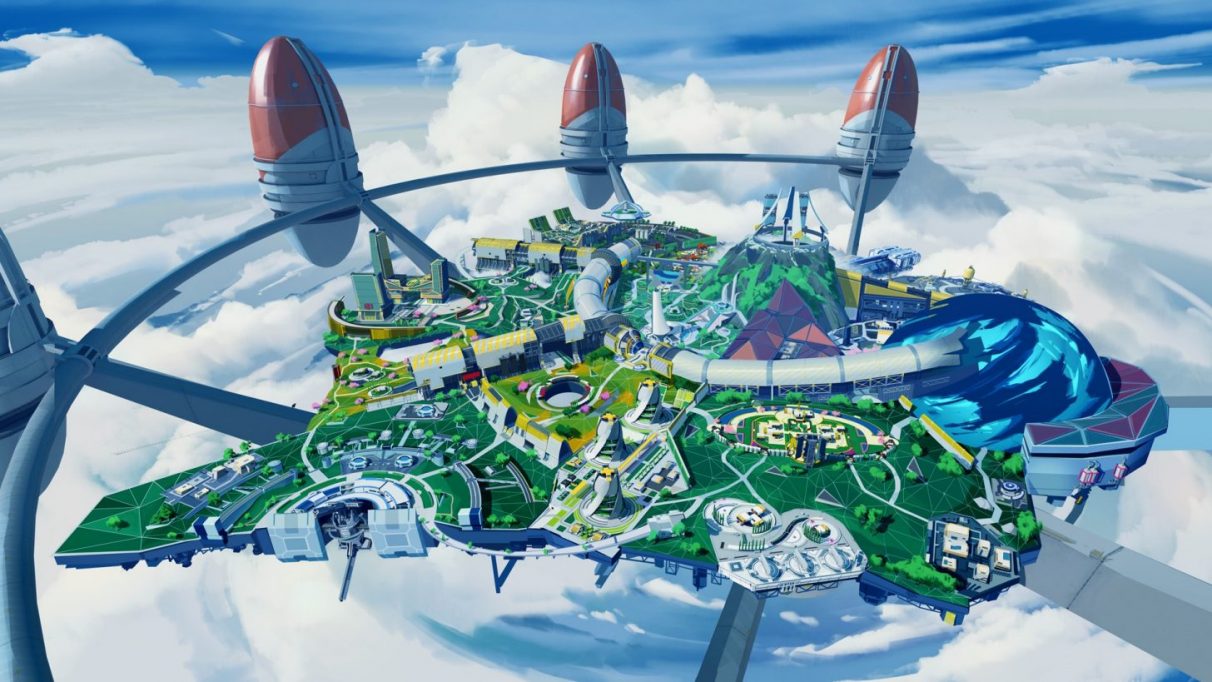 Then there's Horizon, the new Legend with gravity-defying abilities and a heartbreaking backstory. She's an astronaut and scientist who can trap enemies in black holes with her ultimate, and place gravity lifts which boost players up into the air with her tactical ability. Her passive lets her land softly after falling from great heights, too, so you won't thud to the ground and lose momentum like the other characters.

This update also ushers in the new Clubs system. Similar to Clans in Destiny or GTA V, it will let players form in-game communities of up to 30 people.

Apex's seventh season and Steam launch arrives this evening at 4am GMT (8pm PT). The game has cross-platform progression and play, so you'll keep all your stuff when your Steam and Origin accounts are linked, and be able to play with pals on either platform.

The preload is about 53GB, and you can download it on Steam now. Check out the patch notes for more details.

While you're waiting for all this to drop, why not browse our Apex Legends weapon guides and get a load of the new tier lists for Season 7.