Last week I settled an old argument. Well, lost an old argument. RPS contributor Richard Cobbett had always told me Zak McKracken was a terrible game, and oh boy, he was right. Which reminded me of our other decades-long feud: Zork - Grand Inquisitor.

This disagreement dates back so far that it was in a time when gaming websites were printed out on paper, glued together, and sold in buildings called "shops". These mag-ger-zines were very popular in their day, and one of them was called "PC Gamer". Don't worry, you won't have heard of it.

In said mag, for ten years I wrote a budget section called They're Back, which was internationally recognised as the most in-depth, well researched and ruthlessly objective supplier of reviews in the industry. And yet despite this, in October 2003 Richard Cobbett had the temerity to suggest that one of the thousands of reviews written was incorrect. He was perturbed, to put it accurately, that I had given Zork: Grand Inquisitor 40% and dismissed it as woefully out of date and overpriced at £5. Determined after last week's loss to score a point back against him, I thought I would finally put that one to rest too, and return to Zork (fnarr) to prove myself right. 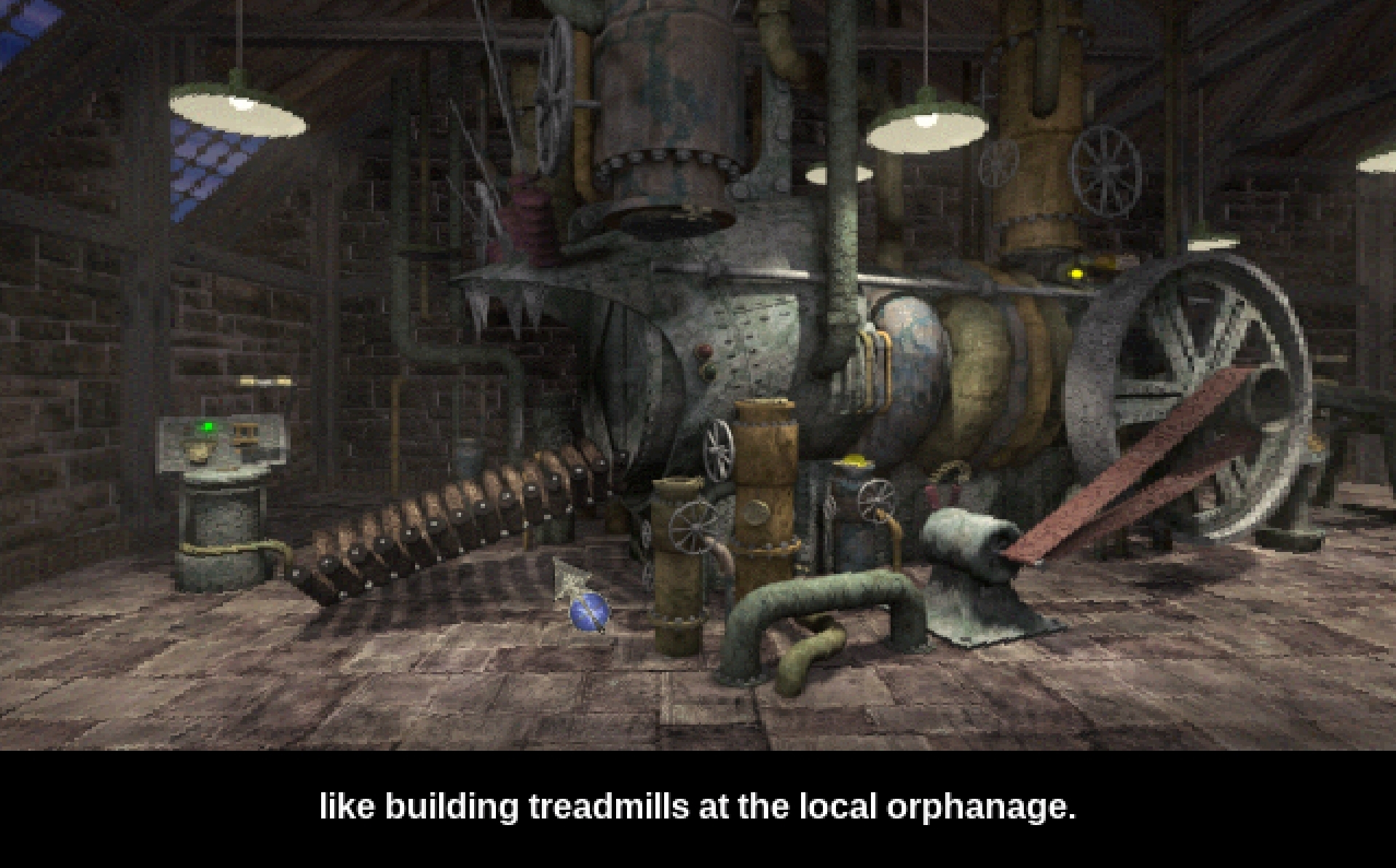 I am, I shall confess, not enormously au fait with the Zork series. There's no question at all that I would have, at the very least, watched the original three Zork text adventures being played on my father's knee. Commercially released when I was 2, 3 and 4, I would clearly have been on the young side for having the faintest idea what was happening. But at the same time, a huge part of my learning to read and write was thanks to my dad having bought a ZX81 on their release, and somehow blagging a Spectrum 48K to review for a fanzine. (To this day I read the word "exam" to mean to look at something.)

They were some of the original text adventures, originally written before home computers were even extant, with a more sophisticated text parser than most games that would follow them. A unique, slightly silly fantasy world was established, with its FrobozzCo corporation, its all-important lanterns, and of course, "You are likely to be eaten by a grue." Activision's reviving of the franchise in the '90s was one of Kotick's big moves to try to revive the all-but-bankrupt firm with a popular name, and proved very successful. 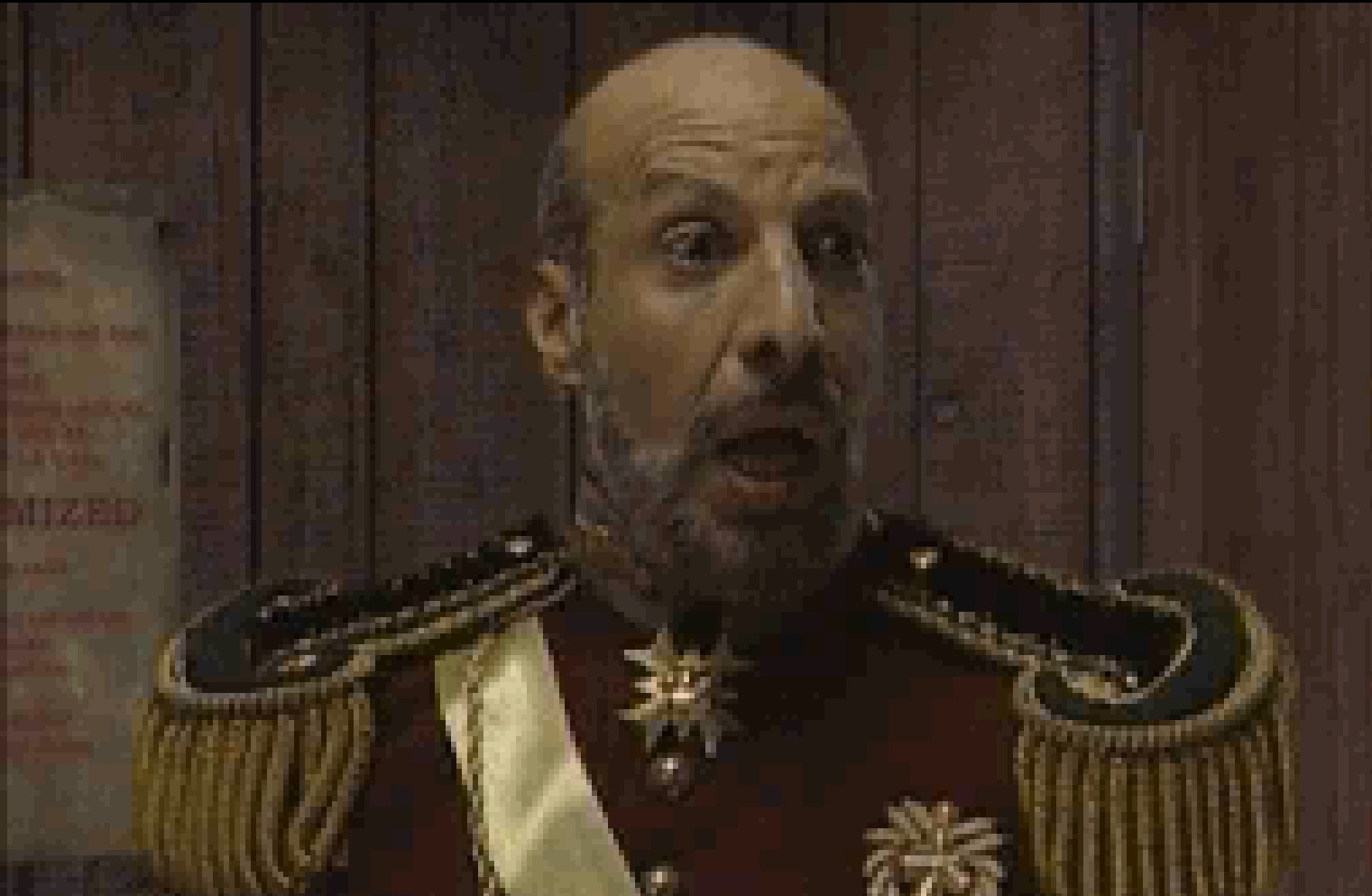 I remember not loving Return To Zork as much as one was supposed to, and honestly can't remember if I ever played Zork: Nemesis. But we're here to settle fights, so it's Zork: Grand Inquisitor to which I returned this week, to see if it really did deserve the 40% PCG gave it on its original 1997 release, and indeed the score I somewhat cheekily repeated some six years later.

Of course it bloody didn't. Of course Richard was right. Because he's literally always right, and it's only evidence of my own stupid hubris that I ever question him. I really enjoyed Zork: GI! I mean, it's flawed for sure, but it's endearingly daft, has a bunch of great puzzles, and a cast you won't believe. 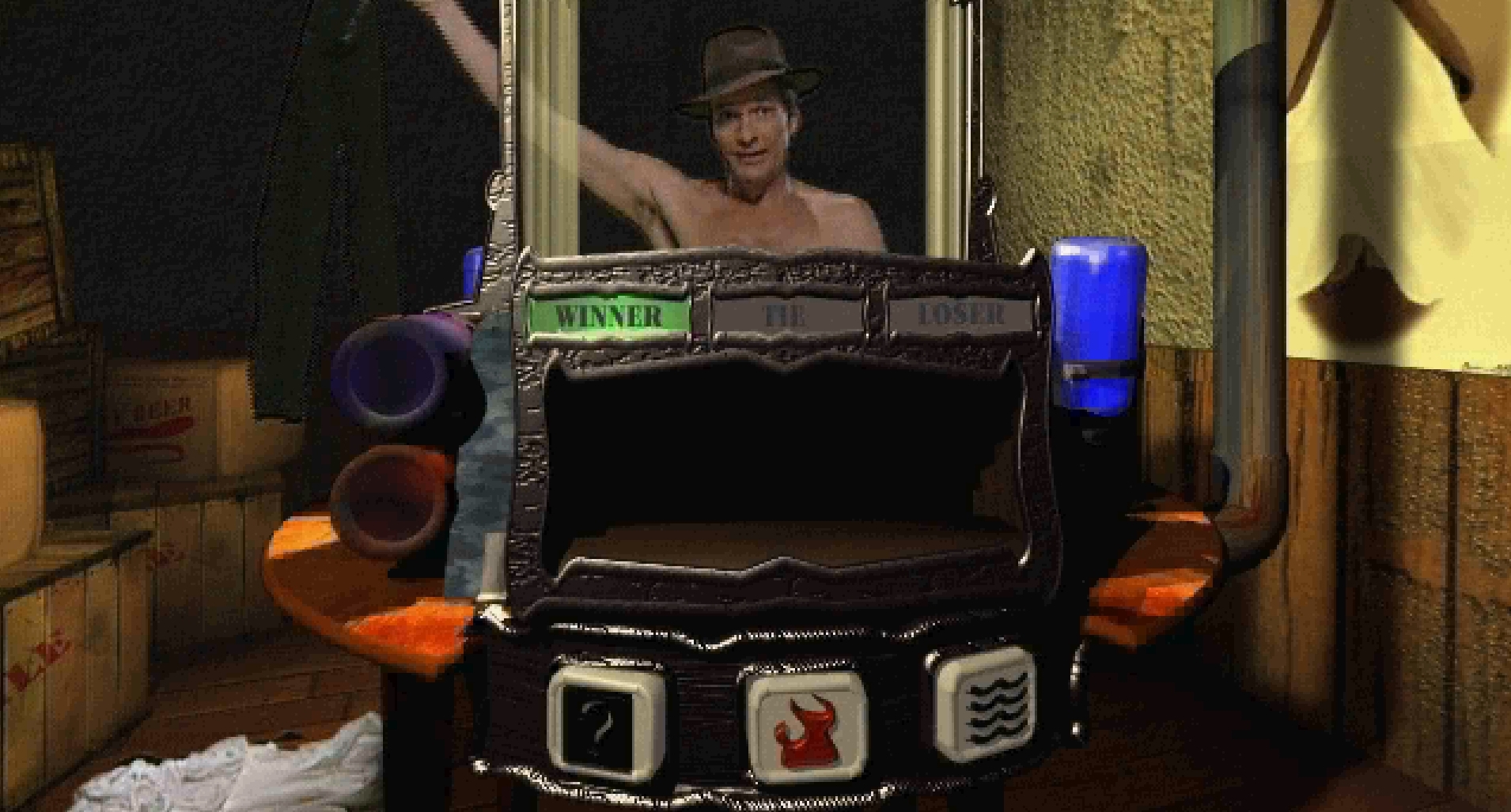 The plot, such as it is, is that magic has been removed and banned from Zork, by the despotic Mir Yannick, the Grand Inquisitor of the Frobozz Electric Company (formerly Frobozz Magic Company). You, the anonymous player, are charged by Dalboz of Gurth, former Dungeon Master and now - er - lantern, to find three magical items to restore magic to the lands and overthrow the baddies. To do this, you've got to ride the rails of the Great Underground Empire, solving lateral puzzles and chatting with a genuinely amusing cast of "totemized" characters - victims of Yannick's punishment for magic use.

And while the game is deservedly praised for its puzzles, I really just want to celebrate the acting. Which is absolutely not a sentence I ever imaged I would be writing. 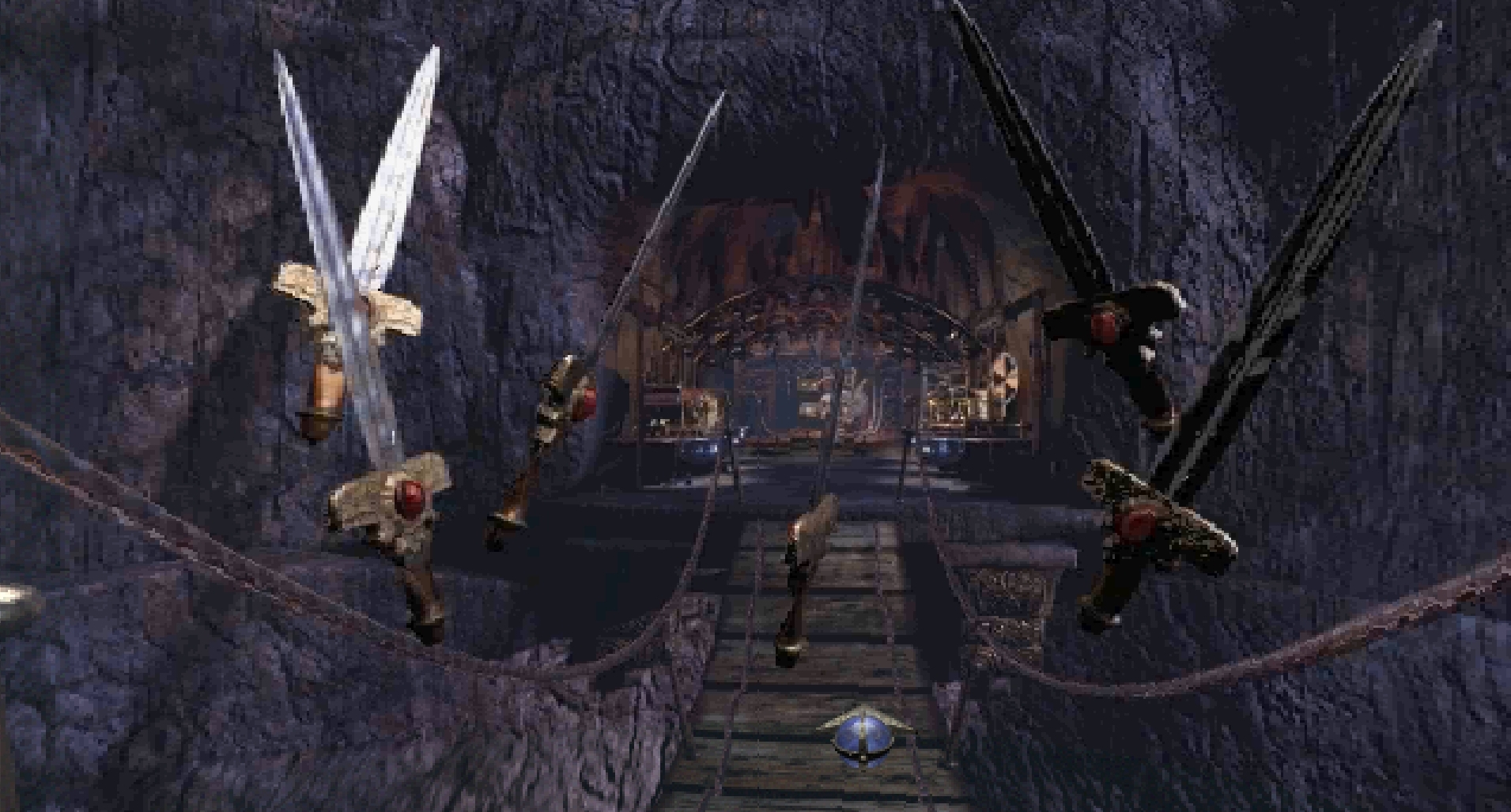 I suspect my throwaway remarks about Z:GI (and I shall rather defend myself by saying my crime was a single sentence in a column called "And The Rest", rather than a full review), were likely based on misremembering Return To Zork as Grand Inquisitor, and indeed an all-consuming hatred of pre-rendered first-person adventure games, earned through a decade of unearned damnation reviewing the very worst of them. (The Secret of Nautilus, Schizm, Dracula: The Resurrection, and so, so many other games you've mercifully never heard of.) Ever since the universe was cursed with Myst, it became the very worst form of gaming until Steam found hentai.

Zork: GI defies it all. It spoofs it all without ever needing to stoop so low as to actively spoof. And yes, in 2020 it looks like someone smeared a jar of Vaseline over a Ceefax animation, but it's the spirit that counts. It even manages to make good on the 1990s' most dreaded feature: FMV. 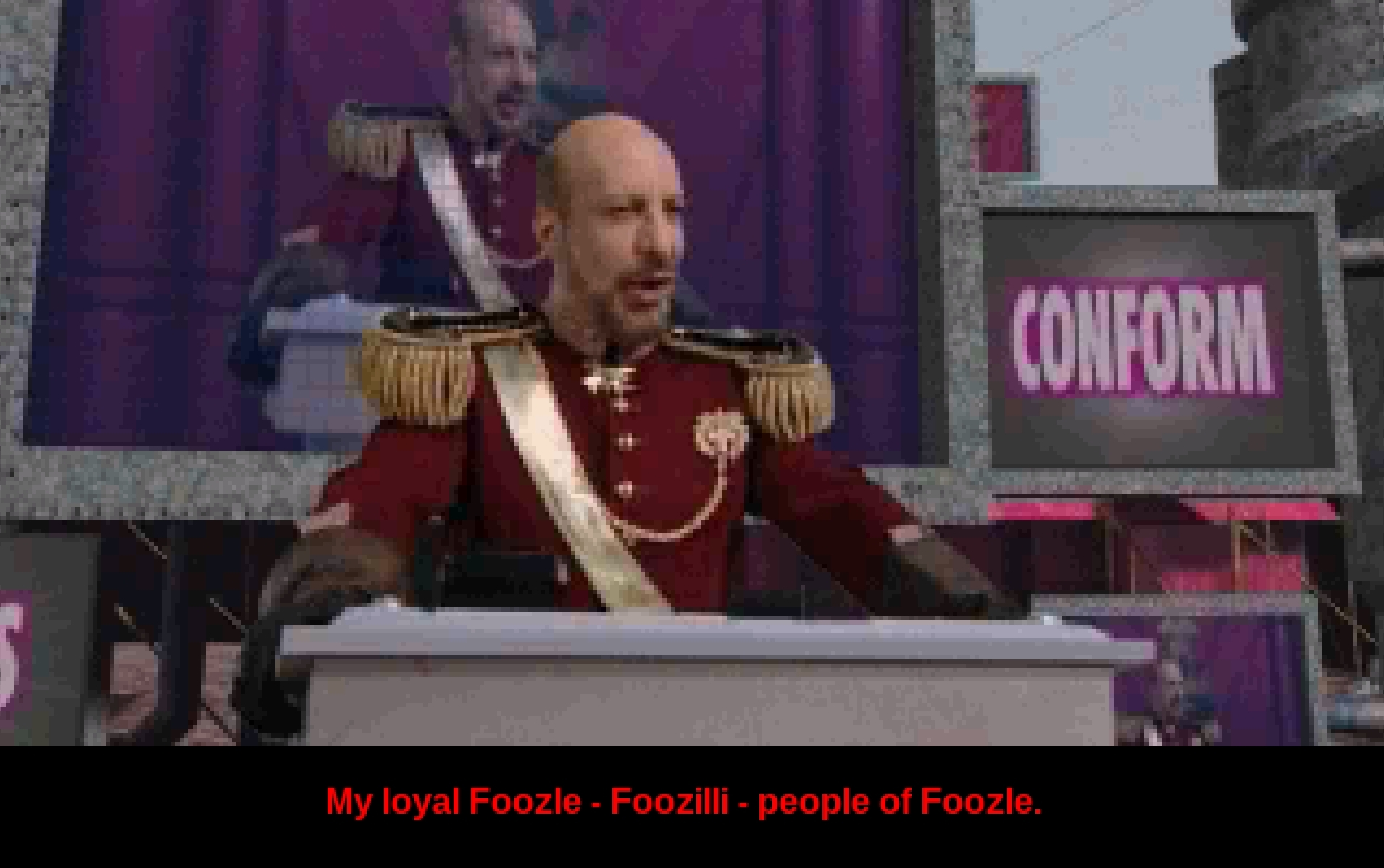 Let's talk about the cast. You've got Face from off of The A Team! Actual Dirk "Starbuck" Benedict! Being completely and utterly brilliant, flashing that pant-melting smile every other second, hamming it up as a past-his-glory action movie star, utterly incongruously placed in this techno-fantasy realm. Then opposite him is Erick Avari! You know, from Stargate! And The Mummy! And yeah, OK, that baddie from Mr Deeds.

Then there's Rip Taylor. RIP TAYLOR! Who, in researching this article, I just found out died a few months ago. Damn. There's even a joke about his sizeable moustache. There's even professional enormous person Donald Gibb (Bloodsport), and Laverne & Shirley's David L. Lander. And talking of Laverne & Shirley, the main voice in the whole game is the inestimable Michael McKean, the master of all those wonderful Christopher Guest movies, including of course being an original member of Spinal Tap.

I should confess that for the longest time I thought McKean was John de Lancie, because gosh it turns out they sound enormously like one another. (And if you're left thinking, "What does Q do these days?!" let me tell you it's being Discord in My Little Pony.) But no matter, the whole lot come wonderfully together for some glorious green screen pantomiming, that somehow manages to be fun, funny, and not kitschy nor awkward. 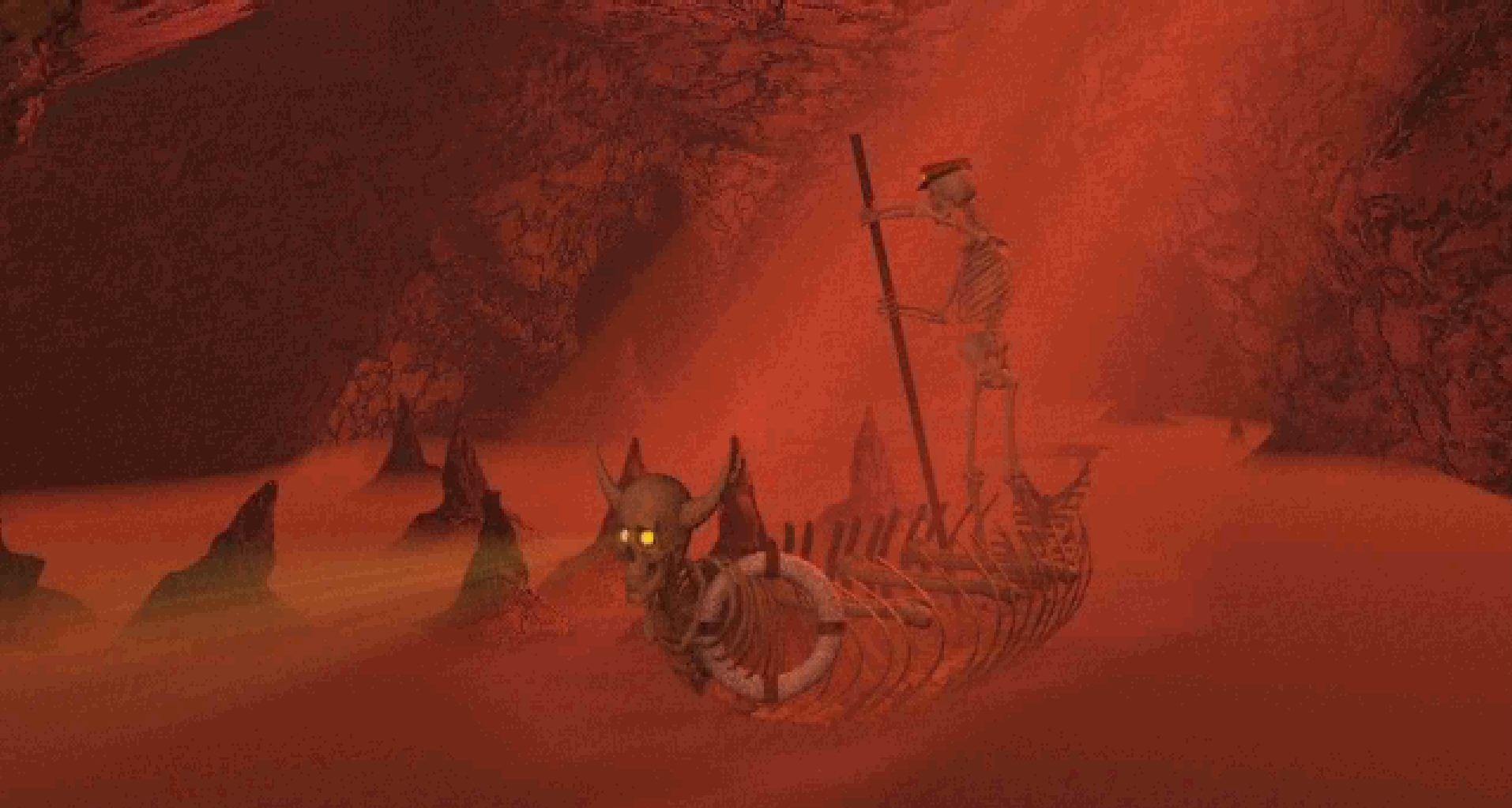 The game is really all about the acquisition of spells, and then attempting to use them to solve previously impassable puzzles. (It's icing on the cake that when you select a spell a daft chorus of singers sing its title a cappella.) How will "the impression of inclement weather" affect a particular scene? Can you adopt the visage of a particular creature to make progress? And then comes the fun of opening time tunnels and throwing each of the three totemized guests in your inventory down them to see what happens.

And then comes that lovely moment at the end when each spell is reversed, including, "wilfully avoid sending spirit through time" and "make a conscious effort to stay out of other bodies". 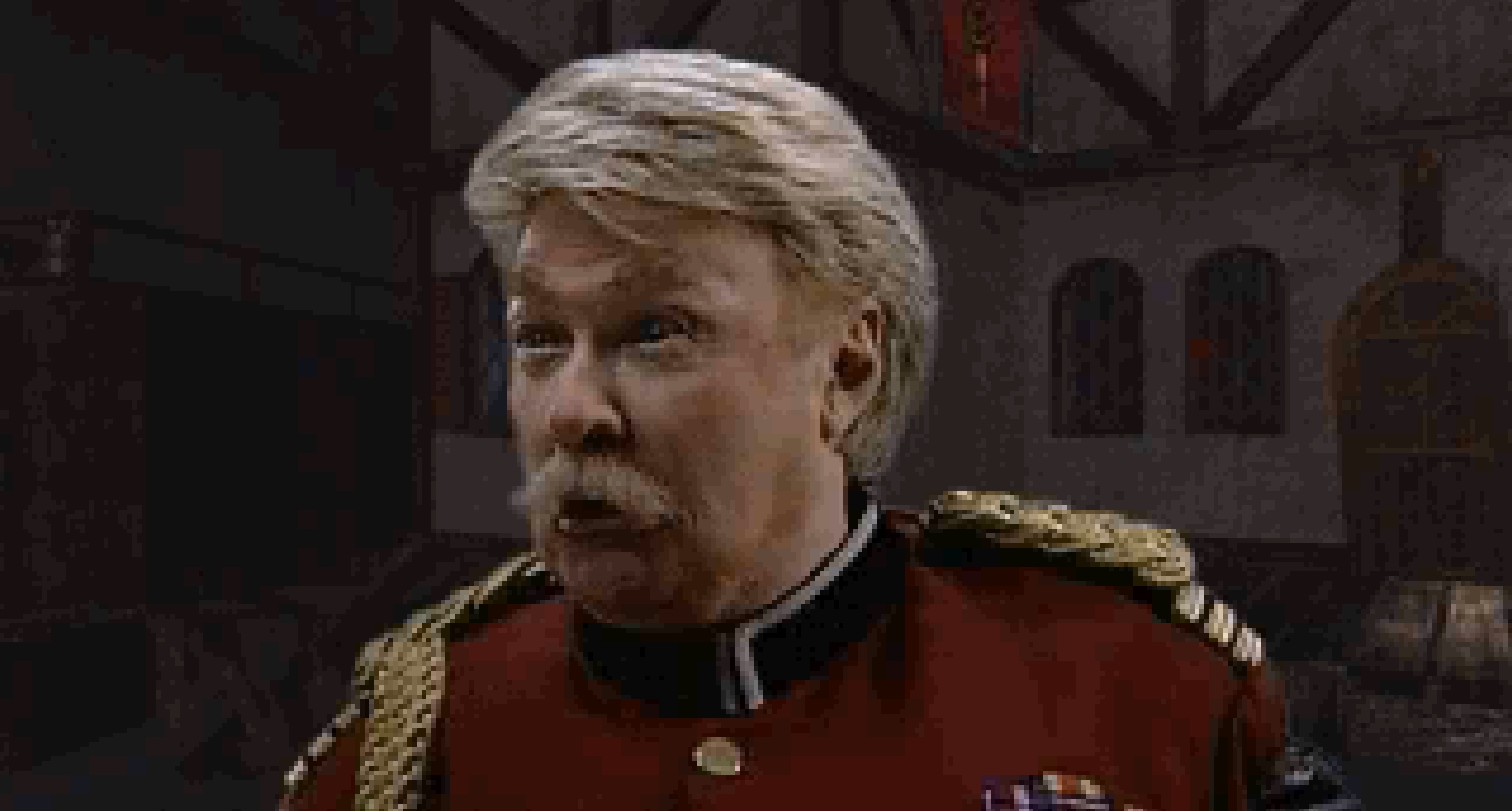 It's pretty short - four or five hours when you don't know what you're doing, as brief as two when you do. But that's just about right, or its rather tissue-thin plot might begin to crumble. Although I'd gladly have taken more scenes of Dirk Benedict grinning handsomely at me, or Rip Taylor bulging his eyes in super-low-res surprise. And some of the puzzles are a bit too bizarre, prompting visits to guides. But this holds up, as an example of what could have been with pre-rendered CG and FMV acting, rather than the infinity of dross that dominated.

Funnily enough it still costs £5, which is monstrously expensive for a 23 year old game re-released at the same price 17 years back. (OH GOD I AM SO OLD.) As I've so agreeably argued in the past, any game over 20 years old should be in the public domain, not on sale for the same price as two decades ago. At the same time, I do rather like that GOG and (to a lesser extent) Steam are making these ancient games just run with a click rather than having to juggle DOSBox or (as is the case here) SCUMMVM to get them to work.

Is it still worth £5? No, absolutely not, Activision should release it as public domain immediately. Is it worth 40%? No, that was wrong wrong wrong. It's a solid 81% game, and Richard sodding Cobbett was right yet again. 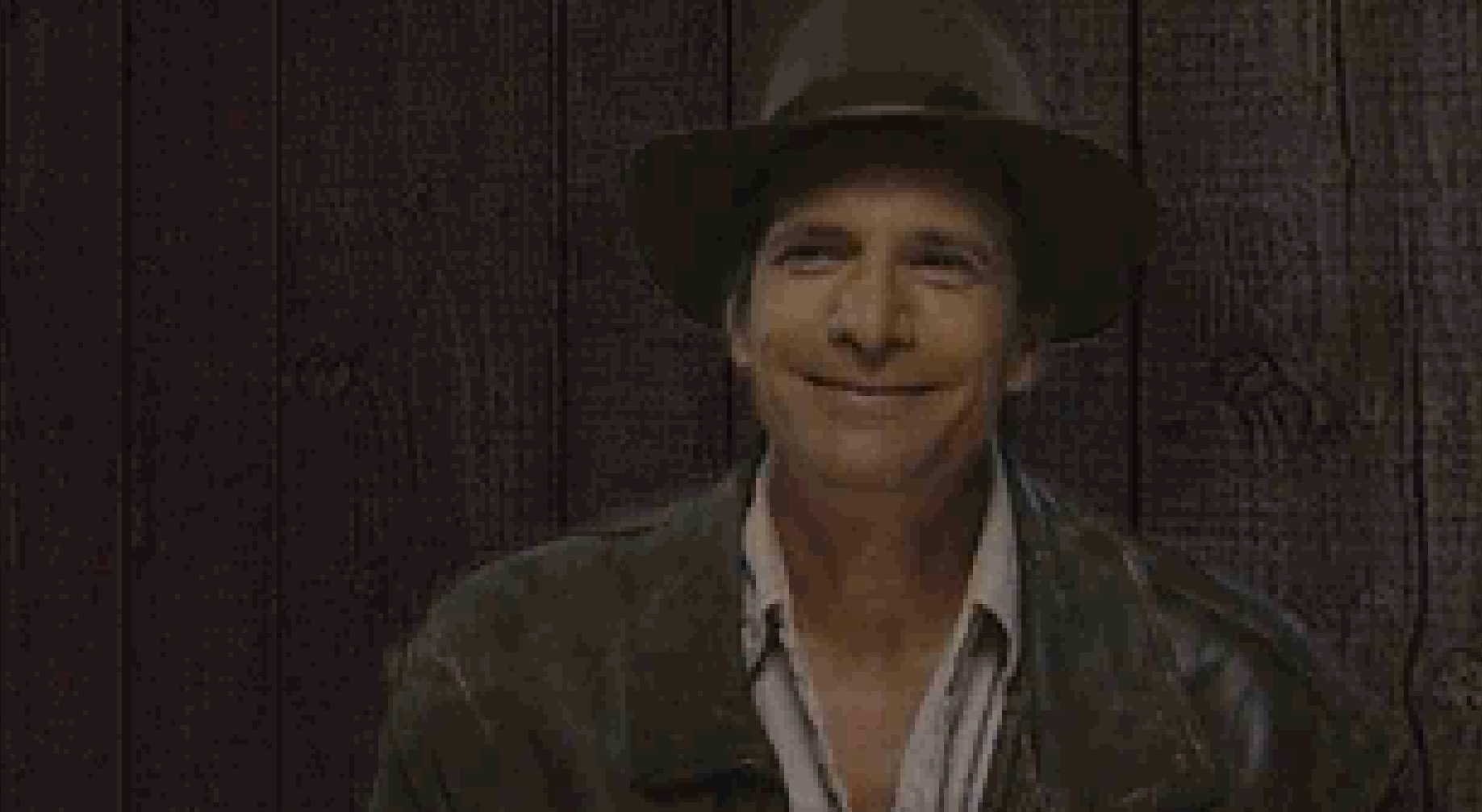 Yes, definitely. It's running in SCUMMVM, out-of-the-box with GOG, which can't play the hi-res versions of the FMV, but much improves the interface. On Steam it's the original Z-engine, and it runs comparatively poorly, and doesn't seem to have included the hi-res versions anyway.

Yes. It redeems a generation of smeary adventures, albeit at a high asking price.