Remedy’s eerie telekinetic shooter Control is without a doubt one of the biggest ray tracing games you can play on PC right now. It’s also one of the most demanding. Indeed, while Remedy recently revised their Control PC requirements, saying you now only need an Nvidia RTX 2060 graphics card for playing with ray tracing switched on as opposed to the crazy expensive RTX 2080, I’ve found that even Nvidia’s new RTX 2080 Super card struggles to hit a consistent 60fps on High at 1920×1080 with all Control’s RTX bells and whistles turned on.

As such, I thought I’d put together this Control RTX ray tracing guide to tell you exactly what kind of performance you can expect from each of today’s Nvidia RTX cards, both with and without ray tracing, as well as what each ray tracing effect actually does and whether it’s actually worth keeping switched on – because we wouldn’t want anyone’s graphics cards throwing a big hissy fit now, would we? 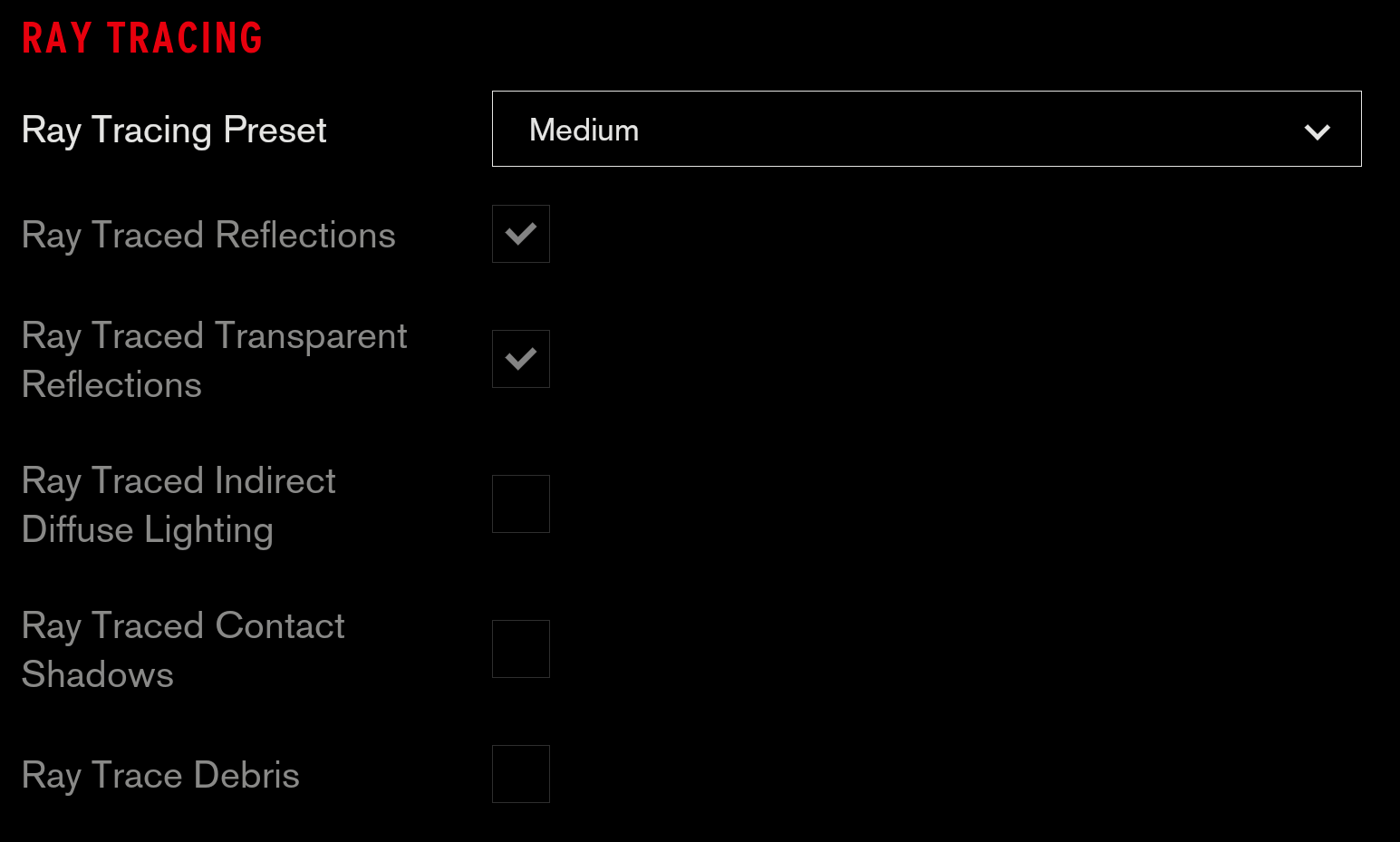 Medium only covers ray traced reflections and ray traced transparent reflections, while High does both of those plus indirect diffused lighting, contact shadows and debris. You can, of course, pick and choose which effects you want as well, resulting in a Custom preset, or just turn it off altogether.

Of course, the more effects you have switched on, the bigger the toll it’s going to take on your graphics card’s overall performance. Let’s take my RTX 2060 results as an example. Playing at 1920×1080 on High, the RTX 2060 managed an average of 60fps without any ray tracing turned on, but this dropped to around 45fps with ray tracing set to Medium and 35fps with ray tracing on High.

That’s a performance drop of 25% for Medium, and 42% for High. I should note that an average of 45fps was still perfectly playable in my eyes, but 35fps was definitely on the verge of getting a bit chuggy.

I would recommend trying to have at least the pair of ray traced reflection options switched on, though, if only because the game’s office block setting has the shiniest floors, glass panels and door signs on the planet and it would be a shame not to see them at their absolute best. Have a look at the screenshots below (click to enlarge) to see what I mean. 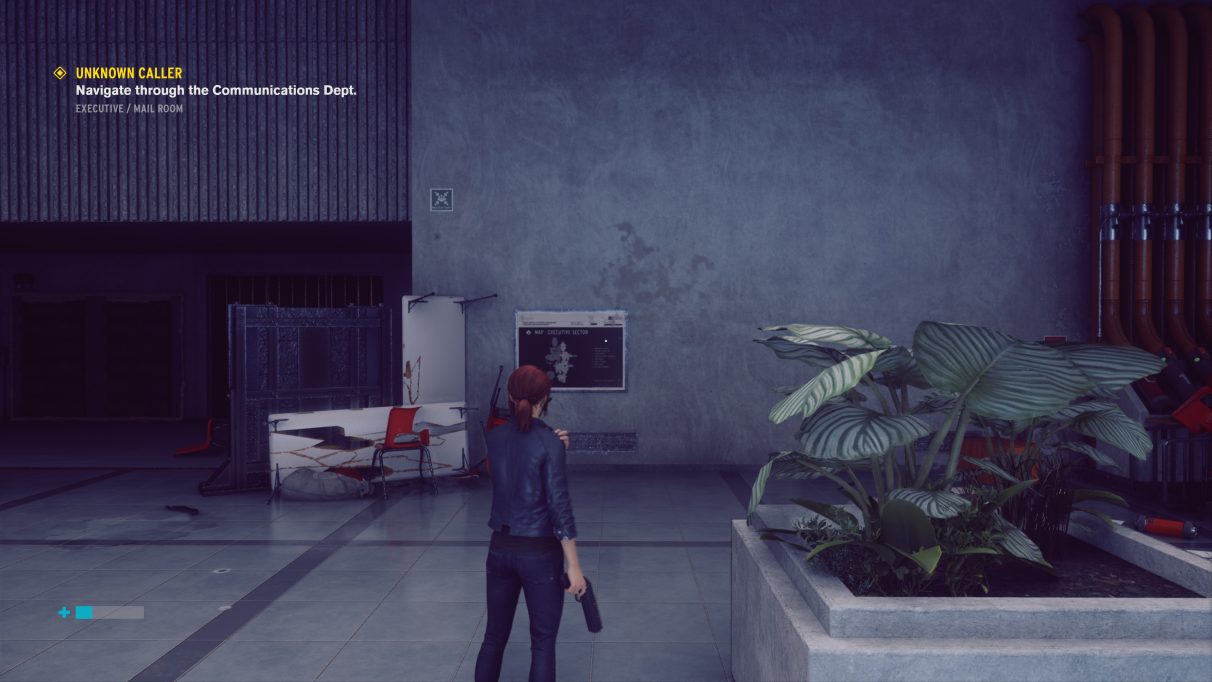 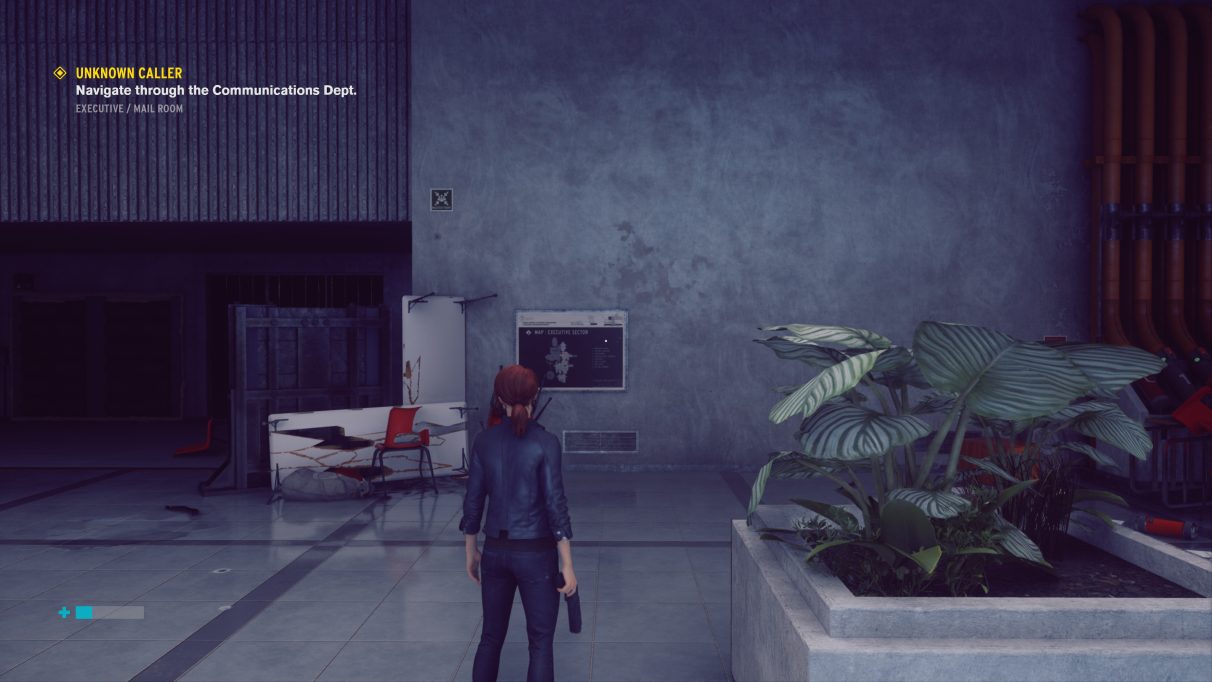 RTX on with reflections… 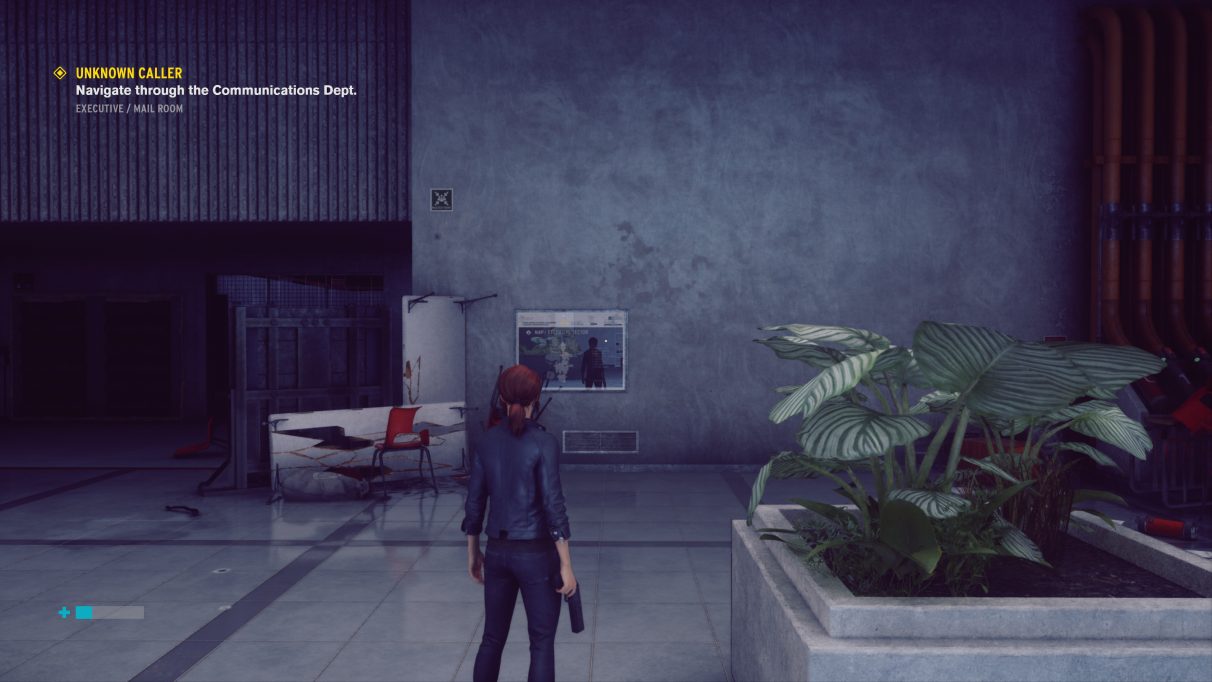 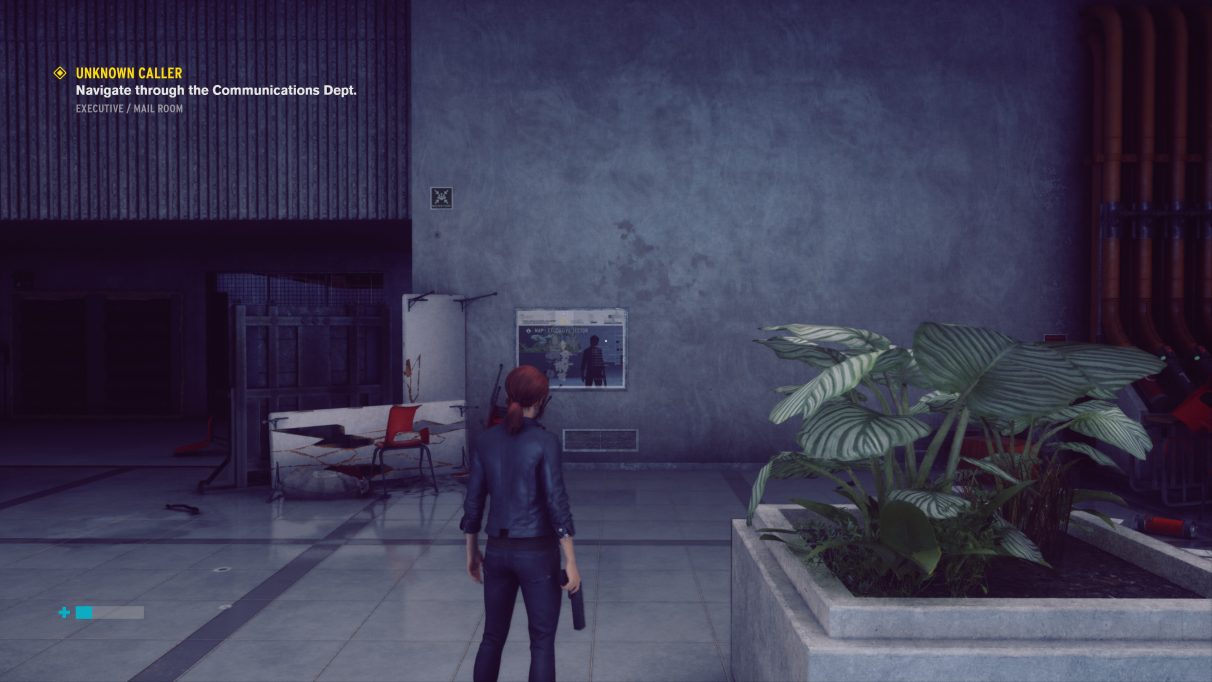 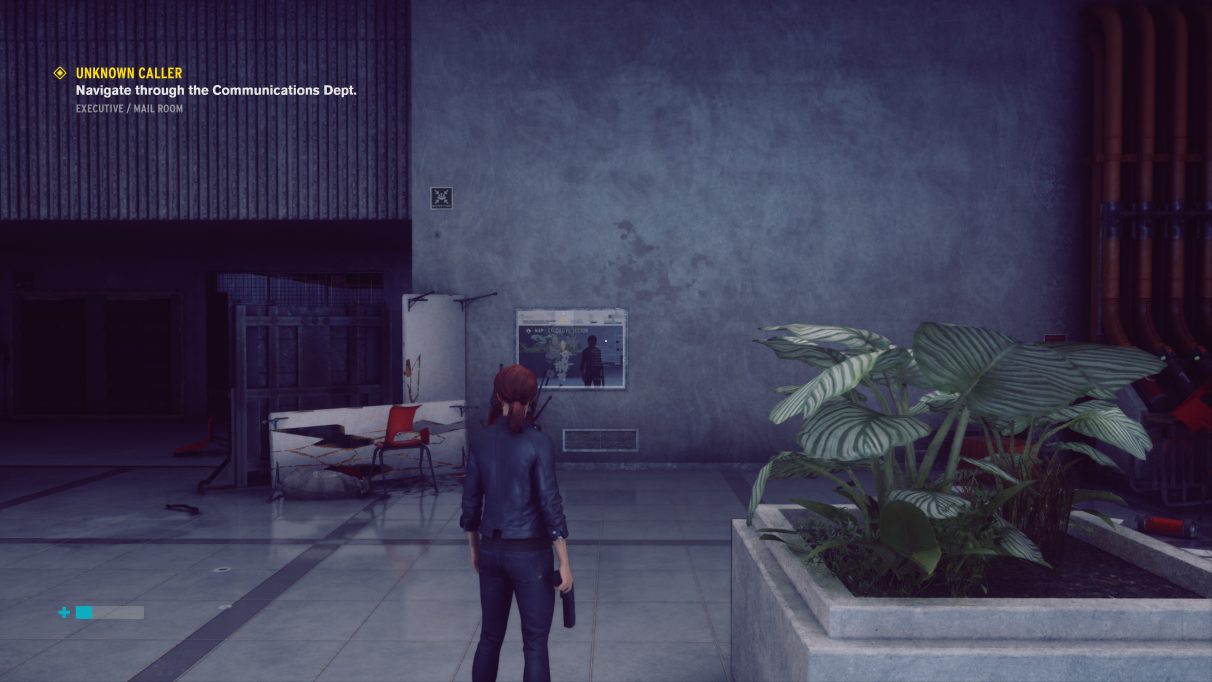 
Without ray tracing, the signs and floors look quite flat and a bit, well, office-blocky. Switch on reflections, however, and the labours of our janitor friend Ahti are finally made plain. Just look at that squeaky clean sheen on those floors. Now that’s what I call a ship-shape federal facility that’s been buffed and polished to within an inch of its life.

I’m also a big fan of the transparent reflection settings, too. This applies a very similar effect to things like wall signs and all those many hundreds of glass panels dividing its dinky cubicles and impressive board rooms, giving them that same, freshly cleaned shine that would make Mr Muscle proud. Indeed, the first time I caught my own reflection in the cafeteria’s wall map running toward me I actually did a bit of a double take. So this is what ray tracing is all about, I thought to myself. It’s a small, easily missable effect in screenshots, sure, but hot damn did it turn my head when I saw it in motion.

Throw diffuse lighting in the mix and you get deeper, more natural looking shadows (see along the bottom of the wall near the air vents and the big plant to Jesse’s right).

Contact shadows and debris, however? They’re a lot more subtle – perhaps even too subtle to be really worth bothering with. The former’s a bit more noticeable when you’re in a room with lots of chairs and tables – see screens below – but even I struggled to see what the debris option was doing even after I’d wrecked an entire room’s worth of office furniture. 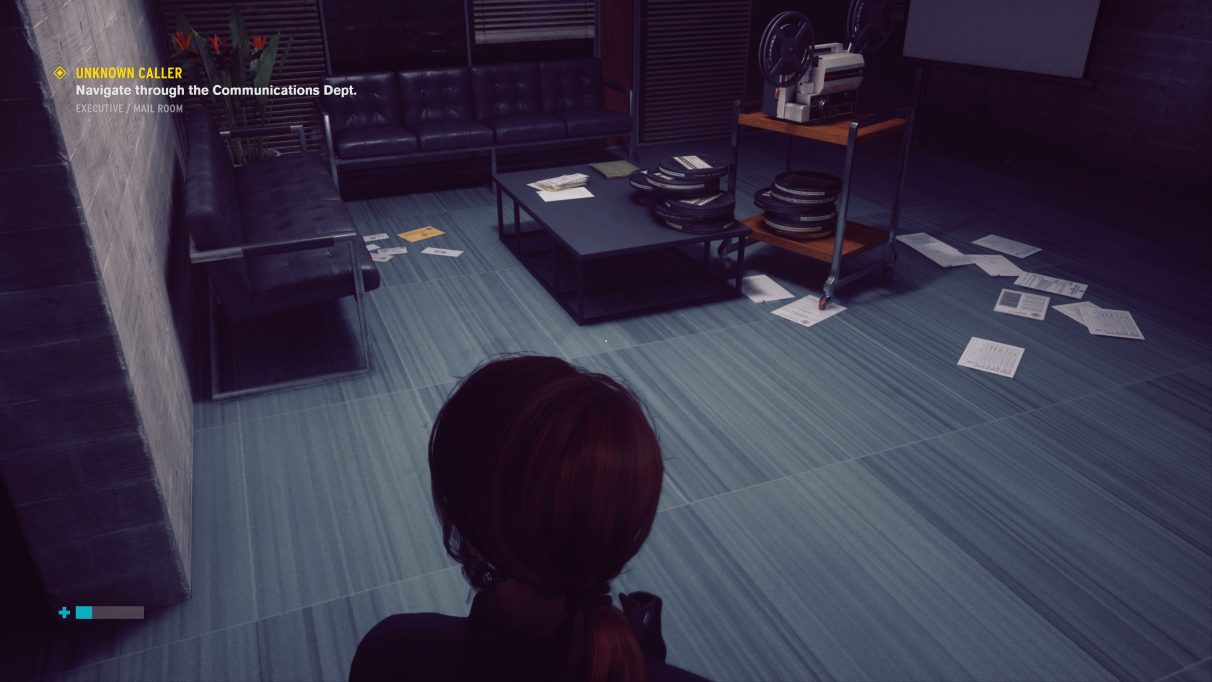 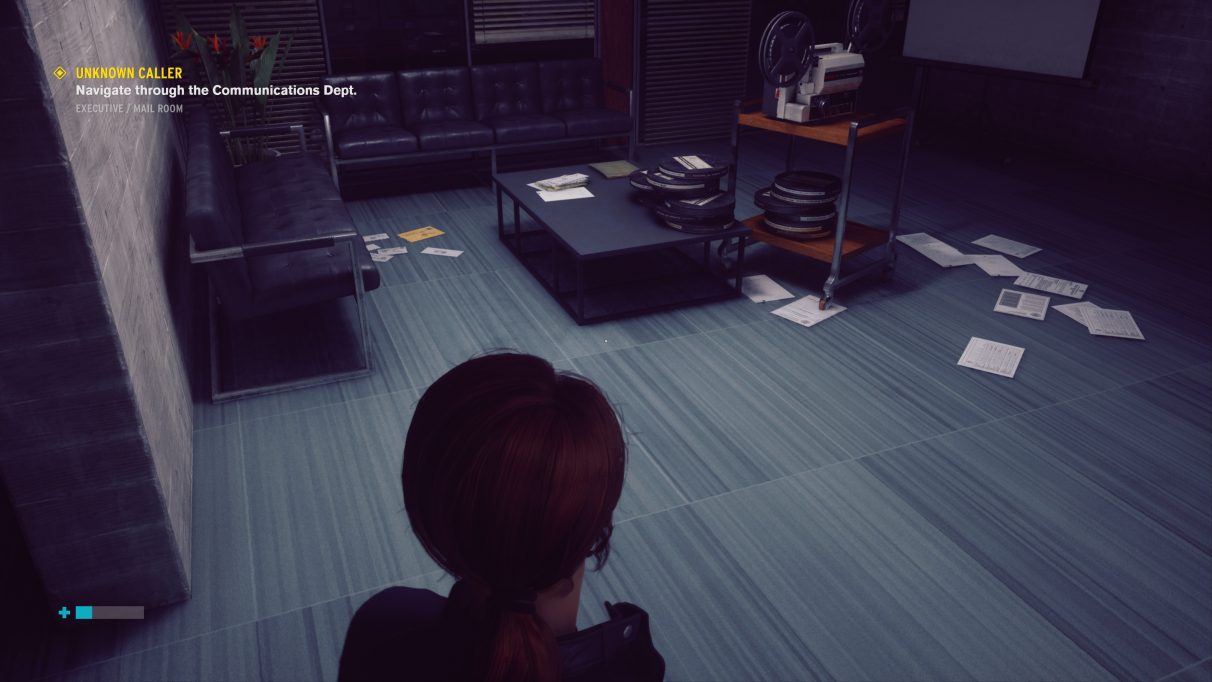 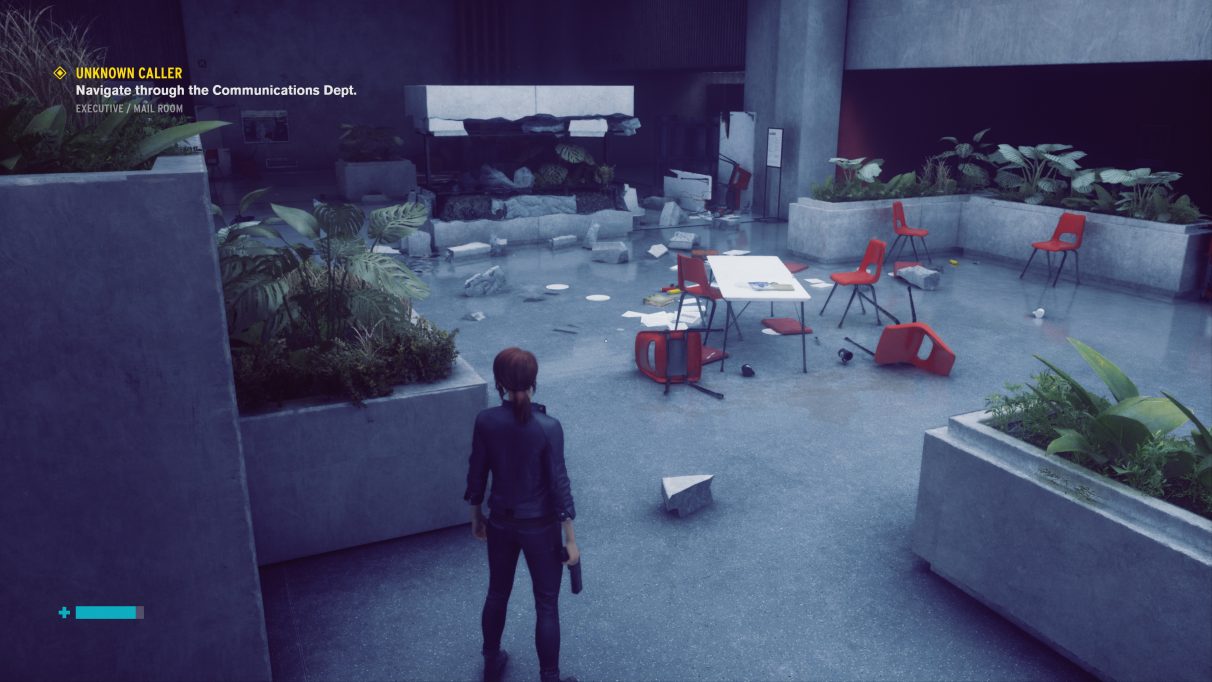 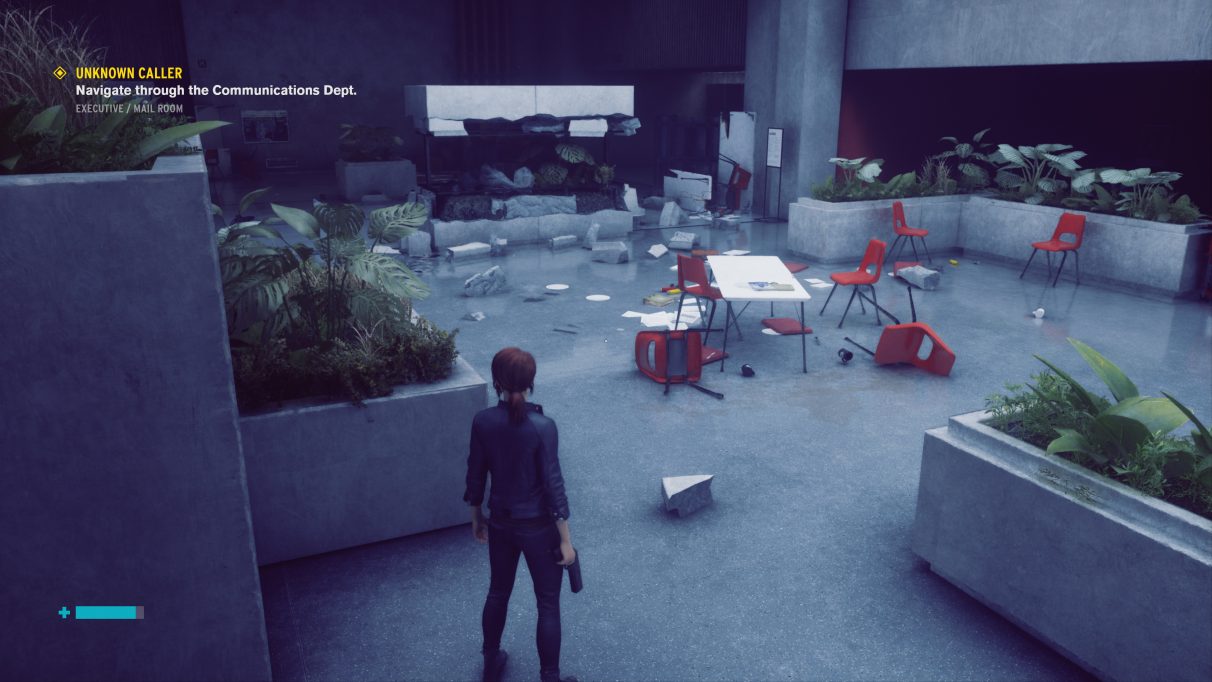 
As a result, I reckon you would probably be perfectly fine leaving both of these options switched off, as I’m just not convinced they really make as much of a noticeable impact as either the reflections or the indirect diffuse lighting.

Of course, the fact that they’re not very noticeable means you also don’t really gain a huge amount by turning them off. Indeed, in my own testing, I only saw an average increase of around 2fps when I didn’t have ray traced contact shadows and debris enabled, which to my tired eyes at least didn’t make the slightest bit of difference whatsoever to my overall perception of how smooth it was. Consequently, it’s probably safe to assume that our pal indirect diffuse lighting is the option taking up the bulk of that extra performance hit over Medium ray tracing.

Control RTX: How to get the best settings

Is there a way, then, to still have ray traced indirect diffuse lighting by fiddling with some of Control’s other settings? Well, I would say you could just turn on DLSS, Nvidia’s magic performance-boosting AI gubbins, but right now that option appears to be completely and utterly broken. In my tests at least, it’s either made absolutely no difference to Control’s performance, or it’s made it a lot worse. Hopefully it’s in the process of being fixed, but for now, we’ll have to make do with switching off other settings to help improve performance. 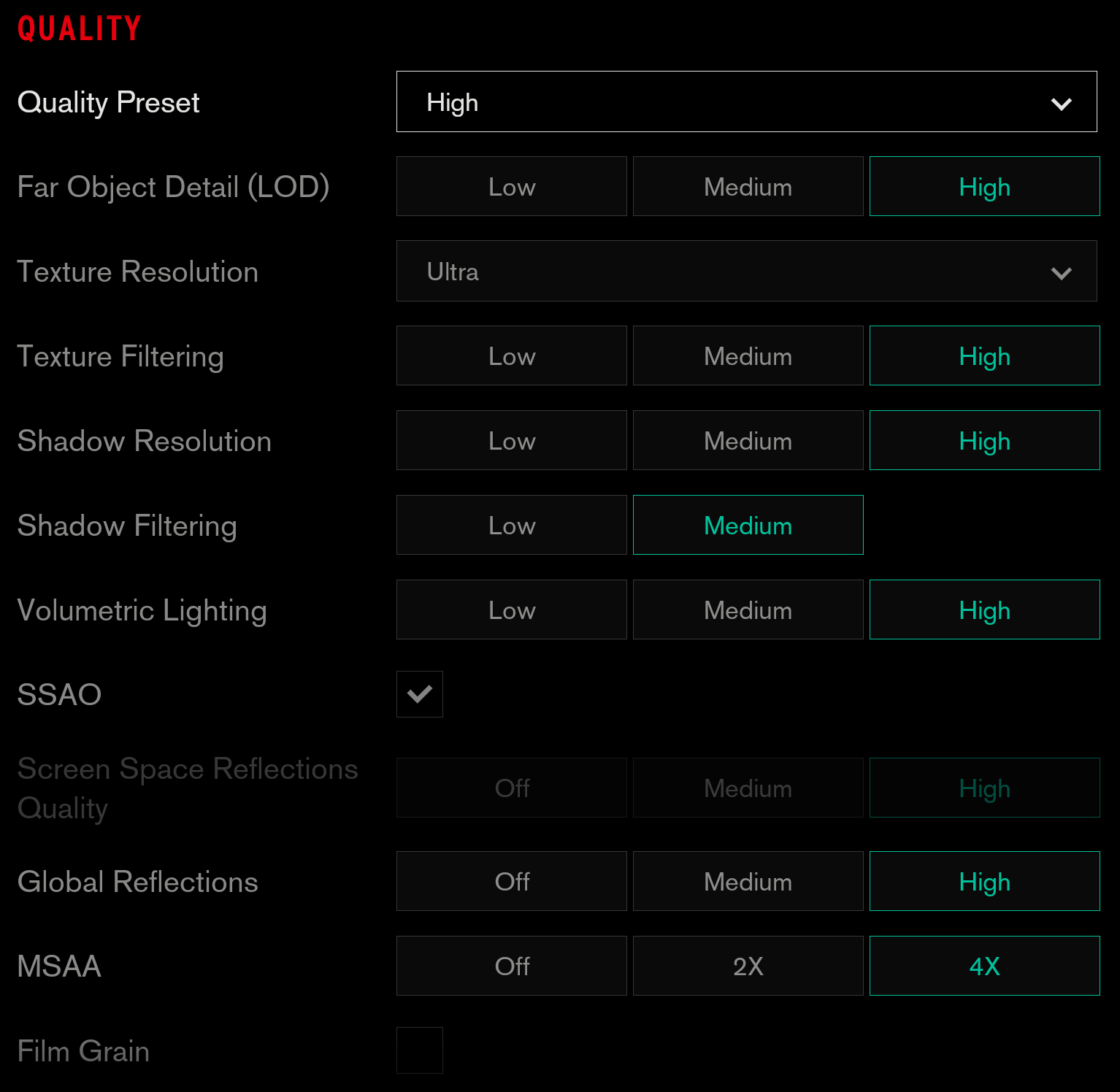 Unfortunately, Remedy haven’t given us a huge number of options to play with here, as what you see above is literally the extent of Control’s quality settings. There are also only three presets: Low, Medium and High, which gives us even less wiggle room to make a tangible impact.

Still, if we take 1920×1080 High as a base line, then one way to nudge that frame rate counter up a teensy bit is by switching off SSAO, lowering the Texture Resolution to High, and selecting MSAA x2 instead of x4. This should help push up your average frame rate by another couple of frames.

It’s also possible to eke out another frame or two by lowering the Texture Filtering to Medium, as even the full-blown Medium quality preset puts this all the way down to Low.

Apart from that, though, turning down any of the other quality settings here would pretty much land us in straight up Medium territory, so you may just have to bite the bullet and say goodbye to indirect diffuse lighting unless you’ve got a more powerful RTX card at your disposal.

Speaking of which, let’s get onto the cards themselves. I’ll be doing a more in-depth graphics performance analysis with non-RTX graphics cards next week, but for now, click the links below to see what each Nvidia RTX card makes of Control, as well as what kind of compromises you’re going to have to make to get those all important ray tracing effects.