This is just what your Monday needed. A Bright Light In The Middle Of The Ocean [official site] is a short, peaceful jaunt up a lighthouse where all you have to do is soak in the scenery. It's one of those 'doing a lot with a little' sort of games/experiences, which does an excellent job of transporting you to another place.

It sounds as pretty as it looks too, with music that reminds me a lot of Minecraft's. The soundtrack responds as you make your ascent, building up to a crescendo that falls away into silence as you reach the top and get sucked into the view instead. There are neat little touches that make the lighthouse feel like a place where someone actually lives, despite the minimalist style.

Books are scattered around the place, as well as sketches and empty mugs. Who needs that many copies of the encyclopedia of birds, you wonder? Lighthouse keepers apparently, who must keep one within reach at all times. There's probably a law or something. 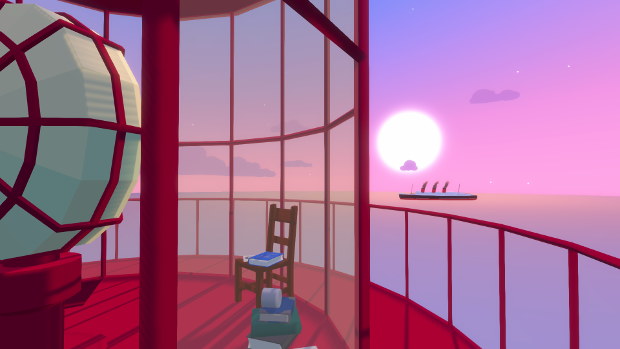 You can also try and ruin it by throwing yourself off the top if that's your thing, though you'll just bounce harmlessly off the ground. Can't you just enjoy something nice for a change?

If you're not ready to return to the real world just yet, creator Fi Silva says they were inspired by Mediterranean Voidland , where you can explore a village in the Mediterranean. They also point to this article on games that aren't about narrative or conflict, which makes a good argument for the value of games that can provide everyone with a peaceful space to just exist in for a little while.

You can grab A Bright Light In The Middle Of The Ocean pay-what-you-want from Itch for Windows, Mac, and Linux. 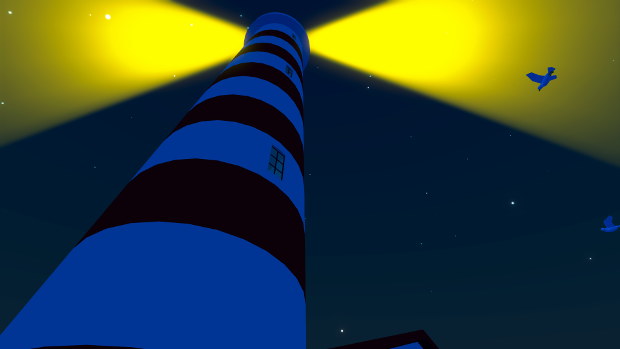