Haven looks like a lovely, chill game, which is exactly The Game Bakers's stated intent. Veering hard in the opposite direction to their intense boss-rush shoot 'o brawler Furi, Haven is a scenic and soft-looking RPG about a young couple that fled to an alien world to be together. While previously little more than a name and a short teaser trailer, the developers are now eager to talk about it, and let us see a little bit of it in motion. They're open about their inspirations, talking about them in this blog post. Below, a trailer showing off what they describe as "Journey meets Persona".

The game appears to be split into three clear segments. Exploration looks like a joy, with the devs saying it "feels like going down a beautiful ski track". Whatever high-tech gubbins lead duo Yu and Kay use to float above the ground also clears away the nasty red "rust" that large chunks of the planet seem to be covered in. More than Journey, it reminds me a little of the recently re-released Flower (also by ThatGameCompany), with dense patches of this "rust" bursting outwards into a cloud of blue-green alien grass.

The other parts of the game are combat, which is a "not turn-based, but not completely real time" RPG setup that reminds me a little of Chrono Trigger. You control both characters simultaneously. Yu with one half of the controller, Kay with the other, and you charge actions by holding the relevant button, then release it to act. The Game Bakers say there's "no real stress" to move quickly, but there's a "sensual rhythm" to the fights. Strangely sexy sci-fi laser battles? Who knew.

The last facet of the game is dialogue choices made either out in the field, or just at home during the couple's down-time. As well as steering dialogue and giving you other angles on the story, they hint that some choices can have long-term consequences. Hopefully it's not possible to ruin their relationship, but I'll be damned if I'm not going to try. Undertale and its maddening challenges for villainy have corrupted me. 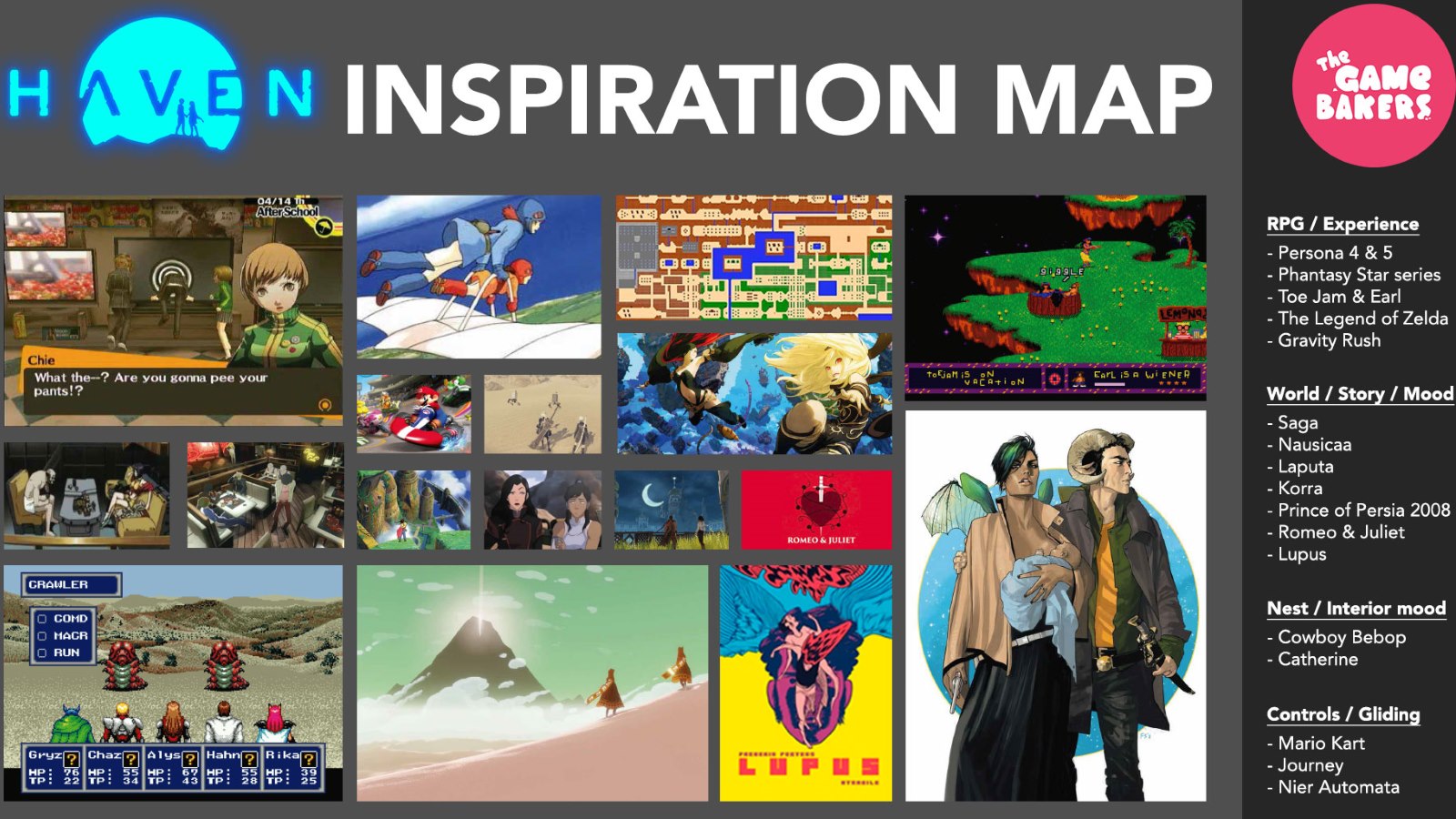 The Game Bakers have even shared a map of their inspirations for the game. Just from the trailer, I can see how it adds up. Most interestingly, it seems they've put excellent and strange science-fantasy comic Saga high on their list of inspirations for the game's story and mood. Anything that makes nods to Phantasy Star, Nausicaa and Gravity Rush earns some respect from me as well. I'd have been happy with them doing just another boss-rush action game, but I reckon they've got something special here, and I'm eager to see whether it hits the high notes they're aiming for.

Haven won't be out until next year, but you can keep up with its development on its official page, The Game Bakers's blog here, its Steam store page.