Pow! Whack! Absolve! The martial arts biffing game Absolver [official site] is my hot cup of videogames at the moment. But like its slap-happy characters, it’s a bit on the skinny side. Once you’ve completed the story, there’s little remaining for the PvP-averse. And even online fighters might find themselves at a loss after mastering all the moves. So I asked creators Sloclap what’s in their fightpipes. The sad part is that new attacks, bosses and PvE areas are all at the back of the queue. The good news is there are a lot of small improvements coming, including a way to redistribute your character's skill points, and pigments for changing the colour of your raggedy trousers.

“In an upcoming update we will introduce a ‘Prestige system’,” said creative lead Pierre Tarno, “which will allow high level players to respec their character, as well as get access to rare and even unique equipment. We are currently creating very cool assets (both rare variants, and unique pieces), and will give a more precise ETA on this very soon.”

That’s all well and good for the level 60 Kung Fu masters, however, it looks like softy singletons won’t get any beautiful new environments or tough bosses for a while.

“Upcoming new areas will be dedicated to PvP,” said Tarno, “[there’s] no ETA yet on new areas and bosses, but it's something that players request often so this is certainly something we'll be looking into.” 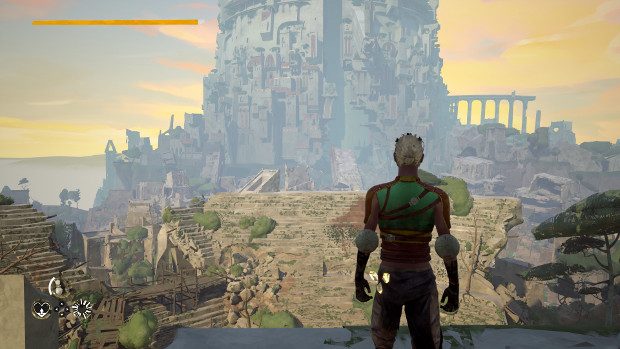 As consolation for us punchbags, Sloclap are looking to improve the way loot works. Currently you can get a lot of pointless duplicates and there’s no use for them, or even a means to get rid of them. That’ll be fixed, says Tarno.

“...we know that players can feel frustrated at not getting the items they want, having lots of duplicates, etc. We are going to do a couple of things to fix this: reworking our inventory to make it more manageable, as well as adding a system that will allow players to destroy pieces of equipment, which will give them a pigment allowing them to change the color variants of other pieces of equipment.”

Colour control! That’s character customisation 101, and it’s good to see plans for it even if it is a very tiny addition. As for bigger issues, like lag and connection problems, they are still working to improve these.

“We're sorry about the lag and connection issues that were present at launch; even if it's often the case for online games, it's still very annoying for players when you can't connect to servers for an online game… we will keep working (very) hard on improving our matchmaking system to detect this better, and ensure everybody has the best possible experience.”

Altogether, these are small things. If we were speaking Kaplanesque, we’d call them “quality of life improvements”. But that’s fine, that’s good. Finally, I asked Tarno about the “Calbot” slap – a silly, super-low-damage attack which is slowly spreading from player to player.

“This was done as a joke by one of our animators,” he said, “but we thought it was pretty funny so we left it as an Easter egg. We love the fact that it became such a hit with the community.”

We’ll have more on the game for as long as I enjoy getting pummeled to the point of disintegration, and you can always read Fraser's Absolver review.