Intricate 4X strategy games don’t benefit much from short demos, especially during the annual videogames vomitorium of E3. But a short demo is what I got with Age Of Wonders: Planetfall. I would need far more time to get an understanding for the Civ-like encroachment of its world map. And I can't give you a solid impression of the battles based on the single brief tussle I had. All I can say is that I liked this giant squidlike warbeast called the Plague Lord, and I think he should be elected Prime Minister of Great Britain and Northern Ireland.

The Plague Lord can reanimate dead troops, launch tree-sized spikes at people he does not enjoy, and fart out a cloud of spores that heals all his nearby warbuds. His aptitude for terror is matched only by the enthusiasm of his flavour text marketing spiel.

“With a simple inoculation of training serum and 32 million credits,” says the unit description, “you can unveil this terrifying new weapon in your next military engagement.”

What a bargain. 32 million credits for an alien monstrosity is the best deal since judges decided it should only cost £350 to throw a milkshake at Nigel Farage. You use the Plague Lord during the zoomed-in battles of Planetfall, which have an unmistakable XCOM taste to them. There is cover (destructible) and an overwatch ability. There are little action pips to show how many moves and attacks you can make. The big difference is that it’s all on a big hexy map, and the units feel more fodder-like than your named and famed warriors of Earth. 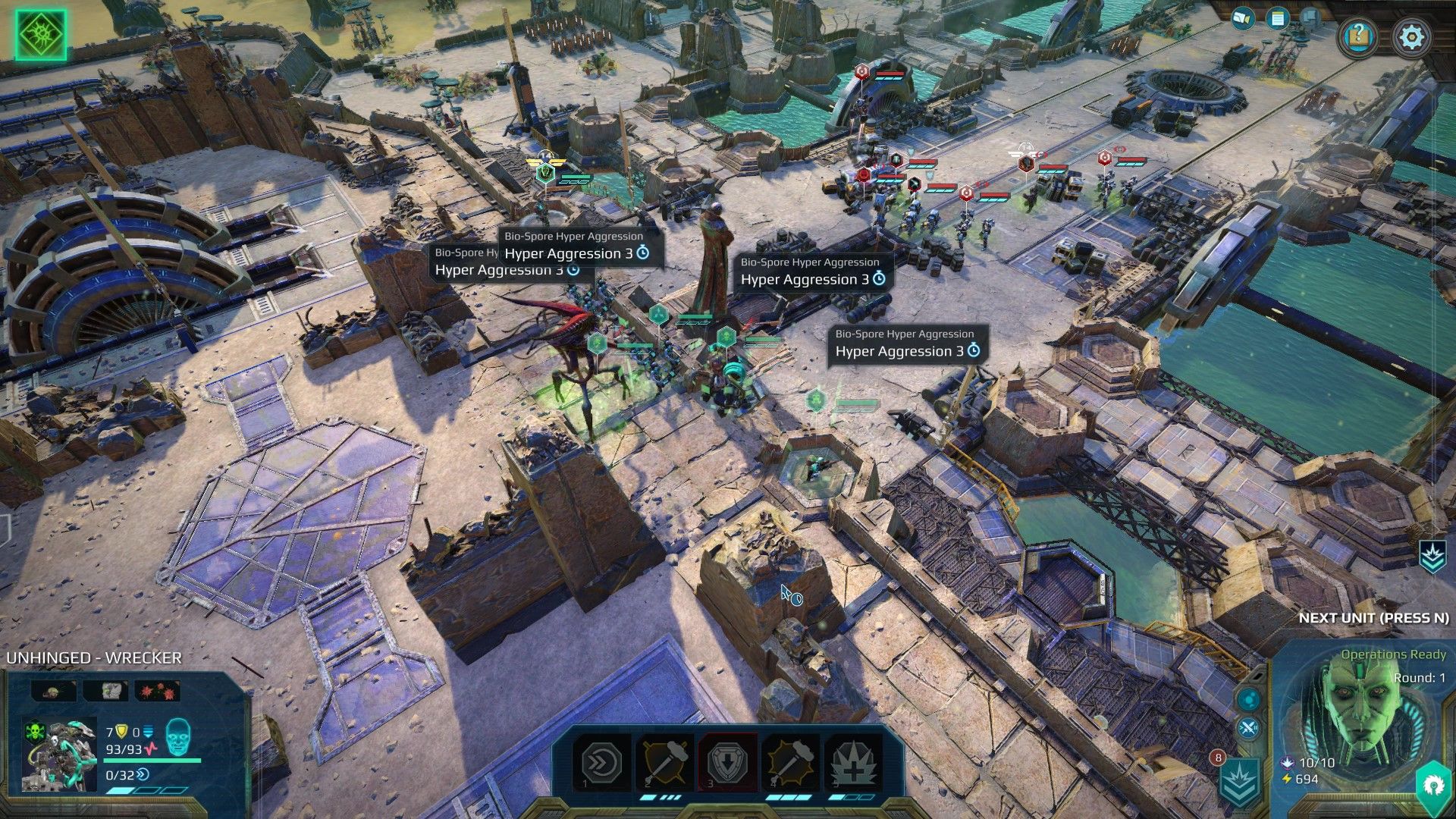 The Plague PM is only one of the troops I saw during the demo. There was a “vorpal sniper” who could blind enemy units for two turns with a snappy bullet, and my faction’s toxin-obsessed commander, who would get an extra action point anytime she landed a killing shot (but only once per turn). There was also a hulking hammer-wielder who, like our benevolent tentacled eminence, could deliver handy buff-puffs of flatulence, making all fellow troops who snort the gas cloud “hyper-aggressive”. They’ll do 25% more damage now. 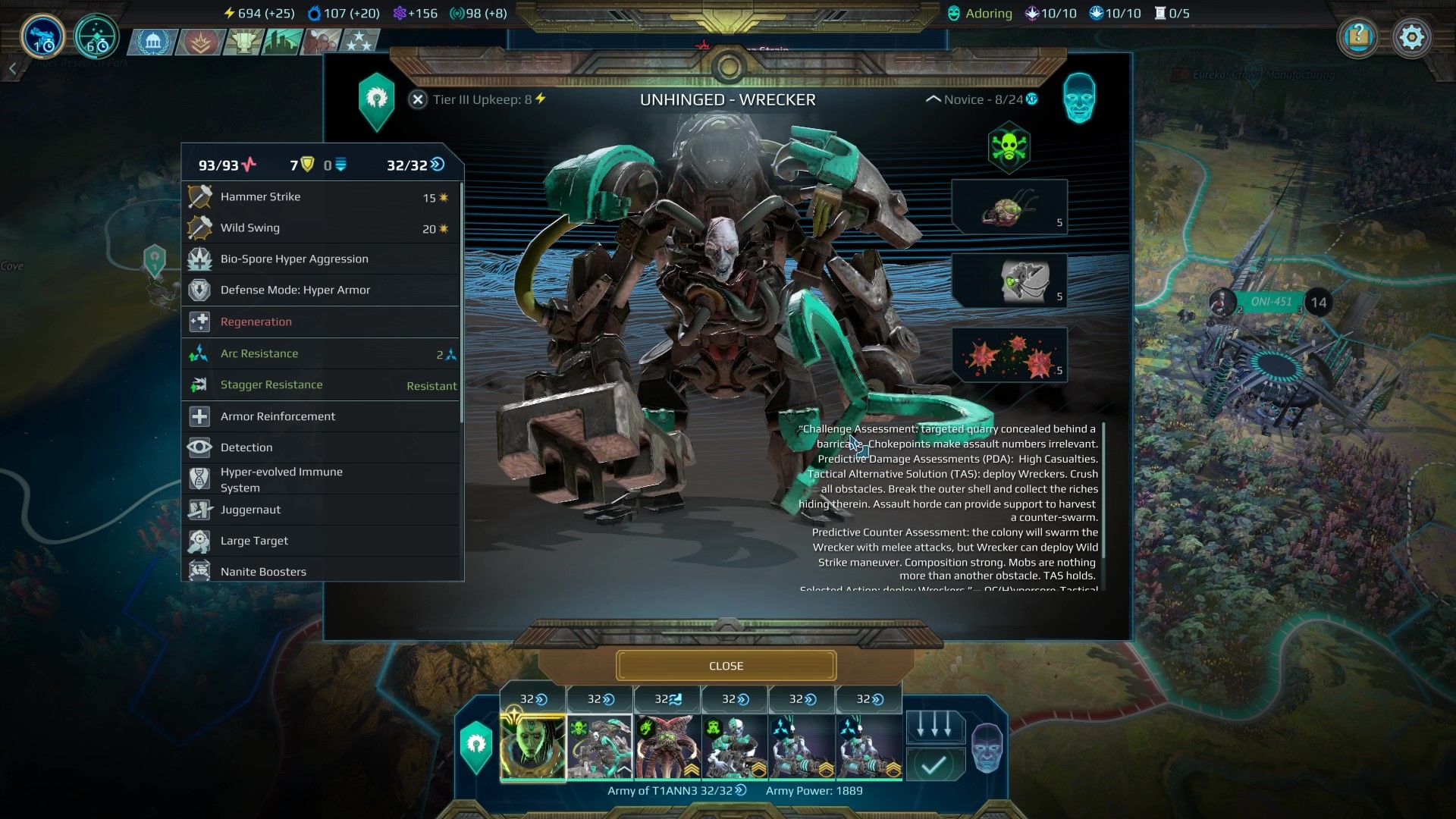 Spores and toxins are this faction’s big deal, as you can tell. Back in the overworld, away from these frontline battles, there are a bunch of other groups scrabbling for turn on a Civilization style planet map. I’m playing as The Assembly, who are more or less jerk cyborg scavengers. But there are also hivemind insects who have bad history with humans (the humans basically pulled a Genophage on them). Or you could play as the Amazons, a clan of all-female terraforming scientists who “ride dinosaurs into battle”. There are a few more factions, but I’m not sure you care after reading the previous sentence. 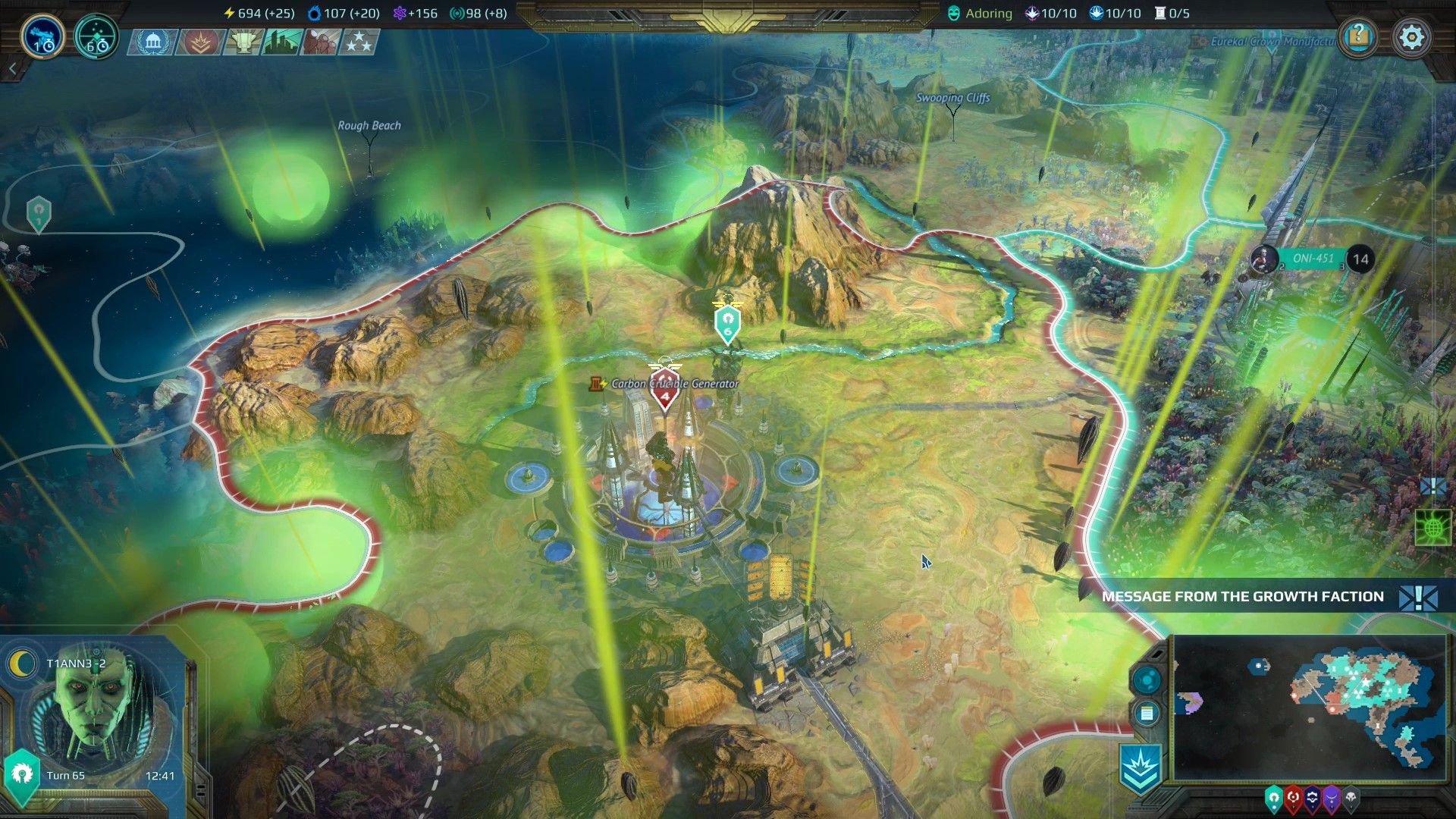 Each of these misfit gangs can win a game by triggering a big doomsday event at the end of their tech tree. In this demo, our cyborgian “tech victory” can be achieved with something called the “Omega Awakening”, which is (you guessed it) another massive farty biohazard. In this case, plague-spreading spores descend over the whole overworld map, and if we survive 10 turns we’ll win the game (we also have to keep some “doomsday towers” from being destroyed, which resets the timer).

Our enemy in the demo is a man called Michael Valentine who fights for the space mariney Vanguard faction, and who my demo handler calls “a bit of a douchebag”. He looks like Steven Toast in a military uniform. 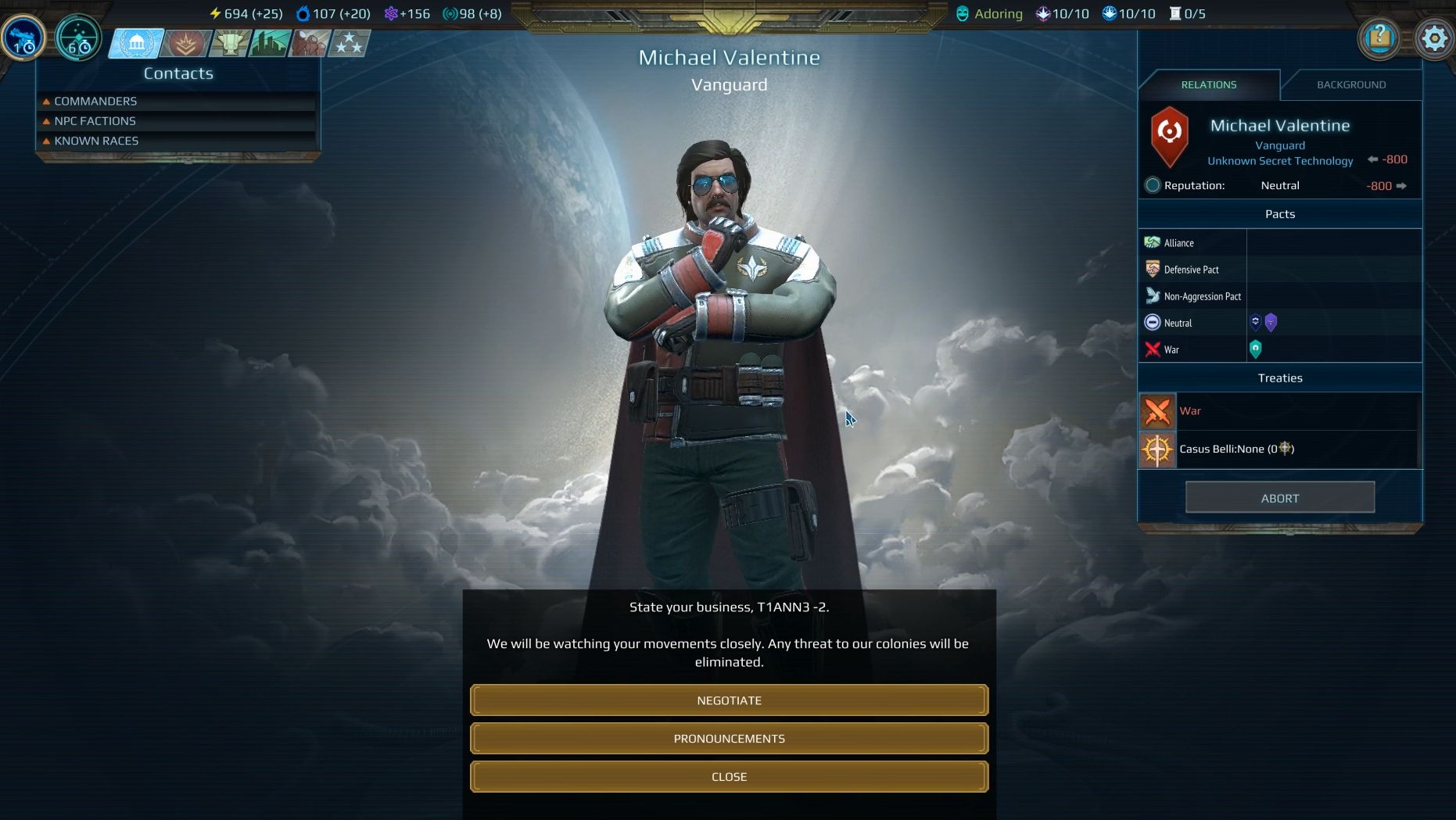 I won the battle against Toast of Planetfall, mostly by following the suggestions of the demo's handler. It was mostly a matter of shifting troops, concentrating gunfire, and calling in special attacks from orbital weapons to take down a troublesome mech. But in theory it would take nine more turns of the world map for my cyborg gasbags to win outright. I didn’t have nine more turns. The next journalist was waiting, scowling at me through a window in the demo booth’s door. Like I say, E3 is not the place to get a good look at such a complex strategy game. But it is a good place to be introduced to the new Tory party leader and ruler of the United Kingdom. So that is my takeaway. I salute you, Plague Lord. Please do not impale me.