Amazon Game Studios announced their upcoming 17th century MMO New World late last year. It's planned for a release this May and at only three months out, it seems like I know a lot less than I'd like to about what on Earth (or Aeternum?) this new open world online game is supposed to be. Amazon released another in a series of developer diaries today talking more about world lore and factions but frankly I still don't think it tells us much.

As Alice0 noted late last year, Amazon seem to still be talking about New World in quite vague terms. That doesn't change much, if at all, with the new developer diary. It's a pretty video (you can check it out below) but largely consists of Amazon team members giving the marketing pitch for the game over top of B-roll shots of the environment and idling enemies.

There are all the usual buzz-y words like "vast explorable world" and "each faction has their own objectives and desires." It's the sort of language that will sound familiar to anyone that's followed the pre-release of an open-world RPG or an MMO. It may be neat that the world is "vast" but I'd rather Amazon tell me why I'll want to play in it.

The developer diary carries on with explaining some of the larger conflicts of the world. The Angry Earth (the name of one of the factions, it seems) are part of Aeternum's self-defense system against those invading an colonizing it.

I've found over the years that I often stick with MMOs and online games a lot longer if they're set in universes that are already established. Elder Scrolls Online, Lord Of The Rings Online, etc. Guild Wars is an exception for me, but I otherwise find it quite tough to get invested in a world that's cutting its teeth as an MMO. So when I hear that New World's factions are things like "the lost," and "corrupted," and "ancients"—without even harping on the game's bland name itself—I wonder if New World will have anything worth remembering. 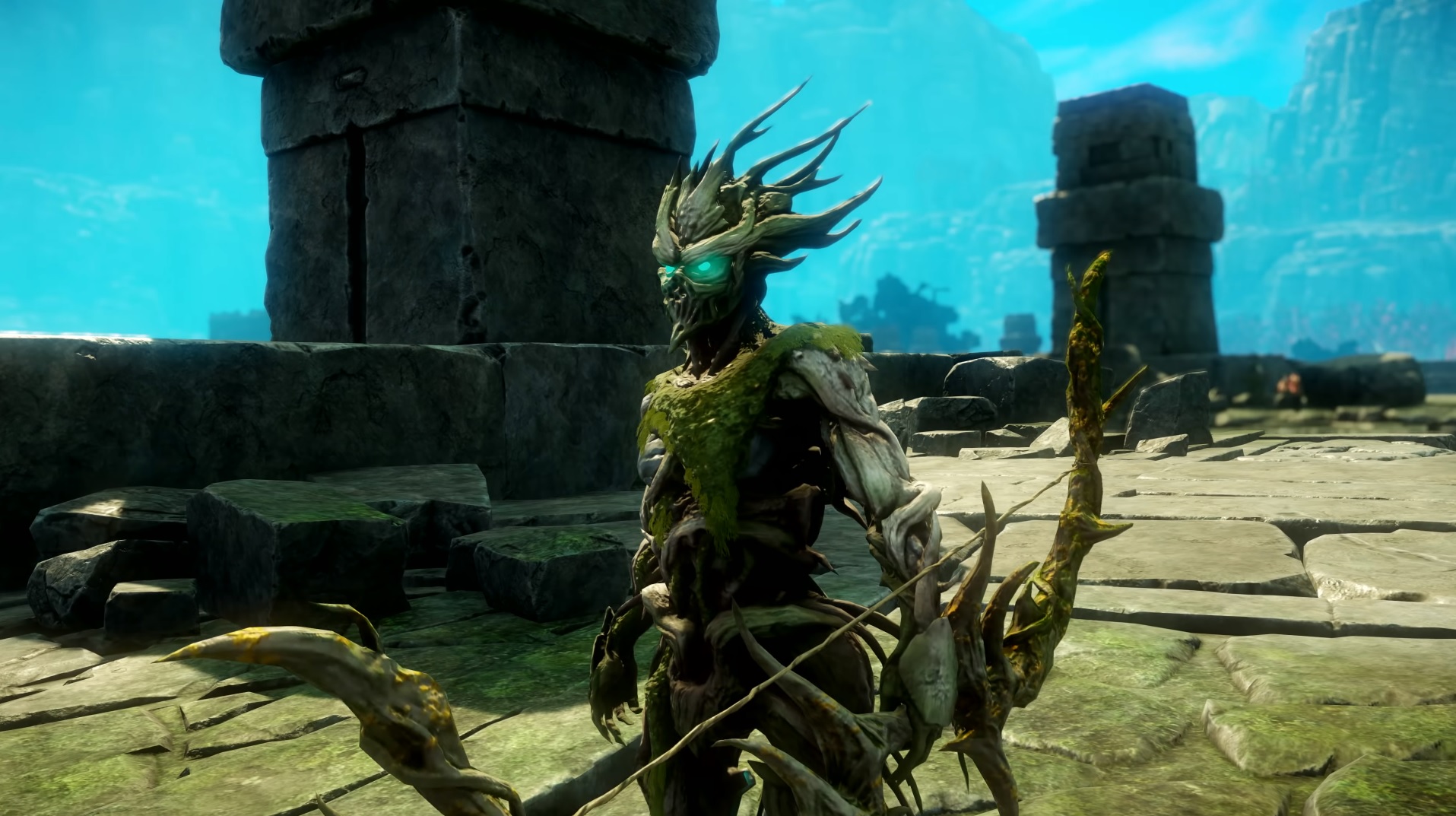 One of the potentially cooler bits outlined in the video is the concept of territory wars between factions and players. Enemy factions will respond to players' presence and skill by doing things like blockading roads or opening portals that summon groups of their faction to fight against you. Players can also apparently help grow their towns and will need to defend them against NPC enemies and players both. It has the potential to be a neat system but with Amazon painting in such broad, marketing-y strokes, it's difficult to tell. There's just a whiff of gameplay shown at the end related to this territory concept though it's also a bit too brief to grasp the scope of.

It would be swell to have another MMO in the rotation but it's not clear yet if Amazon are developing a worthy new competitor or just a BINGO card of best hits from the MMO playbook. You can watch out for more developer diary videos as Amazon release them in the coming weeks and months over on YouTube. You can also sign up on their website to potentially play in New World's beta currently planned for April.