You're forced into Freeplay in Anthem a number of times, but just because you have to, doesn't mean it's pointless. There's plenty to do here, such as farm for materials, embers, and kills on enemies of certain ranks. This guide includes a map of the world of Anthem, while also going over World Events in Freeplay mode, as well as point out the significance in Hidden Places.

Looking for help with missions, or how to get to grips with navigation in Anthem? Be sure to check out our Anthem guide for everything you need to know about Bioware's latest space adventure. You can also look at our Anthem loot guide for more on the ins and outs of loot farming. 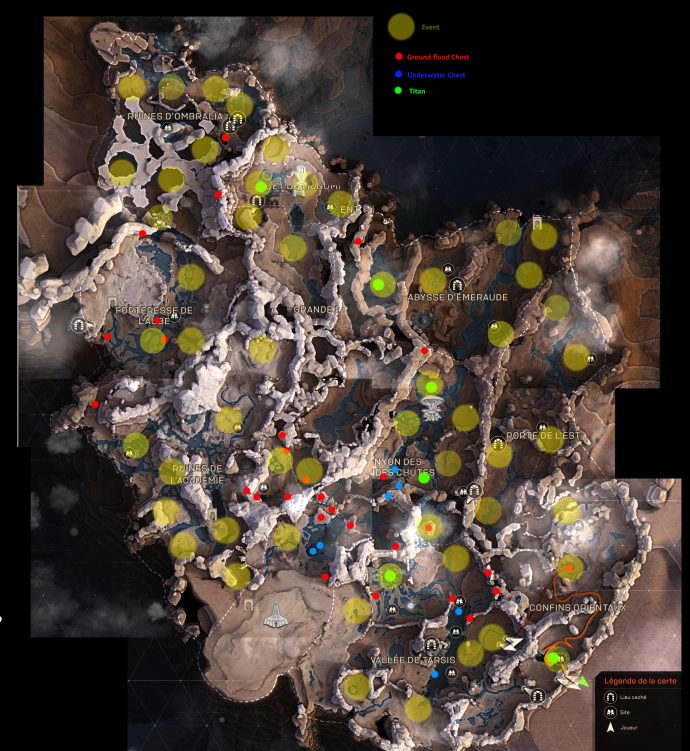 Click the image above for the full size version.

Above is a map, created and uploaded in the comments of a similar World map post by Reddit user "epironron", that includes all of the possible World Event locations in the game. The blue dots indicate where a World Event will spawn, while the blue dots with yellow circles are spawn points for Titans - particularly difficult foes that will need multiple players to take them down. It also includes some of the treasure chest locations, in case you're still hunting for them for precious loot. 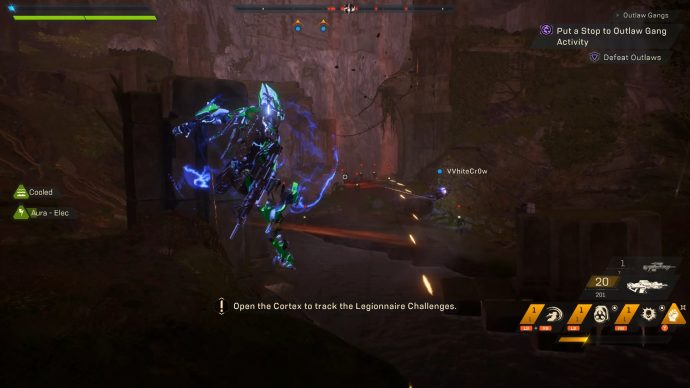 As you fly around gathering resources and finding chests hidden across the world, you'll come across requests for help. These tend to appear in specific areas of the map, though the areas are relatively wide. If you want the widest concentration of world events to appear, head to the Grand Falls Canyon region as there are at least five spots where these missions can spawn - even if the world events you'll find are randomised.

Here is a list of all the world events that are currently in the game. Note that some of them seem to have a limited time frame in which they'll appear. You can check out the latest ones by heading back into Fort Tarsis, and going to the Newsfeed on your map. It's towards the north of the city and it's next to Owen. 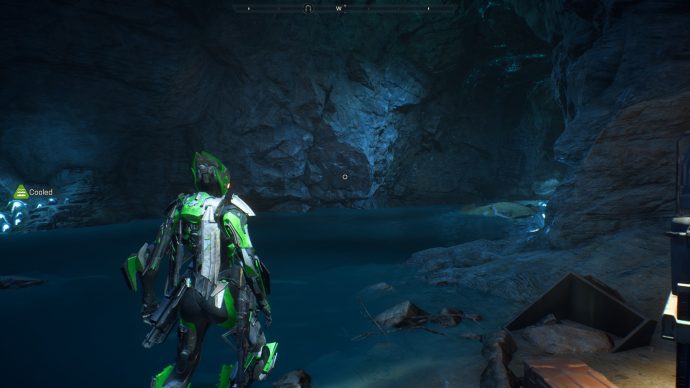 These areas are usually part of the various missions in the game, but you can revisit them in Freeplay. Doing so will pit you against one of the three enemy factions (Scar, Outlaw, or Dominion) and it usually culminates in a fight against a Legendary enemy. They're dotted all around the map, so look at the legend on the map to find the ones available to you.

You can also find a lot of resources, such as Chimeric Alloys, in ones such as the Hidden Place towards the bottom right of the map. Once you reach the end, you'll usually find a chest with some goodies, as well as a terminal that takes you back outside the hidden place you're currently in.

As for other things you can do in Freeplay,  you can check our guide to Anthem Tomb of the Legionnaires freeplay mission, since you're likely to spend a lot of time trying to work out how best to complete it to progress the story. The resources that you pick up in Freeplay can also be taken back to Fort Tarsis, so check out our Anthem Crafting guide for more.