Anthem's Tomb of the Legionnaires freeplay quest is one of the more tedious parts of the main campaign. It requires you to complete a lot of challenges, the most annoying of which asking you to find a bunch of chests dotted around the map. So to get you further into the game with as little hassle as possible, this guide will go over the treasure chests locations, and explain the best ways to complete the rest of the challenges.

Anthem Tomb of the Legionnaires guide

Looking for help with missions, or how to get to grips with navigation in Anthem? Be sure to check out our Anthem guide for everything you need to know about Bioware's latest space adventure. You get the Tomb of the Legionnaires challenges after a story mission where you reunite with Faye. It's highly recommended that as soon as it appears, you go and find the four tombs.

Quickest way to get 15 treasure chests

It's highly likely that the source of your frustration with this quest is to do with the treasure chests. This is part of the Trial of Yvenia, more on where to find that in a bit, and at the time of writing requires you to physically open the chests - however this will change so that being near a chest that's currently being opened will count towards the trial progress. The reason that this is important is because chests have fixed locations, but don't always spawn there - maybe because someone got there first and it needs chance to respawn. I would recommend that you do this trial last out of all of them, but keep an eye out for chests along the way so that you won't need as many to complete the challenge later on.

So how do you get this trial done quickly so you can move on? Well it does involve a bit of busywork. I've put a video guide above that explains the fastest way to complete this challenge, but I'll explain how to do it here as well.

There are some others you can find nearby if the method above is not quick enough for you. Just follow the steps below to find them: 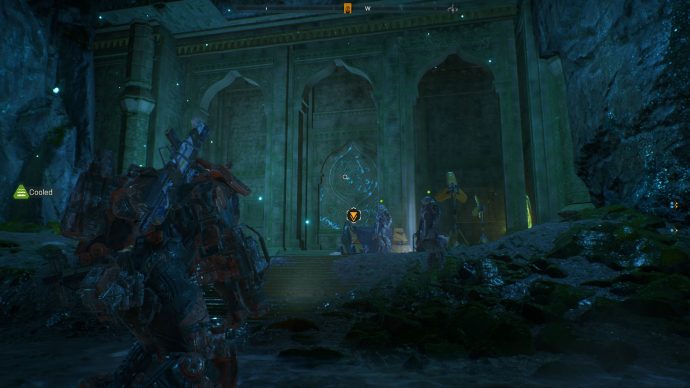 Tomb of the Legionnaires Trials

As for the rest of the trials, there is a wide variety of difficulty. When you first get the mission, you'll have their locations marked on the map.

These trials require a little bit of finesse in how you defeat enemies and relies heavily on your use of gears. You also need to finish three missions in any mode.

With the Gawnes Trials, just keep killing enemies to finish the trials. Legendary enemies are just tougher variants of the regular enemies, but they spawn more regularly on harder difficulties.

This is the trial that most people probably get stuck on because of that 15 chests one, however the rest of the trials are relatively straightforward if you know what to look for. Three out of the four trials are scavenger hunts of sorts, while

That's all for our Tomb of the Legionnaires guide, but there's plenty more to discover in Anthem. Take a look at the Anthem Loadouts guide to get the lowdown on how to equip your gears and weapons. There are also some tough missions for you and others to face, so be sure to be prepared for those expeditions by looking at our Anthem Strongholds guide.