Want to learn how to best support your team with Apex Legends' resident healer, Lifeline? You’ve come to the right place. Lifeline has remained one of the most popular and characters in Apex Legends since its launch and it’s not hard to see why. Keeping your team healthy and well resourced is often key to victory in Apex Legends, and there are few better at it than Lifeline.

Learn how to play as Lifeline with the top tips in our Apex Legends Lifeline guide for Season 10. We'll go over each of her abilities in turn, and how best to use them to increase your team's chances of winning a match.

Lifeline has access to three abilities: Combat Revive (Passive), D.O.C Heal Drone (Tactical), and Care Package (Ultimate). Lifeline also has an unlisted ability that allows her to open secret compartments on blue lootbins. Each of these abilities is about keeping your teammates alive as well as replenishing and improving resources. Lifeline is a Support Legend putting her in the same class as Loba.

Lifeline's abilities center around healing and equipment, able to be used to benefit not only your teammates but yourself as well. As of Season 9, her Passive no longer deploys a shield in front of teammates she revives. But she can still use her D.O.C. Drone to revive them instead of doing it herself; she can now revive both her teammates at once while still remaining free to move around and defend against enemies. She’s one of the best Apex Legends characters, and no one will ever be upset to have a Lifeline on the team.

Let's start by looking at the general strengths and weaknesses of Lifelines toolkit. We'll go over the ability-specific tips and tricks below, but first here are some general tips and tidbits of advice to take into the Apex Games with Lifeline:

Description: Deploy D.O.C to revive teammates, leaving you free to move and defend.

Lifeline's Passive allows her to simply tap a knocked teammate to deploy her Drone to revive them, leaving Lifeline free to continue fighting. It's a powerful ability, and one which she can use on both her teammates at once if they're knocked; but obviously you'll have to be careful where and when you decide to revive, because there's nothing to protect Lifeline's allies while they're being revived.

Still, being able to provide covering fire while they are brought up can not be overestimated. 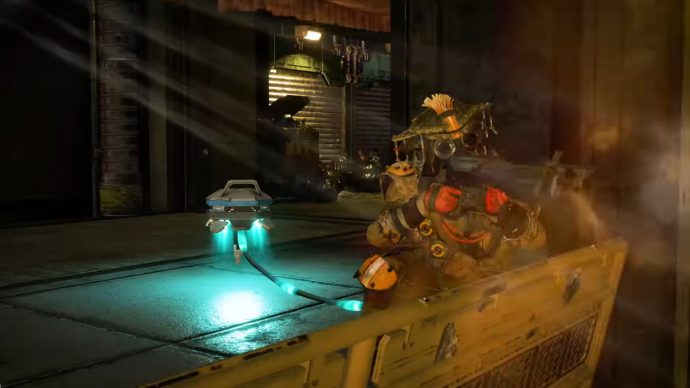 Description: Deploy your Drone Of Compassion (DOC) to automatically heal others over time. Cooldown: 45 seconds.

Lifeline's Heal Drone is a fairly reliable and useful source of healing for the entire team. Using this ability will deploy a drone that automatically heals nearby allies and enemies alike for its 20-second duration. It allows players to save Syringes and Medkits for more dire circumstances, and to passively heal while shooting or looting. 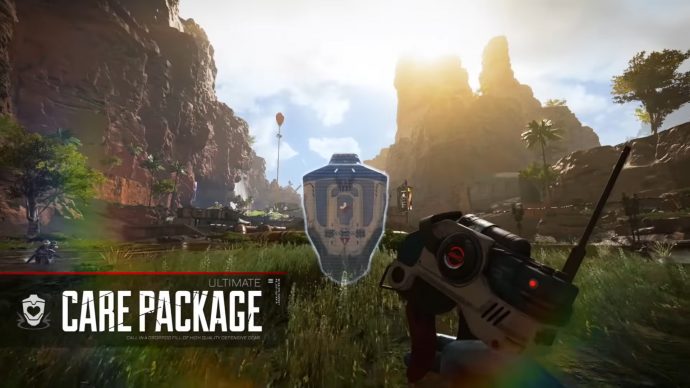 Lifeline's Care Package is her signature skill, and it is potentially game-changing in a very similar manner to Loba's Ultimate. Use this ability to deploy a Care Package near your location. The Care Package takes 15 seconds to land, after which it can be opened and the three high-quality pieces of loot inside can be taken.

As of Season 9, the Care Package contents will guarantee upgrades to your existing gear. So if you already have Purple Armor, you have a very high chance of getting Gold Armor, and so on.

Born on Psmathe, Ajay Che has a strained relationship with her family. She is the heir and daughter of two rich war profiteers, a business she wants no part in. Once she understood the devastation her family had caused colonised worlds, she left to join the Frontier Corps, an organisation that aims to bring humanitarian aide to those that need it.

She has since distanced herself from her family’s legacy and is dedicated to helping others. However, that pursuit has taken her to a strange place: she's signed up to the Apex Games in order to share her winnings with the Frontier Corps. She’s out there, tearing apart opponents in bloodsport for charity. It's very thoughtful, really.

She also has an interest in drumming, having learnt from a band called The Flyer Liars, who she helped crew for. Also, Octane is her best friend. In fact, she was even kind enough to give him his bionic legs, after he blew his own off trying to break a Gauntlet record.

Congratulations! You are now an expert at playing Lifeline. Can you feel all that newfound knowledge and experience pulsing through your synapses? For full details and opinions on all of the characters together, take a look at our Apex Legends characters guide for everything you need.