Want to learn how to master Loba and her abilities in Apex Legends? Loba the Translocating Thief is one of the post-launch additions to the Apex Legends characters roster. A world-class thief with a knack for getting out of dangerous spots, her abilities can be used to great effect as long as you think through each use carefully. Our Apex Legends Loba guide will equip you with various practical tips and tricks for each of her abilities.

Loba has access to three abilities: Eye for Quality (Passive), Burglar's Best Friend (Tactical), and Black Market Boutique (Ultimate). Loba's kit is all about optimising loot searching. No one will ever be upset about having a Loba along for the ride as she provides great utility for finding the exact loadout you are looking for. Loba is classed as a Support Legend alongside Lifeline.

Each of Loba's abilities will be explained below in greater detail, but Loba's kit is all about the loot. If you work on the assumption that those with the best loot win, then Loba will carry you to victory. She allows you to almost handpick the items you want, while also having a bit of escapability for herself. If you are not sure what you are looking for, why not check out our best loadout in Apex Legends guide?

Loba is all about putting her team in a position to win by virtue of having better loot. Let's take a look at the strengths and weaknesses her toolkit brings, including some tips and advice to take into the Apex Games with you: 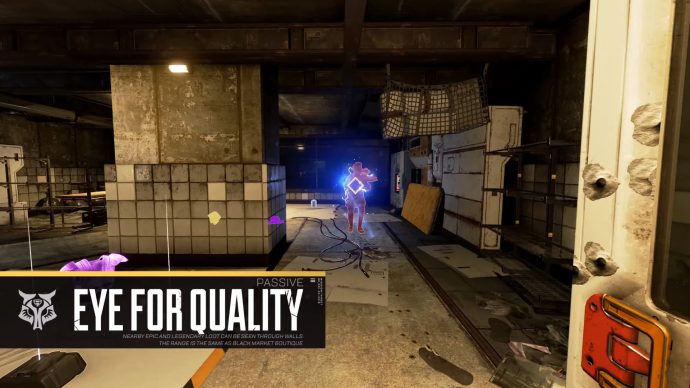 Description: Nearby epic and legendary loot can be seen through walls. The range is the same as Black Market Boutique.

Eye For Quality, Loba's Passive ability, gives you a rather pleasant glimpse of the loot all around you, highlighting all purple and gold items through walls in a very large radius around you. This includes viewing loot through Supply Bin lids. 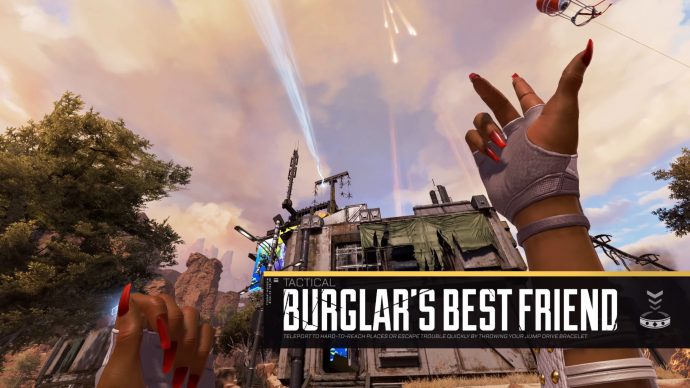 Burglar's Best Friend is a powerful teleportation ability held back by two things: its sluggishness and its overtness. With the flick of a wrist, you can toss your bracelet a surprising distance in an arc through the air. Once it lands, it will teleport Loba to its location, incurring a slight post-teleport delay where you are unable to shoot or otherwise act. 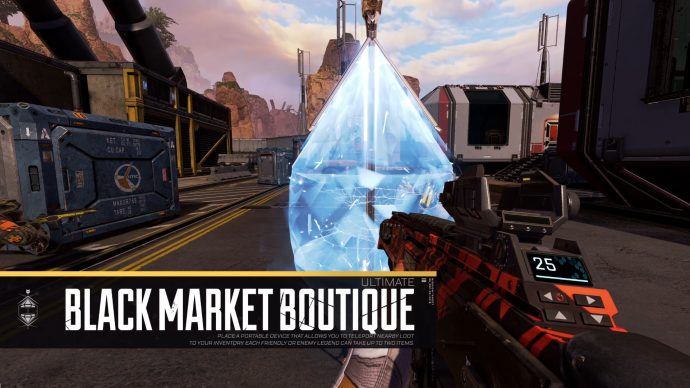 Description: Place a portable device that allows you to teleport nearby loot to your inventory. Each friendly or enemy Legend can take up to two items. Cooldown: 2 minutes.

Black Market Boutique is a game-changer in some situations. Using this ability allows you to place a black market device in front of you, which allows any player to reach in and teleport up to two items out of all loot in a large radius around its location. This includes floor loot, death box loot, and anything else that isn't already in another player's inventory.

Loba's backstory is intrinsically linked to Revenant. In a lot of ways, the murderous robot is at the core of who Loba is, driving her to revenge.

At the age of 9, Loba's parents were murdered by the robotic assassin in front of her. Since then, Loba has vowed revenge against the hitman, a difficult task considering when one of his bodies is destroyed, there is an endless supply of backups ready to take its place.

Outside of her quest for revenge, Loba has become renowned for her status as a master thief. Money, items, high tech items, it's all fair game. Loba even found her Jump Drive bracelet on one of her jobs, forever improving her thriving abilities by giving her an instant escape in sticky situations.

She had almost put her past behind her, but it all came rushing back when Revenant joined the Apex Games. This inspired Loba to join to get her hands on the ultimate prize: the head of Revenant - the only real way to kill him. She actually located it in a facility, but the head was teleported before she could destroy it. This caused a massive rift in King's Canyon bringing Skull Town into the sea. However, she continues to look for clues on how to once and for all kill the murderous assassin.

And that's all we've got for now on the Translocating Thief that is Loba in Apex Legends. For full details and opinions on all of the characters together, take a look at our Apex Legends characters guide for everything you need.