It's been a long time coming, but at last Season 2 of Apex Legends has dropped, bringing with it a truly colossal number of new features, quality of life changes, and balance adjustments. From the new Legend Wattson to the new L-Star weapon, from the new Battle Pass to the myriad map changes across Kings Canyon, there's a lot to talk about in this here Apex Legends Season 2 guide - so let's waste no further time and get started!

This Season 2 guide is just one small part of our massive Apex Legends guides series, all of which you can peruse by heading to our Apex Legends tips page. There you'll find tonnes of tips and strategies for all skill levels, as well as links to other pages on everything from the various Apex Legends characters to all of the stats and spray patterns for different Apex Legends guns & weapons, and much more. 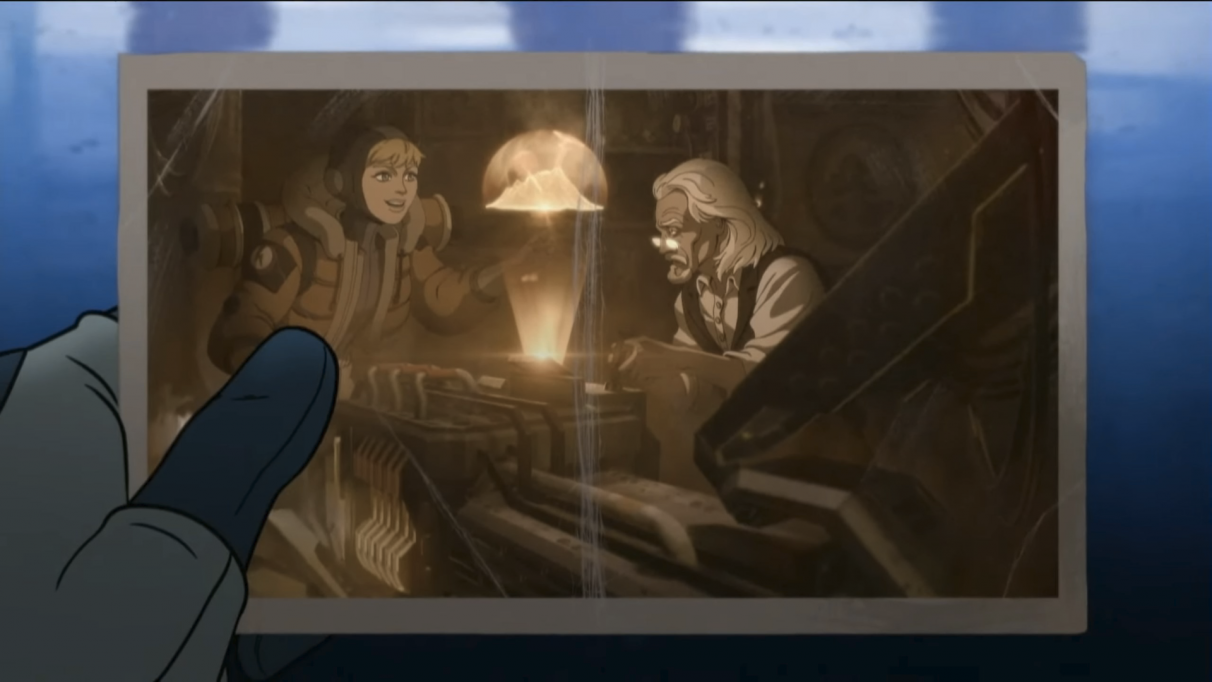 There was a time when we had very little to go on but rumours, leaks, and common sense to speculate on what's to come with Apex Legends Season 2; but now that it's released and we've had a few days to get to grips with all the new changes, it's time to talk about how the game has changed. And oh boy, has it changed. Click any of the links below to skip ahead to a particular section. 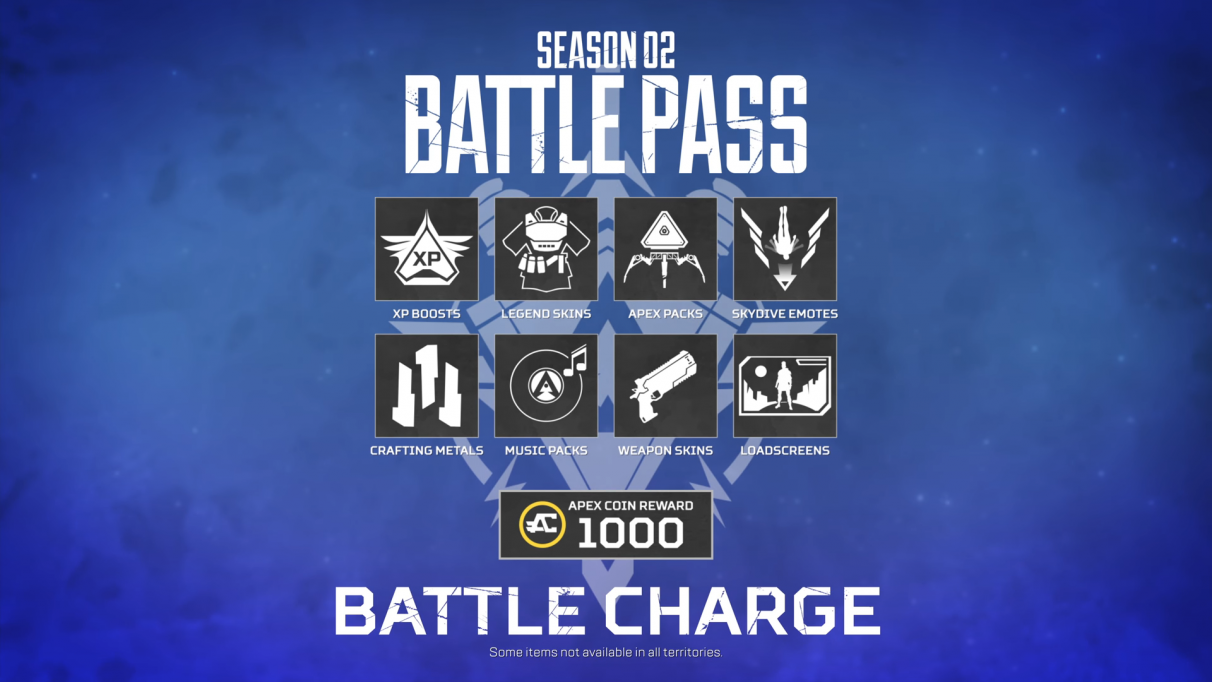 Thanks both to Respawn's recent announcement and to the EA Play livestream at E3 2019, we already knew a fair few details on the Apex Legends Battle Pass for Season 2. The team's first venture into the world of Battle Passes was met with an underwhelming response, thanks to the Battle Pass's stinginess regarding level rewards, and also to the level of grind required to level up the Battle Pass in the first place.

Battle Pass 2.0 seeks to solve these issues in multiple ways: 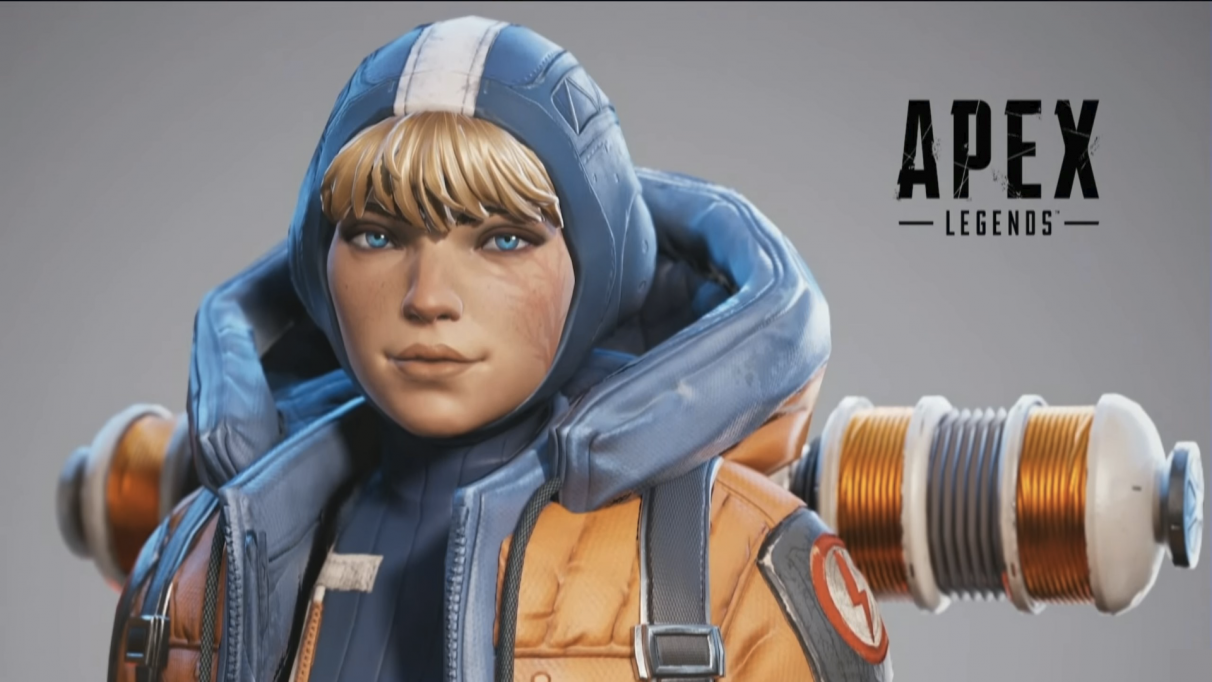 The big new releases of Season 2 are, of course, the brand new weapon, the L-Star EMG, and the introduction of Wattson, the latest Legend to enter the Apex Games. This high-tech electri-prodigy has the ability to place down freeform electric fences to fortify chokepoints and protect her team; and her Ultimate allows her to place down an Interception Pylon which regenerates allies' shields nearby and can shoot down incoming grenades, Arc Stars, and even Gibraltar and Bangalore bombardments. She's an excellent turtler and defensive support character from what we've discovered so far - full details are available over in our Wattson guide.

As for the new weapon, well, the L-Star is predictably extremely powerful as the first ever airdrop-only automatic weapon, capable of shredding enemies in moments with volleys of large, fast-firing projectiles. It's more or less got all the power of a Devotion, but without the wind-up. Instead, the L-Star's drawback is that it can overheat if you fire for too long - and a fair amount of recoil to boot. But as long as you know how to use it, the L-Star can become a true force of nature that'll earn you a ticket to the final team standing. For full stats and details, check out our in-depth L-Star EMG guide. 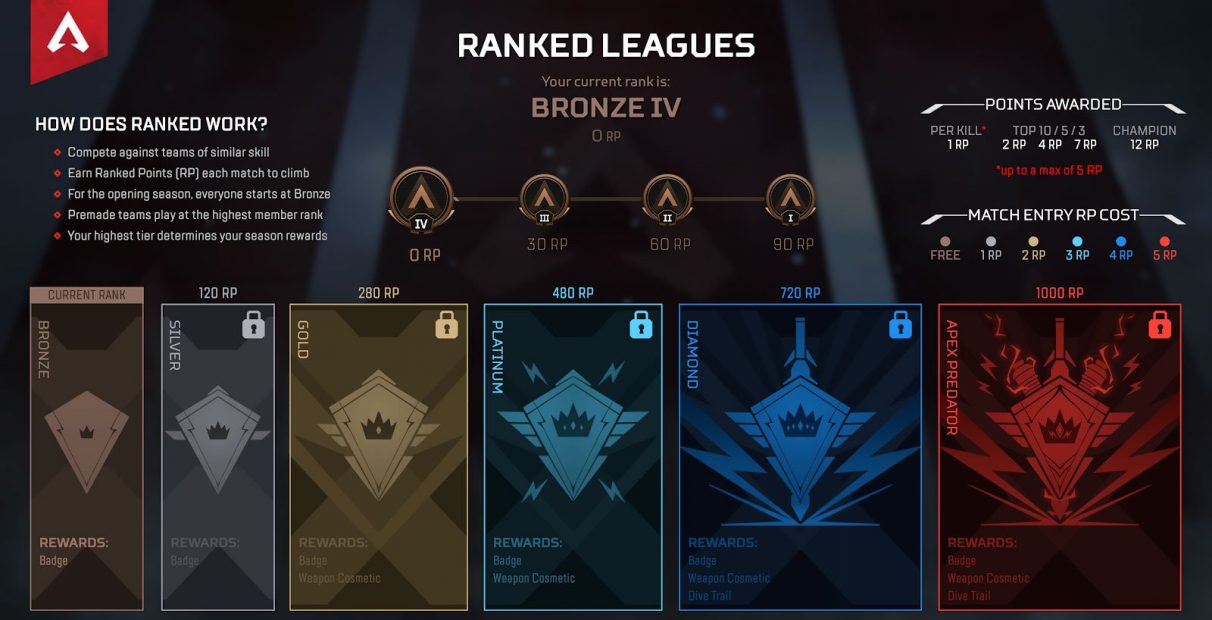 Building upon the limited-time Elite Queue that Respawn unveiled prior to Season 2's release, there's now a full-fledged Ranked Mode in Apex Legends where players can queue up against players of a similar skill level as they attempt to work their way up through the various ranks and tiers.

The tiers start at Bronze and work their way up through Silver, Gold, Platinum, Diamond, and finally Apex Predator at the very top. With the exception of Apex Predator, each of these tiers are broken further into four ranks, from Bronze IV at the bottom to Bronze I, then Silver IV to Silver I, and so on.

Respawn clarified ahead of Season 2's release exactly how the scoring system for Ranked Mode will work; we've put it below so you can read for yourself:

"During the match you earn RP based on performance. Kills are worth 1RP up to a maximum of 5RP per match. Placing Top 10 is worth 2RP, Top 5 is 4RP, Top 3 earns 7RP, and a win will bank 12RP. Each placement score is exclusive, so if you finish in the Top 5, you won’t earn 6RP for a Top 10 and Top 5 finish combined. That means the maximum score you can earn per match is 17RP, before the match entry fee."

What may be a pleasant surprise for some is that, while your RP of course moves up and down between matches, you can never be demoted from one tier down to the next lowest. So you can be demoted from Gold I all the way down to Gold IV, but no amount of losses can cause you to drop from Gold IV to Silver I. 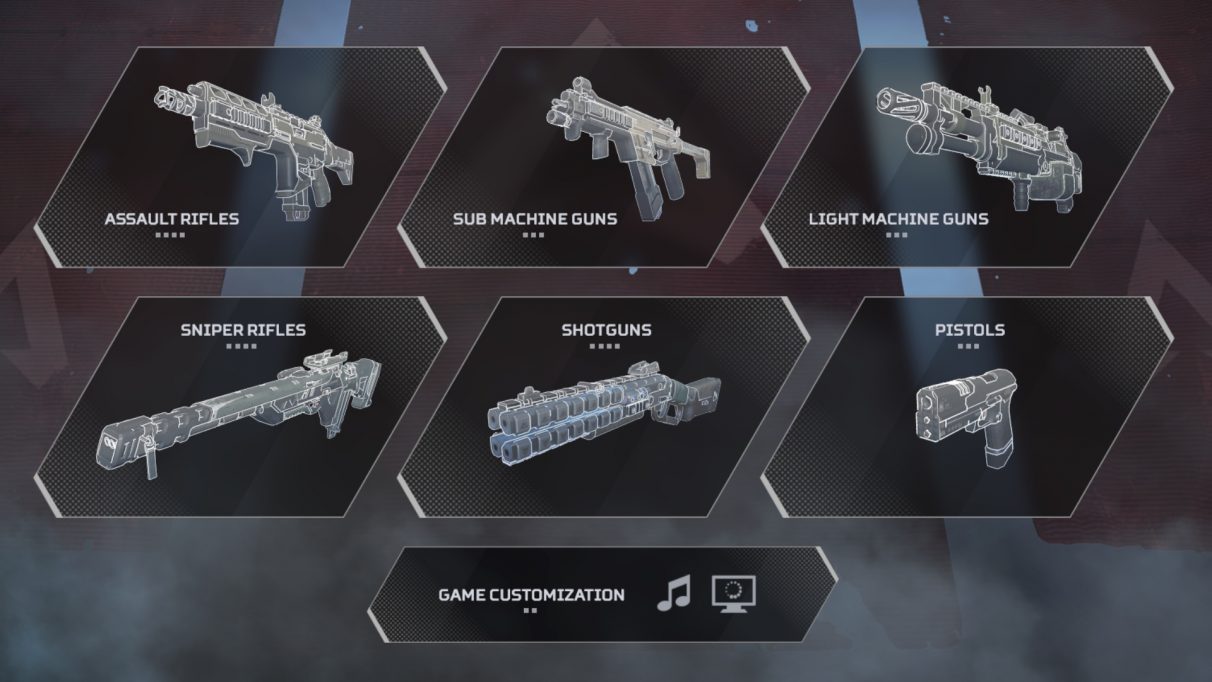 Oh, how the weapons meta has shifted from Season 1 to Season 2. We've not seen any real nerfs to particular overperforming weapons as we saw in Season 1; this time, it's all about bringing the underperformers up to reach the rest. And, well... They may have gone a little overboard.

Aside from a host of minor damage buffs to weapons such as the Flatline, Alternator, P2020, and Kraber, the meta has been completely turned on its head by the addition of two new Hop-Up attachments:

None of us quite expected these damage modifiers to be so great. With Disruptor Rounds, an Alternator can deal between 27 (for a legshot) and 54 (for a headshot) damage against shields per shot. That's a bodyshot DPS of 360. For reference, the R-99's DPS is 216. 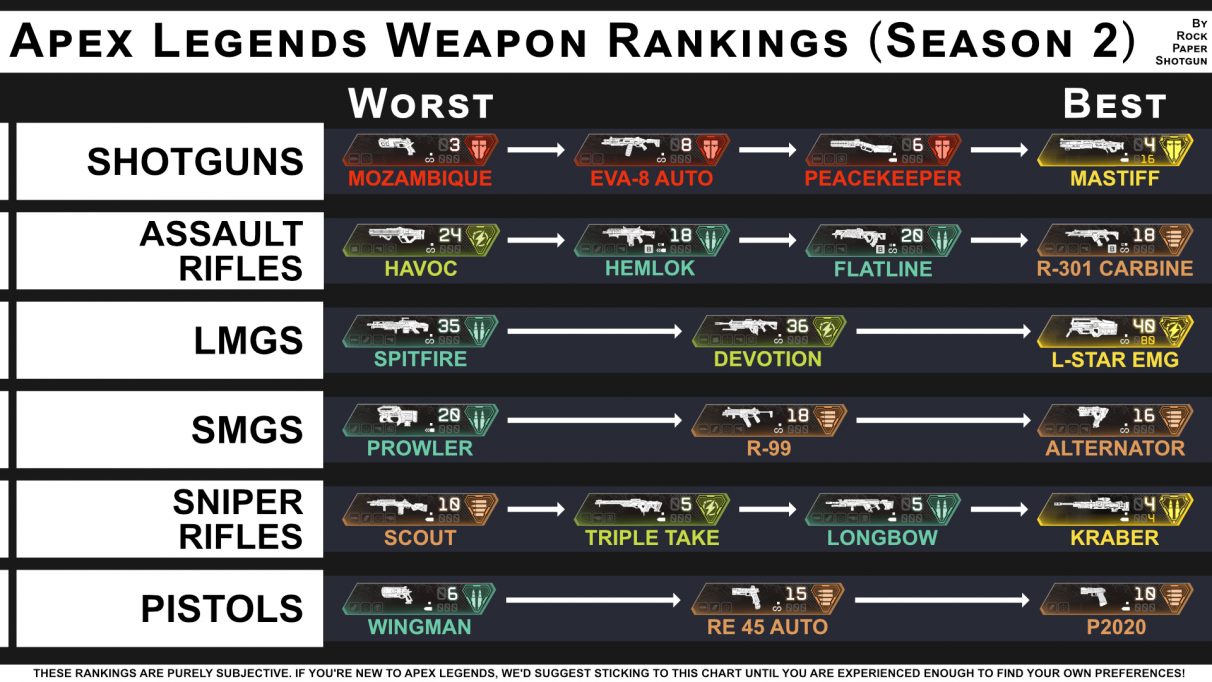 It's a similar story with the others - the P2020 and Mozambique are now not just usable but capable of outperforming weapons like the Wingman with their incredible health damage. These weapons have shifted thee meta completely, and now everyone's after an Alternator or a P2020 - or both. Read more about the new weapons dynamic in our updated Apex Legends guns & weapons guide.

Aside from this, we've also seen tweaks to the Arc Star, which has less of an area-of-effect and a higher ignition delay, but can now down a player with no shields if it sticks them. We've seen drops in mag sizes for all Energy weapons, but the introduction of a new Energy Extended Mag to make up for it. And, very importantly, the max Shotgun Ammo stack size has been drastically reduced from 64 to 16, meaning ammo efficiency is no longer a reason to pick a Shotgun over an SMG for your close-range option.

For full details on all these and other changes that have taken place over the past week, check out our Apex Legends Season 4 update/patch notes guide. 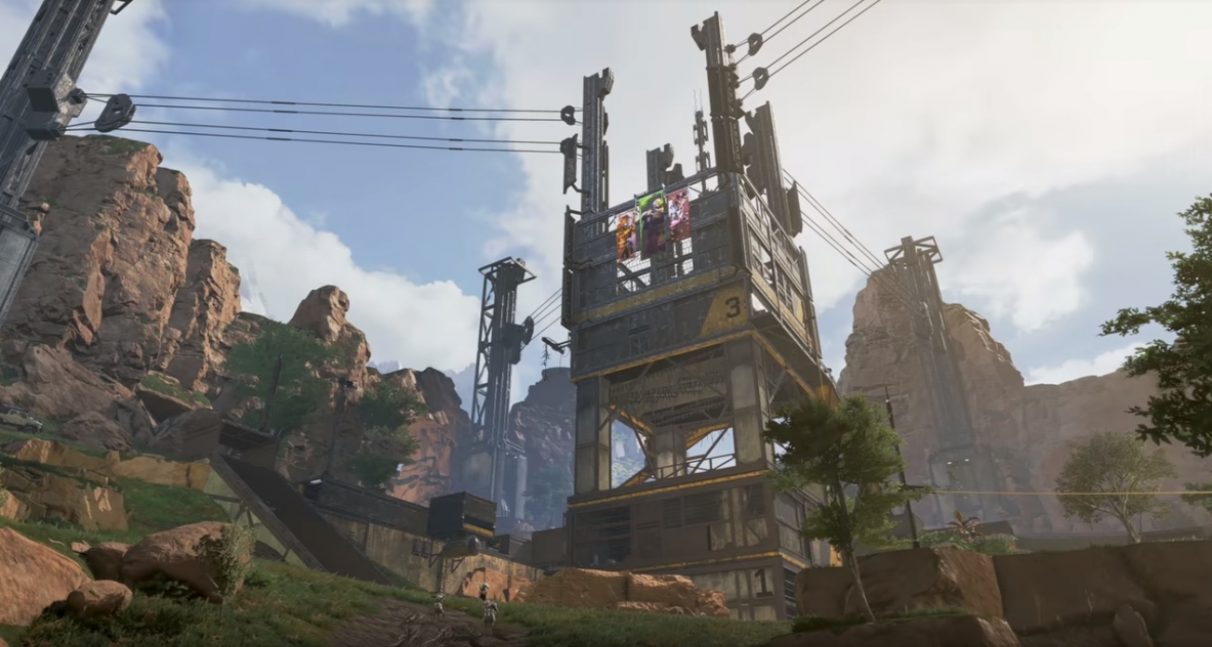 Finally, let's talk a bit about Kings Canyon and the damage that has been wrought by the destruction of the Repulsor Tower in the south-east corner of the island. This tower, as we knew from Titanfall lore, was very important for the safety of the island's population as it emitted a sound which repelled the Leviathans (the giant stonking moo beasts we've seen walking about in the distance since the Apex Games began) and other wildlife and forced them to keep their distance.

Now that the Repulsor Tower has been destroyed, the Leviathans have arrived. Certain areas of the map are now dominated by these enormous skyscraper-sized beasts, who have the ability to squish you under their feet like a tiny bug.

Several locations across the island have seen similar destruction and ruin, with Cascades now renamed to Containment and living in the shadow of one of the Leviathans. Most notably, Bridges has been completely removed and replaced by The Cage - a towering six-storey construction reminiscent of the tall structures in Thunderdome, build by an organisation known as the Mercenary Syndicate.

That's just about all the information we have on the recent release of Apex Legends Season 2. Now go grab your Alternators, and get exploring. We'll see you around The Cage.