Iä! Iä! The great wurm turns again, the cosmos lurch uncomfortably, and we awake anew with new faces and only fleeting memories of who we once were. Why, here comes news of Arkham Horror: Mother's Embrace, a video game inspired by a popular Lovecraftian board game, Arkham Horror. Yes, yes, it was based on a different Lovecraftian board game when it was initially announced in 2018, Mansions Of Madness, but what does that mean now? The past is swallowed and we can never recover ourselves.

The original developers behind Mansions Of Madness: Mother's Embrace, LuckyHammers, shut down in 2019. "While this did come up as an unexpected issue, development has never halted and we have now made arrangements to ensure full continuity on current and future titles," publishers Asmodee Digital said last August. Evidently, other changes were afoot.

Arkham Horror: Mother's Embrace is still a game where a squad of supernatural investigators in the 1920s will be on the trail of terrors. Exploration and investigation will still escalate into a bit of turn-based violence. You'll still lose your minds looking at hard maths questions about shapes, or whatever it was that always scared Lovecrafters beyond description. Though the new plan will venture beyond a mere mansion, into places including Miskatonic University, Arkham Asylum, and a Louisiana bayou. I am well into their bold fashion choices: 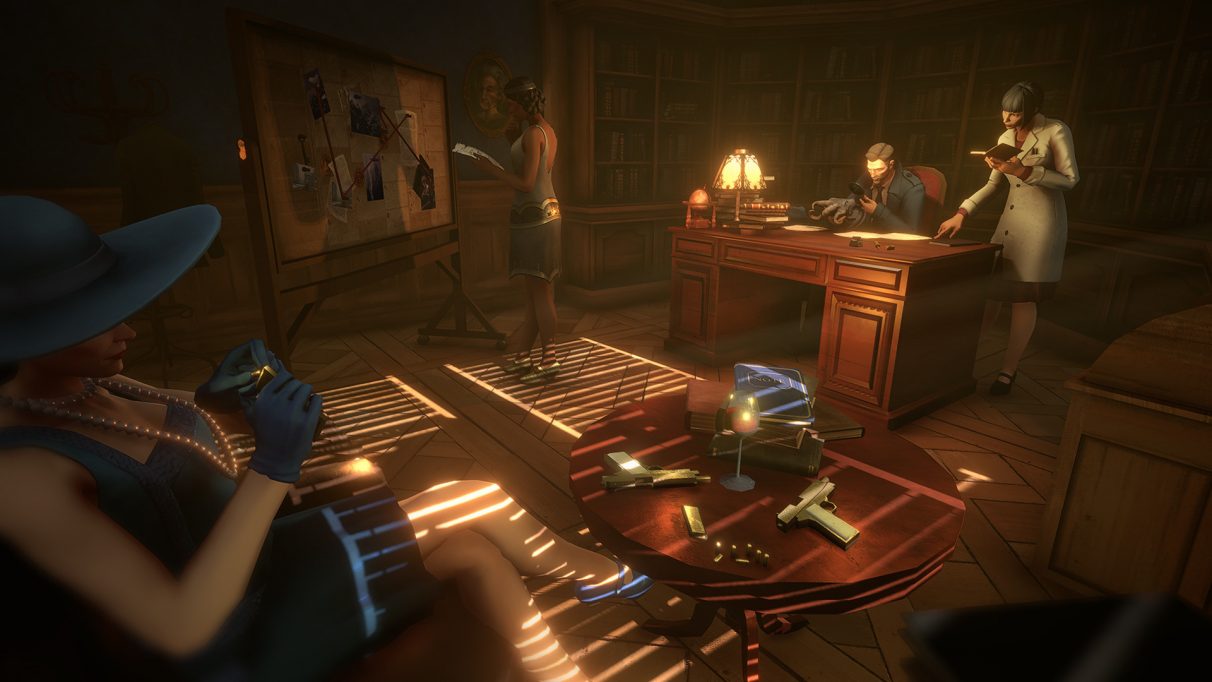 I believe the game's more 'inspired by' than 'adapted from', but I have neither the attention span nor good manners for board games so I cannot tell you much about either Mansions Of Madness or Arkham Horror. But I can point you to Rab Florence's old Cardboard Children column, which had loving words for two editions of Mansions and declared Arkham Horror to be "a gaming treasure, a work of dark genius, a terrible unapproachable unfriendly beautiful bastard of a game". It's the bastard for us now.

Arkham Horror: Mother's Embrace is due out on Steam in 2021. Asmodee plan to gab more about the game during a livestream as part of the Steam Digital Tabletop Fest, at 8pm tonight (noon Pacific). The event started today and brings days of dev talks and discounts.

Asmodee specialise in publishing video games based on board games - the likes of Agricola, Carcassonne, and even some which aren't about fields. Their latest, released a fortnight ago, is a faithful adaptation of the Game Of Thrones game (of thrones).