Much like Magic: The Gathering and Hearthstone, cards in Artifact have keywords that make them a little easier to read. All have hover-over text, which can be accessed in-game, but this guide will go through what the keywords mean and when abilities trigger. This guide will go over all of the keywords

Understanding all the keywords is perhaps the most vital thing in Artifact, which given that there are so many makes predicting the opponent's move very difficult. However this is only one part of a very complex looking game, so check out our Artifact guide hub for more on how to play the game, as well as a rundown on the colours and the types of cards that you can play.

Abilities are only assigned to heroes and improvements, but certain spells can grant units certain abilities. 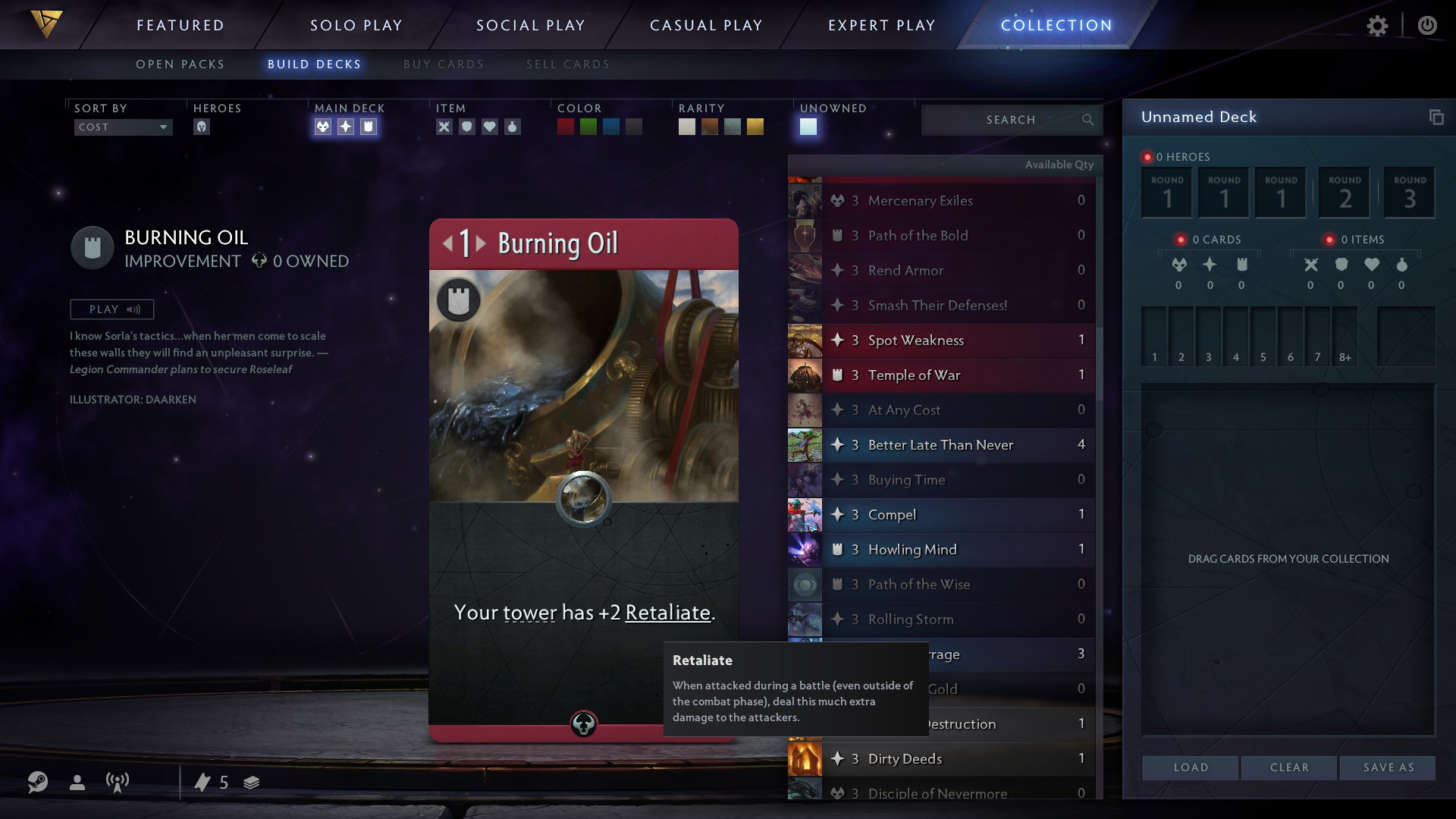 The bulk of the terminology is relatively self-explanatory, however there is always hover-over text to allow you to see exactly what each card can do. You can also use this to get information on keywords that have been modified onto a particular unit. Below is a complete list of all the current keywords in Artifact.