Stompybot squad management sim Batteltech was great, but it was clearly missing something. Not so today, with the release of the Urban Warfare expansion, second of three planned for the squad tactics game's season pass. No longer limited to rolling hills, mountains and military bases, this expansion adds the future cityscapes of other 'Mech games.  While developed by Harebrained Schemes, this is also a Paradox joint, which means even if you don't buy in, you've got a massive feature-heavy free update to dig into. Below, a launch trailer and some gritty details.

As per the full patch notes here, everyone is getting one big combat-redefining feature; stray shots. If you miss that AC20 shot, the giant shell no longer just harmlessly disappears into the ether. Instead, it can damage nearby units, or even break buildings. Being on top of a crumbling tower will hurt, of course. They've added seven more 'Mech variants (one only for Flashpoint owners), and fifty new star systems, mostly around the Inner Sphere's core. The patch also includes several quality of life and star-map UI improvements, new story events out in the wild and less predictable Battle-type encounters. There's too many small bug fixes for even the developers to list in the patch notes, so they provide a small, abridged list in the patch notes here.

As for the expansion proper, it adds two new 'Mech chassis types. The Raven 1X is an ECM-heavy scout and spotter mech, while the Javelin is a fast but heavy-hitting light model. Nothing too extraordinary. The big feature is the new environments - massive sci-fi metropolis sprawls. There's buildings to climb on and snipe from, or just hide behind, and lots of stuff to explode. Some maps have destructible fuel or energy reserves that can deal physical or system-distrupting damage. Plus, there's a lot of cars to stomp on. Missions-wise, there's several new Flashpoint quest chains, plus one new mission type, Attack And Defend. In this, you need to wipe out the enemy base or deal with a never-ending stream of reinforcements trying to knock your own base out.

On top of all that, there's a trio of new ground vehicles to step on. One mobile assault tank, and two ECM machines. The focus on electronic warfare is new in the expansion too, which a bunch of new 'Mech components allowing you to detect out-of-sight enemies, or prevent your foes from doing the same. Less of an issue in a big open battlefield, but in the 'Mech-corridors of a city, it can save your life. There's a real focus on the light, agile and sneaky side of Battletech here, but the next expansion - Heavy Metal - seems likely to do the opposite, with a name like that. 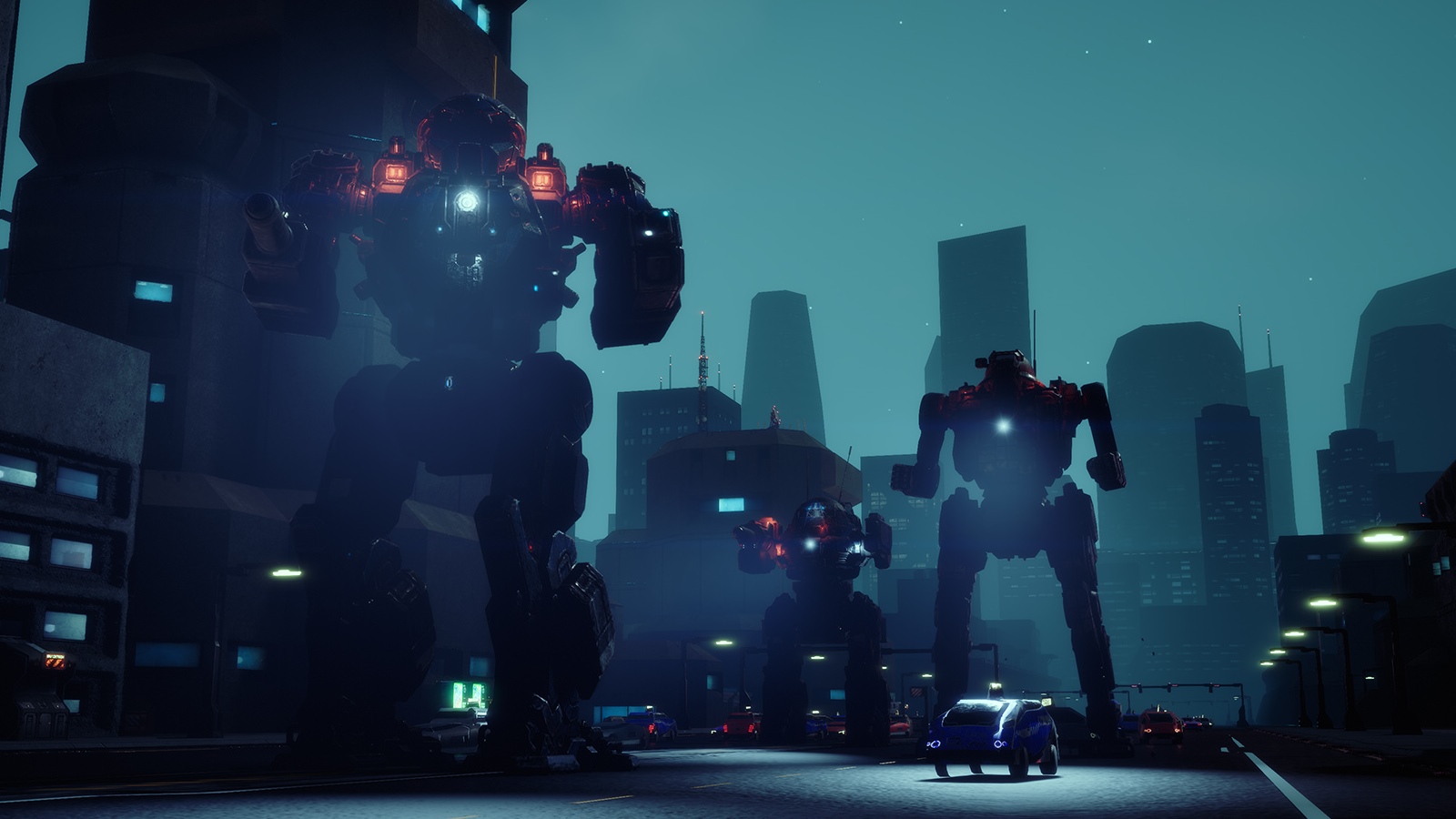 All in all, it looks like a nifty update and expansion. My only concern is how long it'll take mega-mods like the anarchic Roguetech (which I took a deep dive on not long ago) to update and integrate all these new environments and features. Battletech officially has no mod support, and every major patch sends modders scrambling to assess the damage done. Fingers crossed that the update process this time is relatively short.