Like these two fellows in the image above, or rather a man and his apparition, you're probably sitting back with a cold brew wondering when you'll be able to play Borderlands 3. Not only that, but you'll be wanting to know if you can even run the game or if you need to make a few modifications to your gaming rig. Fear not, weary traveller, we managed to capture Claptrap and somehow managed to get the information out of him. 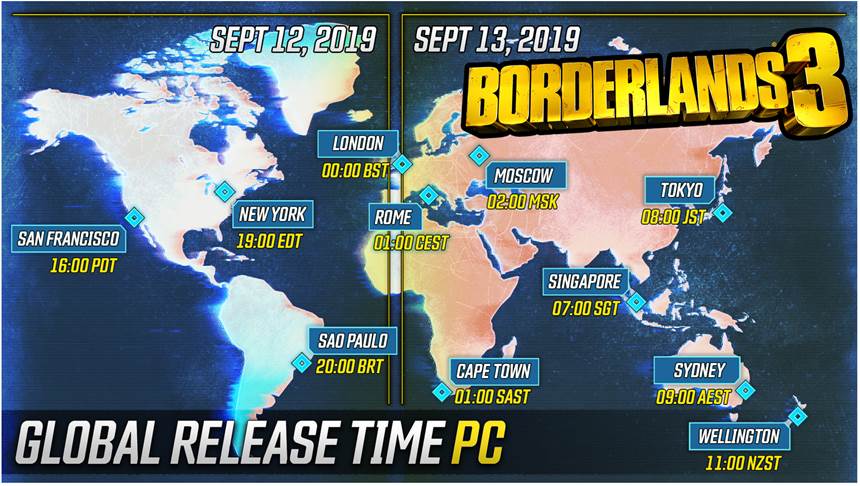 Borderlands 3 will, depending on where you are in the world, be released September 13, 2019 or September 12, 2019. You'll also be able to pre-load roughly 48 hours before the launch time, and on PC, that's using the Epic Games Store.

If you're here, you're probably wondering what time you'll get to play Borderlands 3. Gearbox Software has kindly provided us with Claptrap for a day. We proceeded to hack into his data banks and found an infographic with a map of the world and the times that the game will be playable from in your part of the world. All sorts of territories are detailed in the map, though there are a few strange omissions, so below are the Borderlands 3 launch times, including one for those living in CDT areas - you're welcome Chicago! 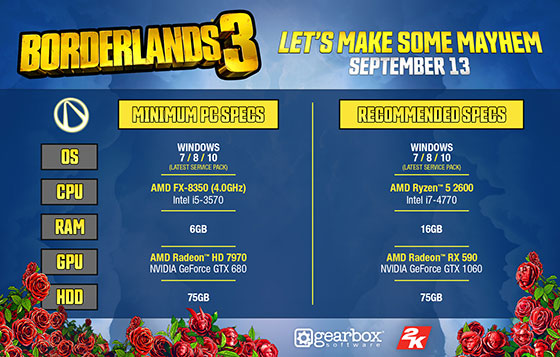 Also ahead of the Borderlands 3 release date,  Gearbox has helpfully set up a Borderlands 3 PC specs site, listing all of the hardware you need to get the game running smoothly. Keep an eye on RPS as our Hardware Guru - Katharine, will be putting the game through its paces, because let's face it, Claptrap isn't the most reliable of sources. The minimum specs listed below are assuming that you'll be running the game at 1080p resolution, whereas the recommended specs are geared towards achieving 1440p resolution. 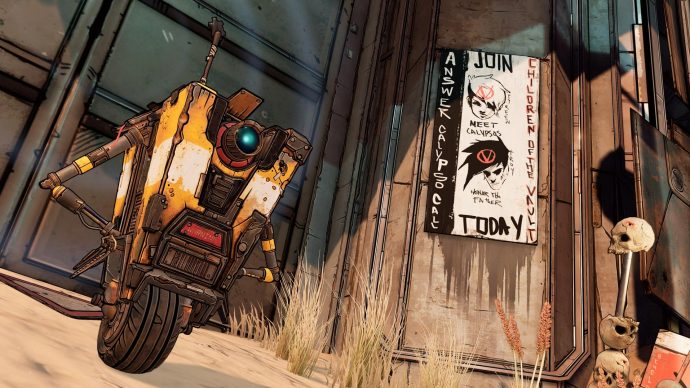 Claptrap also surfaced a bunch of rather helpfully given us a list of options that you'll want to tinker with in order to get the game looking the best it can possibly look on your PC. 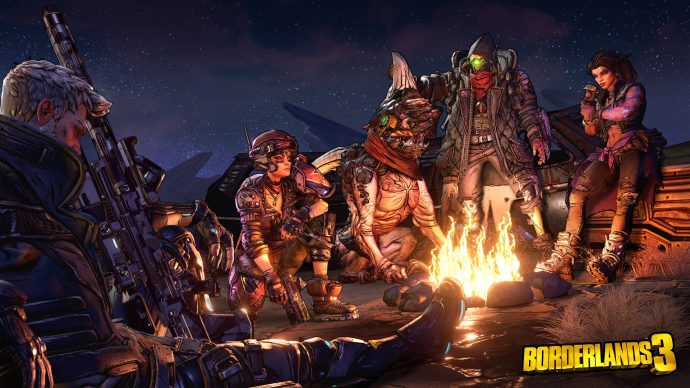