What's more stressful than constructing a shonky haphazard bridge? Why, constructing a shonky haphazard bridge while zombies attack, of course! Developers ClockStone and publishers Headup Games revealed Bridge Constructor: The Walking Dead today at Gamescom Opening Night Live, with a live-action teaser trailer and so little else that the Steam store page just has screenshots from the production of that teaser trailer. Cliff notes are: it has bridge construction, it has zombies, and those zombies are the same ones that have been troubling Andrew Lincoln and his son Coral for all these years.

The gist of Bridge Constructor has always been to build a bridge using finite resources and your vague memories of how physics works, and hope it's strong enough to bear up under the weight of vehicles crossing it. It's good, wobbly engineering, fun.

In Bridge Constructor: The Walking Dead, you will lead a team of survivors through bleak and ruined landscapes as you do this, and those vehicles will be "iconic ones" from the series. So, possibly the RV that Negan lives on in between battering people?

We are promised the chance to team up with fan-favourite characters like Michonne, Daryl and Eugene, as well as using "movable level objects, explosives and baits to your advantage" to lure zombles into traps. Since this is Bridge Constructor but with shambling enemies, I have to imagine that perhaps some tower defence or other clever extra bits will be appliquéd on top of the puzzle-y bridge building.

I also have to imagine it because it is not confirmed and, I must stress, nothing has been shown except that live-action trailer, and this piece of key art. Please enjoy the slightly wrong proportions of Norman Reedus's head in this rendering. 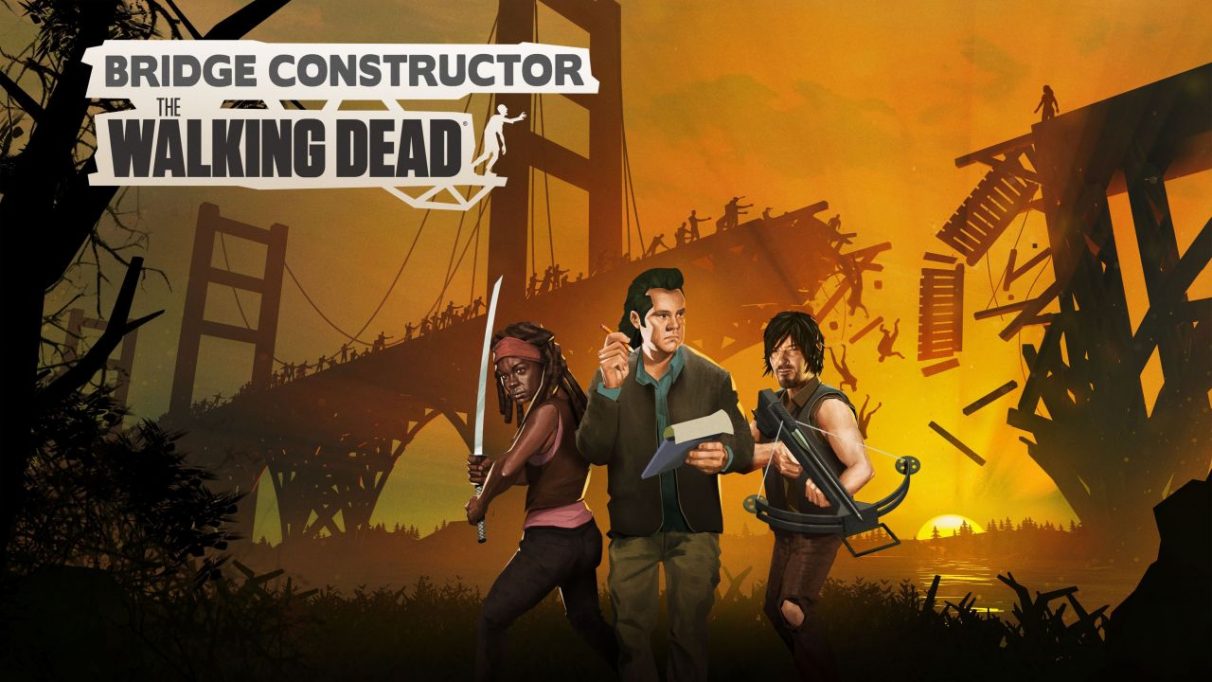 The description sounds a bit humdrum, but this is the second tie-in version of Bridge Constructor. The first Was Bridge Constructor Portal, and it was actually pretty bloody good, at least if Brendy's thoughts on it (RPS in peace) are anything to go by. It seems that actually ClockStone know how to integrate signature doo-dads from an existing series into a bridge constructing environment, and make it work. So, room for optimism, even though they probably jumped the gun a bit on the reveal.

No release date, obviously, but it's for next generation consoles as well as current gen and PC, so that gives us a broad window of at some point in the great unknown that is the future.