Claptrap voice actor David Eddings is not returning to voice the irritating robot in Borderlands 3, and the reasons behind this have become a point of public contention/disagreement/agitation between Eddings and Gearbox Software CEO Randy Pitchford on Twitter. That's how private business dealings go these days. Eddings spoke unfunny jokes for the robot at Gearbox, where his main job was in business development, but he left Gearbox in 2017 so getting him back would involve payment. And here the disagreement begins, with Eddings and Pitchford indirectly sniping at each other, which spiralled into Eddings claiming Pitchford had assaulted him.

This started out simply on May 2nd, when Eddings responded to a fan question on Twitter asking if he was reprising his roborole. No, Eddings said.

"For the first time, I insisted on getting paid for my performance and all of a sudden they couldn't afford me," he claimed. (Gearbox clarified to the Ian Games Network that they "offer the opportunity for salaried employees to voice characters in the game", meaning previous performances were covered by his wages.) "Now I'm not telling them how to run their business but maybe next time they should put the $12M payment from 2K in the Gearbox bank account instead. Just sayin'..."

There he referenced a claim by Wade Callender, Randy Pitchford's former lawyer, that the CEO had siphoned $12 million (£9m) of funds into a secretive "executive bonus" for himself. Callender claimed that in a countersuit against Gearbox earlier this year as part of a legal battle he's engaged in, having been accused of shenanigans including charging personal expenses to a business card. So here's Pitchford involved in two weirdly public spectacles.

"Mr. Eddings was paid very handsomely during his employment," Pitchford responded to more tweetfolk in a separate thread on May 3rd. "After his employment he was made a relatively generous offer to reprise the role. Unfortunately, he turned that opportunity down."

He continued on May 4th, saying "The issue today is that Mr. Eddings is bitter and disgruntled about having been terminated. He was offered 2x scale, he refused. I don't want him to do it unless he wants to do it, as motivation affects performance."

(The "scale" he mentions would be the standard minimum pay for voice acting.) 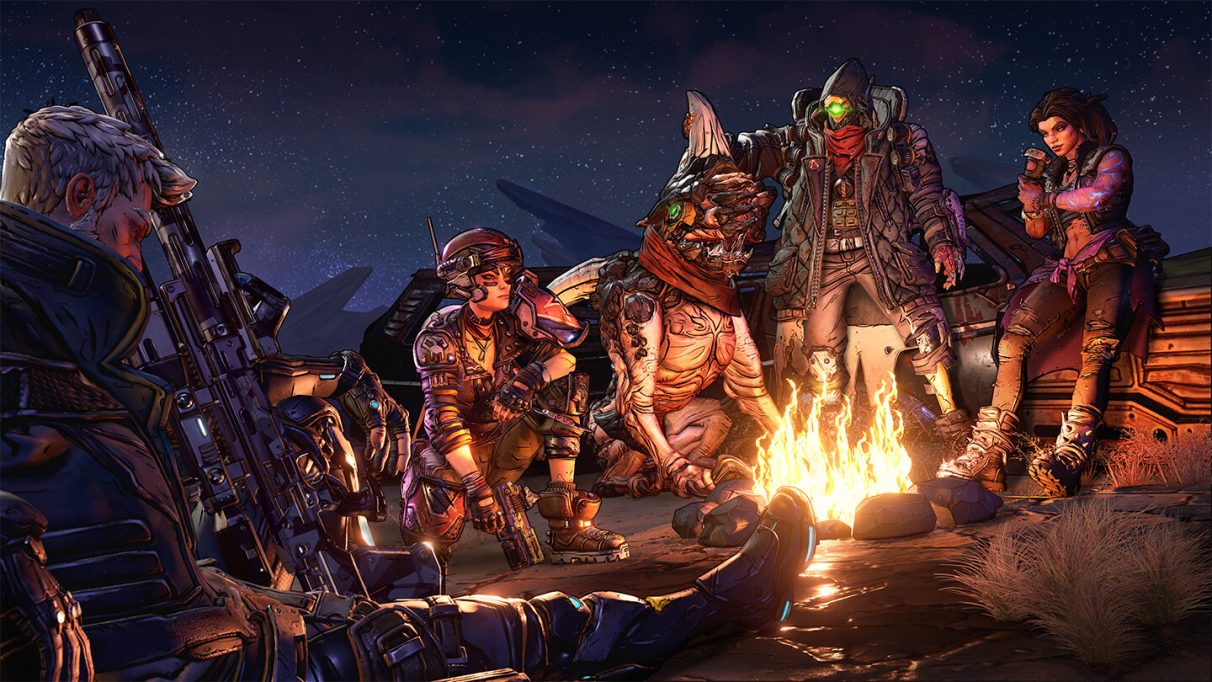 After that sat for a few days, Eddings last night started a fresh thread saying "when my former boss starts mouthing off about various aspects of my employment including 'how highly compensated' I was and how 'generous' he is, I feel obligated to correct the record." He went a bit beyond that.

"I had a lot of mixed feelings when asked to reprise the role of Claptrap late last year and eventually realized I was willing to put differences aside and do something cool for Borderlands fans with my friends at Gearbox," he continued.

"I ultimately offered to do it for 'free' in exchange for past royalties owed plus an apology for something I've never spoken about publicly until now: Randy physically assaulted me in the lobby of the Marriott Marquis at GDC 2017."

Gearbox responded to that particular claim in a statement to Eurogamer today, saying "Gearbox takes any and all claims of this nature very seriously and we will abstain from commenting on the allegations Dave is making because it is a personnel matter."

Eddings went on to compare Pitchford to a conman, accused him of "stalking me on social media," and said "He's not the victim he portrays himself to be."

Obviously both Eddings and Pitchford are invested in presenting themselves as the virtuous one righting wrongs and fighting injustice. This escalating indirect bickering does feel a bit like the run-up to lawyers getting involved.

Pitchford is no stranger to public spats. I'm surprised to see still him in the public eye at all, really. He has a slick patter which makes me feel like he's always trying to fool me, perhaps owing to his hobby of magic tricks (as we saw on stage at agonising length during the Borderlands 3 announcement). As the face of Gearbox, he makes the whole studio look bad. Wade Callender's suit also made the salacious claims that Pitchford once accidentally left at a restaurant a USB drive containing not only confidential corporate information but "'underage' pornography" too, and that he had hosted parties where "adult men have reportedly exposed themselves to minors." Pitchford denied this, obvs, but it did no favours to an already-strained public image. Hell, he should've left the limelight in 2014.