Are you looking to meet heavily-armed and available men in your area for hot action... and maybe more? Someone who won't flashbang you then run? Or fancy a group of like-minded murdermen for chat and banter? Pick up your mouse and click on Counter-Strike: Global Offensive, which has added a looking-for-group system to help players party up and party down. The game already has matchmaking but this lets players investigate each other and have a chat before they commit to anything.

CS:GO's new "Looking to Play" feature lets you find gunmen in two ways. The first is to flag yourself as available, hitting that antenna-lookin' button in the top-left to make yourself appear in search results for 5v5 Competitive, 2v2 Wingman, or battle royale Danger Zone modes. Click clack cloosh. One for the coy people who want to be chased, there. 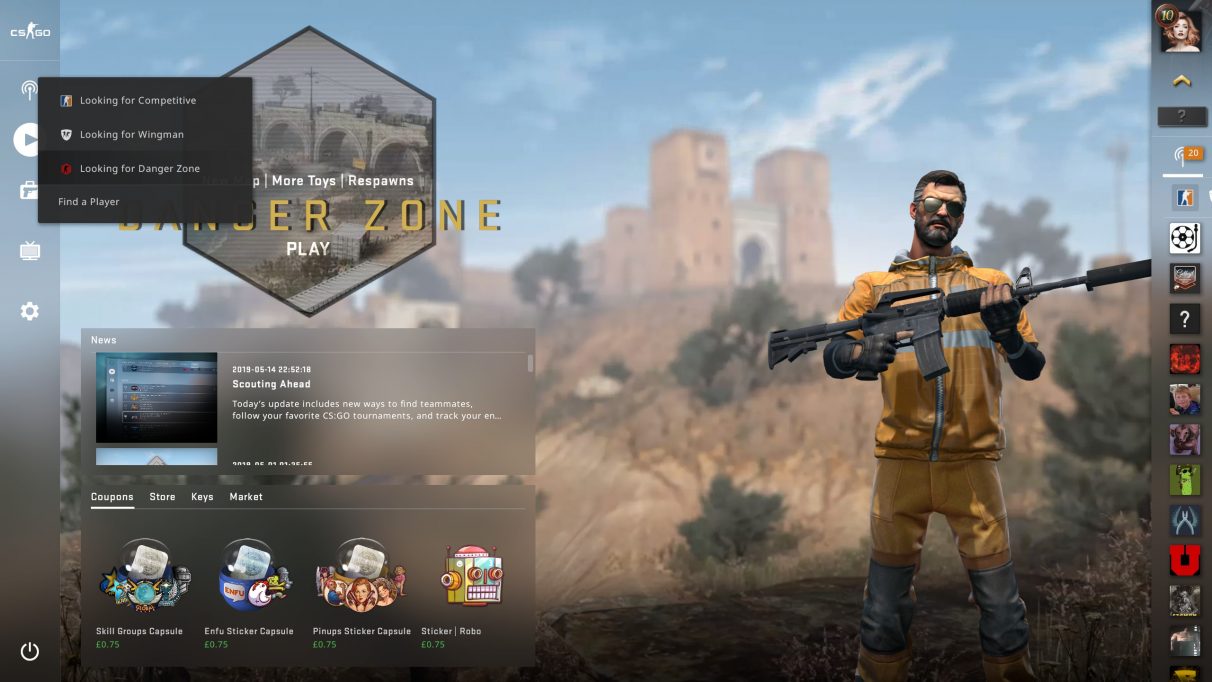 If you're a little bolder, you can seek partypals yourself. Swing on over to the right side of the screen to pop out the pals menu and from there you can see twenty-odd people waiting to meet someone like you. As well as a national flag indicating their location, you can see a player's medals and the number of different commendations they've received from other players. If you like the look of someone, you can view their full profile, message 'em, send a friend request, or throw caution to the wind and blindly invite them to party up and see what happens. 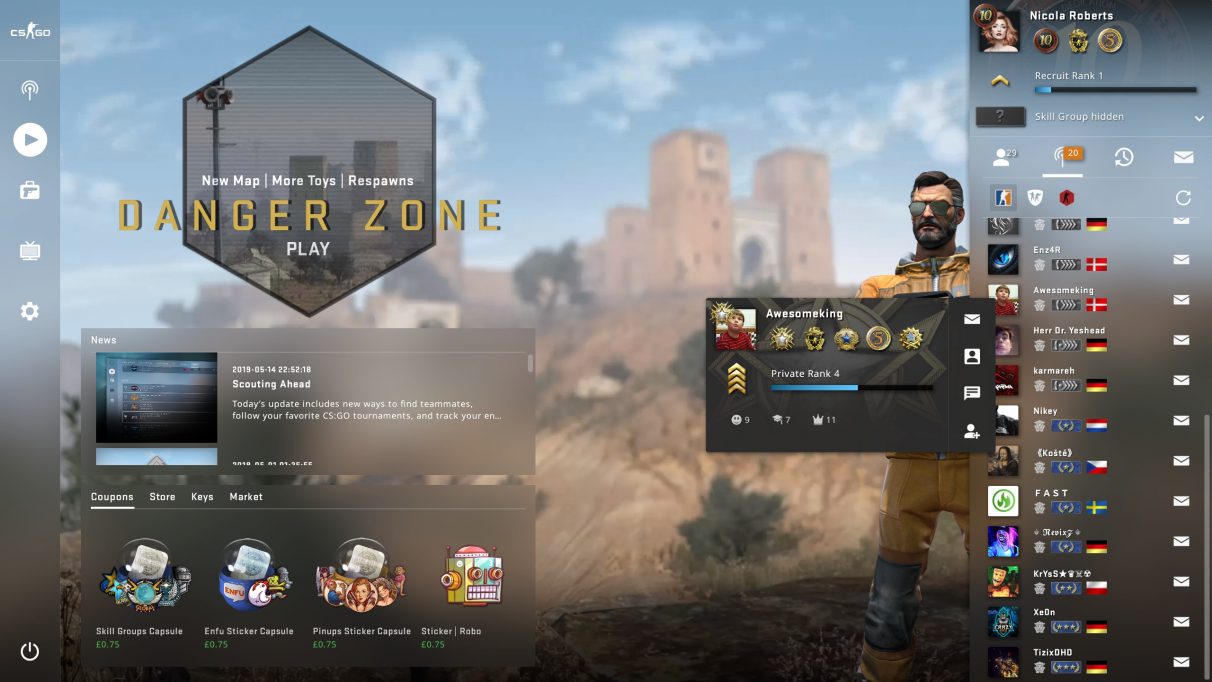 Let's all ignore my stats, thanks. I'm a ten-year veteran, okay. Thanks.

I dig it. More games should have LFG doodads, even ones which already have matchmaking. Some of the best times in multiplayer gaming come from running with a party and even just a pickup group found through an LFG system can show someone a game in a new light. And who knows, it could be the start of a beautiful friendship - and maybe more.

Yesterday's update also fiddled with Danger Zone a little. "Unlocked Drone Pilot Tablet, Bonus Wave Money, Bonus Explore Money, and Armor+Helmet as starting item options," Valve say. "Drone Pilot upgrade is now available for purchase in the Tablet Buy Menu." Go on then, hop to it, take control of a drone and fly it to your new little friend.