External SSDs can seem a bit of a luxury compared to the infinitely cheaper selection of external hard drives out there these days, but if you're after a small, portable drive that definitely won't break when you chuck it in a bag, then an external SSD like Crucial's X8 is well worth shelling out for. Indeed, after the fussy Samsung T7 Touch I tested last month, Crucial's X8 feels like a breath of fresh air by comparison, as it's not only much easier to use, but it's cheaper and faster, too. Here's wot I think.

Available in 500GB and 1TB size capacities, the Crucial X8 isn't quite as stylish as Samsung's T7 Touch, but its rounded edges, plain design and anodized aluminium body still makes it feel like a premium bit of kit that won't get dented or chipped when you're out and about. Indeed, Crucial claim you can drop the X8 from a height of 2m (albeit onto a carpeted floor) without causing any damage to your files and data - although quite how well it will fare on a concrete or wooden floor isn't stated.

That said, both the Crucial X8 and T7 Touch are in a bit of an awkward position right now, as very few devices support their maximum USB 3.2 Gen2 standard. Indeed, my late 2018 Dell XPS 15 laptop and the Asus Prime Z370-P motherboard inside my PC still only have USB 3.1 ports, for example, so you'd need a pretty bang up-to-date PC or laptop in order to make full use of it.

Future-proofing is one reason why you might want to spend a bit more on a USB 3.2 Gen2 external SSD, as it will be primed and ready for when you next come to upgrade your PC or buy a new laptop. A second, more compelling reason, however, is the X8's faster transfer speeds. Even when I tested the Crucial X8 on my XPS 15 laptop, its transfer speeds over USB-A and USB-C were significantly quicker than the Samsung T5, helping to shave off valuable seconds (or minutes, depending on how many files you're shifting around) so you're not left twiddling your thumbs. 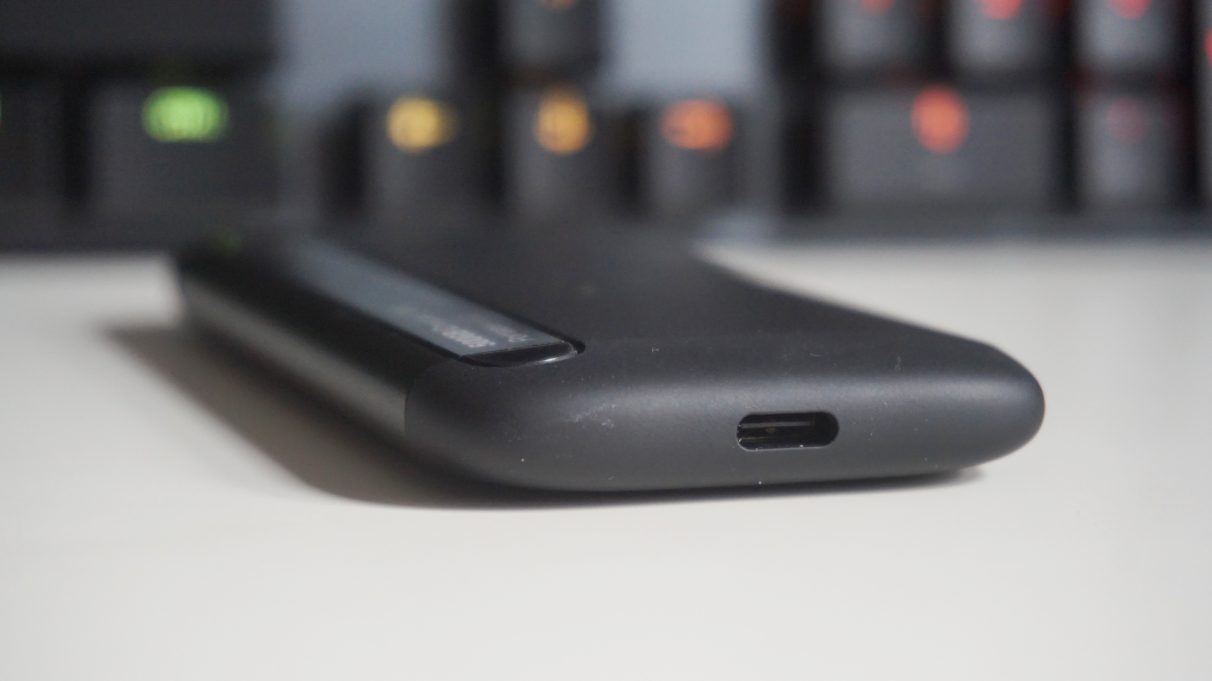 To test this, I used AS SSD's copy benchmark, which involves transferring three different file types from my OS drive to the X8 – an ISO folder consisting of two large files, a programs folder with lots of little files, and finally a game folder that’s made up of both big and small files.

Using the bundled USB-C to USB-A adapter, the Crucial X8 completed the ISO test in 341MB/s, the program test in 213MB/s and the game test in 262MB/s. The ISO and Game results are actually pretty much neck and neck with the T5 (and by extension the T7 Touch), but its Program result was noticeably quicker, finishing three seconds faster than the T5's 148MB/s result (which took 9.52 seconds to complete), and five seconds faster than the T7 Touch's 121MB/s result (which took 11.58s to finish). That might not seem like much in practice, but it's a gap that's only going to get larger the more gigabytes you start adding to the SSD's workload. 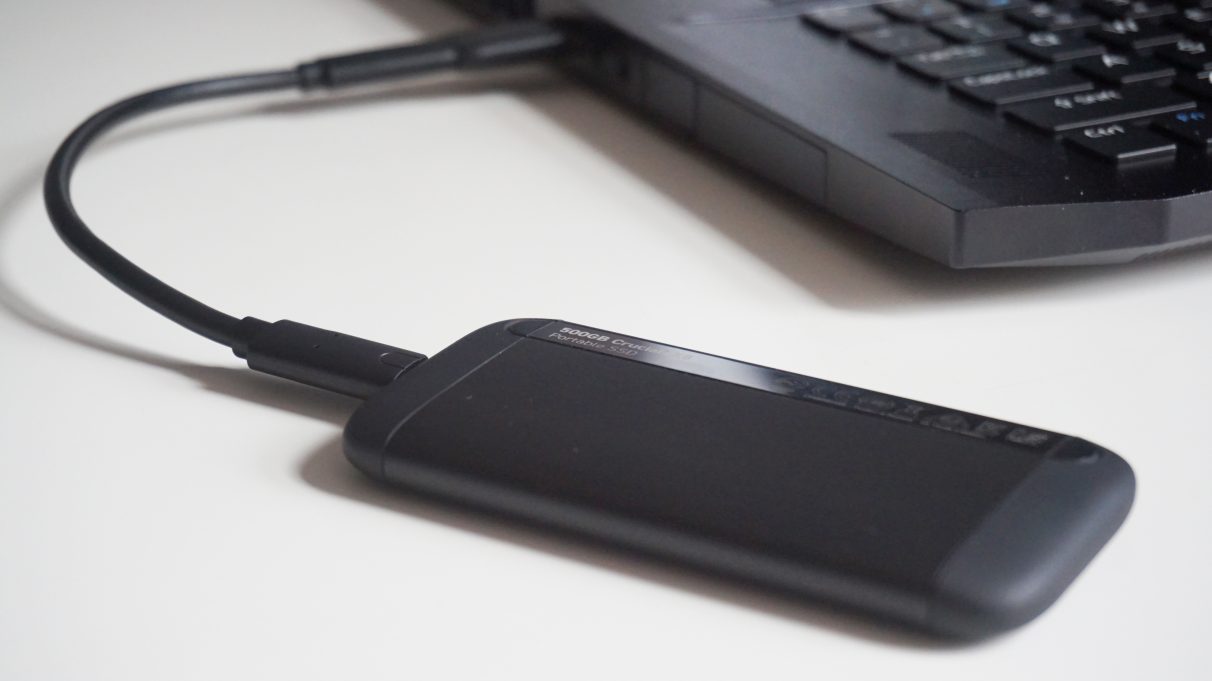 The Crucial X8 also edged ahead of the T7 Touch in AS SSD's traditional 1GB 4K random speed test, too. It couldn't quite match the peerless speeds of the T5, admittedly - if only because, much like the T7 Touch, switching to USB-C made absolutely no difference to the overall speed of the drive in this instance - but it still came pretty damn close, managing a random write speed of 37.7MB/s and a random read speed of 23.8MB/s. The latter is pretty much equal with the T5's 23.2MB/s result, but the T5's random write speed of 40.7MB/s still remains the fastest result I've seen so far for an external SSD.

Still, compared to the more expensive £130 / $135 T7 Touch, the £113 / $121 Crucial X8 is the clear choice, as it not only produced a nigh-on identical write speed to the T7 Touch (which finished the test with 36.7MB/s), but its read speed was a whopping 27% faster than the T7 Touch's result of just 18.7MB/s. Plus, you don't have to worry about any of the fussy fingerprint reader business with the Crucial X8, meaning you can get on with actually using the X8 as soon as you plug it in instead of having to wait for it to verify your identity.

The situation may change, of course, once Samsung release their upcoming non-Touch version of the T7 in May later this year, but for now, the X8 remains my USB 3.2 Gen2 external SSD of choice. However, whether it's worth buying over the existing Samsung T5 or not will likely depend on whether your laptop or PC has a USB-C port. While the X8's faster transfer speeds over USB-A are commendable, I'm not sure they're worth spending an extra £30 / $35 on right this second. You may think it's worth shelling out for if you're going to be buying a new PC or laptop in the next year or so, but if you're happy with your current setup for now then the £83 / $95 T5 will likely serve you just as well as the X8 for the foreseeable future. I'd definitely recommend the X8 over the T7 Touch, but for those after the cheapest and best value external gaming SSD right now, the T5 remains a tough act to beat.