What if Hollow Knight... but cyberpunk? This was never a question that really crossed my mind. The futuristic neon stuff is everywhere at the moment, largely because of CD Projekt Red's impending RPG Cyberpunk 2077, but the last place I expected to find hints of the techy genre was in a gothic metroidvania about a long lost kingdom of bugs. Inspired by all the cyberpunk goings-on, someone is working on a little project called Cyberknight: a Hollow Knight mod that will turn the Hallownest into a sci-fi dystopia. It looks extremely cool, and I had a chat with the mod's designer to find out more about it. 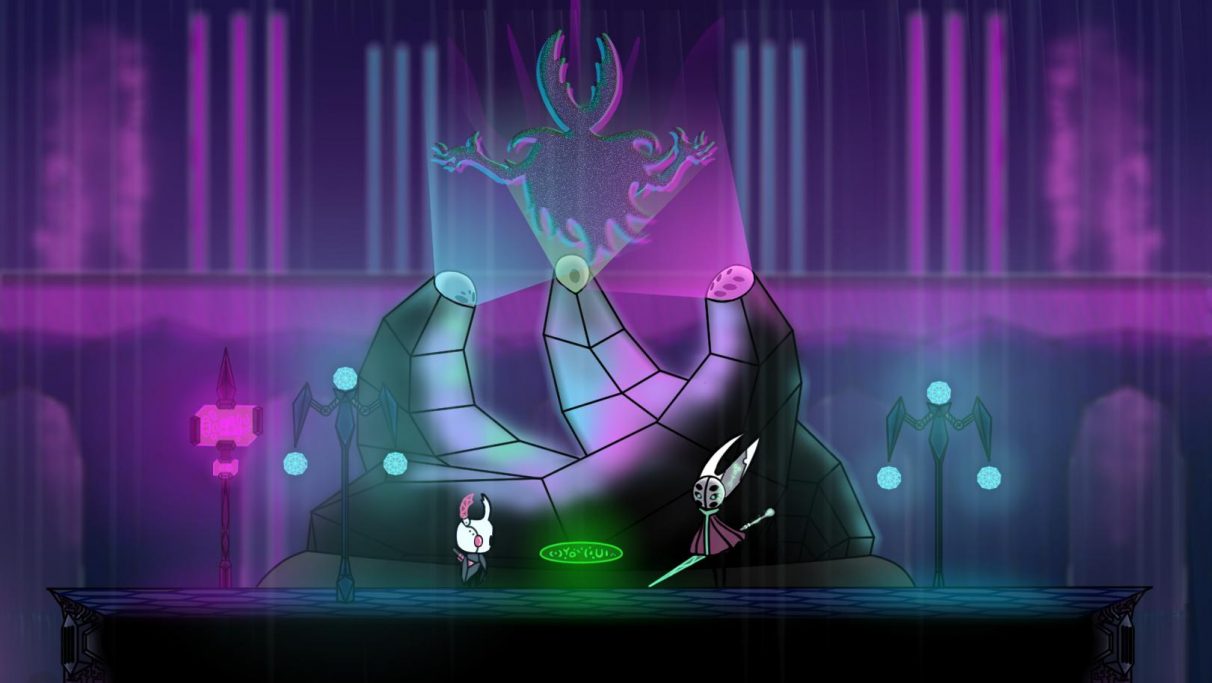 "At first, I just had the idea of a futuristic version of the City Of Tears with a holographic projection of The Hollow Knight instead of an actual statue," Albert Kowalski (or "albert16k" on Reddit) tells me. That's his design just above. In the beginning that's all this mod was - just a cool bit of fanart inspired by futuristic worlds.

"After posting it, I got a big reaction from people who actually wanted a mod like that, and that pushed me to create a whole Cyberknight mod."

Cyberknight will reskin most of Hollow Knight to give it a fresh sci-fi coat of paint, complete with synthed-up music and a slightly altered story to turn the Hallownest into the Cybernest. Most of the game's plot will remain the same, but Kowalski has come up with a sort of alternate timeline stemming from one of the game's endings to help tie in his ideas with the canon (caution: Hollow Knight spoilers ahead!).

"In the alternative universe of Cyberknight, the events from the original game have happened, but the mod continues the storyline of the 'normal' ending when the Knight kills the Hollow Knight and captures the Radiance in itself," he says. "It contains the Radiance for a long time, but not forever. While this time passed, a small robot entered the black egg and got infected by the Radiance, and turned it into an informatic virus." 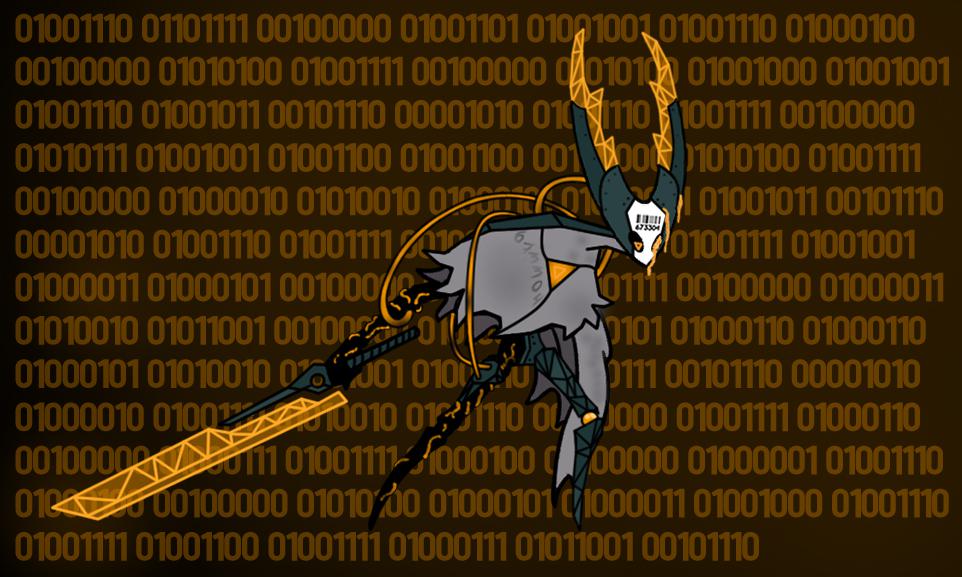 I love the idea of a tiny lil' robot getting lost in amongst a sprawling insect kingdom, and somehow managing to corrupt it all like this. Imagine digging up a small section of your garden to discover a technologically advanced bug society living right under your feet.

While Kowalski doesn't want to change the story too much, he plans on changing a lot of the game's text and item descriptions to fit this new context. It's also given him the creative freedom to redesign all of Hollow Knight's characters, enemies and bosses. So far, he's shown us brilliant cyberpunk versions of the Broken Vessel and Zote - the Corrupted Vessel and, my personal favourite, SuperZote.

"This is actually the first complex mod I'm working on," he says. "I did some sprite modifications in the past but nothing compared to the size of this project."

He's not alone with this huge undertaking, though. Since posting his designs on Reddit and the Hollow Knight Discord server, he's had loads of interest from other fans offering their creative talents to get the mod done.

"For now I have two friends helping me, one composer, and two people from reddit to help me with concept art and backgrounds. It feels really amazing to have a small group of people bringing their ideas to work on this community project," Kowalski tells me.

And before I forget to mention it, here's a sample of that synthed-up music their composer has created. It's basically an electronic sounding version of the original OST, and it's exactly how I expected a Cyberpunk x Hollow Knight crossover to sound.

Unfortunately, despite all the work that's gone into it so far, Cyberknight is still quite a long ways off. Kowalski reckons it'll be around a year before it's totally finished. He's planning to start up a blog to keep fans informed, and there'll even be a way to donate to the project if people want a way to support it.

It's still early days for Cyberknight, and if you want to stay up to date on the mod's progress - or even offer a helping hand - keep an eye on the Hollow Knight subreddit and Discord server.

If you're after more cyberpunk-y goodness, last night we got more details on Cyberpunk 2077's guns and life paths. Or if Hollow Knight is more your thing, Team Cherry revealed a bunch of new characters coming to Silksong last month.