After the sun goes down in Cyberpunk 2077, gangs are the true rulers of Night City. Hailing from all over the world, these gangs all have their own tastes, talents, and enemies; and during V's journey you'll get to learn everything about all of them. But let's go over the eight major gangs below to prepare you a little for this journey.

6th Street is a 50-year-old gang founded by a group of American patriots who, upon seeing the effects of the corporate war between Militech and Arasaka (more on them later) on their neighbourhood, decided to take matters into their own hands in order to do what the police couldn't: protect their community.

Now, they're far more self-serving in their actions, known for forcing various small local business to pay them "protection money" on a regular basis. 6th Street's main rival is the Valentinos.

Animals are a "boostergang" - a group of people who utilise cyberware in some way. In the Animals' case, they strive for peak physical power, using a combination of cyberware, animal supplements, and drugs - notably one called "the Juice" - to dramatically increase their strength and combat abilities.

Animals are an extremely aggressive gang that has started to encroach upon territory traditionally owned by the Voodoo Boys. As a result, these two gangs seem to be at war with one another at around the time V first enters Night City.

Maelstrom are another gang obsessed with cyberware, but while the Animals only care about traditional physical strength, Maelstrom use cyberware of all kinds in their goal to achieve cybernetic perfection.

Their gang members often go to extreme lengths with cybernetic enhancements, to the point where many of them suffer from "cyberpsychosis", a mental illness where sufferers lose their sense of self and their empathy towards others.

The Moxes were formed after the death of Elizabeth "Lizzie" Borden, a strip club owner who was known for her staunch defence of her workers and their rights. The Moxes consist primarily of sex workers and outcasts who attempt to continue Lizzie's work to "protect working girls and guys" from abuse across Night City.

Their primary rivals are the Tyger Claws, who killed Lizzie and several of her employees. While relatively small, the Moxes find strength in their sense of community - and their hidden Braindance stations. 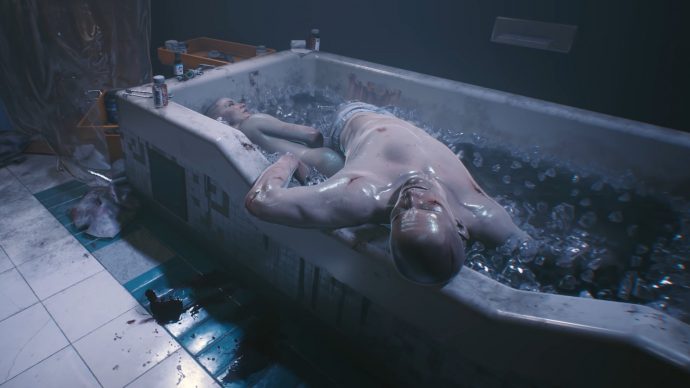 Scavengers lack a dedicated patch of territory, instead choosing to operate throughout Night City. They lack a guiding philosophy; they're driven purely by the promise of profit.

Tyger Claws is a Japanese gang operating out of Japantown in Night City. They are a powerful and populous gang whose members prefer to abstain from cybernetic implants, and instead rely on traditional methods and weaponry to get what they want from others.

Tyger Claws own more businesses in Night City than any other gang on this list: but they've found a special rivalry in the Moxes after their ruthless actions resulted in the death of Elizabeth "Lizzie" Borden, mentioned above. 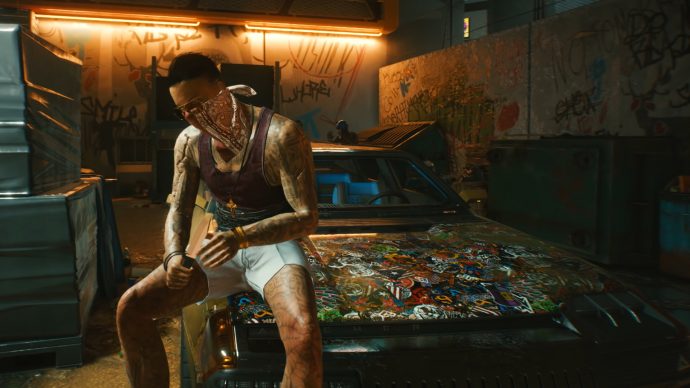 The Latino-dominated Valentinos are a powerful gang operating out of Heywood in Night City, and are known for valuing honour and community far more than most other gangs in Cyberpunk 2077.

Valentinos appear to have no real goal beyond sustaining their territory and seducing attractive women throughout Night City. Their primary rivals are 6th Street.

Primarily Haitian in origin, the Voodoo Boys are known for their netrunning and edgerunning prowess. They operate in viruses, information, and threats, and remain probably the most shadowy of the gangs in Cyberpunk 2077.

By their netrunning nature, the Voodoo Boys have always had a long-standing rivalry with NetWatch, an organisation which policies the Net and the Blackwall which protects against hackers; but recently they've also formed a rivalry with the Animals gang over territory rights. 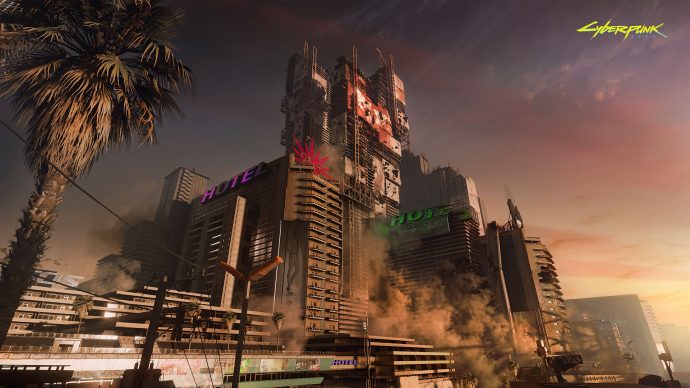 By night the gangs run the streets, but the most powerful factions in Night City will always be the vast and towering megacorporations that operate during the day. These shady, underhanded and fantastically wealthy corporations wage war on a higher scale than the gangs of the streets, so let's take a look at four of the main competitors in Night City and learn a little more about them.

Militech is the world's leading weapons manufacturer, and the single wealthiest megacorporation in Cyberpunk 2077. They are known for providing private military forces for peacekeeping and defence missions to anyone who can pay - including terrorists.

Their rivalry with Arasaka is legendary, and the two forces clashed in the Fourth Corporate War, culminating in a nuclear detonation at Arasaka's Tower over 50 years before the events of Cyberpunk 2077.

Led by the incredibly wealthy, powerful, and influential Arasaka family, the Arasaka Corporation is one of the largest megacorporations in the world, specialising in their manufacture and distribution of various Japanese-origin merchandise across every continent.

Arasaka are known to have ties to the Yakuza, and often uses assassins and hitmen to cover their illicit tracks. Their main rivalry in Cyberpunk 2077 is with Militech. 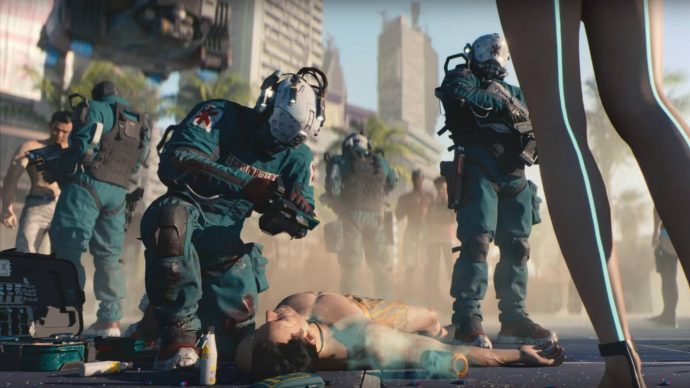 Small but mighty, Trauma Team International are the most powerful and effective paramedical corporation in the world. With teams rooted in every major city across the world (including Night City), Trauma Teams can be summoned by dialing 911 on any phone, after which they will arrive in full tactical gear in less than 3 minutes.

While not nearly on the scale of vast corporations like Militech and Arasaka, Kang Tao is a name to remember. Originating in Taiwan, Kang Tao are a powerful corporation dealing in weapons manufacturing, and specialising in Smart weaponry - a technology we discuss in great detail in our Cyberpunk 2077 weapons guide.

In Cyberpunk 2077, it seems that Kang Tao are starting to branch out, following Militech's footsteps in providing military and mercenary teams to those who can pay their rates.

And with that, we've given you everything we know on the various factions of Night City. For more on Cyberpunk, be sure to check out our Cyberpunk 2077 map guide, or read up on the Cyberpunk 2077 character creation system.