Cyberpunk 2077 takes place in Night City, a seven-million-strong metropolis with danger and opportunity in equal measure around every corner. CD Projekt Red have said that while Night City is smaller than the map of its previous RPG, The Witcher 3, it's considerably denser, and there's an enormous amount for players to explore and discover. In this Cyberpunk 2077 map guide we'll walk you through everything we know about the layout of Night City and what you can expect to find inside.

Thanks to a leak on Resetera, players have been given a glimpse of the full Cyberpunk 2077 map of Night City. This map may not be as high quality as the map we'll undoubtedly be treated with once Cyberpunk 2077 is released, but it gives us the clearest picture so far on Night City and each of its districts. Check it out. 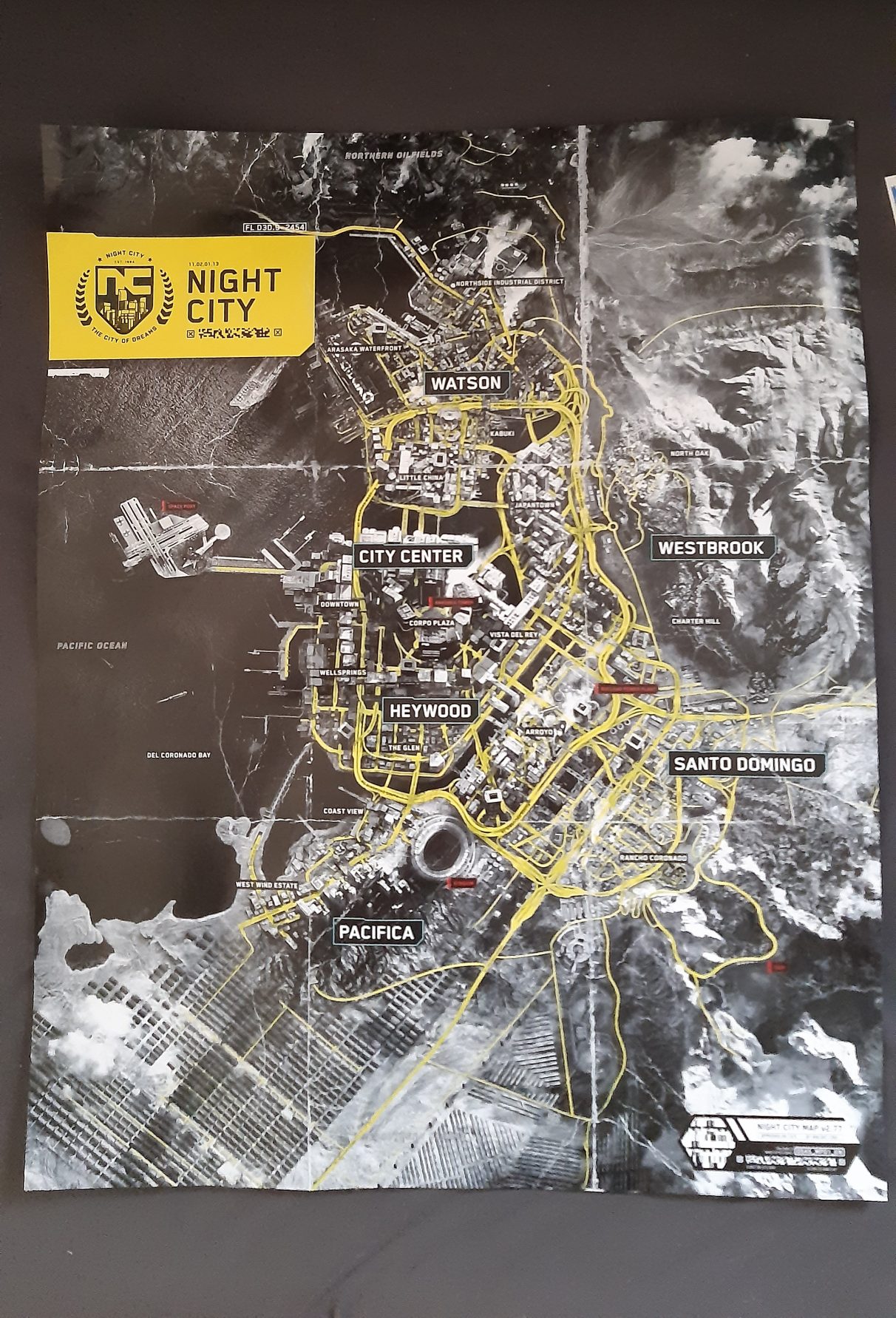 As you can see from the map, Night City is divided into six major districts (City Center, Heywood, Pacifica, Santo Domingo, Watson, and Westbrook) surrounded by large swathes of relatively rural land collectively known as the Badlands. We can also see smaller text pointing towards specific sub-districts and points of interest, including the Space Port erected partially out to sea; the Arasaka Waterfront, Little China, Japantown, and more.

This Cyberpunk 2077 Metro map offers us a different way of looking at the world of Night City. We owe this map to two Reddit users: the first is "thesixofspades", who recreated the metro map from a glimpse caught in one of the Cyberpunk trailers; and the second is an unknown user who cleaned up the image text to make everything a little clearer. Check out the fruits of their joint labour below. 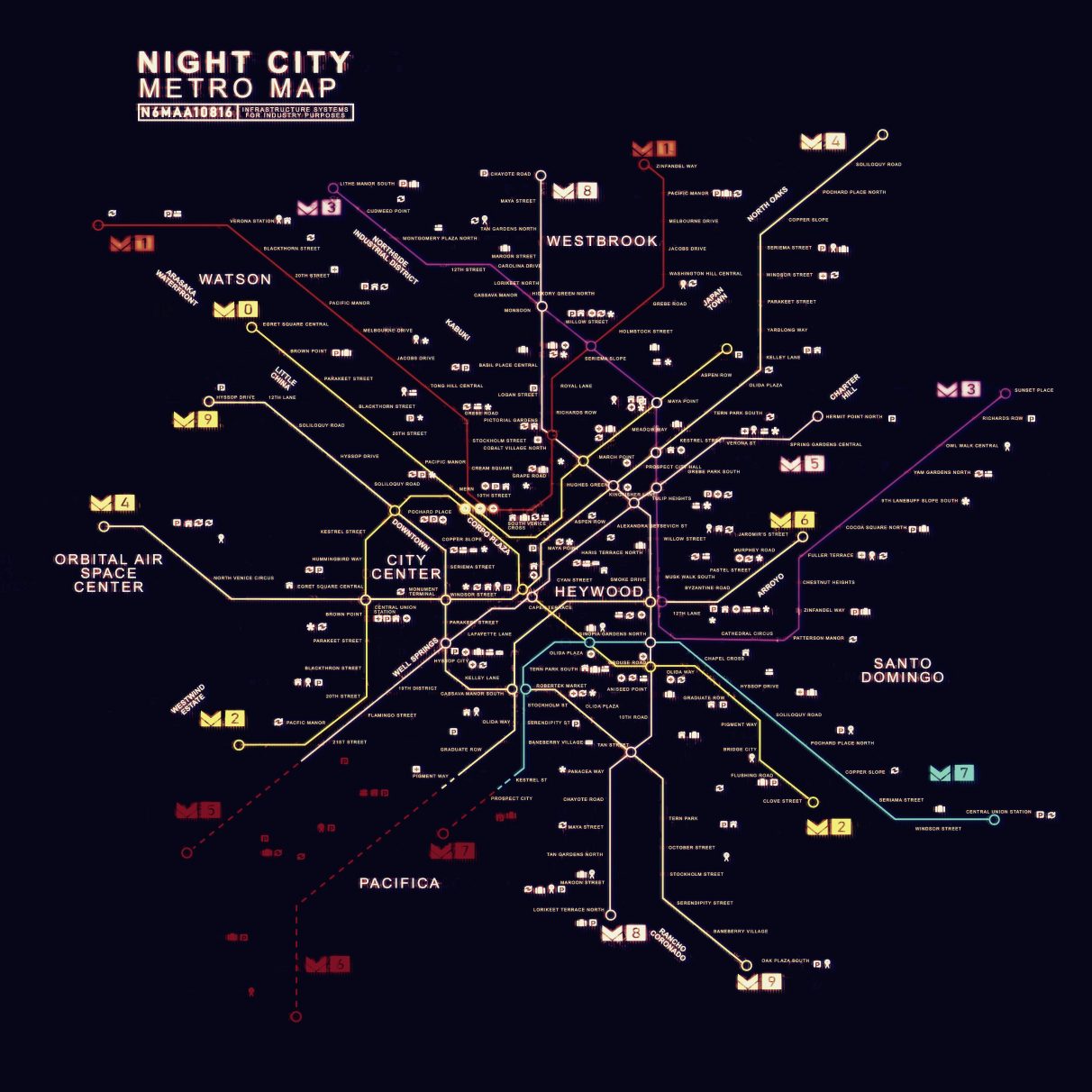 At first it was thought, given the prevalence of the metro system in Cyberpunk 2077's trailers, that these lines and their trains would be rideable by the player. But it seems that much of the planned content surrounding the metro system in Cyberpunk was scrapped, and now the train stations simply serve as potential Fast Travel points for quickly jumping to a new location in Night City. The actual journey is not shown.

That wraps up our guide to the Cyberpunk 2077 map of Night City and its districts, but we've got plenty more to share on CDPR's RPG. Why not plan out your character using our Cyberpunk 2077 character creation guide, or view everything we know about the upcoming Cyberpunk 2077 multiplayer project?