What are the best system specs for Cyberpunk 2077 on PC? Cyberpunk 2077 is one of the most impressive-looking games we've ever seen, from a standpoint of pure visual fidelity. We've caught many glimpses of a neon-drenched and rain-splattered Night City by now, and it all looks absolutely gorgeous - but what kind of machine will you need in order to make the game look this good while you're playing it? Below we've outlined both the minimum and recommended Cyberpunk 2077 system requirements, along with what we will be needed to support ray tracing in Cyberpunk 2077.

Below are what CD Projekt Red have deemed the minimum system requirements for Cyberpunk 2077. This means running the game at 1080p on Low graphics settings.

The fact that Cyberpunk 2077 can run on such a machine is fairly impressive, and explained in part by the fact that the game seems to default to targeting a modest 30FPS.

Now let's turn to CDPR's recommended system requirements for Cyberpunk 2077, which they've stated were selected for gaming at 1080p on High graphics settings.

Once again, these specs are quite a bit lower than many were expecting, quite possibly due to the low target framerate. For details on how to beef up your FPS, be sure to take a look at Katharine's article on Cyberpunk 2077's best PC settings to improve performance. 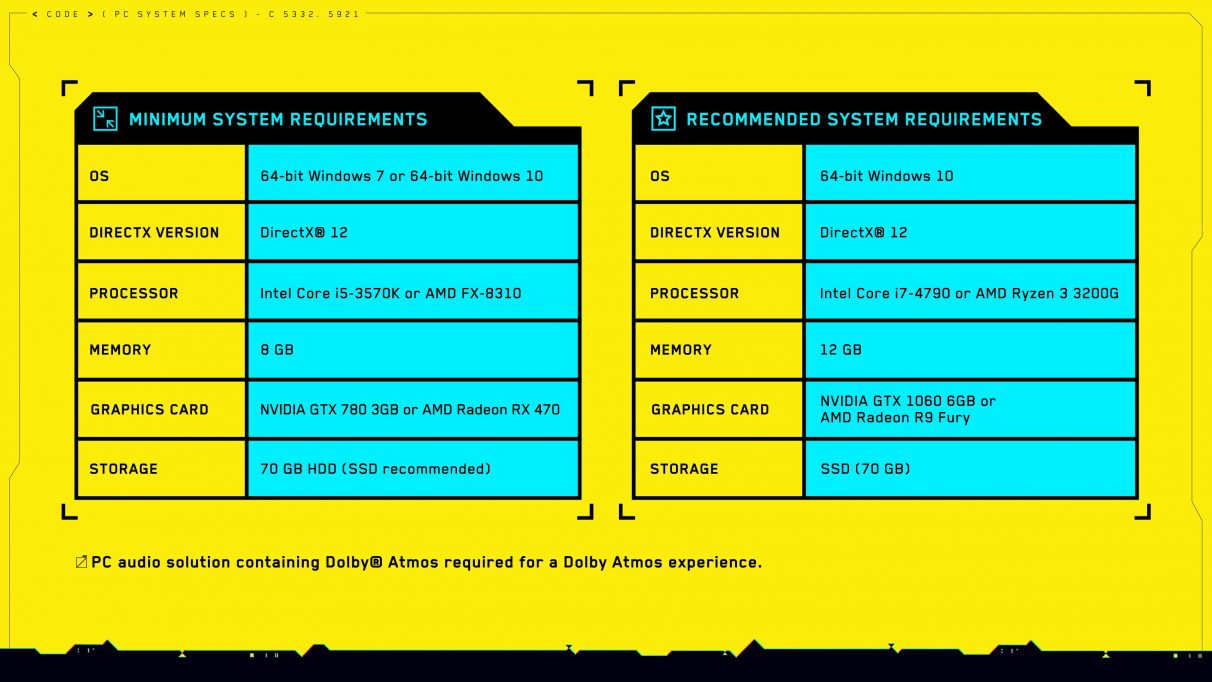 If you want to see the effects of ray tracing in Cyberpunk 2077, then you'll need an Nvidia GeForce RTX 2060 at the absolute minimum. Even this is unlikely to be sufficient for higher frame rates and resolutions, so really the GeForce RTX 2080 or even the RTX 30 series cards are the best choice - and, of course, a top-tier processor and power supply to help your choice of card reach its full potential.

For an in-depth look on how the game looks with ray tracing on PC, be sure to have a look at Katharine's deep dive into Cyberpunk 2077 ray tracing performance.