Six years in the works (counting its time as an Arma 2 mod) and Bohemia Interactive's zombie survival sandbox DayZ has left early access, flinging open its doors for a free launch weekend. Snag it here on Steam before December 17th and you too can enjoy hiking through the rain across the sprawling, bleak land of Chernarus. Maybe you'll even find weaponry and shelter before zombies or other humans do you in. Having not played it since its early days as a mod (I feel very old, suddenly), I went for a jaunt around Chernarus last night. Thoughts and a launch trailer below.

My first thought on DayZ is that separated from its status as an Arma mod, it feels very bare-bones. No tutorials, no guides, just create a character and get dropped into its world with no guidance and no hints to your status beyond a handful of part-filled icons representing your vitals. In the three lives I've lived so far, two ended to the first human I encountered wordlessly plugging a bullet into my brain before I could react. My most successful had me finding a sledgehammer early, and fighting a zombie. I killed it in two hits, it struck me once and I bled to death, finding no bandages but a surplus of summer trousers in my panicked scavenging.

For better or worse, this is an utterly uncompromising game. While other survival games make basic resource gathering easy, DayZ starts you out in what feels like the picked-clean bones of the apocalypse. Zombies are infrequent and I've only encountered them in small groups, and players feel even more spread out across its massive environment. I'm sure that a squad of more experienced players could hunker down, build themselves a fort (a new feature in this version) and start living off the land, but that's's more time investment than I'm available to give it right now.

Fortunately, the threadbare nature of the game is just meant to be a foundation, according to Bohemia. Development is continuing through into the new year, with more stuff coming to the game, including features cut for time (such as throwable weapons like grenades) due to be outlined in a proper roadmap before long. Right now they're just hammering out launch-day kinks, including a nasty performance problem ravaging the servers last night (and racking up a swarm of negative Steam reviews) that thankfully seems to have been smoothed out today. 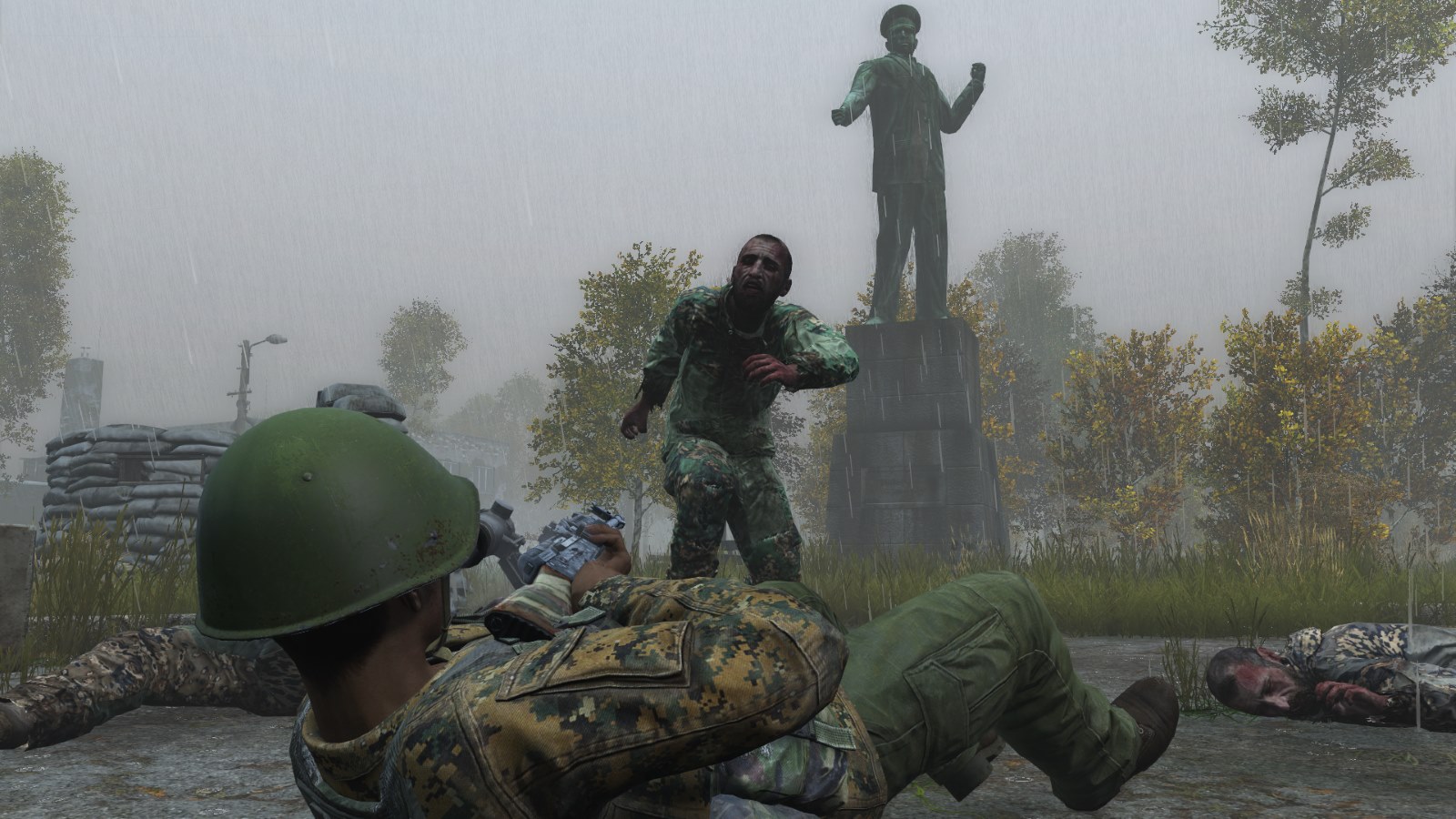 If there's one thing I'm pleasantly surprised by in DayZ's launch version, it's how well it runs. While my PC is a beefy lil' laptop, hoofing it across the land at the High visual defaults is significantly smoother than anything I've experienced in Arma 2 or 3. I'm curious what improvements they've made under the hood to enable this, and whether they'll be carried forward to future Bohemia games. Plus, the game is highly moddable, and players have already implemented several key features missing from this release, like garish Christmas sweaters and more on its Steam Workshop.