There's something delightfully in-fiction that, isn't there? A rogue band of Destiny 2's space knights breaking through the physical boundaries of their home to discover an alternate space, unlocked from time? You could've plucked that straight out of the Grimoire. But these Guardians are very much real, a set of curious players who, through a glitch in the Tower's geometry, may have caught a sneaky look at this season's climax.

Potential spoilers ahead for Destiny 2. You've been warned.

Season of the Worthy's current plot is a melodramatic one. The Cabal are trying to blow up the Earth by crashing the Almighty - that big sun-exploding starship we disabled at the end of Destiny 2's Red War Campaign - into the Tower.

Now, granted, cracking open the planet would create some real complications for Destiny 2's plans as a lasting product. But while we're not expecting the Earth to go boom, it looks like The Tower is in for an absolute knackering. Relaying information from Discord, Redditor PaperMartin revealed that a hapless player had inadvertently wound up in a brutalised version of the social hub (cheers, Eurogamer). 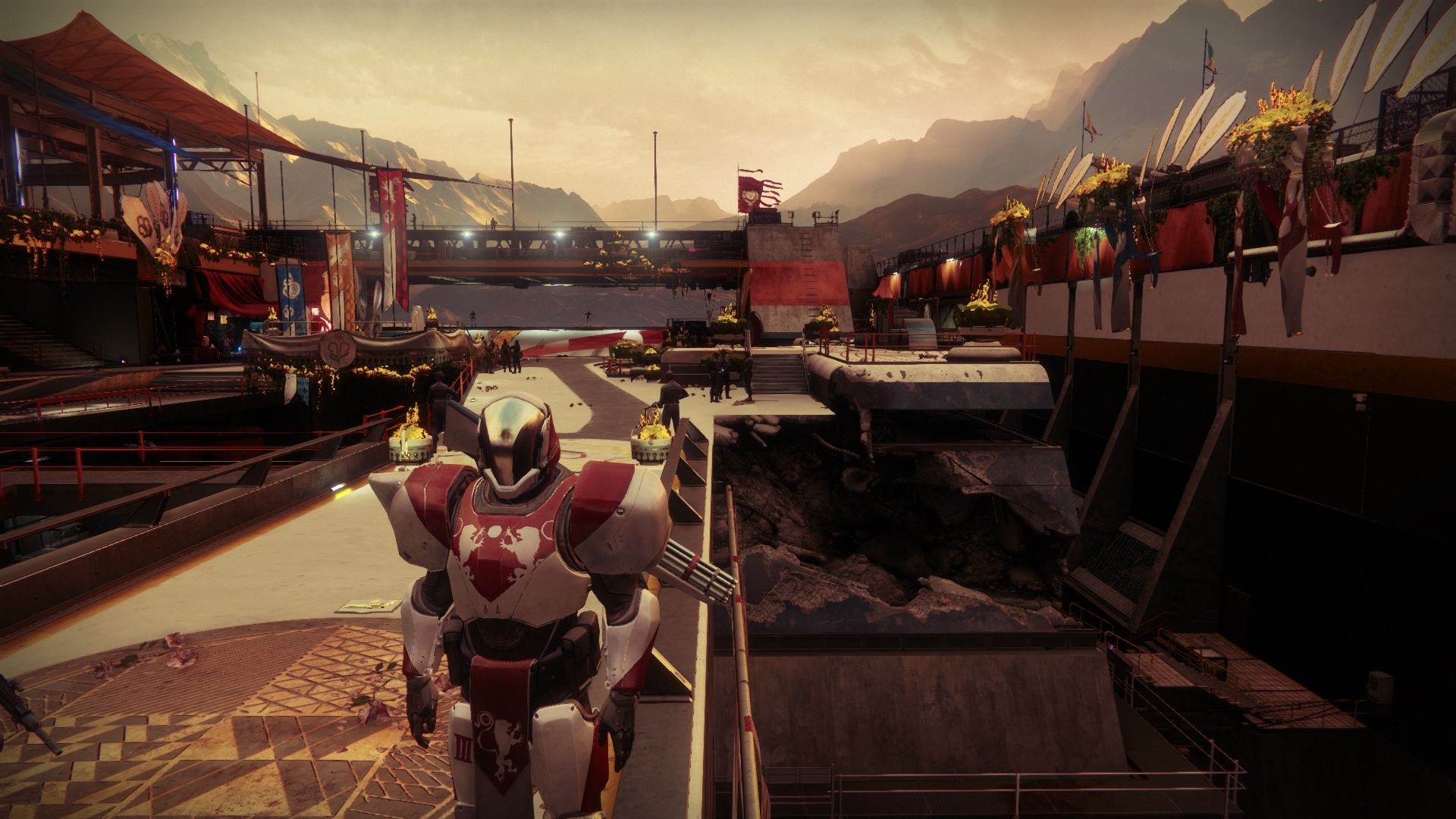 It wasn't a one-off, either. Members of the Raidsecrets Discord later confirmed that they'd managed to emulate the exploit, sharing comparison images of the tower before and after ship debris turned its walls into Emmental. The going theory is that, while The Almighty doesn't quite achieve its dreams as a steel meteor, it comes pretty damn close - exploding in dramatic fashion a little too close for comfort.

We'll find out what actually happens, if anything, when Season of the Worthy reaches its conclusion this June. You'll have to be there to see it, mind - Destiny 2 won't solve its seasonal FOMO problems until Year 4 kicks off this Autumn.