After five-and-a-half days, Destiny 2 players have solved the new mystery in the Corridors of Time and found new loot. This was a huge communal effort, with innumerable hundreds of players sharing thousands of map fragments to build a route through an alien time machine. The map is ludicrously huge. The effort is remarkable. I followed the newly-revealed route this morning and can tell you the reward is, ah, well, I'll not say just yet for people who wish to go in blind.

Last Tuesday, Bungie quietly added a new quest sending players back into the Corridors of Time, the big alien time machine we used to rescue our pal Saint-14 earlier this season. Just explore, it said. See what you see. No real reason. Players discovered symbols being displayed on this season's time-bending Obelisks, changing every hour. These symbols matched symbols marking portals in the corridors, and turned out to be maps through timelines all ending at the same place: an unnamed Guardian's grave. Players could earn short lorebooks and an emblem from following all these routes, and that opened a new mystery.

At this point, players start seeing new symbols in that final room, reflected in the floor. These did not lead anywhere clear. By themselves, they mean little. Together, they form a huge map. Players realised that the room revealed a tiny fragment, a few pieces that could snap together with views from other players to start forming routes. And so began a huge effort. 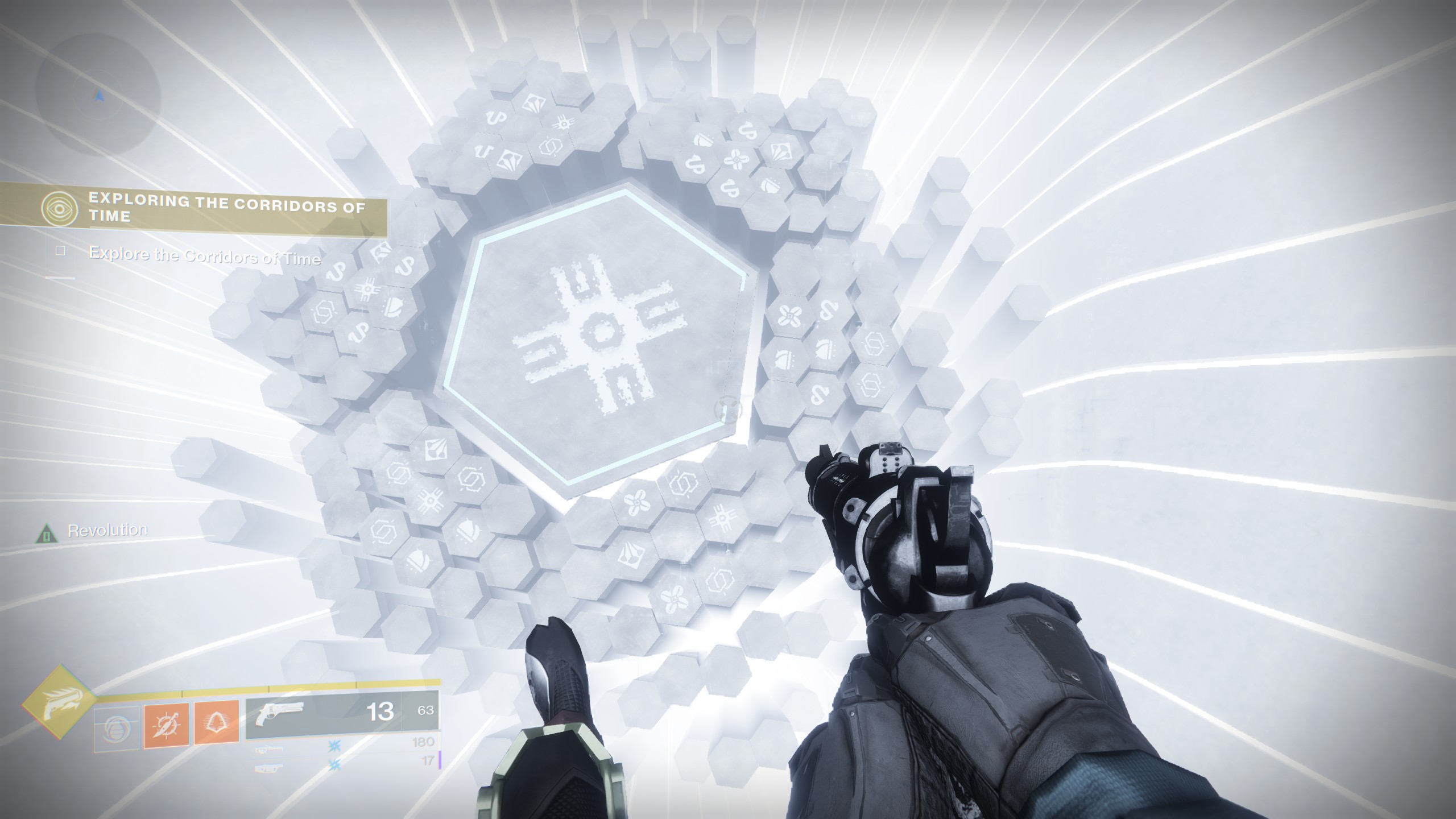 That view is one single cell of the finished map. Some big secret-hunting streamers worked with their pals, putting in ridiculous hours trawling through screenshots submitted by fans. Some folks set up websites and databases gathering screens and transcribing the symbols and paths. Some wrote code to automatically put transcribed pieces together. The near-complete map looks like this:

The amount of effort to put that together, one piece at a time, is staggering. I peeped in on streamers like Gladd and Datto every now and then, whose groups spent dozens of hours this week staring at screens like: 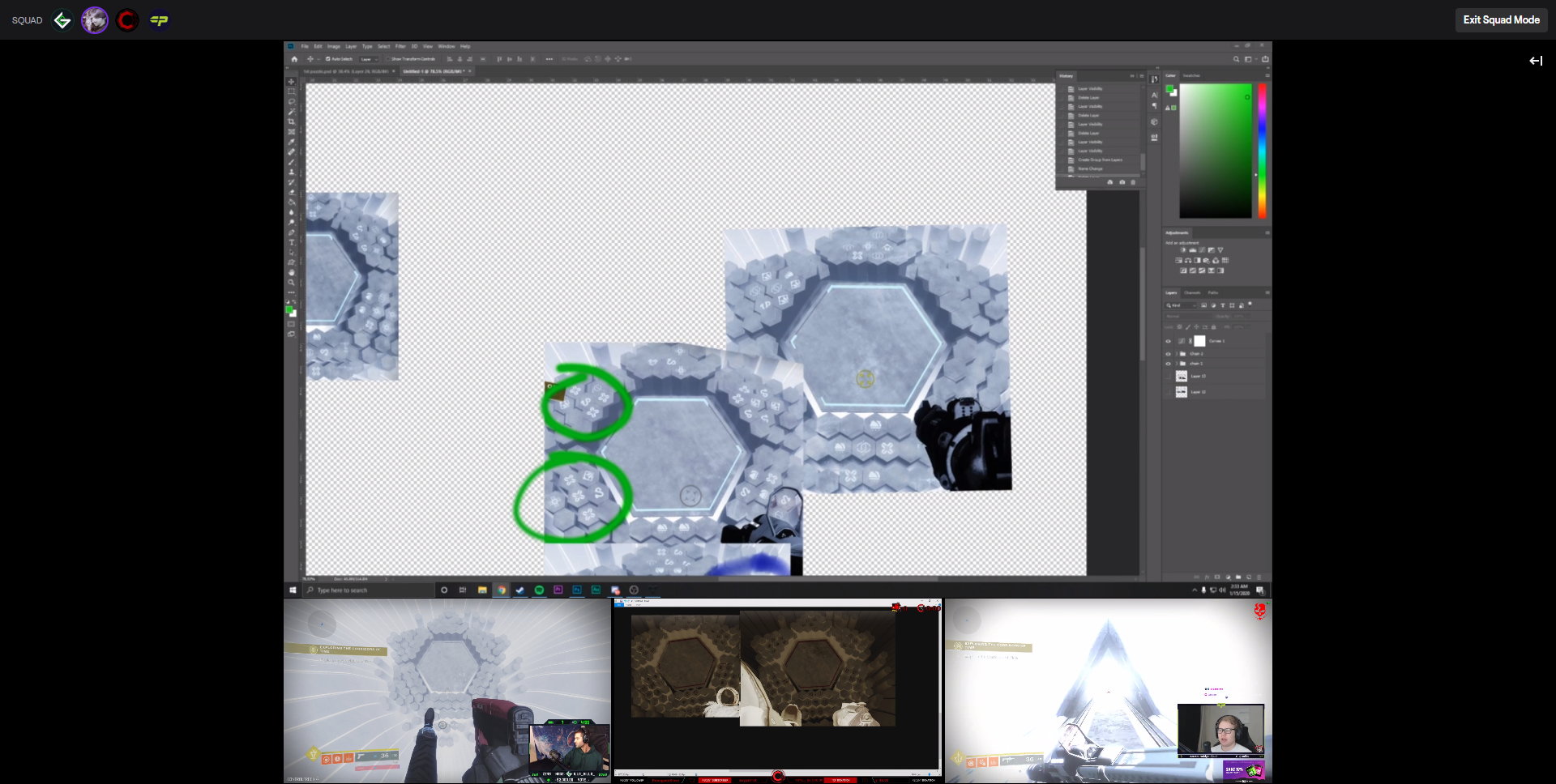 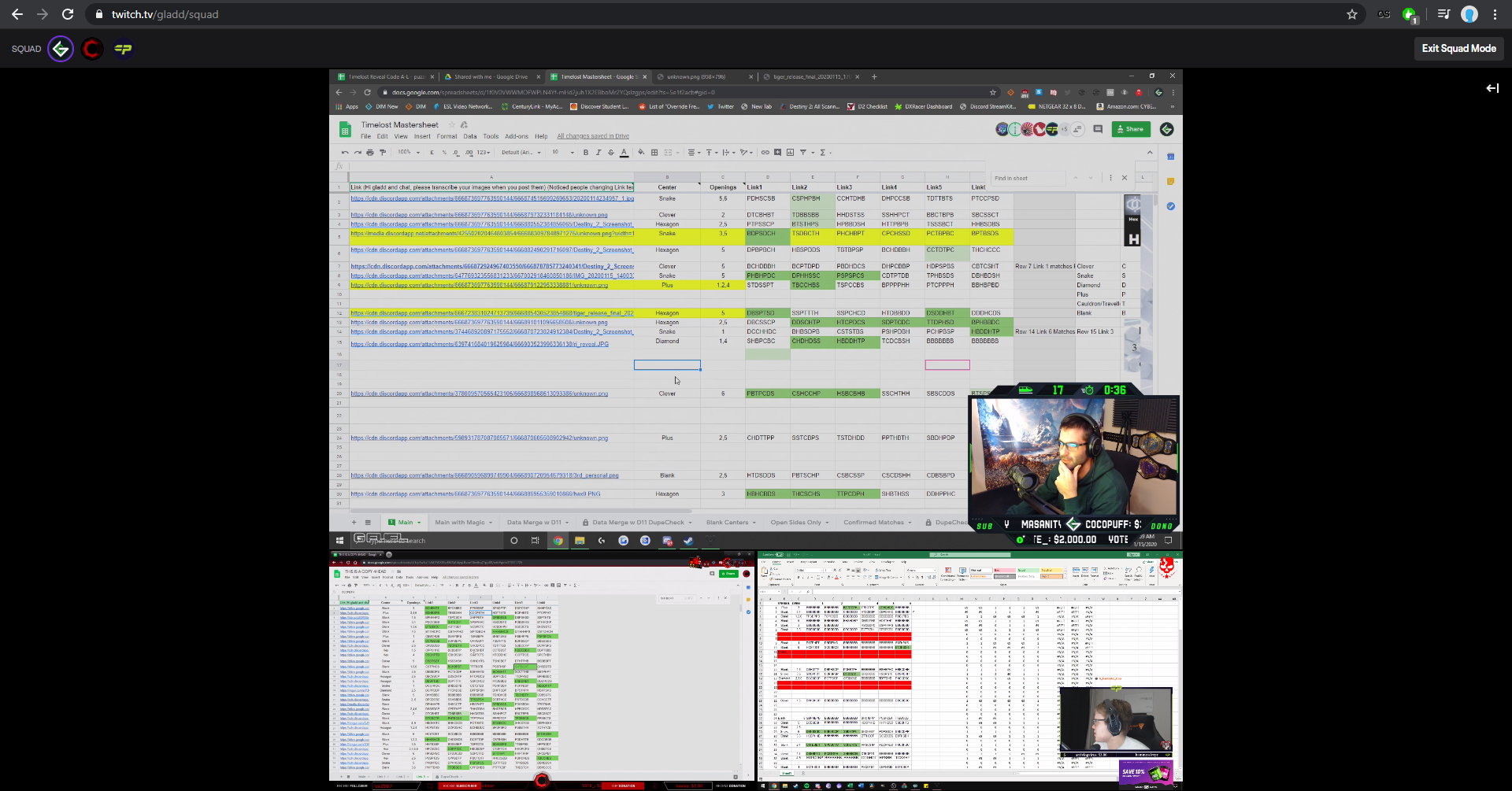 Now we have one correct route, at long last, and it's a doozy. We need to travel through thirty portals in the correct order, which is far too easy to muff up if you're as easily distracted as me. But this is the route, and I've done it, and I know where it goes and what we earn from it.

Stop reading now if you'd rather head in for yourself.

The first reward, I suppose, is another snippet of story: time skips a few beats and Saint-14 delivers hints of events yet to come. The more material reward is the start of the quest for Bastion, this season's Exotic kinetic fusion rifle. Do a few hours of busywork for Spider and you'll seen have it in your hands.

Bastion is the first fusion rifle in the kinetic slot. Its whole deal is charging up to burst three spreads of slugs in quick succession, making it a bit like an autoshotty on three-round-burst. It can also deal a portion of damage through energy shields. I don't yet have a sense how strong Bastion is. Videos like this make it look potentially WILD but how often will you get three enemy players to line up and stand still?

The season calendar still lists Bastion's quest as launching on January 28th, so I suppose all this puzzling leads to a chance to get it early. It seems unlikely the actual quest path will require players to find information listed out the game, so I suppose we've used a map of time to skip forward one week. Imagine plotting a path through time itself just to jump the queue and get a gun one week early. Greedy, greedy Guardians.

I had hoped this maze would lead to an actual surprise, something we didn't know was coming. Maybe that fancy sword Saint-14 talks about at the end of the maze. Ah well. Anyway, for now, I'm off to play with my new Bastion.