Today's a big day in the distant future, with new competitive and cooperative modes arrived in Destiny 2 for Annual Pass holders. The 'Season of the Drifter' brings Gambit Prime, an advanced and end-game version of Forsaken's PvEvP mode, along with a PvE wave survival mode which gives powerful new gear for Gambit Prime. This season's all about our cool deadbeat crimeuncle, who's drifted back into the solar system after centuries away to pay for our first tattoo and teach us how to blow smoke rings in that nerd Zavala's face. He'll even help under-geared players get up to speed with hot gear.

Big balance changes hit Bungie's MMOFPS in today's patch too, and new content is due for all players over the coming weeks and months.

So, the Drifter! Our enigmatic spaceuncle rolled back into town with Forsaken, setting himself up as the host of Gambit, a 4v4 mode where teams summon and defeat a big baddie while screwing with the other team's arena by summoning extra monsters and invading. He's become quite the sneaky character over months of minor quests and storydribbles, tempting us into unholy shenanigans that the Vanguard are wary of. He may be using us as pawns in a grand game to an unknown self-serving end? Or for mysterious spacemen The Nine? Or maybe he's teaching us the world isn't as black and white as our superfriends club make out and that we'll need to turn grey to save the world? It could go either way.

We'll get to pick a side this season, with a quest having us side with the Drifter or the Vanguard and seeing the story from their angle. That's per-character, not per-account, so players can do both. Either way, we'll get to lean into the dark side a bit more and play with Thorn, a famed unholy murdergun from the first game.

The focus of the expansion is Gambit Prime and its cooperative companion, Reckoning. Gambit Prime works much the same as regular Gambit, only players can take on the clearly-defined roles of Reaper, Invader, Collector, and Sentry. These basically reflect the way many already play Gambit, and with special new armour we'll get to specialise. Perks on the Reaper gear, for example, include generating Special-type ammo with multikills so they can go to town clearing out waves of enemies with big guns. Or one Invader perk is the ability to drain motes from the other team's bank.

(Apols for rubbo Twitter vid, Bungie haven't YouTubed it yet.)

This special new gear is obtained through Reckoning, a new survival mode with a great many enemies trying to eat you. You can play Reckoning just for funsies whenever, once you've completed a single Gambit Prime match, but the main reward is those Prime armour sets.

The first Gambit Prime map and first tier of Reckoning launched today, along with private matches for regular Gambit, then more will arrive over the coming weeks. Bungie are very much doing the live service sorta thing, laying out a schedule for events and additions.

Like last season, the gear power cap once again goes up for Forsaken owners, now from 650 to 700. For players who are way behind, the Drifter offers 'Power Surge' bounties rewarding 640-power gear to get level 50 characters up to end-game-y levels with less of the usual grind.

A plot does run through all this, about humanity needing to prepare for a coming darkness (teased way back at the end of D2's original campaign then rearing again in the ongoing Dreaming City cursed time loop) while barely holding the scraps of civilisation together. How much are we willing to compromise ideals, and are those ideals even right? Bungie have recently posted a series of short stories setting up characters, factions, and conflicts, which had a pleasing consequence of making many bounce back and forth on loving and hating the Drifter as each new story arrived.

The point is, I love my shifty spaceuncle and his magic tricks.

One downer is that Bungie are removing the Prismatic Matrix system, which let players earn more of the premium cosmetic doodads by playing rather than paying. I suppose they're not backed by Activision's megabucks anymore.

Not everything new this season requires paying extra. Plans for Forsaken and base players over the next few months variously include new Gambit maps, a new Exotic quest, a spring event named The Revelry, new cosmetic doodads, and a mystery event named Arc Week.

The start of season 6 also brings new "pinnacle" weapons to earn by playing in different modes. The Vanguard weapon from Strikes is the Oxygen SR3, a scout rifle which does extra Dragonfly damage based on how many precision hits precede the finishing blow. In the Crucible, PvP players will find The Recluse, a submachine gun which gets a short burst of bonus damage after kills from any weapon. An odd choice, given that SMGs are not great right now, but I'm curious. And Gambit players can earn 21% Delerium, a machinegun which gets a damage bonus from kills - lasting until you reload or swap weapons. 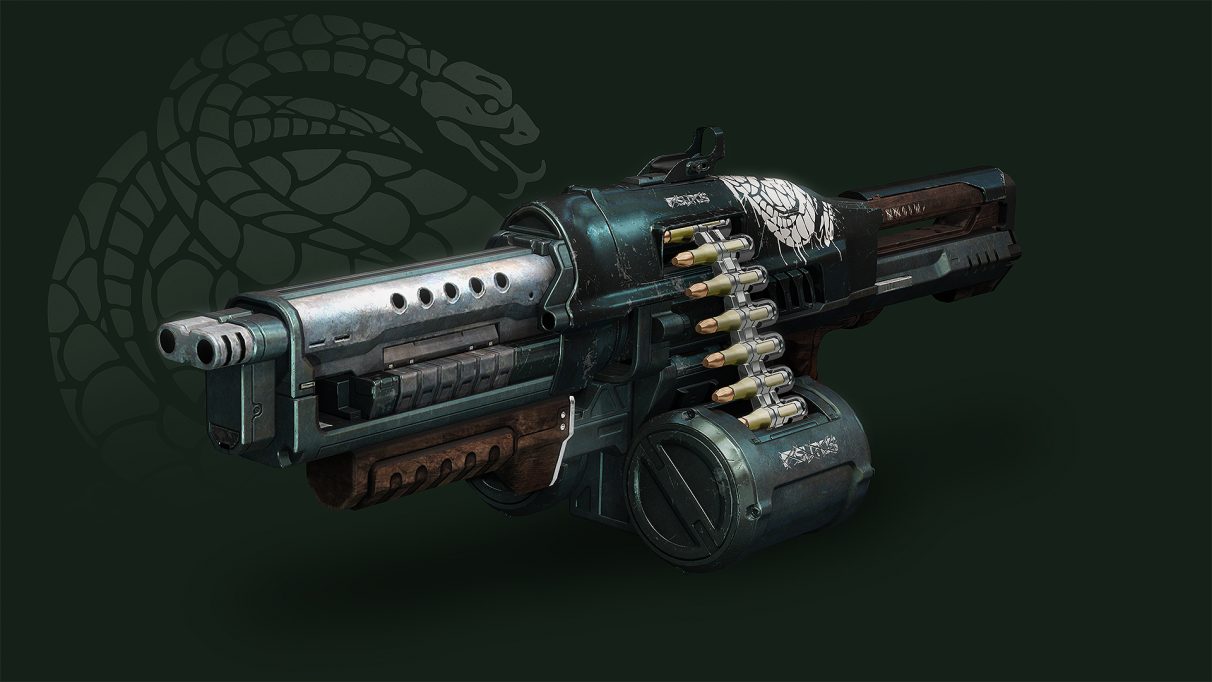 Beyond the shiny newsness, today's update also brings a load of changes, tweaks, and fixes. There's so much that I'll slam a few highlights into a list.

God, there's so much more. Hit the version 2.2.0. patch notes for full details.

Sadly, regular Crucible PvP seems a little neglected. Bungie don't mention adding (much-needed) new maps or even (much-needed) tweaks like adding extra spawn points to some. I like Crucible but between One-Eyed Mask and the map rotation, I did grow a little bored of it. At least the Mask is fixed and that'll shake things up.

The third and final season of this pass, the Season of Opulence, is due to start in June. That looks like it'll focus on Calus, the decadent Cabal emperor who drinks liquified planets and had us play spacegameshows in the Leviathan raid to prove our friendship. Given that he's been going on about preparing for that there coming darkness, it seems likely this will lead into either Destiny 3 or another big expansion when the big black pyramid ships from beyond the stars arrive.