For almost half a year, parts of Destiny 2's world have been trapped in a time loop, our actions and adventures having no real impact as the same events unfold every time the three-week cycle starts over. While rotating quests is standard for many MMOs, and indeed Destiny 2, the curse cycle of the Dreaming City is actually a story quietly unfolding. You may have missed this if you don't play regularly and listen to all the quest dialogue, but everyone there knows we're trapped in a Groundhog Threeweeks loop and it's getting grim. Change may be coming.

A brief recap for non-Destineers. In Destiny, elf-ish spacehumans named the Awoken live in the Dreaming City, a paradise of gardens, crystals, and waterfalls built upon an asteroid. We visit in Destiny 2's Forsaken expansion and, after players first beat its raid by smashing a wish dragon possessed by a dark god (video games, eh?), a curse trapped the city in a loop. Now the curse ebbs and flows across a three-week cycle, the air growing heavy with flecks and orbs of elder awfulness, and all sorts of nasties from distant stars and deep planes swarm the Dreaming City.

Each week, the curse shifts and a few different quests and activities rotate in, all repeating on a three-week cycle. And everyone in the Dreaming City knows time is repeating, remembering everything that's happened since September but unable to change their actions if they stay in the city. Every three weeks, the same space elf gets injured defended artefacts. The same monastery is attack by the same baddies. And so on and round and round we go, some signs of hope coming across cycles, some people escaping it by leaving, and everyone else settling in for the long haul because the consequences if we don't will be worse. That's been fun. 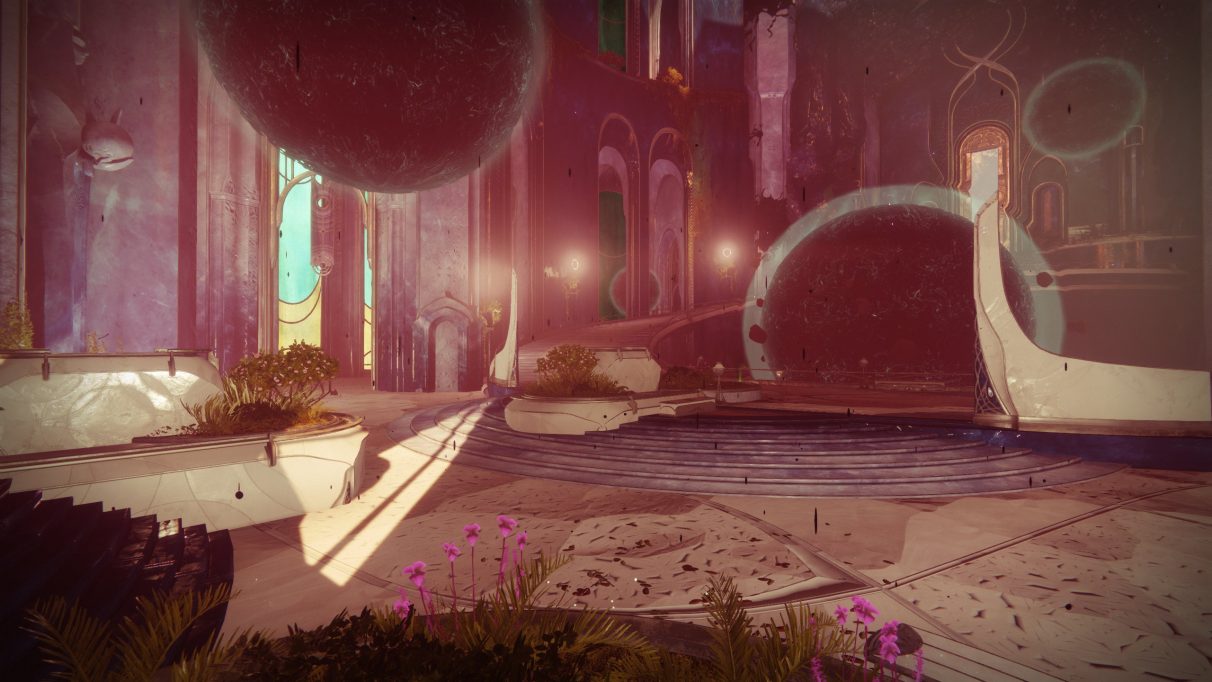 While we repeat the same quests and wider events slowly progress, we're also getting to know characters better, with new dialogue when we see questgivers again. My favourite is Amrita, a space elf wounded every three weeks while defending precious artefacts. Over time she's got chattier, revealing more about the items we're recovering as well as herself, then settling into a sort of grim humour.

"It's embarrassing, really," she began during the latest cycle. "'Help, help, the Hive are stealing our hard drives.' 'Uhh, they shot me uhh oh no.' I'm a good shot actually. A good fighter. I didn't think this is how history would remember me."

This week, another warrior is saying she has "lucked out" because her place in the cycle is on scouting duty safely atop a cliff. "I get to come up here every three weeks and just... hang out."

(Reddit user "dobby_rams" has been collating the 21 weeks of curse dialogue so far, if you're curious. Much will be odd if you don't know the game but y'know you get the picture.) 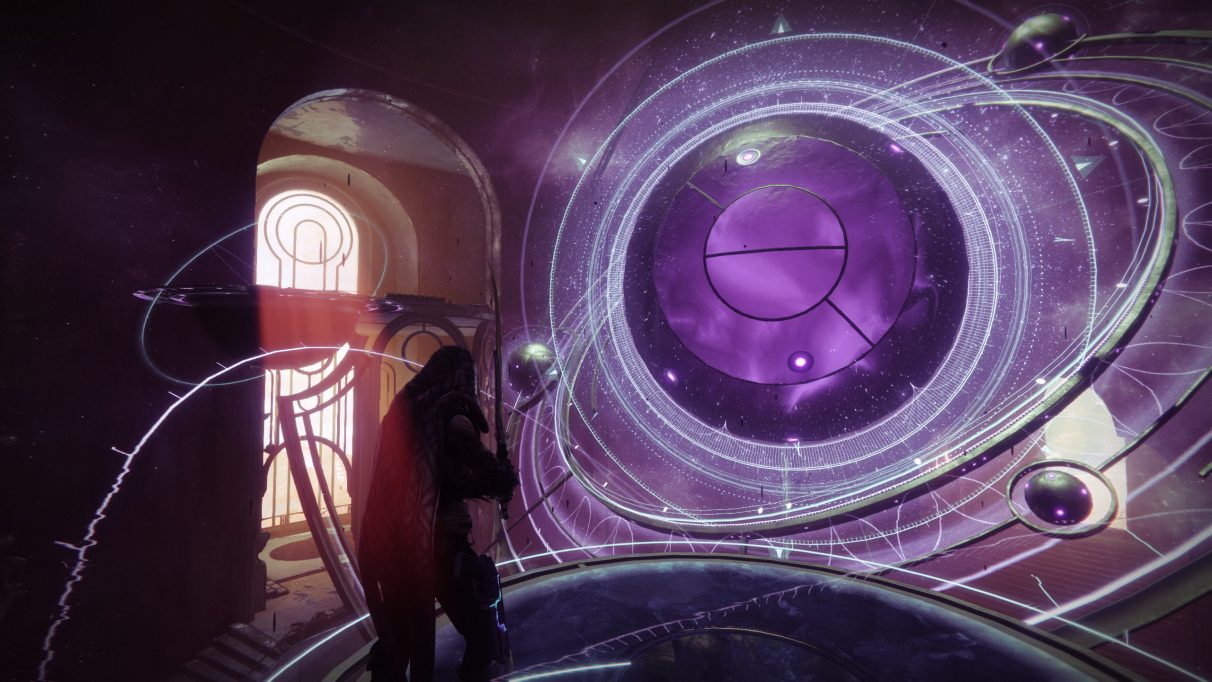 Our wee Ghost robopal getting increasingly riled by the apparent indifference of Mara Sov, the Dreaming City queen who's seemingly sitting this out far away, has been good too.

This week seems like it may be be the start of big events with the cycle. Mara Sov has left, saying she's off on important business and may be some time. Because Bungie can't do anything important in the open, this is in a one-off scene which only appears to people who complete a specific quest this one week. Mara even dropped a reference to a cryptic unnamed character from the first Destiny (and never seen since) who spoke the clunking line "I don't even have time to explain why I don't have time to explain." Mara echoing that enigma sure is some classic Destiny. I'll not even get into the big twist around her brother, Forsaken antagonist Uldren Sov, in an earlier one-off cinematic. But whether Mara leaving changes anything or not, I'm unreasonably pleased with this whole curse setup.

While rotating quests is a fairly standard way to keep an online game fresh, it's rarely intended to be an actual story. This is unexpected even within Destiny 2, where elsewhere we can idly walk through the battlefields of wars which still rage despite the fact we won years ago, where many characters briefly recognise grand plot lines we concluded then continue to act like nothing happened, and where the same people die the same deaths because we replay the same missions. 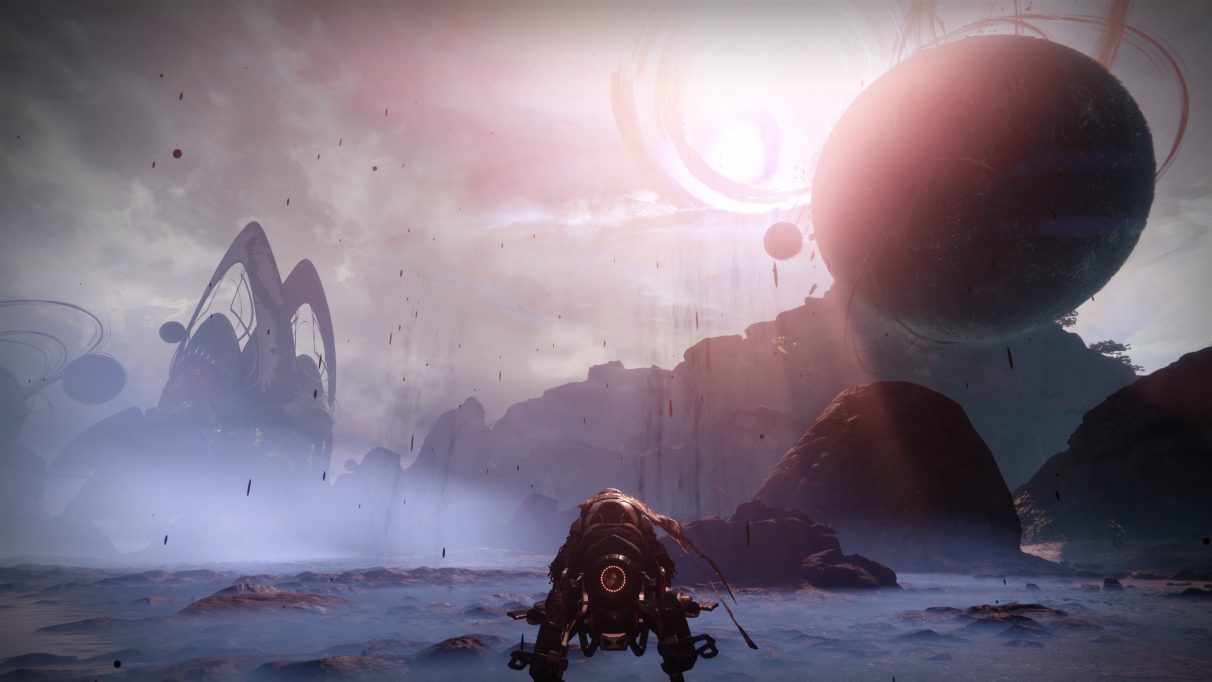 God, this game has such strange storytelling. Destiny 2's original story campaign is little more than an aside within the wider plot, a series of events that weren't that interesting or exciting with forgettable characters and largely ending in a return to the status quo. I do like games which tell stories within worlds rather than focusing on erecting intricate millennia-long plots where everything ties into everything else, but that's not what Bungie are up to.

Across minor mentions in side-missions, NPC chatter, and squillions of text lorelogs, they are clearly building a long arc of dire events. But they hide all the portents and explanations, instead often using the foreground to tell bland stories. Destiny is incomprehensible if you don't hunt out and follow these quiet parts. And some of their ideas are really interesting! What is this. Why. Why do they do it this way.

They're still doing it this way. This week's new quest to nab a honking great revolver, The Last Word, is the lead-in to the next season of Destiny 2: Forsaken's paid annual pass. It's a turning point in a story with an enigmatic character tinkering with dark forces to an unknown end, though unless you've delved deep you'd not know this and see the Drifter only as the announcer of a multiplayer mode. A lot of that story is also in lorelogs, and this new quest builds on another started by a rare loot drop many players still haven't even found. And who's reading all the descriptions when trying to grind through the many grindy stages of a grinding quest? Then the quest climaxes in a story mission which, though it has a cute trick, tells no story.

I mean, I am happy enough just shooting faces in the hope of finding better guns to shoot faces better, but it's maddening that the game foregrounds so many uninteresting stories while hiding good stuff in quiet quests and lorelogs.