If you click on a link and make a purchase we may receive a small commission. Read our editorial policy.
Developer: Bungie
Publisher: Bungie

To be a Destiny player is to consume. To voraciously devour great wads of Content, like one of its giant inter-dimensional space worm gods gorging on a planetoid, and then, never sated, moving on to the next.

The newest feast is Shadowkeep. It’s as beautifully crafted as ever. We get to eat the Moon! It looks stunning and it’s fun and weird and I love it. But while it makes quite a lot of little changes, I think it’s showing Destiny 2 has reached the very limits of what it can do. Maybe that’s why Shadowkeep delivers such a heavy dose of nostalgia for the series' oldest players. After all, what better way to obfuscate a raft of new content that’s looking decidedly familiar?

Shadowkeep takes us to the Moon, baby. Lootin’ and shootin’ in the Archer’s Line, smackin’ up Acolytes in the Circle of Bones, and runnin’ down to Phogoth the Untamed’s prison in the very bowels of the Hellmouth. By gosh, it’s good to be back. The Moon is Shadowkeep’s new free-roam destination, and it features the full sprawl of lunar bases and eldritch underground tunnels that were established in the original Destiny, plus some extra ones, including the Scarlet Keep, a stunning red Hive edifice which has erupted from beneath the grey surface, and grounds outside where extra-powerful Hive variants called Nightmares manifest. 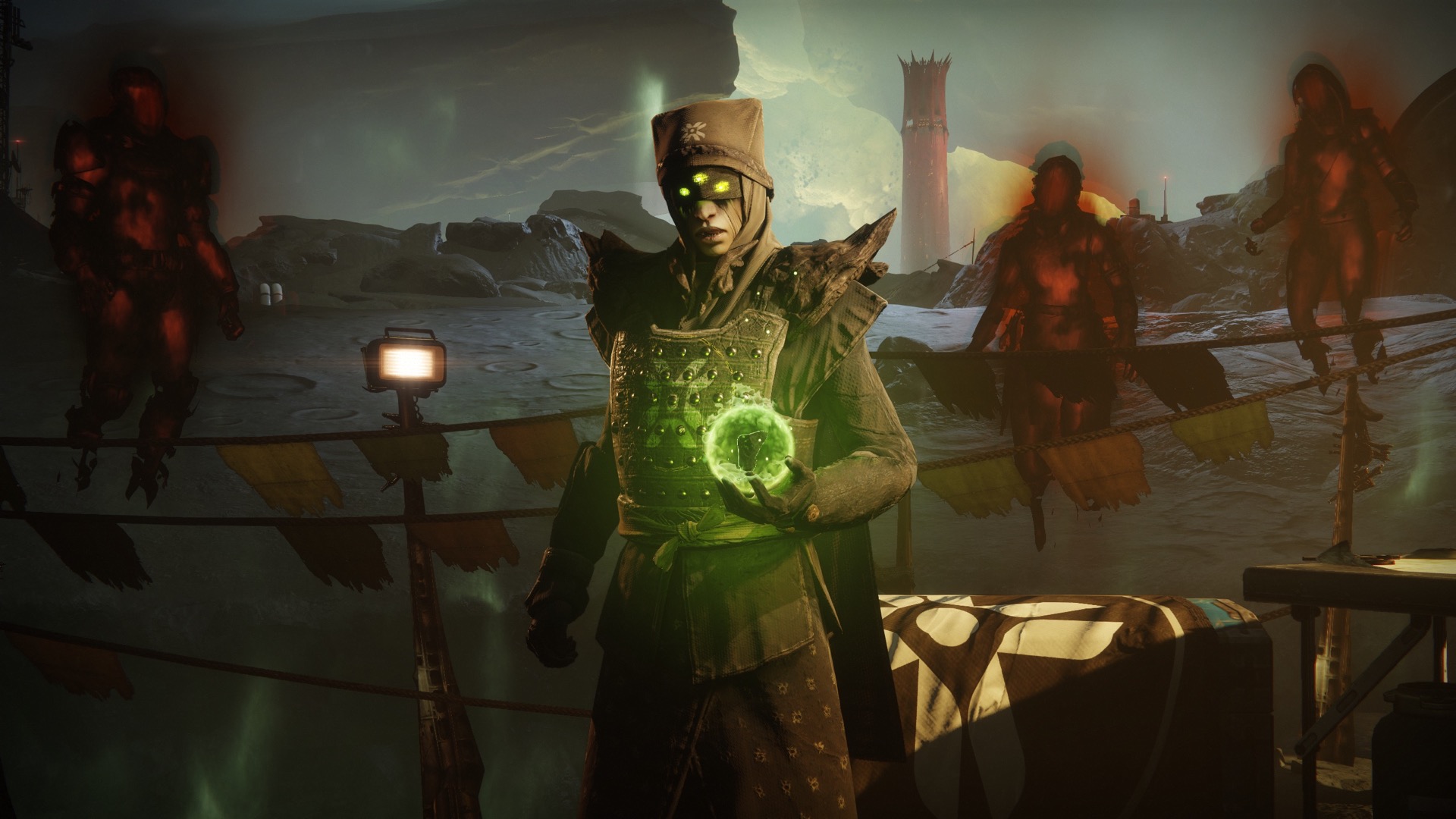 The story is that everyone’s favourite gnomic emo, Eris Morn, has gone missing, and what’s this? She’s returned to the Moon? Why’d she go there? Isn’t that where she got trapped underground and had to live for years alongside undead horrorshow faction the Hive, losing her marbles in the process? And what’s this? She’s now gone and accidentally unleashed an even worse load of Hive, while simultaneously uncovering something even badlier down in the lunar depths.

The scene-setting for all this is a lot of fun. Eris gets to say things like, “Madness, malaise and agony of the flesh,” and “Our cryptoglyph lies at the bottom of the Hellmouth”. Under the roars and growls of Knights, Ogres and Wizards, there’s a soundtrack that brings in a 2001-style discordant choir to underline the bizarre otherness of the lunar landscape.

It's all quite spooky, in fact, in line with Bungie's claim that Shadowkeep is all about psychological horror. Aside from classic stuff like the lights sometimes going out and Thralls bursting out from the blackness, the storyline is about humanity facing the horrors it has committed in order to survive over the course of its in-game history. As a result, every spare inch of the moon is littered with moaning figures of dead Guardians, serving as rather literal reminders of your past five years of happy shooting. 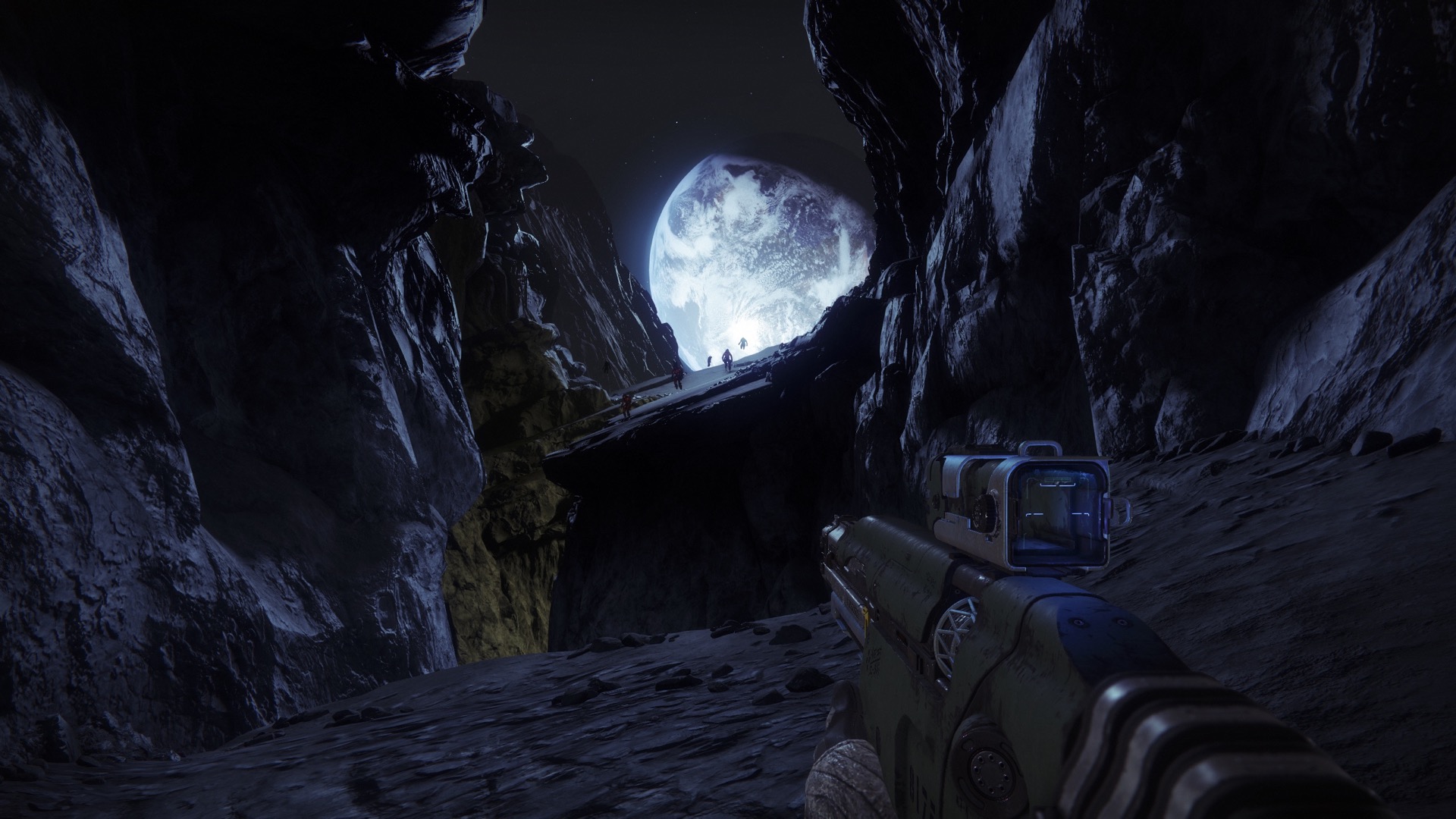 As ever, the story is an evocative backdrop to what you’re really doing, which is trying to understand all the new systems and items and activities Shadowkeep throws you into. Well, I say ‘new’. Most are new names for old concepts. Broadly speaking, Upgrade Modules are the old Enhancement Cores, which in turn were the old Legendary Shards. These are the items which help you upgrade your gear, and while their addition means I now have a completely full consumables inventory, it’s otherwise very much business as usual: grubbing through a schedule of activities to get gear that’ll push my level up from the starting level of 750 to 900, and then to 940, when you’re ready to face the new raid and progress up to 960.

So, the new activities. The first things that Shadowkeep’s story campaign pushes you towards are Essence quests, which are a bit like Black Armory’s weapon frames. Tantalising item names like Essence of Brutality compel you to kill stuff with specific weapons, before cashing in at the Lectern of Enchantment for a named weapon or piece of armour from a new Moon-themed set. I love the new gear, from the charms-and-safety-cord-bound guns to the wonderful Neil-Armstrong’s-eldritch-lunar-expedition Dreambane armour set). 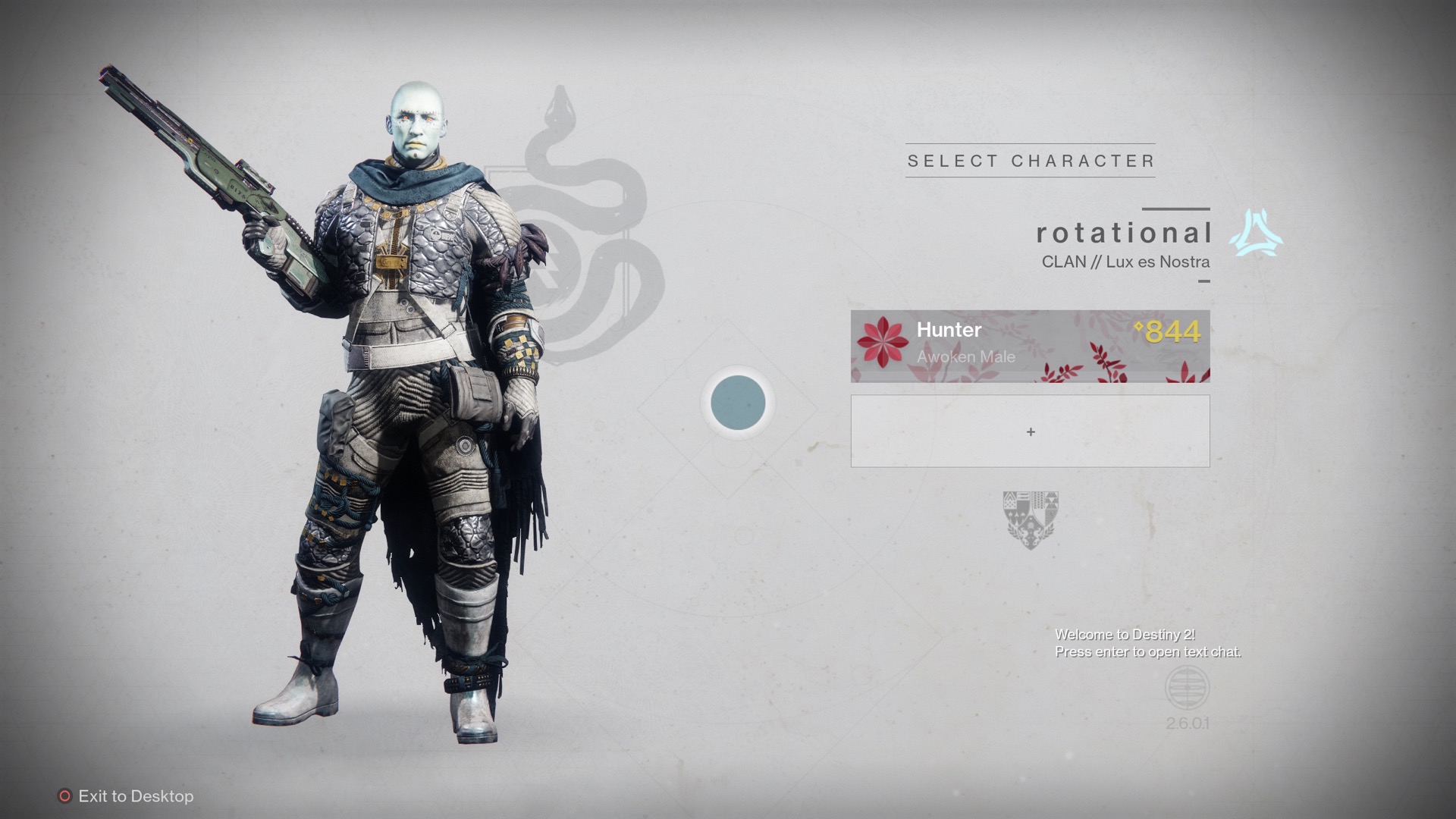 Then there are Nightmare Hunts, which are blistering three-player runs on the Moon against Nightmare incarnations of some of Desto’s classic boss fights. They’re fine! You have to chew up strong nightmare mobs while remembering how to fight old Taniks, and they’re over pretty quickly. You can, however, choose your difficulty level in order to max out the rewards. But the clever thing is the way the Dreambane set plays into them, showing off Bungie’s deftness of hand in designing the game’s systems to work with the big new attractions.

You see, Dreambane armour is preloaded with mods that reduce damage from nightmares, and mods are one of the two ways Shadowkeep has overhauled how gear works. Many standing mods still exist, but there are various new ones, many earned through an item called the The Gate Lord’s Eye, which, over time, lets you unlock mods from a table. 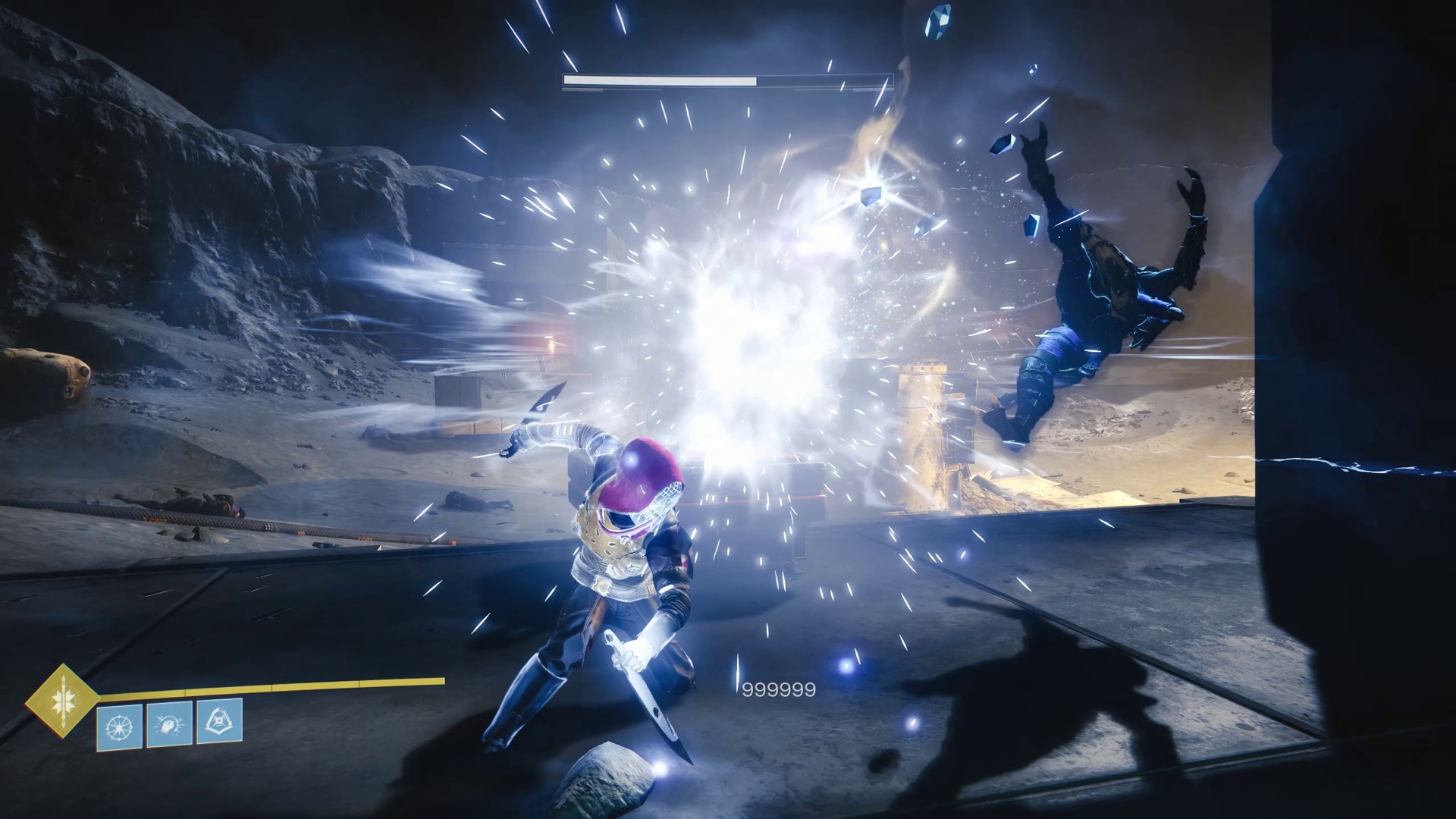 Weapons still slot one mod, but armour supports several, and now has you investing your Legendary Shards, Upgrade Modules and even your Enhancement Prisms. Each mod comes with an energy cost, too: your piece of gear has to have enough power from its Armour Tier level to slot them, so you’ll be making hard choices between quick-loading submachine guns and a 10-point mobility boost, or a mod that boosts hand-cannon damage and gives staggers on aiming-down sights. There are also mods which allow you to shoot right through shields (fuck you, Hobgoblins!) and barriers. This is very important for playing Vex Offensives, which we’ll go into shortly, and higher level Nightmare Hunts.

The point of all this, if you found yourself glazing over the last paragraph? Mods neatly tie in with the stuff you’re playing, and it made me feel clever and happy.

Beyond mods, You can do more with armour as a result of Bungie adding three more stats to it, for a total of six. Mobility, resilience and recovery remain, governing speed, toughness and how fast your shield regeneratess. Now, however, the old discipline, intellect and strength stats return, governing cooldowns on grenades, super and melee abilities. It makes sense that these variables (which used to be affected by mods and special abilities on gear) have been lumped in together: the system is more readable now, and better at explaining cooldown times, plus there are new ways to tinker with your loadout. If you like fiddling and finessing, there’s lots to be done. 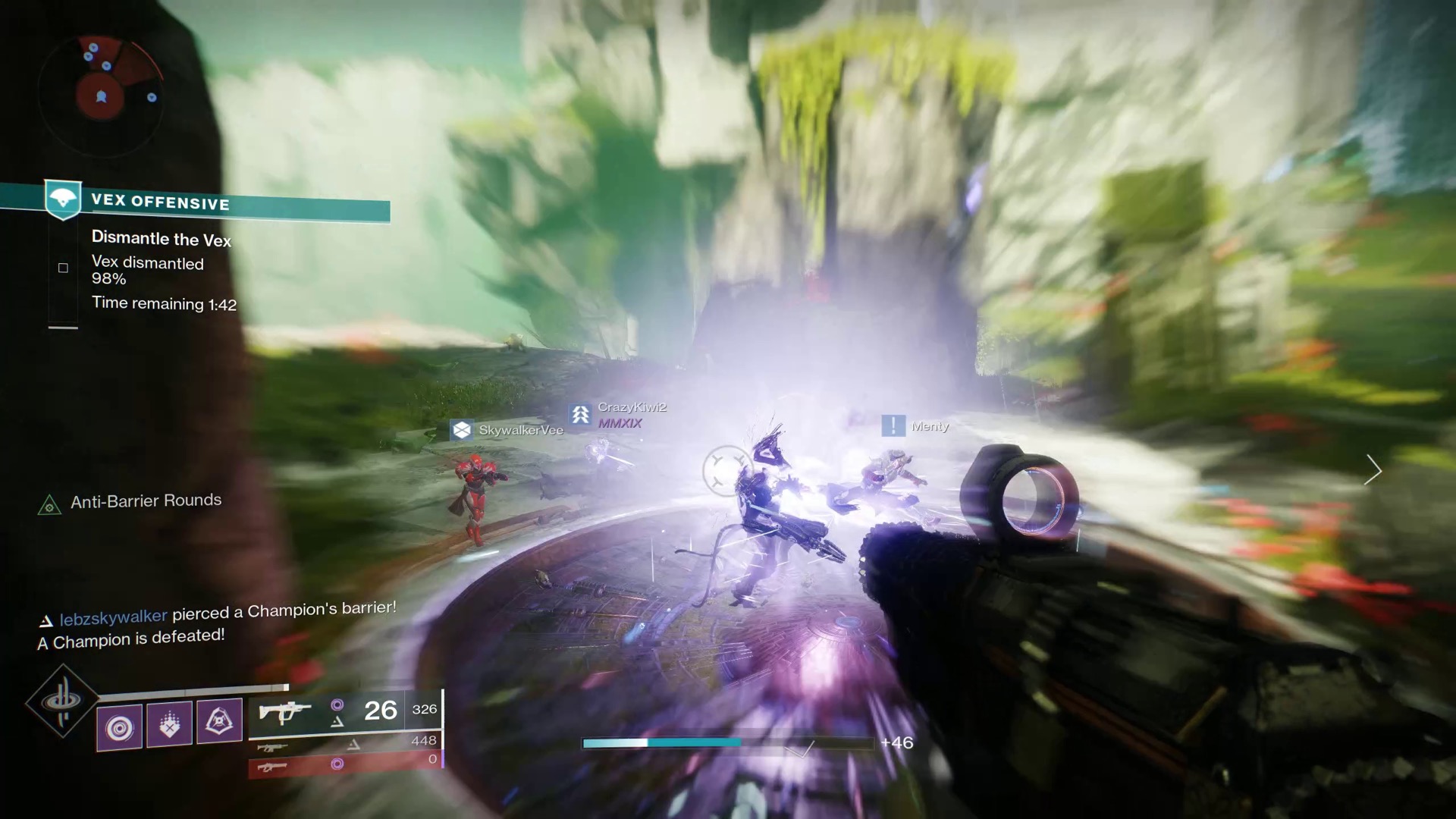 Vex Offensive is the last new feature to unlock. It's a three-phase arena battle that takes place in the Vex’s Black Garden, which is a weird, verdant, abstract, computer simulation... thing. I find it slightly odd that an expansion so focused on the Hive should suddenly turn its attention to the Vex. It apparently makes sense in the story (the Vex are coming to the Moon because they’re interested in the Bad Pyramid what’s been found inside it, I think?), but it definitely feels disconnected.

More urgently, the Vex Offensive is yet another coop arena mode to add to The Menagerie, The Reckoning, Blind Well and Forges. The same goes for the live Vex Invasion events on the Moon, which are very similar to the Escalation Protocol events on Mars. It’s all intense and fun, just like almost anything Bungie adds to Destiny 2, but the best thing about the Vex Offensive is that it doesn’t impose a high barrier to entry. Bungie has learned from the Black Armory and Forge events, which remained out of reach of many players for weeks as they slowly levelled up, as the Vex content is available as soon as you unlock it in the campaign quest chain. That’s good! But there is a downside: in opening up something so soon, it will feel old sooner, too. 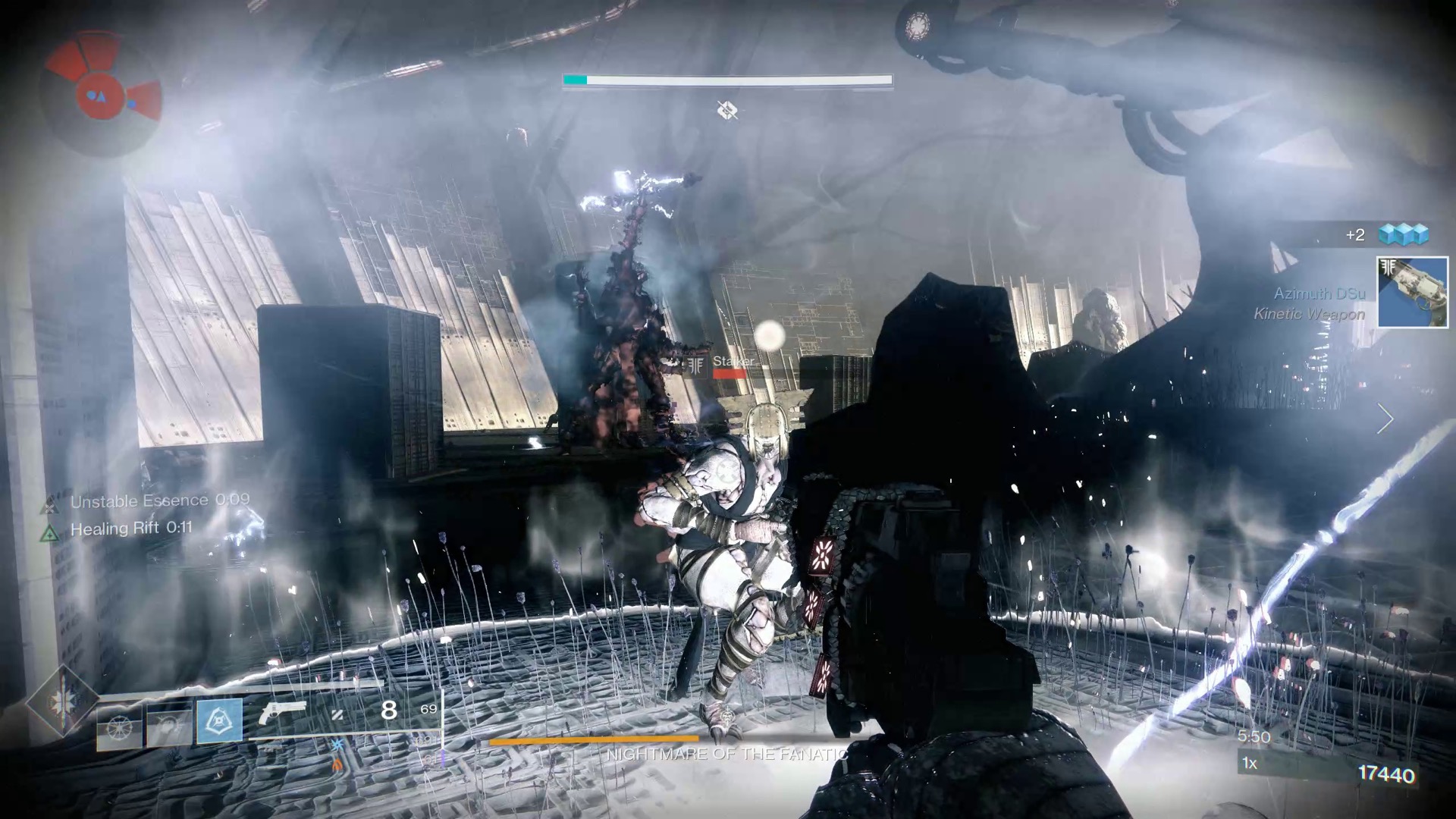 It’s weird to say it, but Shadowkeep’s problem is that a lot of the problems and hard questions that Destiny 2’s first year threw up have been solved since the Forsaken expansion a year ago. Shadowkeep hasn’t had to fix anything, only attend the age-old challenge of keeping players on the Destiny treadmill. As a result, everything feels awfully familiar, from the big events right down to the quest types, which are still largely about earning currency to buy a quest that wins you a roll on a new item of gear.

By now, Bungie has gotten brilliant at binding all this together; the many, many quests are mutually supportive, so that progress in one kicks off progress in another, and another and another. It quietly pushes you to play in places you might’ve forgotten about, in ways you disregarded, or use gun types you thought you didn’t like, while sticking to daily and weekly routines result in drops that raise your power level. It’s a clever and powerfully compulsive machine - but it’s not exactly exciting. 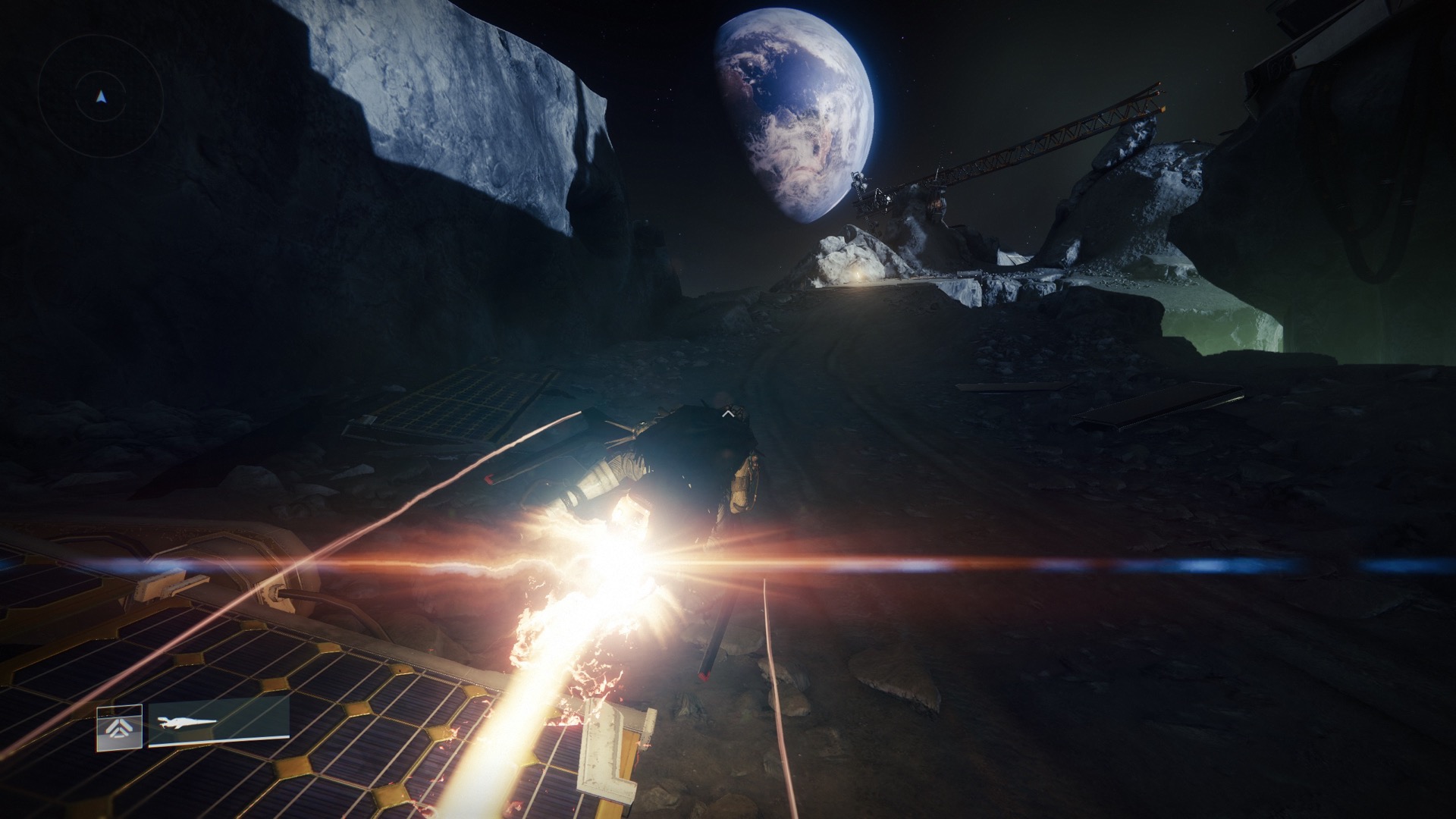 Here at the start of Destiny 2’s third year (and the fifth since the original came out), there’s a real sense that it’s already plumbed the depths of what its loot-shooting action can do; that we’re going to be going on dungeon runs and weapon quests and doing the dance between shielded bosses and fighting back adds, forever.

I keep wondering if there’s an inherent acknowledgement of all this in setting Shadowkeep on the Moon, where Destiny began, and having you battle old bosses. Nostalgia tends to be a good move when there’s nothing new on the horizon, after all. Alas. Even if Destiny's horizon does seem as featureless as the moon itself, there's still plenty of fun to be had in gobbling up everything in sight on the way there.