For the second time in a fortnight, Destiny 2 was last night taken down for hours of emergency maintenance after accidentally wiping some players' spacewallets of Glimmer, Bright Dust, and other spacecurrencies and crafting materials. Turns out, the fix last time didn't fully hold. Bungie have once again rolled back characters to restore lost valuables, which means anything your spacemen did between 4:30pm and 6:30pm GMT yesterday has been wiped out. That's a bummer if you logged on right after the weekly reset to enjoy Crimson Days, the Valentine's Day event, or to spend ages swapping timegems for guns. Though I've heard of worse Valentine's disasters.

Destiny 2's weekly reset came at 5:00pm on Tuesday, bringing with it hotfix 2.7.1.1 with a few bug fixes (not including the infinite Dawnblade supers). Some players experienced a familiar sinking feeling when they saw their spacebank balance and... oh no. Bungie took Destiny 2 offline for emergency maintenance at 6:30, to fix the bug and roll back characters, then it came back minutes after midnight.

All in all, the game was down for five-and-a-half hours and players lost two hours of progress from them. Given that the weekly reset brings in a new set of bounties, new events like these here Crimson Days, the weekly haul of Polarized Fractaline from the Empyrean Foundation restoration effort, and other newness, it's a time lots of people jump on at. And time they will have lost.

Seeing as this is the second time and players are riled, Bungie have given a surprisingly in-depth account of what the bug is, how it happened, and how it happened again.

In short, they had tried to fix a bug in the game's "clean-up process" when players log in, which was creating mistakes for players who sort their quest log chronologically. This accidentally broke other parts of clean-up, like calculating the maximum amount of certain resources players could have in a stack and deleting everything above the cap - which, for some, turned out to be everything. Bungie say they even spotted this issue in testing but "incorrectly concluded that it was caused by a tooling failure with debug workflows we use for testing, and not an actual bug within the game." Oh dear. So come January 28th and the launch of patch 2.7.1, loads of players were robbed. 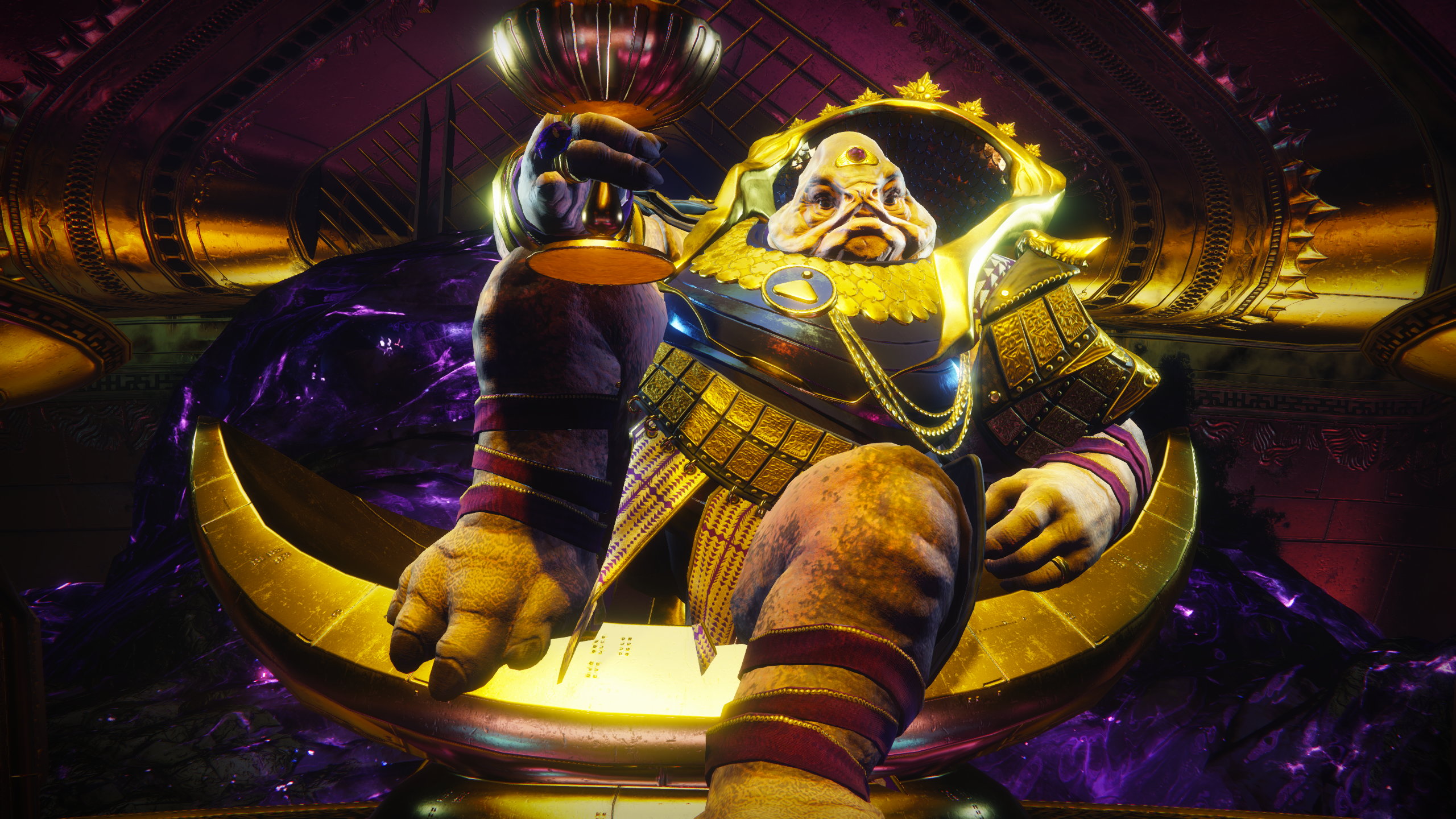 How did this happen again? When Tuesday brought update 2.7.1.1 and Crimson Days, some servers crashed while starting up then finally came back up with the the previous fix unintentionally no longer applied. So the exact same bug struck again. Only "a small percentage" of servers were affected by this but it was enough to wipe out the wallets of numerous spacemen and send Bungie back for another time-rewind.

Bungie's post goes into loads more detail, including about how their system of checks and balances failed in multiple ways, if you're curious. They say they've improved their process and it really, really shouldn't happen again. A permanent fix to this particular problem will come soon, they claim.

The developers also note that a new hotfix is coming this Thursday, 2.7.1.2, targeting problems including the infinite Dawnblade supers. I think I'll wait a few hours before logging on after that hits.

While I feel great sympathy for people who lost good stuff in the rollback, truth be told: it's been quite kind to me. I logged soon on after reset, spent a small fortune in Glimmer and Fractaline on Timelost Weapon Frames, and scored none of my dream rolls. Now I have my Fractaline back and can do it again - once my clicking finger has recovered from over-exertion. Sorry.

Oh, and Crimson Days? It's live now. Once again, Lord Shaxx asks us to demonstrate our love through ultraviolence. The 2v2 Crimson Days mode is back in Crucible, with the usual buffs which grant better ability cooldown times when you're near your pal or they die. This means yes, once again, grenade spam is wild.

Crimson Days matches and bounties reward Confectionery Hearts which you can swap with Shaxx for lovey-dovey Sparrows, the event bow The Vow, a nice little Beyoncé emote, and other rewards. The two Crimson Days weekly bounties give Bright Dust too.

The Crimson Days event runs until reset on February 18th. See the event page and guide for more info.

I can't believe this exact same bug struck again. What is this, Telesto?