The last two big additions on the calendar for Destiny 2's Season Of Dawn arrived today: a new final boss in The Sundial and, more practically, an easy way to farm squillions of the seasonal weapons and get your dream rolls. Saint-14 and Osiris today launched the Empyrean Restoration effort, asking Guardians to donate leftover Polarized Fractaline to help charge the Tower Obelisk so it does... something? It's like a Blue Peter appeal, except they're asking you to post them crystallised time, they don't know what'll happen, and they'll award you a gun instead of a badge.

Visit Saint-14 in the Tower from today and he'll send you on a Sundial run, where you'll face the new boss, Inotam, Oblivion's Triune. Unlike the wildly disappointing boss at the end of last season, Inotam's fight has some new bits to it. This leads to starting the Empyrean Restoration effort, which wants us to collectively dump thousands upon thousands of timegems into the Tower Obelisk to charge it up.

"But Alice," you say, "I need my timegems to buy Timelost Weapon Frames and get those neat new seasonal guns." You do, that's true, but donations help with those. For every 100 Fractaline you donate, all frame bounties in your inventory will gain 25% progress. 400 timegems = four finished guns. Donating is a way to blitz through frame bounties without having to go out and actually, y'know, complete their objectives. You might not want to spaff all your crystals away just yet, mind.

Every week on reset Tuesday (once you've completed the short, one-off Empyrean quest), the Tower Obelisk will pay you timegems equal to the 'Resonance Power' of all your Obelisks. That's 100x their combined levels. So! If you put your timegems into upgrading Obelisks right now, next week you'll get even more back, and the week after that, and so on. Technically the min-maxing thing to do is not donate any timegems this week or the next, just dump them straight into upgrading Obelisks so you get a larger return across the rest of the season. Then in a fortnight, start donating and ploughing through those frames. But mate come on, live a little, at least treat yourself to a few new guns. 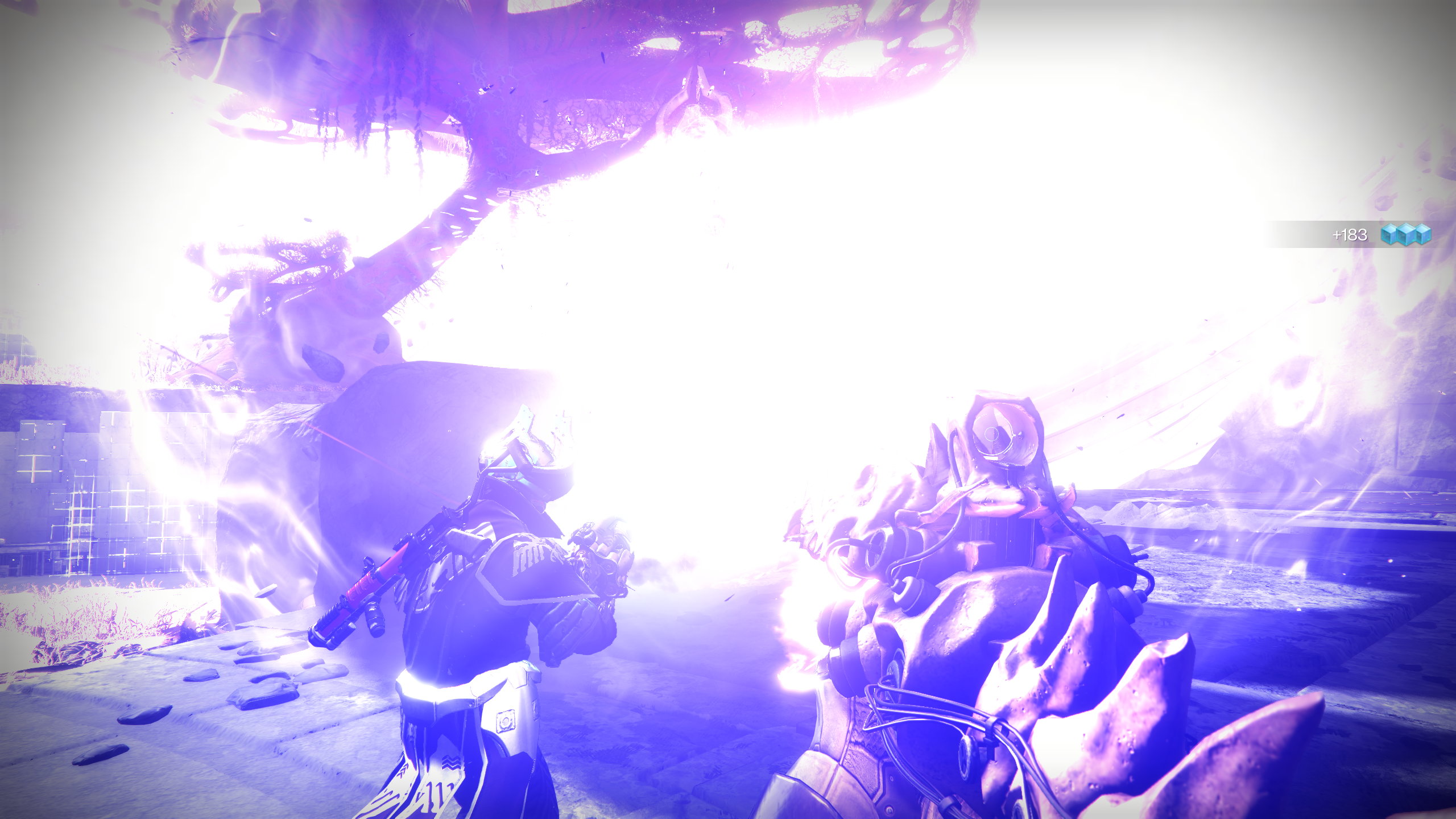 Donating at least 5000 timegems will get you a triumph for the seasonal title as well as a new emblem tracking your donations. Bungie have set communal targets for donations too, with a brand new shader coming at the very given. Given that the seasonal title requires completion of that goal, Bungie will surely set targets we can hit rather than risk everyone being blocked from getting it. See Bungie's post for more specifics on the Empyrean effort.

If you don't know where to start with Timelost frames, by the way, I have a few recommendations. Breachlight, the sleek sidearm, is monstrous with Demolitionist and Vorpal Weapon. Jack King Queen 3 is a cracking little 150rpm hand cannon, and I'm very happy with a Snapshot one for PvP plus a daft Demolitionist & Dragonfly model exploding everything in PvE. Perfect Paradox, Saint-14's signature shotgun, is a lark with Demolitionist and Trench Barrel. An Elatha FR4 fusion rifle with Quickdraw and Backup Plan is a hell of a backup plan. But hell, go wild, try everything. Weapon choice is a matter of preference for most of Destiny and we're hardly short on time or timegems.

Season Of Dawn's calendar isn't now empty now, mind. Ye olde Valentine's Day PvP event, Crimson Days, will return February 11-18th. We've not seen the last of Iron Banner for the season either. But for new Dawn-specific things, Inotam and the Empyrean Foundation are the end unless Bungie have surprises planned. Beyond that, Bungie haven't even formally announced the name of the next season, which should start in March.

Leaks, datamining, and rumours have some fairly well-informed guesses about what's coming, mind.

Scuttlebutt is that next season will bring back Trials Of Osiris, a PvP mode which hasn't been seen since August 2017. As much as I think Crucible needs more care and attention, I'd be surprised if Trials are the main part of the season - or at least Trials in their previous state. Trials were notorious for being grotesquely sweaty and I can't see Bungie focusing a season on such a small proportion of players. But I suppose there was that whole season of Gambit Prime. Hmm!