This is the final weekend of Destiny 2's Solstice Of Heroes, an annual summer event which celebrates how great we are by levitating a slice of city into the sky to host a special event mode. This European Aerial Zone is a fantastic level, full of pathways bouncing across rooftops and burrowing deep into labyrinthine buildings - a type of space we don't see much in Destiny. I gushed about the EAZ last year and feel the same now but god, this wonderful space is still wasted on a humdrum event mode.

We're sent into the EAZ with five minutes on the timer to run around finding and killing bosses. They might be high on a tower block, low in a rusting factory, on some level of a car park, deep in a shopping complex, or just hanging out on a floating rock. When the time runs out, a big final boss drops in. Ultimately, one treasure chest will spawn somewhere for each miniboss you killed, with a short timer to find and open them. Destiny's movement is a mechanical joy and getting to parkour across a few city blocks really is nice, going up and down and through and over to hunt bosses and chests. But the novelty of the mode wears off quickly, not helped by the rewards being so bad. 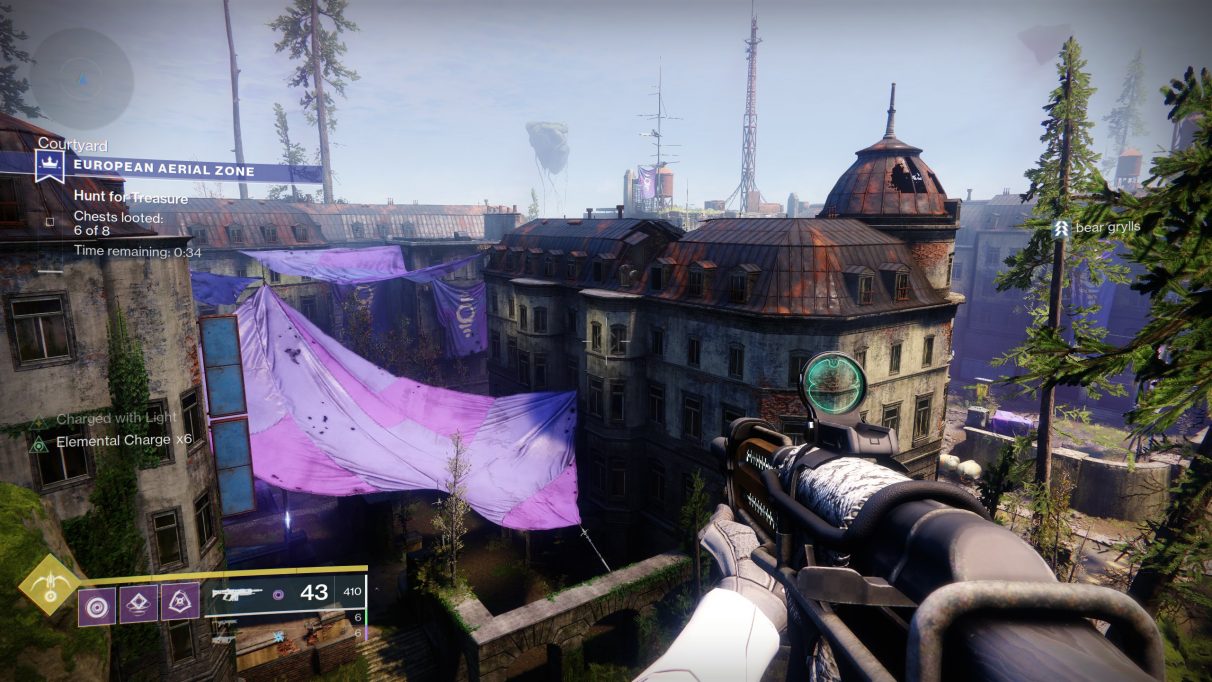 A special set of event armour is tied to a quest chain which passes through the EAZ, and at its highest level it emits a lovely white glow. That's nice. But treasure chests aren't guaranteed to drop Solstice Packages, and Solstice Packages have only a small chance of awarding Solstice armour (about 30%, going by the numbers of a player who opened 1000), and Solstice armour has only a small chance of rolling good stats. You'll mostly get a load of junk Blues and Purples, which frankly feel patronising. I'm not hungry for hot rolls, I'm sick of the whole thing. Given that this season makes it easy to farm armour with Umbral Engrams, I do not know why the EAZ is so stingy with its clobber. And especially because a slightly gaudy elemental variant of the Solstice armour can be bought as an ornament for Bright Dust or real money and worn over any gear. So what's the point. 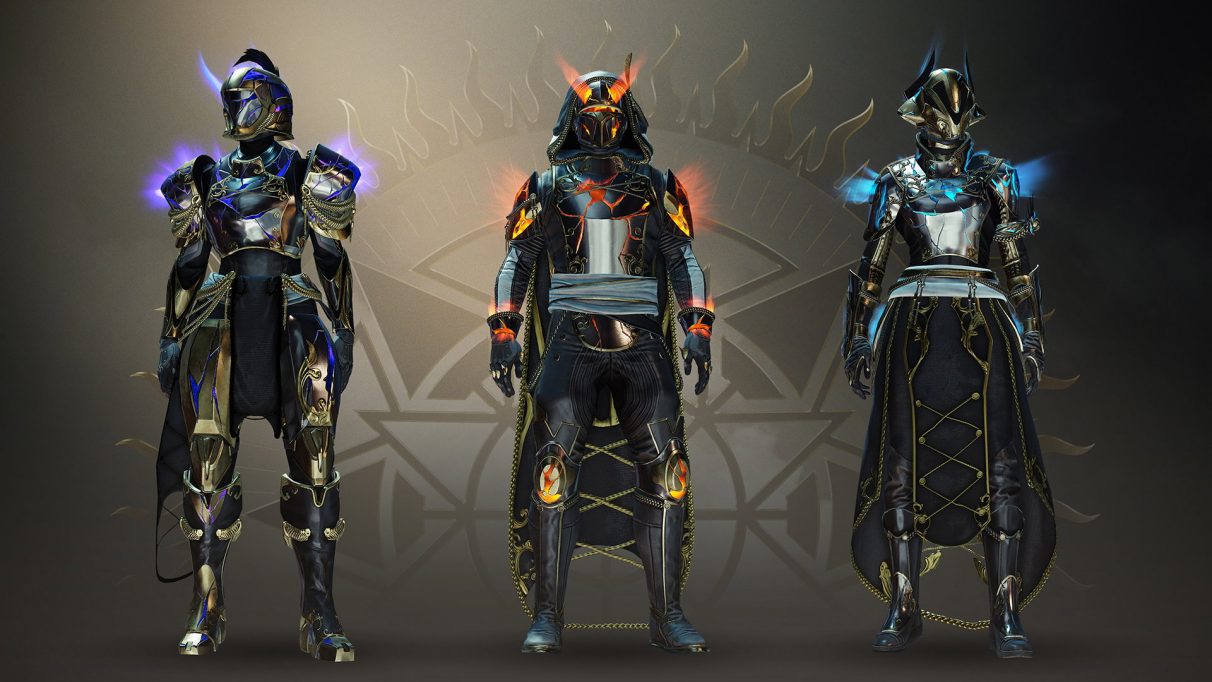 It's such a shame because I really do adore the EAZ as a level. But with the repetitive mode and poor rewards, I've barely visited it this year. Still, I suppose I should be thankful that the Solstice armour quest has less loathsome grinding than in 2019. That was a waste of the level and a chore, then when the Armour 2.0 system launched we got crap rolls on the armour. Yes, yes okay the Solstice Of Heroes experience is much better this time. Maybe next year it'll even be worthy of this wonderful floating parkour fightland.

Solstice Of Heroes will end next Tuesday, the 8th of September.

Bungie have started revealing more of the new Stasis subclasses coming with the Beyond Light expansion in November, so far showing off the Warlock Shadebinder and Titan Behemoth's chilling powers. Sadly, they have not answered my plea to explain how transmogrification will work in or give me more vault space for fashion.