Every weekend, mysterious tentacle-faced merchant Xur pops up in a corner of Destiny 2 selling a selection of Exotic gear. For the past eight months, his stock has been a bit rubbish. He's sold fixed armour rolls with bad stats, see, which are useful if you don't have the item at all but worse than any random drop. Good news: Xur has started selling armour with new, better rolls, making him again worth visiting even if you have it all.

Xur has been selling fixed rolls since the launch of the Armour 2.0 system with Shadowkeep in October 2019. While his random Exotic Engram gives random rolls, his regular stock had the same stats as gear you pull from Collections - about 46-52 points in total. Now he's selling some good stuff, up in the 60s. It's not yet clear whether the rolls are random, and gear will have different stats each time he stocks it, or if he just has better fixed rolls. Either way, he's worth visiting again. Please, please don't be a bug.

This week, you'll find Xur on Calus's barge in Watcher's Grave on Nessus. Hunters can grab a 62-total Raiden Flux, the chestpiece which boosts Arc Staff's damage and duration on rapid successive hits. Titans get a 62 roll (including 20 Recovery) on Synthoceps, the arms inhabited by symbiotic organisms which buff melee range and damage and give you alarming glowing veins. And Warlocks can get 60 stats on Promethium Spur, the trousers which spawn Healing and Empowering Rifts under enemies killed by Daybreak. Promethiums are a bit of a novelty but Raiden Flux is solid if you use Arc Staff and Synthoceps are a good neutral Exotic pick for Titans. 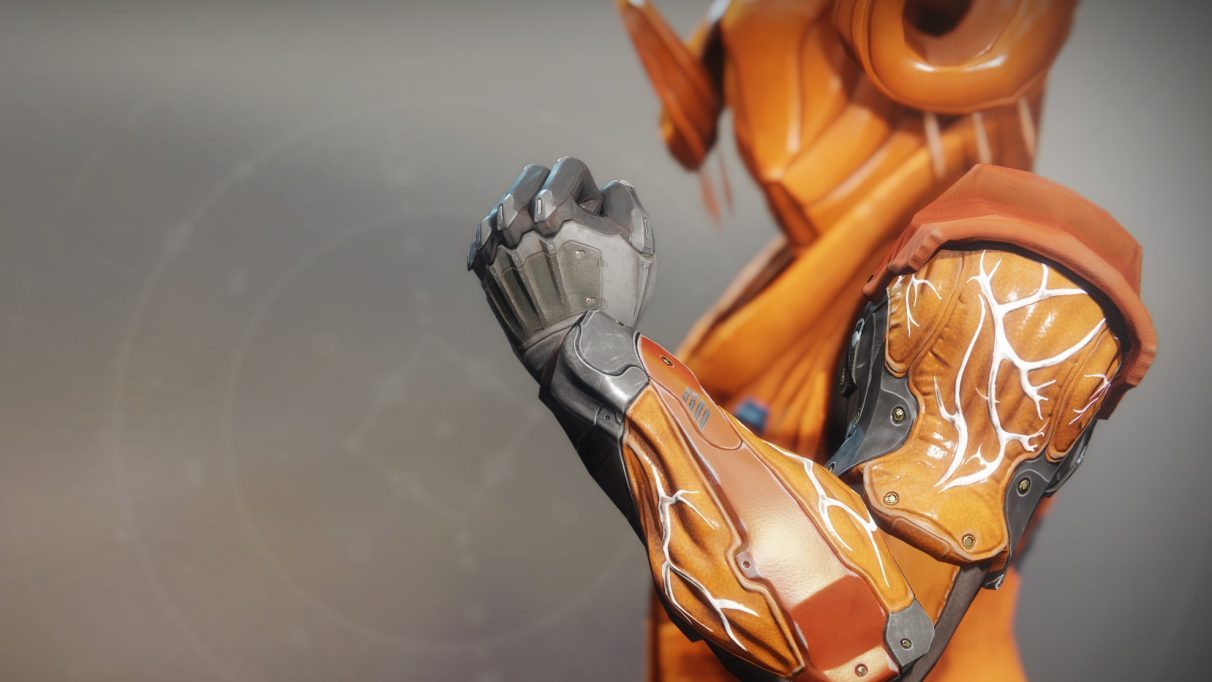 The rolls aren't super-amazing but they're sure better than what he's been selling. Maybe, one day, I'll get the decent St0mp-EE5 roll which has eluded me. Somehow I've been stuck with a pair pulled from Collections for eight months, which pains me as a Hunter main.

A whole cottage industry has sprung up around answering the Googled search "Where is Xur?" so hey, you can consult sites like whereisxur.com and wherethefuckisxur.com on future weekends.

In less good news this weekend, Trials Of Osiris has been temporarily disabled. Bungie say it's suffering "an issue where players are unable to visit the Lighthouse after completing a Flawless Trials Passage," and they're investigating. They previously said that Trials took so long to return because they didn't the hardcore PvP mode to be "half-baked" but it's hard not to see it that way.

I do like Destiny 2's new season so far, mind. I'm very keen to get into the new dungeon when all this notE3 calms down. And I'm glad the story is finally going somewhere, ahead of the next expansion, Beyond Light.