The first mistake I made when I sat down to speak with Andie 'CCP Seagull' Nordgren, the executive producer of EVE Online, was referring to the changes in the upcoming 'Into the Abyss' expansion as "single player".

Into The Abyss does so much that is unfamiliar in EVE, from intentionally abbreviated play sessions in isolated areas, to a narrative thrust that's unlike the player-driven stories that have made the game infamous. We spoke to the creators and players alike to get their thoughts on the changes that are coming.

First, let's tackle that distinction between single player and solo players, as the changes in question concern the addition of 'Abyssal Deadspace' to the sci-fi MMO. The new mechanic puts the focus on individual players, without totally removing them from the wider EVE universe. Abyssal regions are small pocket dimensions of bubbled space, which players will traverse through linked wormholes, and they are initially accessed through unstable gateways – hence only allowing one ship in at a time. Those single ships still need to get to and from those entry points though, and risk other players stealing the rare items they may have found inside, which include new ship schematics and biotech mutaplasmids which can evolve existing technology.

While 'Into the Abyss' won't be the only way to play EVE Online solo – Nordgren says "about half" of players currently don't join up with corporations or teams in the game, instead completing missions and chasing the in-game currency of ISK independently – it is the first time CCP Games has introduced content dedicated for focused, solo play. Dives into Abyssal Deadspace are set to take around 20 minutes, and they're intended for players to jump into for shorter gaming sessions.

"I think we're aware that some of the PvE content in the game is not super modern. There's part of us that just wants to explore, and make better content," Nordgren says. "There's also a wish to make gameplay where we cut the prep time a little bit, and by not having it quite so open-ended, you have some predictability. Not from the content itself, but that you know you might be able to sit down over lunch, dive into one of these Abyssal Deadspace pockets and come out. You have a reasonable idea of how long it's going to take, as opposed to undocking more in general to find a fight or do a mission that might take longer, or a bigger [fleet] battle that needs to be planned."

I suggest that this all sounds a lot like bringing dungeon raids to EVE Online – set instances where players know roughly what to expect when they're going in.

"In some ways, a little bit, but also not," Nordgren says. "It's very difficult to compare. It doesn't divorce you from the rest of the game. You're not going to sit in a lobby, and then magically get transported to this raid, and then come back to the lobby. That's not how EVE Online works. Even if one layer of the experience has strong similarities, the rest of the layers are very different, and that means the experience as a totality does not map directly to a raid."

Player reaction to the new content is mixed, but overall leans towards positive. Matthew 'Suitonia' Dance, a member of EVE's Council of Stellar Management – an elected body of player representatives, who liaise between the wider player base and CCP's devs – tells me he thinks it's "pretty cool".

"One of the biggest problems with EVE, and one of the biggest complaints as well, is that it's really hard to just log in and play 20 minutes," Dance says. "The [new] content itself is single player only, and I know that's going to disappoint a few people in EVE, but there's a lot of cool stuff coming that's going to affect the wider sandbox – the market, the new modules, have a lot of potential to do weird and crazy stuff."

Steve Ronuken, a four-year veteran of the CSM, is more cautious, saying "I'm in two minds about this stuff. I like the concept that there are things you can do which are relatively short duration – you can go out, do something, and then you're done. The safety aspect of it, I think there's still some work to be done. It needs to be less safe, but exactly how you [do that] is an interesting balancing act."

Ronuken also expects to see players spawn camping around entry points to Abyssal Deadspace, preying on the solo ships that emerge. "I do expect that to happen. I think it's a good thing. PvP depends on having people to shoot [...] there are things you'll be able to do to help mitigate it, but you'll never be able to remove it completely and you never should be able to. Risk is important." 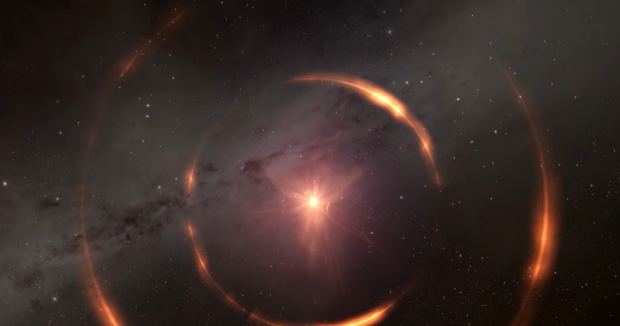 The common complaint from both player reps is that Abyssal Deadspace is – at least when it's launched next month – only for solo excursions. There's a real hunger for the shorter, time-specific missions that Into the Abyss brings, but to also be able to play them with friends. Ronuken would like to see it "expanded so you can take more people in," though acknowledges "balancing for one person is a lot easier than balancing for a fleet," while Dance adds "I do wish they did some kind of multiplayer content. Maybe they can do five-man sides, or sides that don't have any limit."

EVE players who share their views may have something to look forward to. "A huge part of making this new content, for us, is to give us space where we can do different things," Nordgren says, "[but] it doesn't mean this has to be solo forever – we are going to toy with this new space in many different ways."

"It's impossible for us to do this kind of experience and environment, and more tight-knit kinds of PvE challenge where you actually have to pilot and make decisions, in 'normal' space," she continues. "To create something that's actually new in EVE Online, we have to break out of some of the mold of the current mechanics. This can be difficult for people to really grasp, because I think we assume today 'hey, it's a digital game, you can just do anything' but in actual fact there are some hardcore technical and UX constraints. It's a big choice [just] what kind of camera you have in your game! It transforms the game experience. That's a lot of where we're coming from."

Into the Abyss is also unusually lore driven for EVE Online, which is better known for players telling their own stories through emergent experiences than through direct narrative instruction. Starting around February, players have been spotting unknown, heavily damaged ships in the game, referred to as drifters. The mystery surrounding their origins has fuelled Reddit chatter since, but the new expansion reveals far more.

Abyssal Deadspace is home to a new faction, known as the Triglavian Collective, which will prove the main threat as players advance through their domain, as well as seeding further questions about who they are and how they got there in the first place. With the Triglavians sporting never-before-seen weaponry, divergent technological evolution from the rest of EVE's cultures, and the sinister question of what they want, EVE Online could be getting a whole lot more story focussed.

"Now that we're trying to specifically create new PvE content in EVE Online, that's also a better canvas for really working with the lore," Nordgren says. "I think that we've always had that layer of lore in different amounts, but the way we see it is that the job of the universe is to put you in a rich and interesting environment. [This] validates people spending their time with this universe because it feels real, it feels like there's something to discover."

The deeper lore, single-player – sorry, solo – content, and strange new technology that Into the Abyss will introduce could be the biggest changes EVE Online has seen in its 15-year history. CCP walks a razor's edge, given its dedicated and highly vocal player base who can vociferously reject the slightest change it doesn't like, but making the game more accessible for those not wanting to put hours in every time they boot it up, while also enriching the universe's mythology sounds like a net positive for the game's future.