While ostensibly a subscription-based World Of Warcraft-alike, Final Fantasy XIV is secretly the biggest and probably best-written JRPG out there. It has made me cry over a bizarro-world Chocobo, and now features one of my favourite RPG villains ever. It has held my attention for five hundred hours, and it's updated more regularly than any comparable game I can think of.

It's recently received another hefty update with the Shadowbringers expansion. But with everyone else so far ahead, is it worth starting six years after the game's rebirth and re-launch? I think so, yeah.

"But how will I understand anything if this is the fourteenth game?" I hear you, who have not played the full series, hypothetically ask. "Ah, my sweet summer Chocobo, there's probably a hundred Final Fantasies, but that doesn't matter", I reply, and swiftly abandon this gimmick. Chocobos are giant canaries you can ride like horses, Morbols are awful monsters that hit you with every status ailment at once, and there's an engineer named Cid. These are familiar elements to FF fans, although its world is a patchwork of callbacks and references, in FFXIV they are self-contained and part the game's separate story.

Luckily for solitary beasts like me, no friends, guilds or talking are needed to play FFXIV. As is standard for MMORPGs these days, you can get through most of it solo, with the exceptions of dungeons and major boss fights, and there's automated matchmaking for those. Also standard is that Tanks or Healers find parties faster, but you'll seldom wait more than a few minutes whatever your class. High-level players also earn rewards for playing low-level dungeons, and their stats are scaled down so they don't ruin it for newbies. 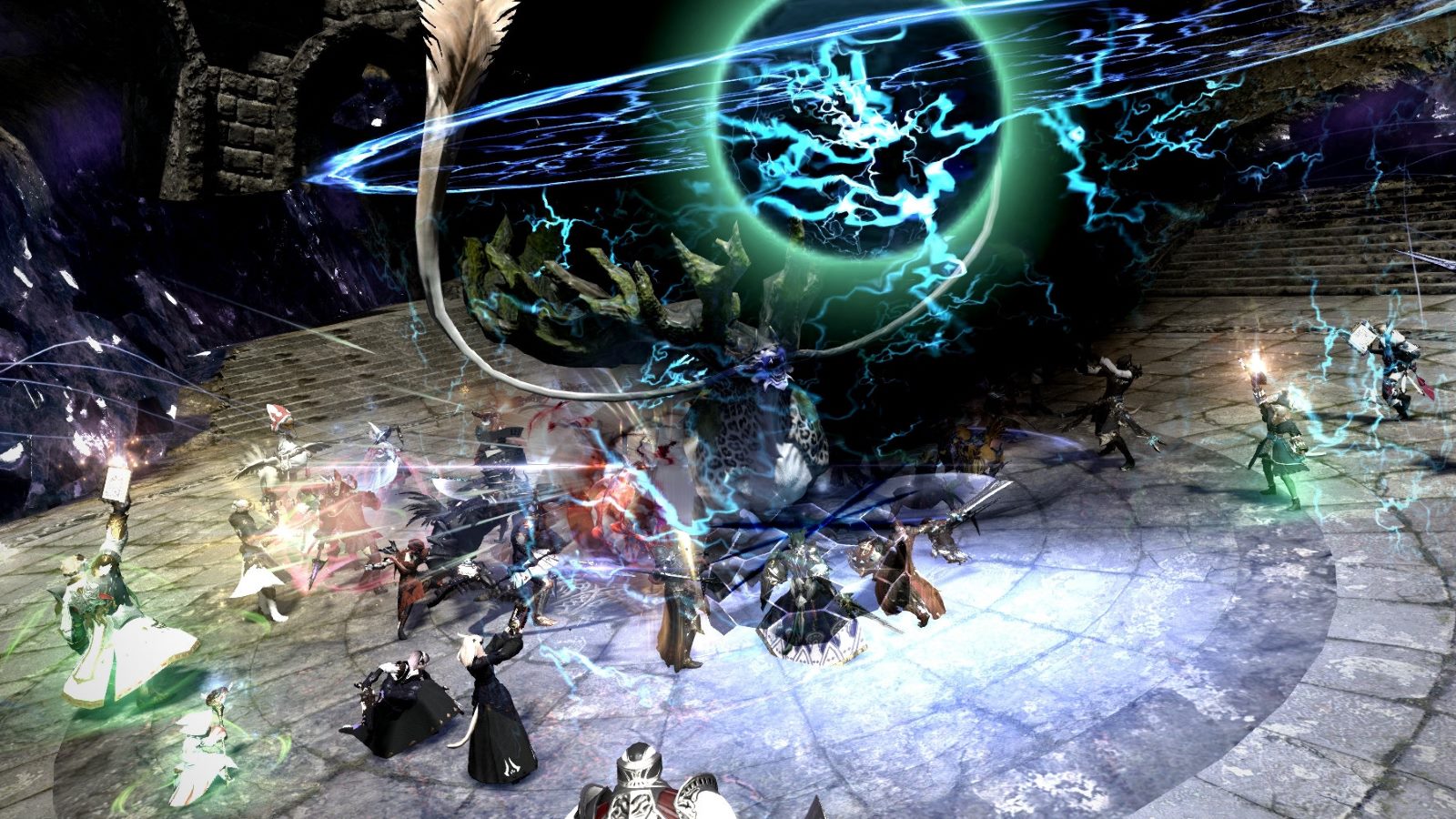 If you're one of the newbies, even to the genre, then that's fine too. FFXIV teaches everything from fundamental concepts, from movement to party dynamics. The gentle ramp-up does have its issues if you're an MMO veteran, though, as it can be slow going, mechanically and narratively. Some suggest buying a microtransaction item to skip past the story of A Realm Reborn (the 2013 base game), boost your character level and jump into the first expansion. They're wrong, though.

Part of why FFXIV is so good is because it never forgets. Even when you're doing busywork early on, it's actually stealthily introducing characters who crop up later. A minor NPC becomes a great hero. A seemingly pointless aside about a kingdom's political structure ends up vital when heroic action fails. Some side-stories even unlock new dialogue options hundreds of hours later when their events reconnect to the main story. If you skip the early parts, you'll miss out on all of that. 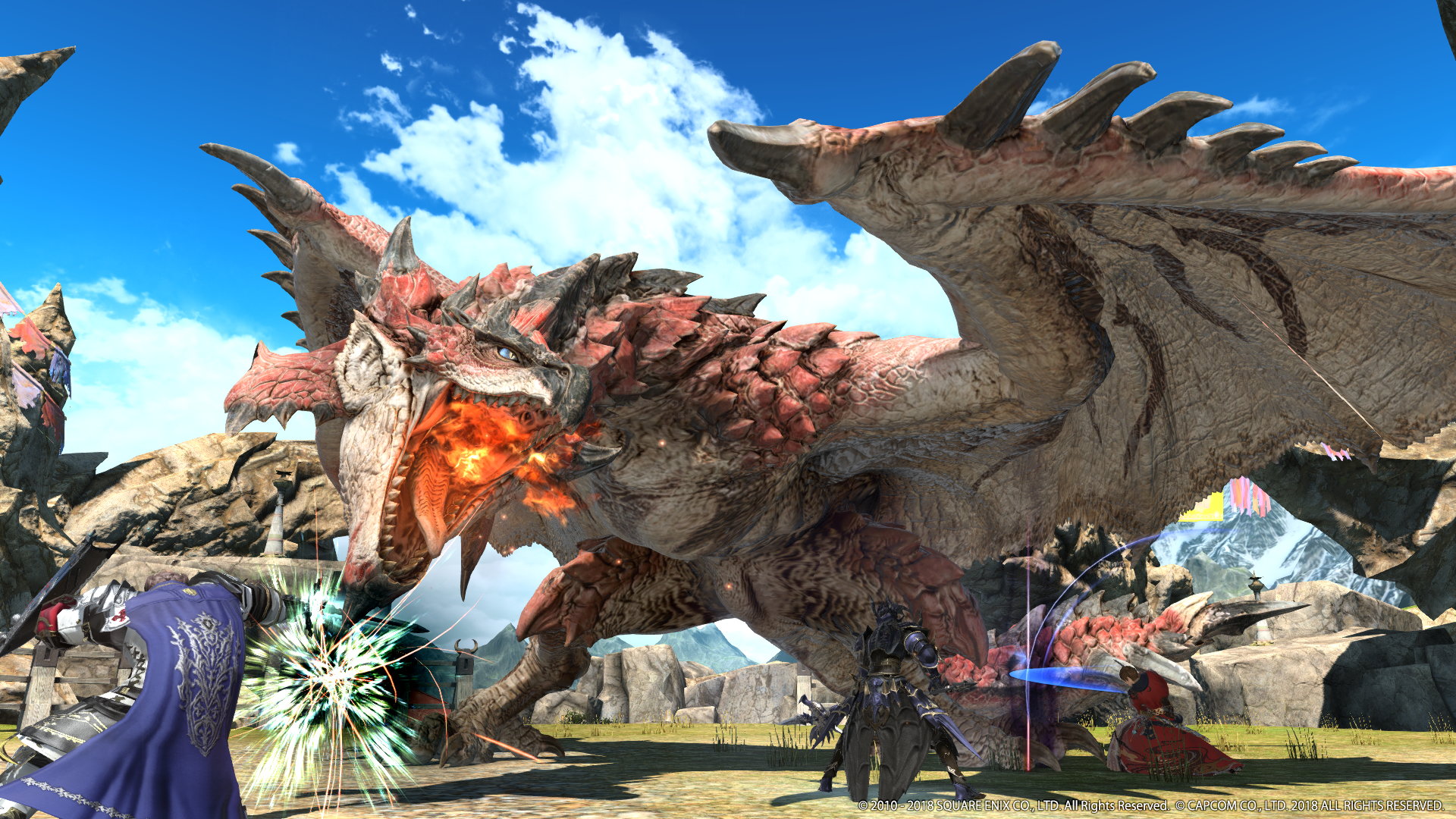 All that sounds nice if you're new, but if you played A Realm Reborn at launch and then lost interest, you may be wondering what all the fuss is about. At first glance, the game hasn't changed much. It's fractionally prettier, the UI is cleaner, and they've streamlined some features. Cross-class skills are a thing of the past, stat min-maxing is nixed and the useless 'TP' gauge is gone. Everyone also looks fancier thanks to the Glamour system allowing you to save outfits and override whatever mismatched adventuring gear you're wearing.

The real reason to return is the mountain of new stuff to climb, and it's what really makes FFXIV different compared to lofty peers like World Of Warcraft, which has had 15 years to perfect it's formula. A Realm Reborn launched online in 2013, and Square Enix have updated the game like clockwork since then. Every four months (give or take a week or two), an episodic mini-expansion lands. A season of five of these adds twenty hours of main plot, six raids, a dozen dungeons and swathes of extra stuff, like the Monster Hunter crossover pictured above. Each season bridges the gap to the next expansion, diving deeper into the regions introduced in the previous one.

The major expansions, every two years, are even chunkier. Heavensward, Stormblood and now Shadowbringers each add new areas with another 50-odd hours of story, a fistful of dungeons, and new trial bosses. Then the credits roll, and you're set for a new season of updates.

Another key difference, as I see it, is the writing. Many other MMOs offer a threadbare main story and then repeatable activities to grind on until the next update. FFXIV does have those, but the story forms the core, rather than a framework to force the grind.

While Final Fantasy XIV offers yer standard loot to hoard, outfits to collect and numbers to increase, it's the writing -- both its broad strokes and the finer points of a brilliant localisation -- that keeps me and many others coming back (although I realise many MMO fans will tell you the same thing about their poison of choice). The story is a high fantasy epic, and even within the free trial, your adventures escalate to god-slaying scale well before you hit the level cap, yet it never loses focus on regular, non-god-punching folk. 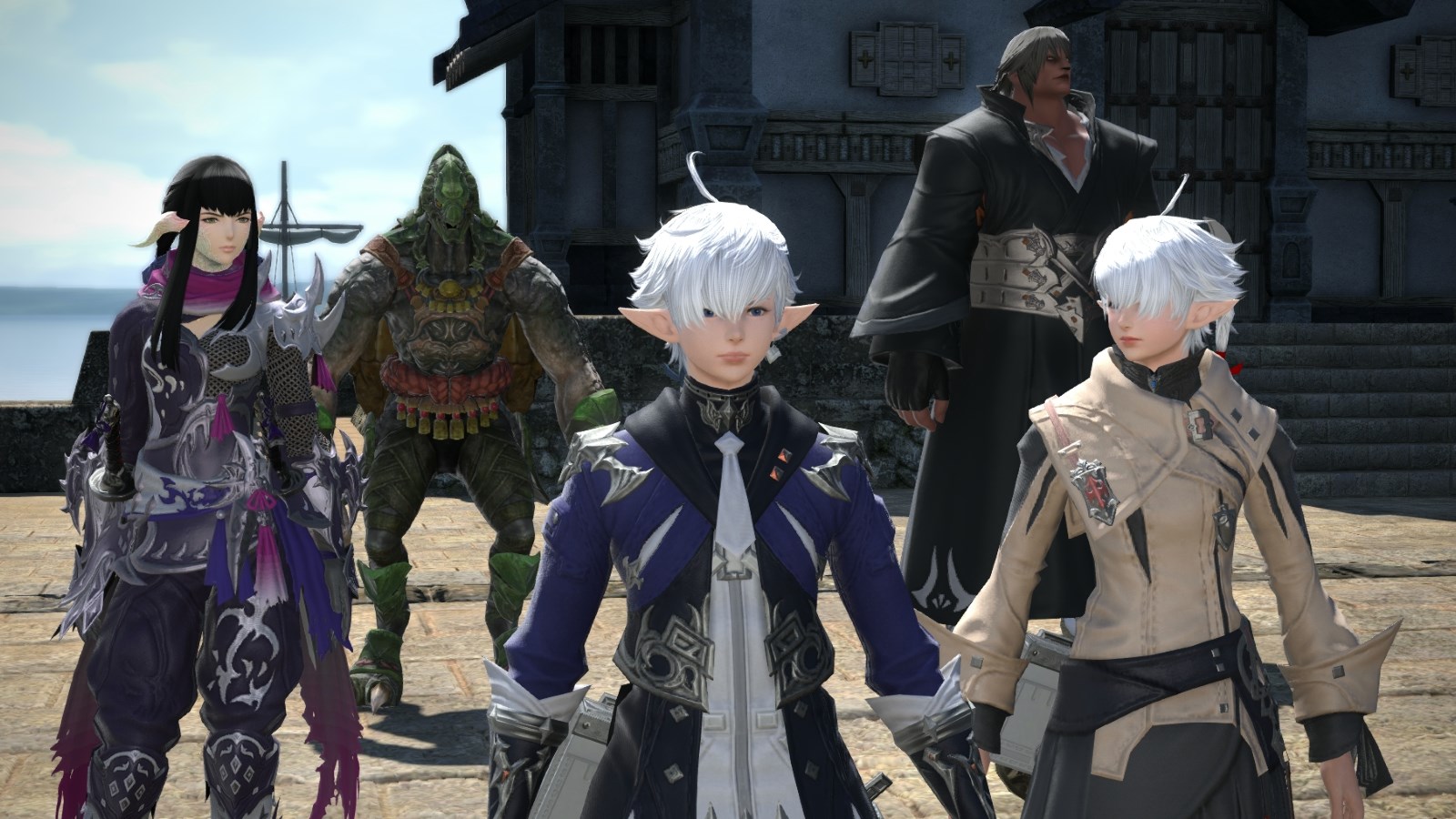 While you might be called to action when a 'beast tribe' reincarnate their god, for example, less time is spent on fighting it than figuring out the reasons why they did it. It could tie into centuries of geopolitical upheaval, or it could be the tragic story of a mourning parent, but it's never simple or clean-cut. It's political, human, anti-imperialist stuff for the most part, carried by clever and poignant personal moments.

Still, I won't lie; it takes time for the game to build up to emotional peaks. As with Love Island, or indeed most Final Fantasy games, this is a story you need to commit time to, to get the most out of it. That early story could do with a trim, but it's still worth playing, and there been rumblings that the developers want to give it a bit of a makeover anyway. There's a huge amount to explore and do outside the main story too, and thankfully you can switch between every class, job and crafting discipline without a penaltyf.

Hundreds of hours later, when you're finally out of story to unravel, the 'endgame' begins. If you've played an MMO before then you know the deal: it's mostly levelling up new classes and repeating dungeons, raids and trial bosses. There are outfits and mounts to be unlocked, and the Blue Mage, a bonus class that's a mini-game unto itself. If you're just looking to mindlessly grind out levels, The Palace Of The Dead is a hundred-floor roguelike dungeon that's great for learning new classes.

There's also PvP, including a 48-player MOBA, a massive casino full of minigames and a set of 'exploration' zones aimed at guilds. It can be a very social game if you want - a way to chill with friends, putter about, chat and just do things at your own pace. Gregarious players can easily find themselves a community, but you can just as easily unsubscribe and wait for the next season, dipping in and out.

There's still so much I've barely touched on. The music is a collection of hundreds of bangers, courtesy of Masayoshi Soken and in-house band The Primals. The script is almost entirely in Ye Olde Fantasy Englishe, but somehow pulls it off. It's a lot ruder than any other Final Fantasy, with some positively foul language and dirty jokes in there. Side quest names are an RPS-worthy parade of puns, musical allusions and Simpsons references. And yes, a Chocobo that made me cry.