The Witcher’s spin-off card game Gwent will be bringing out a monster themed expansion called Crimson Curse at the end of this month. They’re teasing it now with a trailer full of blood: blood magic, blood moons, and a very enthusiastic looking vampire. Also, a prominent moth motif, because those winged wretches can be just as ominous as the teeth and claws everywhere else. You can check it out below.

“We’ve awaited for this far too long, hunted by those who live in comfort and opulence. No more,” says the enigmatic, sanguine-obsessed Dettlaff. Sounds like fancy talk for ‘eat the rich,’ to me.

You’ll be able to get your fangs into your opponents with the on-theme Bleed effect, which will drain them every turn. “Some monsters coordinate together, Bonding in battle to create greater effects,” adds the expansion’s update, “such as deeper wounds that bleed longer.” I love that spirit of cooperation.

There’s a handful of other new keywords too, as Dominic explained when the expansion was announced. “This is going to end badly for everyone,” he wrote.

I haven’t played Gwent, but my expert opinion is that Thaw must be the best new card, because I love snowdrops. It’ll also “clear all row effects from your side and boost an allied unit by 4. For every row effect cleared, decrease the boost by 2.” Dryad’s Caress is a close second because it features a friend, that I would like to pet. They will “give an allied unit Vitality for 6 turns. If you control a Dryad, Purify that unit first.” Good dog. 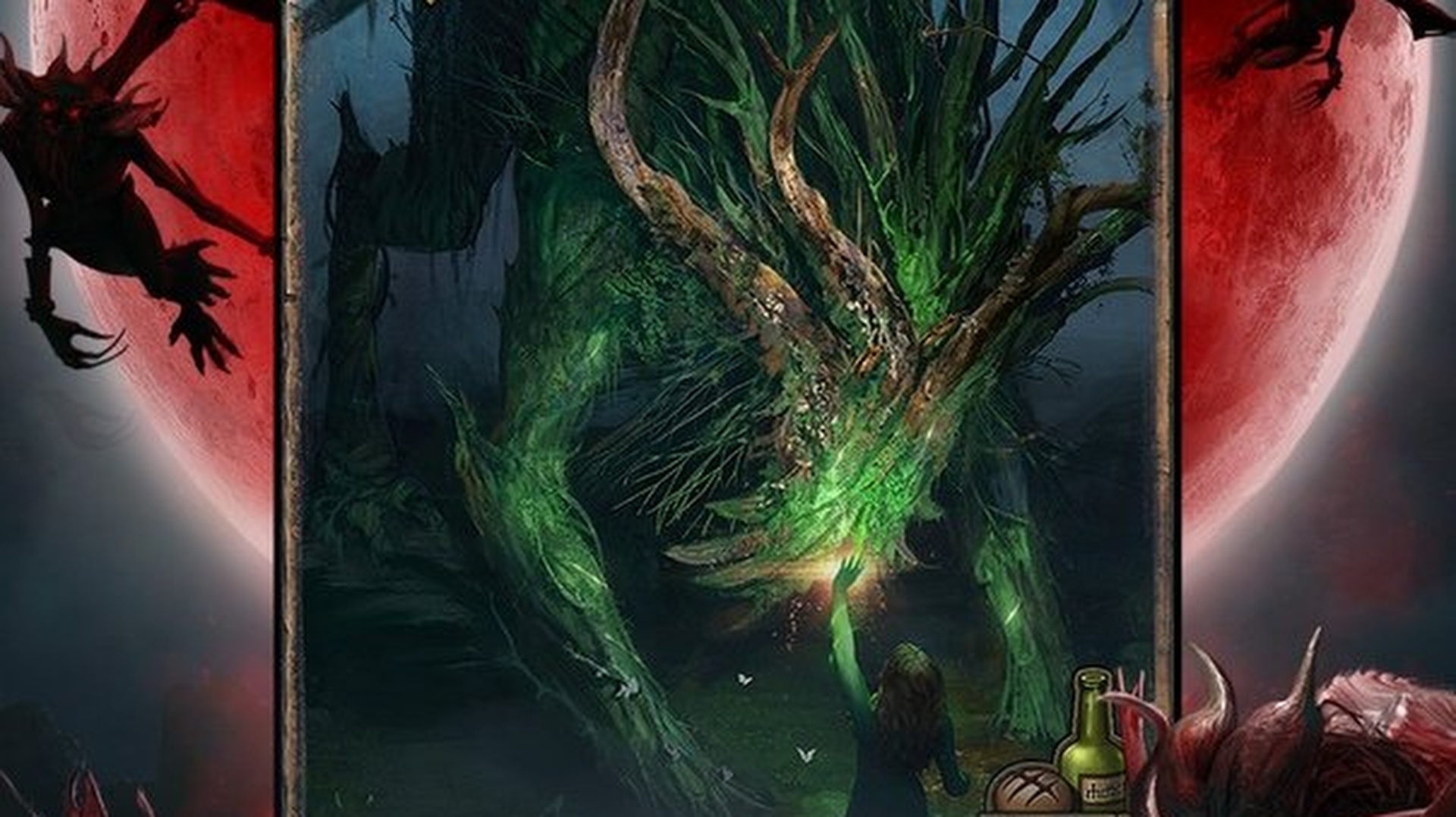 Gwent: Crimson Curse will be out on Thursday, March 28th. You can see most of the 100+ upcoming cards on their website, where more will be uncovered as the date approaches.