I really like Hades, Supergiant Games’ early access roguelite. It’s a bit of a surprise – “early access” and “roguelite” are never usually descriptions that I seek out when I’m choosing what to play. Even more surprising, then, that it’s exactly those two things that I really appreciate about the game. Let me explain.

Sure, I could bang on about the writing in Hades; about how much I like the characters and how cleverly they’re adapted from mythology (and I have). I could give you paragraphs on how you play the thing, or at least make a few good jokes, but luckily Steve Hogarty’s covered both of those for me in his Premature Evaluation on the game.

This is not a revolutionary concept. Indeed, if you, dear reader, have ever played an early access game before, you’re probably wondering how I’ve only just figured this out. But I’m hard-pressed to come up with another time I’ve picked up a game before it’s 1.0 release. Pretty much the only game I play that is regularly updated at all is Overwatch, and they keep making that worse.

But when I descended back into Tartarus this week, my run lead me to Elysium, the gorgeous afterlife of champions that’s only recently been added to the game. They’ve also overhauled the dash, a mechanic I lean on heavily, and shifted things around in how you can stack-n-switch the divinely appointed upgrades that’ll help you on your way. It's a new experience for me to have a reason to go back to a game after a break; usually putting something down for even a few days is a good sign that I'm not going to be picking it back up again. 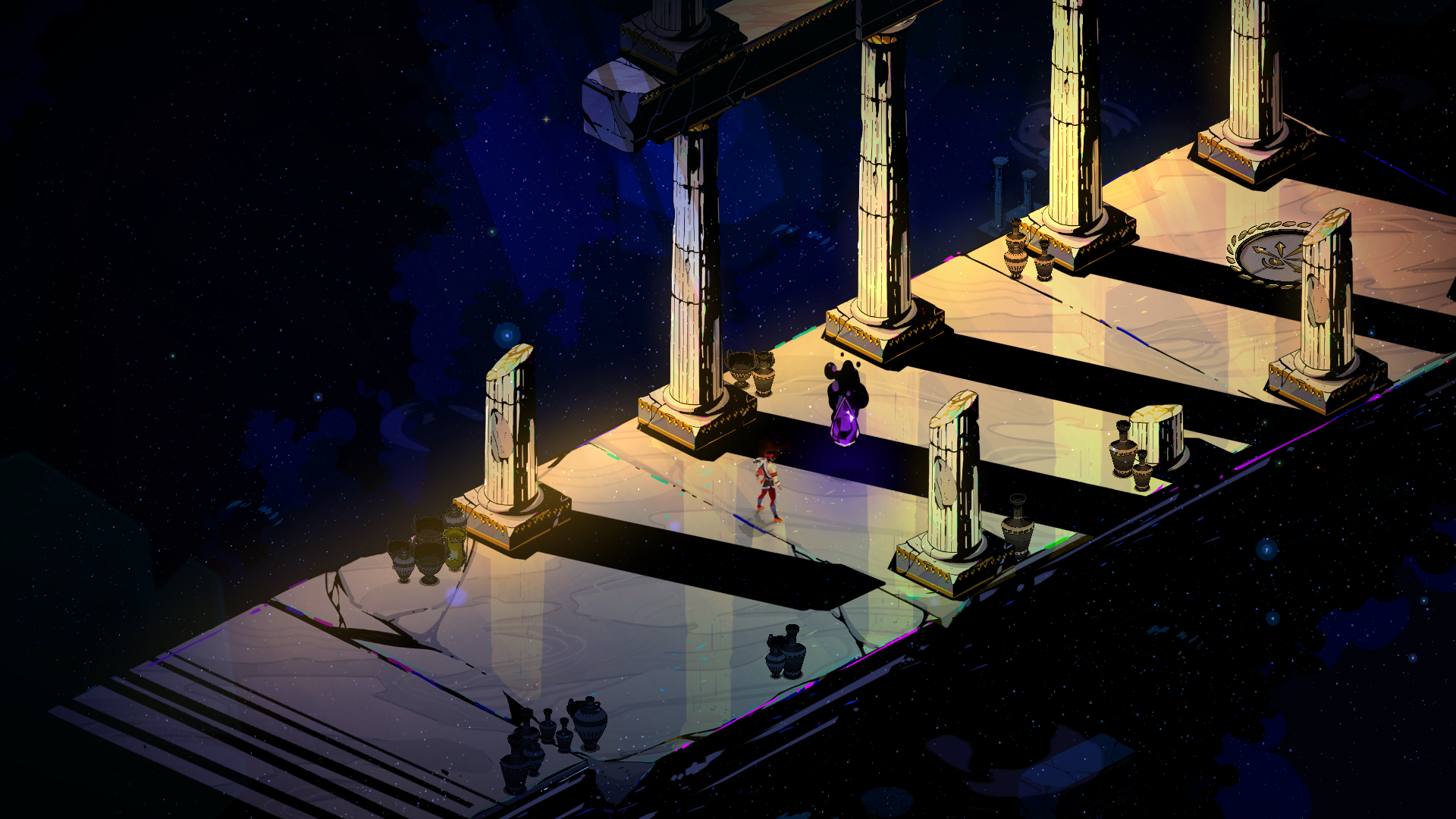 It helps that playing Hades is somehow like riding a bike. I expected to be rusty at first, but actually played my two best runs to date right away. I couldn’t tell you exactly how Supergiant does this – game development is basically witchcraft – but it definitely helps that our buddy Zag is stronger every time I go back, thanks to it being a roguelite. I get to spend all those amethysts I've collected in the halls of hell on upgrades that make him hit harder, or have more health, so I’m not starting over even if it's been a while.

It also removes the pressure from runs. It doesn’t matter whether or not I escape this time, because at least I’m still progressing. It takes away much of the pressure during, and disappointment afterwards. But again, this isn’t a new concept. It’s just new to me.

And yet, as much as I appreciate the constant improvements of Hades’ early access, or how its roguelite structure is both thematically and mechanically satisfying, I would never have known that unless Supergiant had persuaded me into overlooking the fact that I “don’t play” those kinds of games by packaging it in this gorgeous-looking, story- and character-driven exterior. So now I'm wondering what else I should experiment with, whether I've bounced off it before or simply never given it a fair shot.

It would be remiss of me not to shout out Even The Ocean here, which gave me a similar push when I played and enjoyed it a couple of months ago despite possibly never liking a platformer before that. But when I next pick up something that I would previously have automatically counted out, it’ll be the thought of finding my next Hades that pushes me through the inevitable trial and error that’ll ensue.