Symmetra has always been a bit of an odd-hero-out among Overwatch’s roster of characters. She was the only support character not capable of healing her teammates, leaving players unsure of what her role was. Despite a previous rework, she was rarely played. At lower levels she was sometimes chosen in very specific situations, usually as the first point of defence on certain maps, but her pick rate plummeted the further up the rankings you went. In the Overwatch League, she was the only hero to never be played at all.

Yet she was also one of the most hated characters in the game. The main point of contention was her auto-aim primary fire, which locked on to enemies within range and charged up, doing more damage over time. Players who thought the game should only reward a narrow definition of skill, hinging on aim and reflexes, became vitriolic. “No aim, no brain, Symmetra main,” became a meme, often seen in match chat whenever someone got frustrated. And that was a milder comment; when I chose her after the rework was announced (but before it was playable on the test servers), one member of the opposing team told me: “People who play Sym are f*****s and shall be executed.”

Contrast this with an accessibility review of Overwatch, created by disabled gamer Latif not long after the game’s release. “[Symmetra’s gun] just locks on to anybody who is near you – that’s amazing, I love that! I love that element of the game. When the game is so fun and you have characters that don’t even have to aim, that’s amazing, that’s innovative. I love that. This game is so good.” 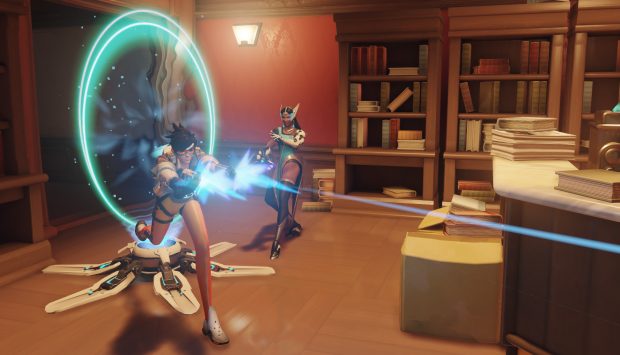 Symmetra and other heroes with unique kits were a way into the game for players of all abilities; not just disabled fans but also those who were simply less familiar with first person shooters. This appeal was one of the things that made Overwatch so successful. But Symmetra is the latest hero to be changed in a way that undermines that initial accessibility.

The key change is her primary fire, which no longer locks on to nearby enemies, instead firing in a straight beam. In short, she now requires aim. But the rest of her abilities are also made far more complex by the rework. Effectively using her new teleporter and her new ultimate ability (which generates a wall that only friendly characters can shoot through) requires a well-coordinated team, something which is very rare in quick play and lower level competitive ranks. She has only three turrets instead of six, giving her less margin for error. Her secondary fire, slow travelling orbs, have been made more important, requiring players to get the hang of both aim and predicting enemy movements. Her primary fire is also difficult to read; it’s not immediately clear how far this beam projects and doesn’t have the same obvious tell as her previous fire snapping into place.

This isn’t the first time that Blizzard have acquiesced to players who were furious about the impact that perceived “low-skill” players could still have on the game. Before Symmetra, they radically reworked Mercy in response to similar complaints. 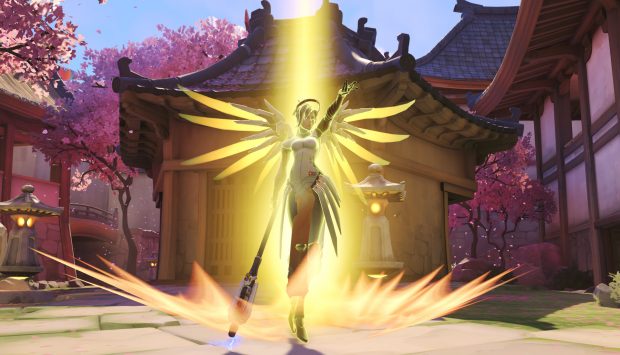 It’s not a coincidence that these two characters have been targets. Both were hated for their perceived low skill floor (despite actually requiring a lot of alternative masteries to play well, like positioning and game sense), but Winston, a tank character with a similarly auto-aiming weapon, has never been the target of aggression in the same way. Mercy and Symmetra, on the other hand, were both support heroes. The support role has been much maligned in the Overwatch community despite its necessity to the team, in large part because it’s seen as feminine. There’s a perception that women play healers (especially Mercy thanks to her “easy” kit), adding a misogynistic layer to the ableist gatekeeping already present.

Blizzard continues to make changes that vindicate these beliefs, and that do prevent some less mechanically talented players from enjoying the game and helping their team as effectively. This is not only making the game less accessible, but implying that these gatekeepers have legitimate grievances, and that complaining and even harassing players who want to choose certain heroes is both fine and an effective strategy.

Plus, these changes simply homogenise their roster. Symmetra is only the latest hero to be moved away from their earlier distinctiveness towards more straight damage-dealing, in ways that often make them overlap with pre-existing kits. Her new beam weapon is very similar to Zarya’s, and her updated secondary fire comes close to Pharah’s rockets. Not long ago, they cut tank character D.Va’s defense matrix duration in half, preventing her from blocking as much damage, and instead gave her more damage output, in the form of micro missiles that are almost identical to Soldier: 76’s helix rockets. Their justification was that nerfing her matrix without giving her a new ability would make her too weak, but also, tellingly, “far less interesting.” The “interesting” mechanic that they came up with in replacement was to deal damage. 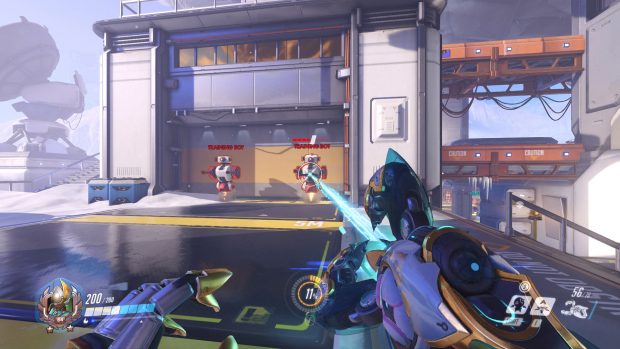 That’s not the only way in which a character can be interesting, and yet it’s the one that Blizzard continually lands on. If Symmetra had to be changed, Blizzard could have leaned further into what made her unique: being a support hero but not a healer. Instead, they moved her to the defence hero category. Then they decided that offence and defence heroes were too poorly distinguished from one another anyway, and, instead of taking steps to emphasise their differences, simply smashed them all together into a “damage” category.

It’s this steady shift that prioritises damage output over distinctive abilities that’s truly making the game less interesting. But more than that, it leaves behind players for whom those abilities were their way into the game in favour of placating gatekeepers. Symmetra is the most recent casualty of this trend, but unfortunately there’s no indication that she’ll be the last.