For small developers seeking a breakout hit in the increasingly hard to define simulation/management genre, one of the perennial silver bullet concepts is “Dwarf Fortress, but it looks nice, and people aren’t scared to play it”. Of everything on the market so far, it’s probably Rimworld that comes closest to this goal, but it had the crucial flaw of not including any dwarves.

As such, the race is still on to produce a pretty, user-friendly dwarf-’em-up, and I’m emailed probably once a week by a developer with one in the works. For the most part, I’m skeptical - after all, I love the original DF like a cowboy loves his horse - but this week, I received some images that genuinely turned my head. 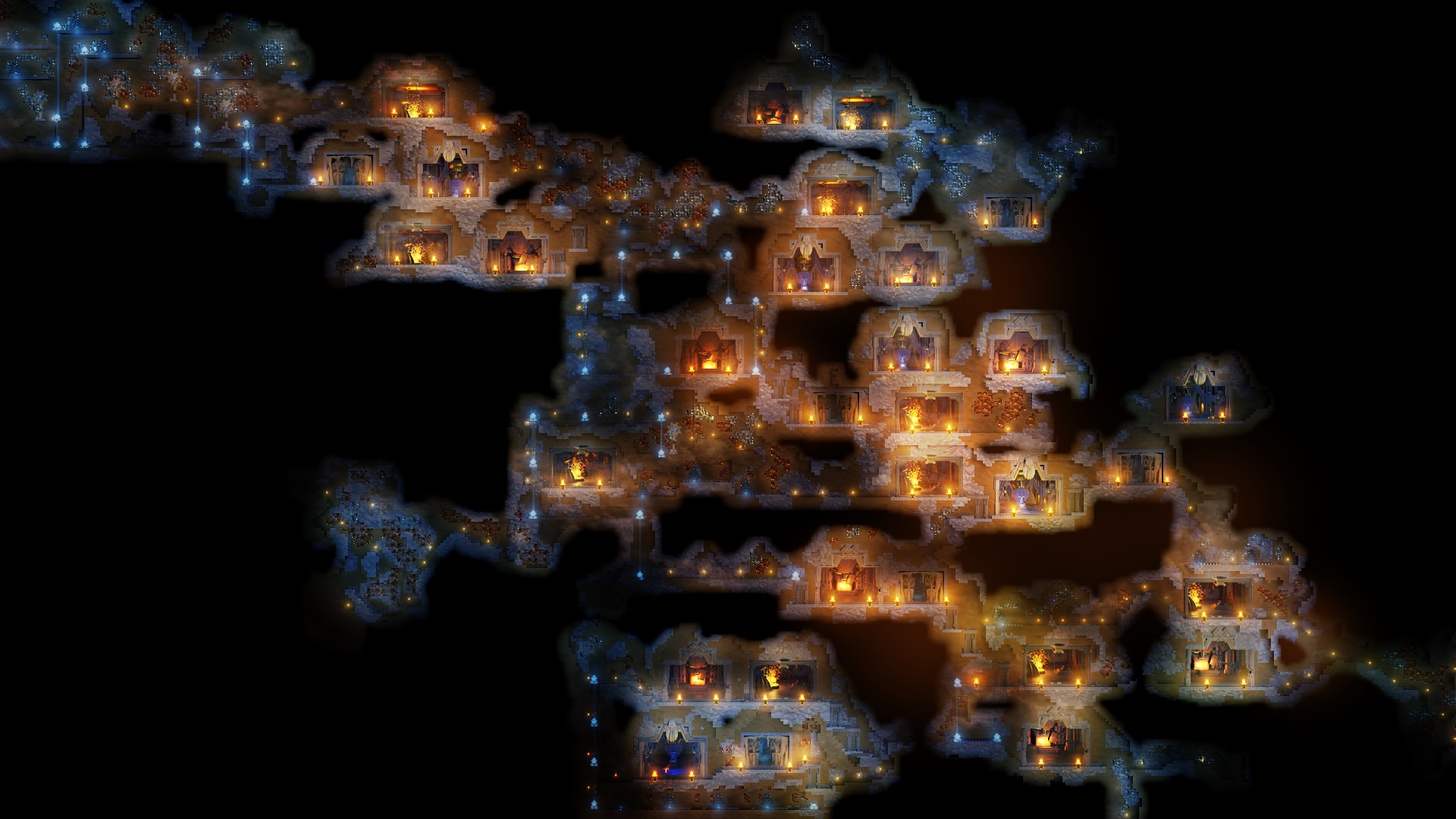 Hammerting is the first game being made by Warpzone Studios, a five-person company based in Stockholm, and headed up by Linda Zetterman, a former executive producer at Paradox. It’s currently slated for release in some form - probably Steam Early Access - at the start of 2020, and I called Zetterman yesterday to delve greedily into its development.

The game’s site describes it as a “vertical dwarven mining colony sim with RPG elements”, which is fair enough, if a bit of a mouthful. Played with a side-on view reminiscent of Oxygen Not Included (which Zetterman says was one of the game’s inspirations), Hammerting tasks the player with digging a dwarven settlement into the ground, and extending its reach downwards into more lucrative and dangerous territory. 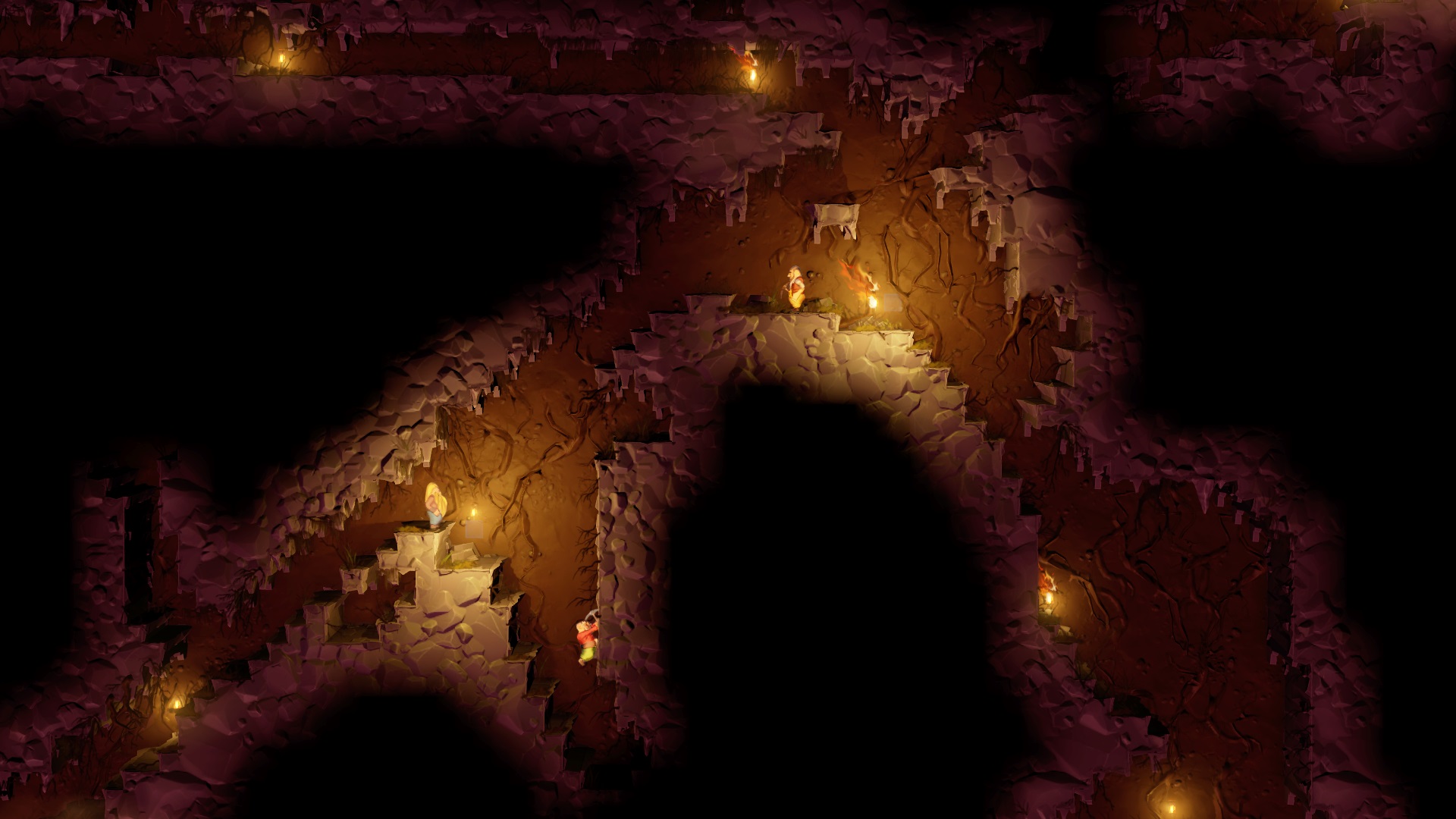 What are the dwarves after? Metals, gems and minerals, as per bloody usual. But in a twist I enjoyed, they’ve also got a lucrative side hustle as arms dealers. “While the dwarves will have some threats underground to deal with,” explains Zetterman, when asked about the game’s combat, “they’ll be forging most of their weapons for the war that’s going on topside.”

As shown by the game’s announcement trailer (which is very pretty, and has serious Hearthstone energy), that war would seem to involve orcs, while Zetterman says vampires and other fantasy species could get drawn into the mix too. What’s more, your Dwarves will be able to keep track of how well the various factions are doing via an overworld map, and sell their kit to whoever they like. I get the feeling this side of the game is still largely on paper, but I for one have always thought a game about amoral fantasy arms dealers would be a winner, so I’ve got my fingers crossed. 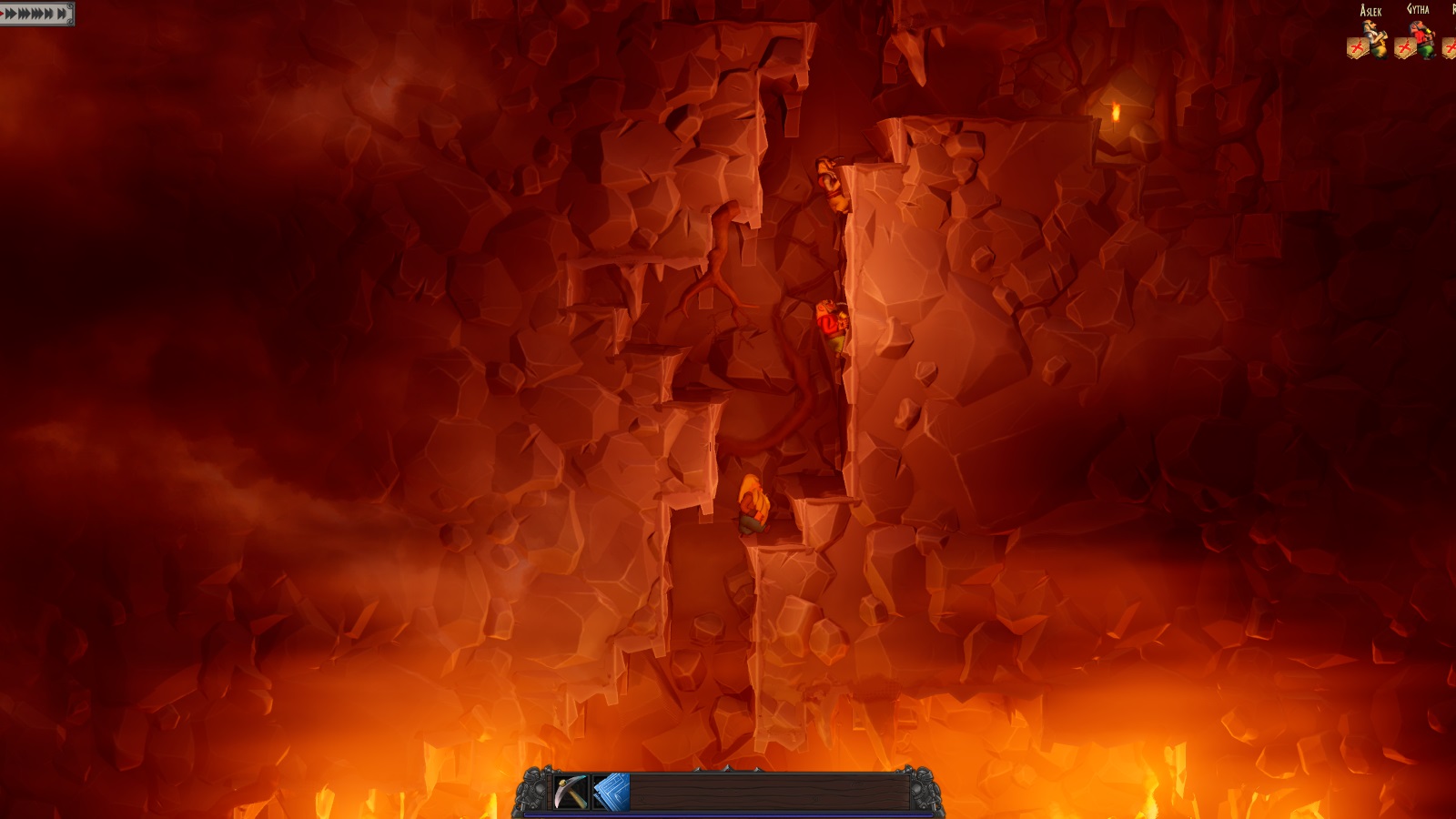 At present, Hammerting’s scope is very much skewed towards managing small groups - “I hear seven is a good number for dwarves,” says Zetterman - with a pronounced focus on dealing with colonists’ oversized personalities. “Dwarves should be grumpy,” she argues. “They should hold grudges, and be very concerned with ancestry and status. Fredrik (Warpzone’s CTO) has been talking about introvert dwarves who’ll take longer routes to avoid others, and extroverts who’ll go out of their way to socialise with them and have fun.”

While Zetterman freely admits that to even attempt to replicate the complexity of Dwarf Fortress with Hammerting’s art style would be a fool’s errand, it seems Warpzone are keen to implement a version of the social and personality modelling which made DF so intriguing as an emergent story generator. 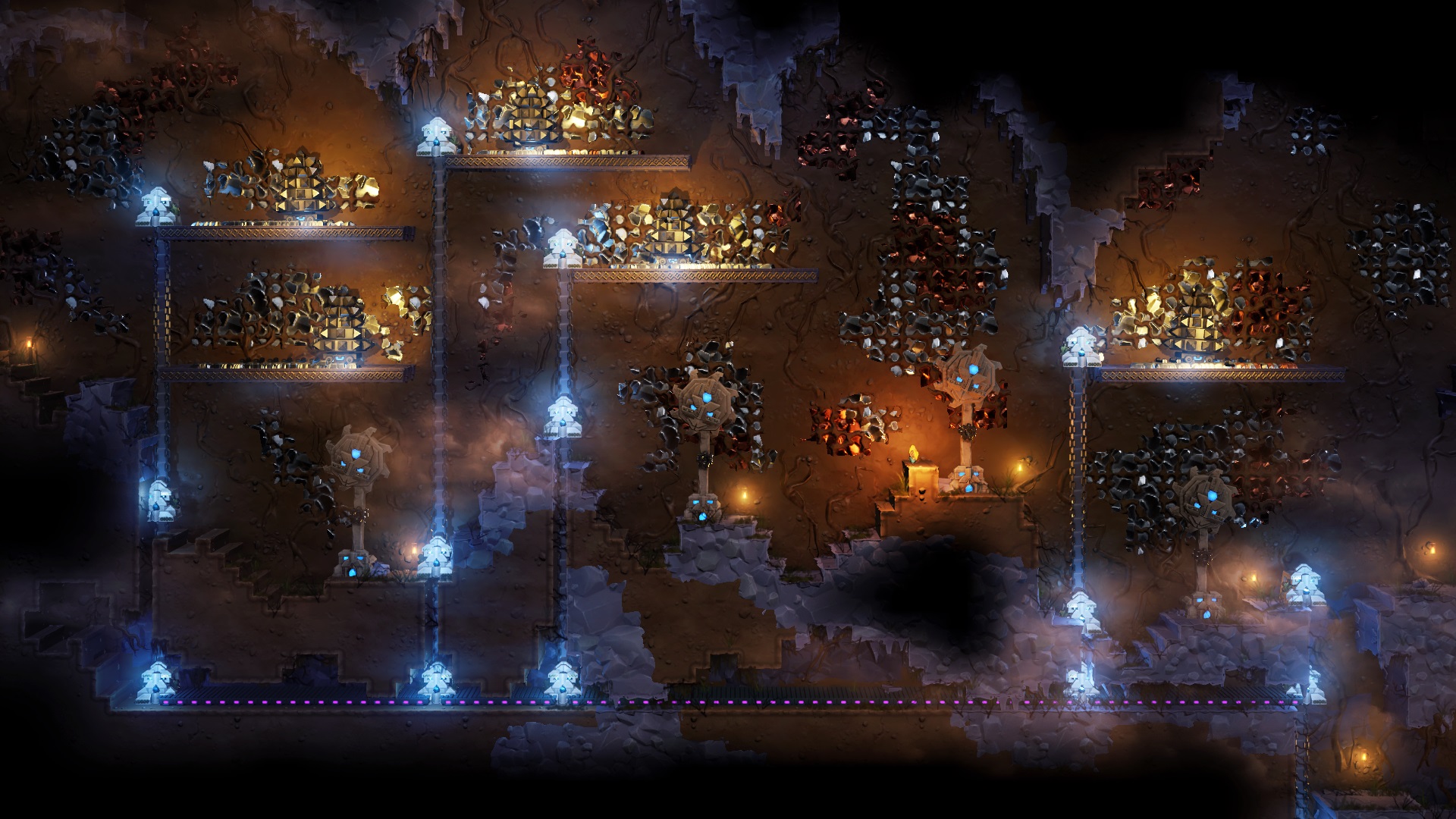 Another mechanic Warpzone seem keen to borrow from Dwarf Fortress is full fluid modelling, presumably through the sort of side-on implementation seen in Oxygen Not Included. At present, water, magma, beer and whiskey are all planned, a quartet which seems like a pleasingly dwarven interpretation of the four classical elements.

There’s only one thing more I need to know about Hammerting, and that’s whether dwarves of all genders will be blessed with flowing beards. According to Zetterman, it’s a point of some debate at Warpzone. While she has a great respect for the omni-bearded dwarves of Pratchett and Tolkien (even though the latter never managed to portray a single non-male dwarf), she isn’t sure how they’ll be able to differentiate female dwarves onscreen without making them clean-shaven.

My position on this is clear: it doesn’t matter. Give all the dwarves beards. If Warpzone can only do the right thing on this one question, I think they’re in with a fair shot at creating the definitive new-player-friendly answer to Dwarf Fortress.

Fun fact! The game’s name comes from the Hammarting, which was a historical Swedish name for the council of elders in control of colossal water-driven forge hammers. That’s pretty fucking cool, isn’t it?