It was inevitable that this would feature in a Have You Played article. Dark Souls III heralded the end of the wildly popular trilogy of punishing games, and it was the culmination of everything From Software learned over the Souls years. But of course, you probably knew that. You probably don't know, however, that according to the deep and secret lore of Dark Souls 3, one of the giant crab enemies is called Carol.

Yes, Carol, and she is the single mother to the many child crabs of a swampy forest on the Road of Sacrifices. How do I know her name is Carol? It's lore, okay. Don't you trust the lore? Before the events of the game, Carol came to an accord with the undead of her forest. If she left them alone to kill the Ashen Ones in peace, they would leave her children alone. For weeks, this arrangement suited them and she grew to a colossal size. It's unclear how, but that's how it is. It's lore. 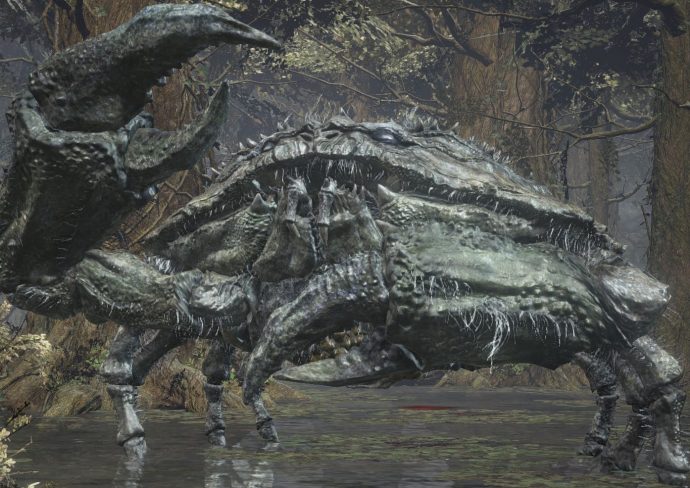 Then the Ashen Ones starting showing up, out of the blue. Filthy players. The zombies saw them and uprooted tree branches to use as weapons. Carol thought it best to stay out of the way, after all, nobody was harming anything she cared about. But suddenly she heard a little shriek. She recognised it at once: one of her babies! Brutally slain in cold blood by an Ashen One. Without a second thought, she bounded toward the shriek and crushed the transgressor with the violent fury of a scorned mother. You can find all this in the item descriptions. Miyazaki told me so.

Carol thought it was over. But alas, more players came, more of her children were slain. She vowed to kill every Ashen One, until one managed to slay her. Then she realised her children were being revived, just as she was being revived now. Cursed to roam the forest forever, slaying unsuspecting players who kill her children for the hundredth time. Carol just wanted to be left in peace. But you couldn't let her have it.