Am I a bad dad for letting my daughter run around with a pet bear cub? Almost certainly given the circumstances, but seeing as how I'd already let her enlist a snail, magical rooster and a prickly hedgehog into her army of so-called 'secret agents', I thought it would be churlish, if not positively unfair, to deny her this new, grizzly companion. After all, my incompetent staff had either eaten or sat on the rest of her strange menagerie, and I did not want a repeat of more tears and tantrums in my already shambolic throne room. She promised she would feed it and look after it, and that was good enough for me.

Besides, when you've already got one daughter being held ransom by her tyrannical husband whose hostile army are breathing down your neck, not to mention precious few resources to help deal with your own belligerent peasants, a bear cub seemed like the least of my worries in Brave At Night's medieval management RPG Yes, Your Grace, so I thought, what the heck? Might as well add another potential disaster to the pile.

You're under a lot of pressure to keep things afloat in Yes, Your Grace. Every week, you'll have to deal with villager petitions for money, supplies or maybe the aid of one of your generals or witches to help deal with a problem back at home. Sometimes they're modest requests, such as a bit of gold for building an inn, while other times you're dealing with the outcome of a flood or some other natural disaster where everyone's starving and they need dozens of food supplies - and unless you're particularly thrifty, there's always going to be someone in your weekly queue that you're going to have to disappoint.

But all those requests pale in comparison to the larger threats looming over your head. As well as navigating the family politics of marrying off your eldest daughter in exchange for troops to help defend yourself against an imminent invasion, you've then got to win the support of the neighbouring lords and ladies when you suddenly get accused of murdering your daughter's new in-laws and all hope of that extra military support gets withdrawn. Then, if all that wasn't enough, you've got to prepare for yet another invasion right at the end of the game when your horrible son-in-law decides to take his revenge. 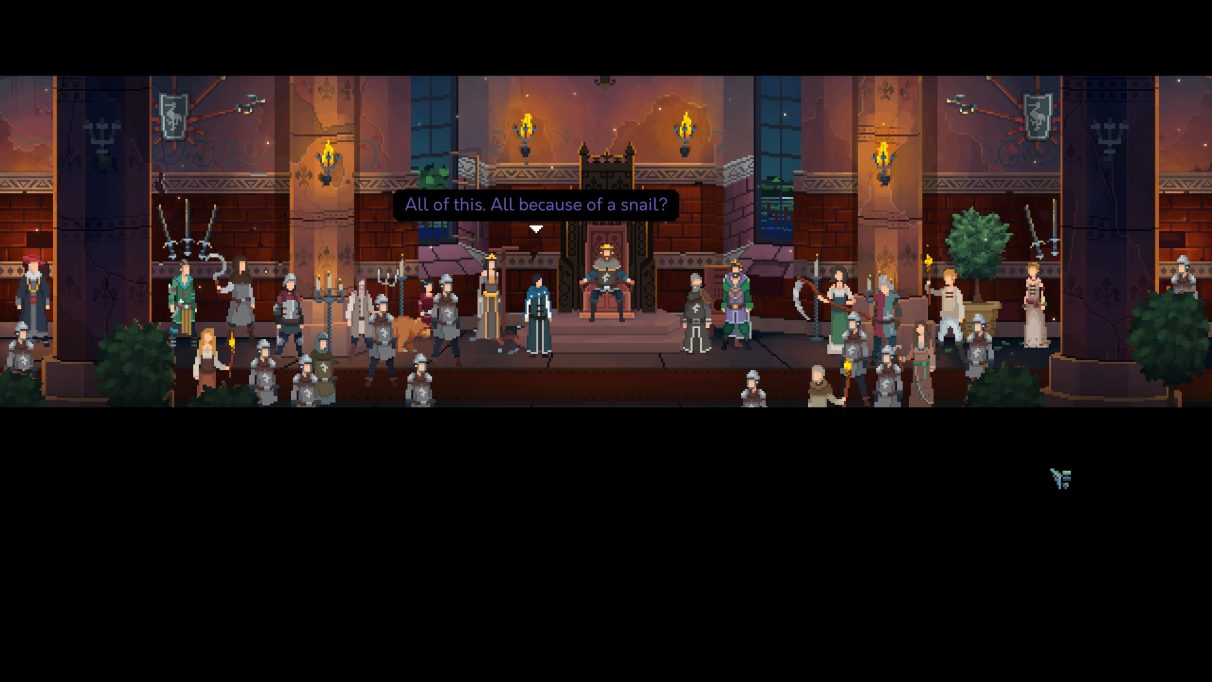 It's a lot to manage when you never had much to begin with, but constantly being up against the wall like this is precisely what makes Yes, Your Grace so brilliant. Instead of agonising over every decision, wondering which one might benefit you more in the long run and which one will lead to almost certain disaster, I found that the sheer desperation of my situation made me much more likely to take bigger and bigger risks. So what if a bear cub isn't a suitable pet? We might all get ballista-ed tomorrow, so we might as well have some fun while we still can, right?

It's the same kind of attitude I took with Disco Elysium, where you're almost actively encouraged to do stupid things just to see what the outcome is. For instance, if my inner monologue is telling me I'm some kind of superstar cop, then why the hell shouldn't I be? I like games that give me this kind of freedom, and knowing when to have a laugh in amongst all the serious management stuff is one of Yes, Your Grace's greatest strengths. It just makes all the doom and gloom a bit more bearable, you know?

As it turns out, agreeing to have a bear around the house proved to be a very good dad decision on my part, although I won't say why for fear of spoilers. Generally, it pays to be nice in Yes, Your Grace, even if at the time it seems like an incredibly bad idea. Yes, I might have contracted a horrible rash when I 'cured' a local peasant by laying my hands on him, but relieving him of his ails then meant that he and his pals were more than happy to stand alongside me when things got tough. And if that's not the kind of loyalty that's worth fighting tooth and nail for, I don't know what is.