It's not fair. I only get a handful of presents when it's my birthday, but Heat Signature gets more new features than I can squeeze into this intro. To celebrate one year of sneaking around spaceships, today's update adds a daily challenge, playstyle-defining character traits, four special enemies and new mission types and hazards. The AI has been taught some new tricks, too.

The update officially goes live at 6pm UK time alongside a 40% discount, but I've already been poking around in the beta branch. If you liked Heat Sig, it's definitely worth revisiting. And if you didn't.

You can find all the details here, or watch me weave them into anecdotes below. S'up to you.

For my first life, I picked a lucky technophobe who'd taken a vow to never harm anyone. Unfortunately, every available mission required me to break that vow. More unfortunately, the 'technophobe' trait gives your gadgets a 50% chance to break whenever you use them. I fried my starting kit and got chucked out of an airlock before I had the chance to boff anyone.

As developer Tom Francis points out, those traits do more than affect your playstyle. They turn a blob of pixels and gadgets into a personality. It's vital that you can now keep re-rolling your starting characters, mind - I really didn't fancy playing anyone who would die in ten minutes or couldn't use melee weapons.

Heat Signature is built around figuring out how to accomplish stuff you don't have the tools for. This update has brought in a heap of new problems but hasn't added new tools to deal with them - unless you turn those problems into solutions. I foolishly went went on mission where I had to capture someone alive, but didn't along any non-lethal weapons. Then I realised I could lure my target over to one of the new teleport pads, and beamed us both into space.

Later on though, those teleport pads were the source of my destruction. If you sound the alarm on certain missions, new special enemies will start trickling in. They rock up with toolkits that make the spaceship you're on a spaceship you'd much rather not be, unless you can think your way around their defences. One of them instantly kills you if you go anywhere near him, so good luck with that. 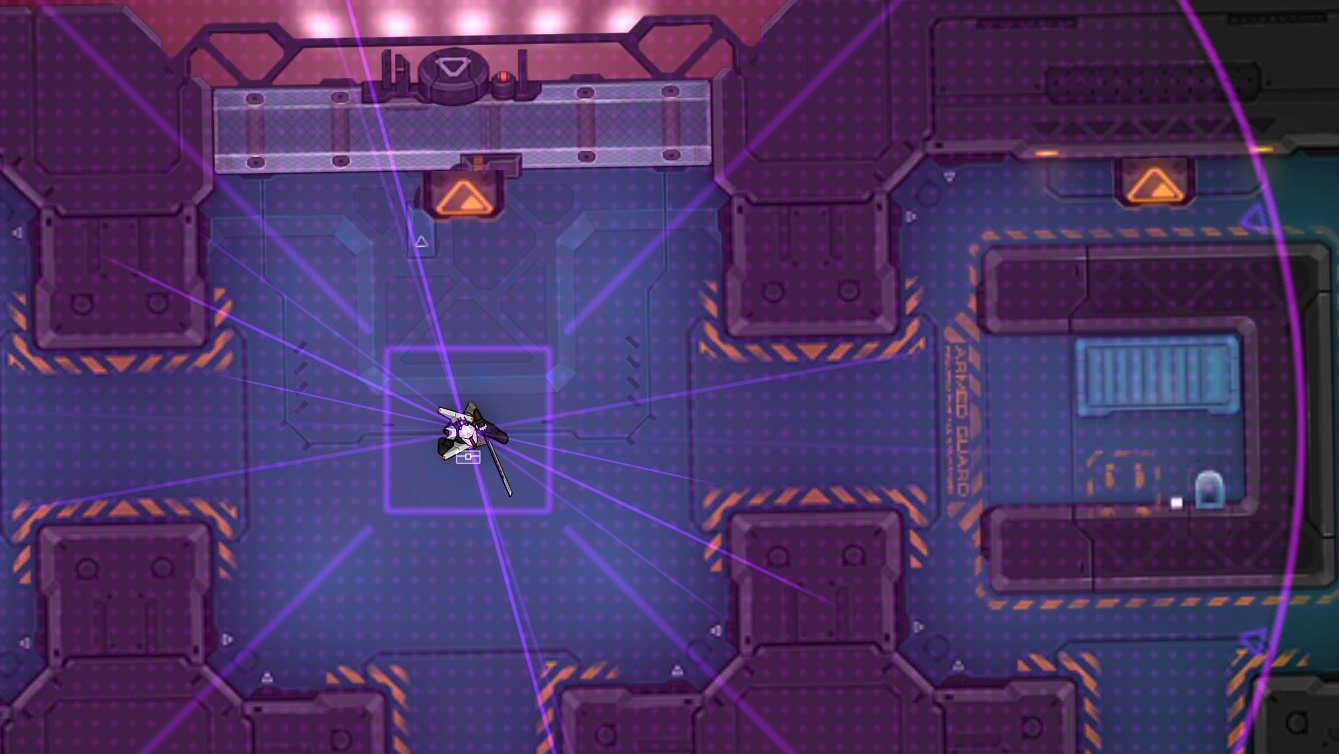 Remember when Tom wrote an article for us about how much he likes betting on himself in 868-Hack, and how he was figuring out how to bring the idea to Heat Signature? Well, he did. The new daily challenge mode lets you buy whatever you like from shops, but each purchase reduces your score. Nifty, that.

There are also AI adjustments and quality of life changes that improve things no end, but I'll wrap this up by pointing at the new Steam trading cards.

Normally that would be stupid, but rather than throwing any old guff at those cards the devs have used them to tell stories. Each card features an anecdote they received from someone in the past year, now immortalised in the game's lore. Go and give 'em a read.

Disclosure: Like I said, Tom writes for us sometimes.